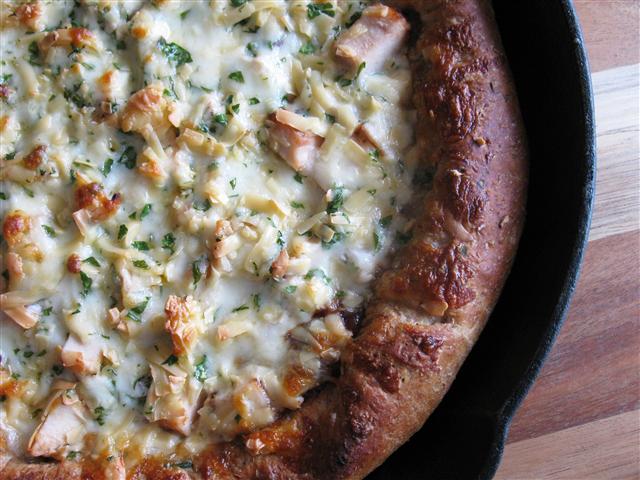 When I eat at new (to me) restaurants I love trying new dishes, but there are a few places that I go to for certain foods.  When I lived in Florida there was a California Pizza Kitchen nearby and my friends and I would often go there specifically for the BBQ Chicken Pizza.  The combo of smoky Gouda and gooey mozzarella is fantastic, and the BBQ sauce adds a great burst of sweet/tart flavor.  Despite it being a chain, there isn’t a California Pizza Kitchen near where I currently live, so the only way I get to enjoy this pizza is by making it at home.

I decided to make this pizza a little differently than how I normally make pizza at home.  I usually cook my homemade pizza on a pizza stone, but I’ve heard that it also cooks well in a cast iron skillet and I wanted to give it a try for myself.  One of the main reasons I love cooking with cast iron is because of its even heating, which ended up working perfectly for making pizza.  The one difference I noticed between using a cast iron skillet instead of a pizza stone is that the crust came out thicker.  If you’re a fan of stuffed crust pizza, I think it would turn out very well made in a cast iron skillet…I may try that next time! 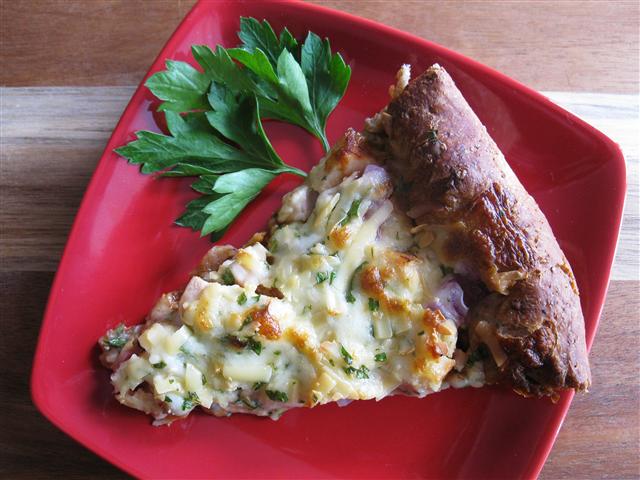 2 TB minced fresh cilantro (or parsley if you prefer)

Olive oil (to oil the skillet)

Preheat the oven to 500F.  Spread a little olive oil inside the cast iron skillet, then stretch the dough to cover the bottom of the skillet and go about 1 inch up the sides; use the tines of a fork to prick the dough on the bottom of the pan.  Toss together the 2 cheeses and the minced cilantro.  Spread the BBQ sauce on top of the dough (leaving about a 1-inch border around the whole pizza) and sprinkle on half of the cheese.  Spread the onion and chicken on top of the cheese, then top with the remaining cheese.  Bake for 12 minutes at 500F, then turn the oven down to 350F and bake another 6-9 minutes. 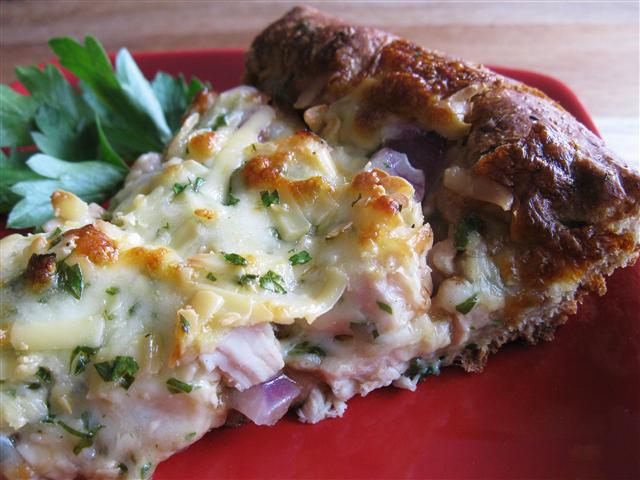