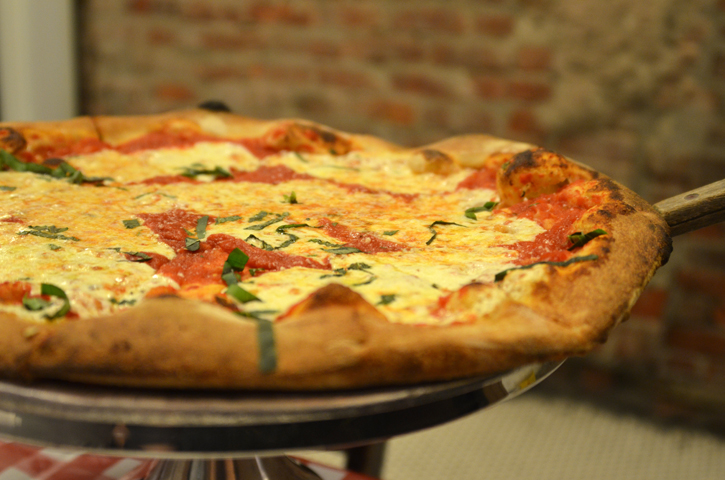 One of Mike’s favorite places to go in New York City is Little Italy…I have no idea why, other than the fact that he’s watched The Godfather a few (hundred) times too many.  I really have no objection though, since it’s just around the corner from both SoHo and Chinatown, two places I love to meander through.  Last time we were in NYC we found ourselves hungry in Little Italy and craving pizza…since we’ve never been, we had no choice but to check out Lombardi’s.  ;) 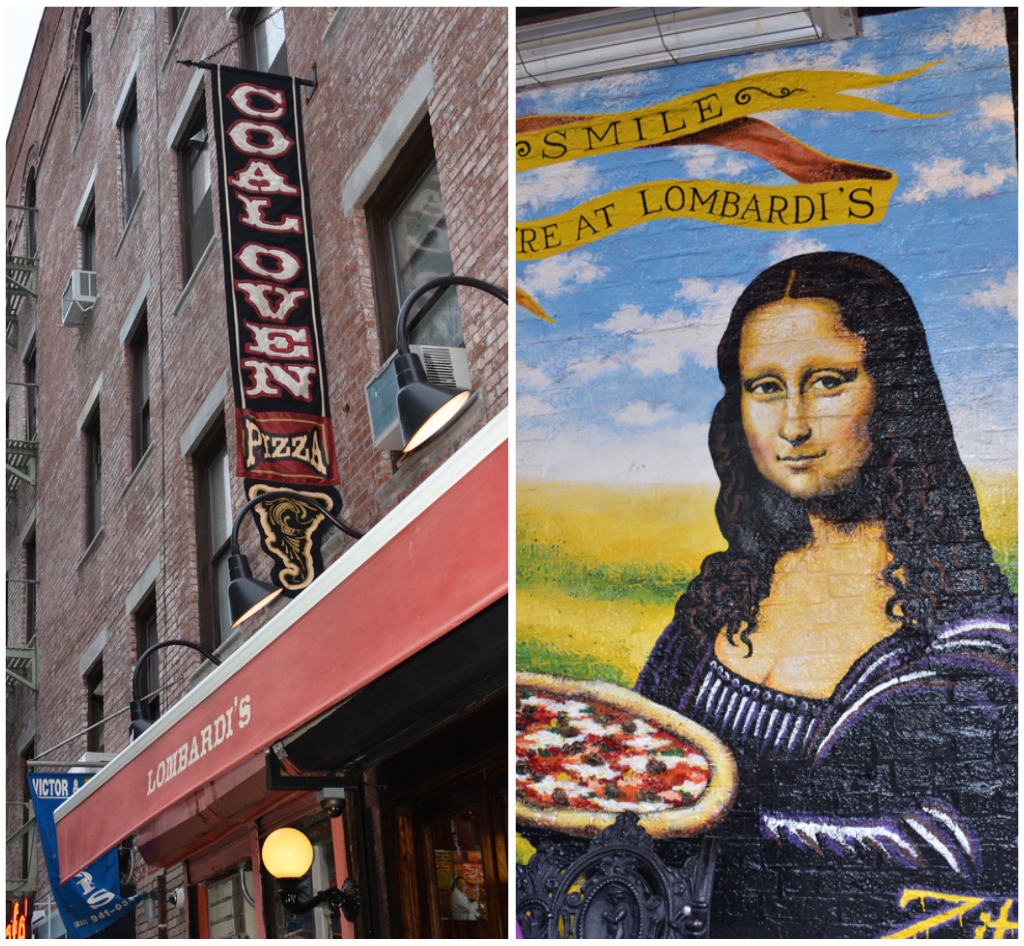 We came at an off time (around 4 in the afternoon), which was in our favor because even though the restaurant was pretty full, there was no waiting list and we were seated in the original dining room right away. 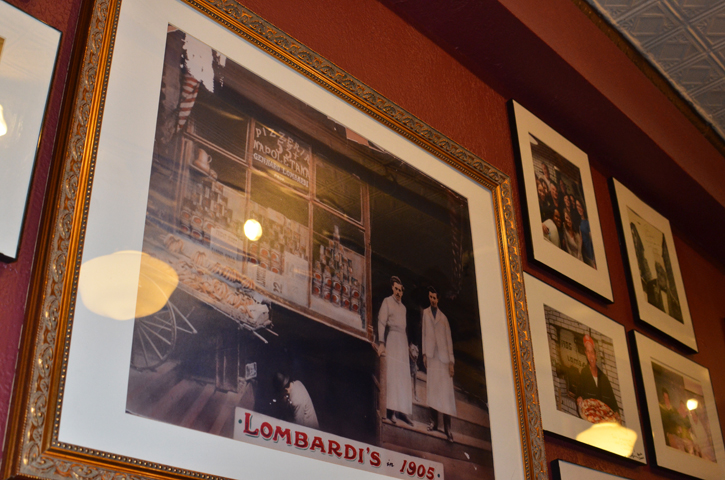 Within 2 minutes of being seated our waitress came by with ice water to take our order.  Neither Mike nor I had looked over the menu yet, but our waitress seemed to be in a bit of a hurry and we ended up not even looking at the menu once!  It didn’t matter though, since we already knew what we wanted to order – the Margherita pizza!

While we waited for our pizza, the manager was kind enough to let me take a few pictures of their amazing coal ovens… 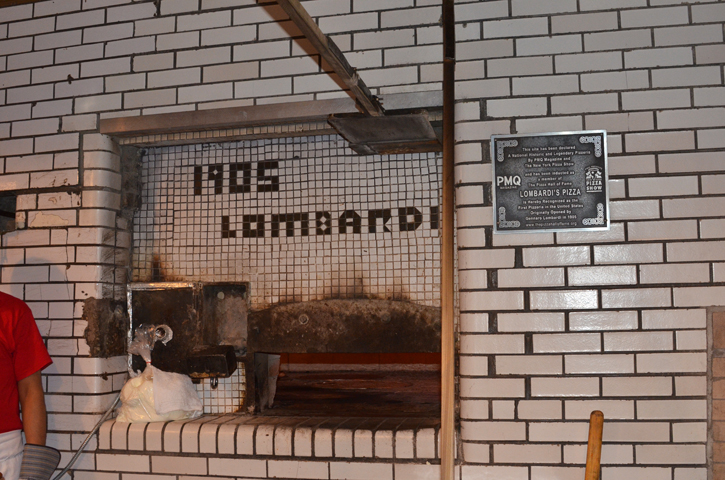 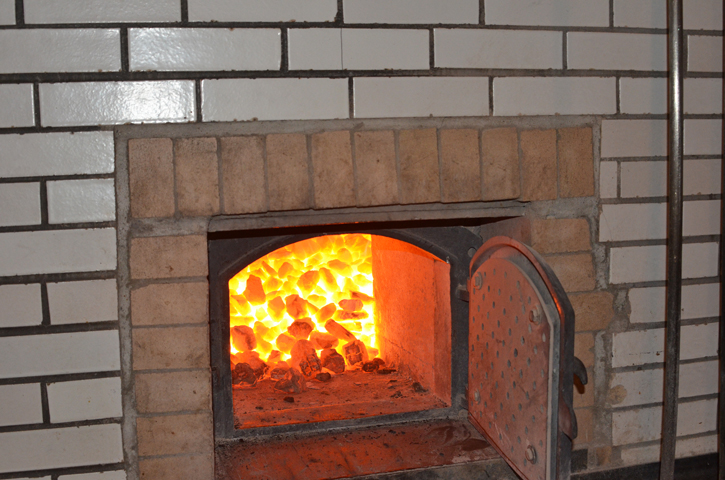 And then the pizza came and stole our full attention. 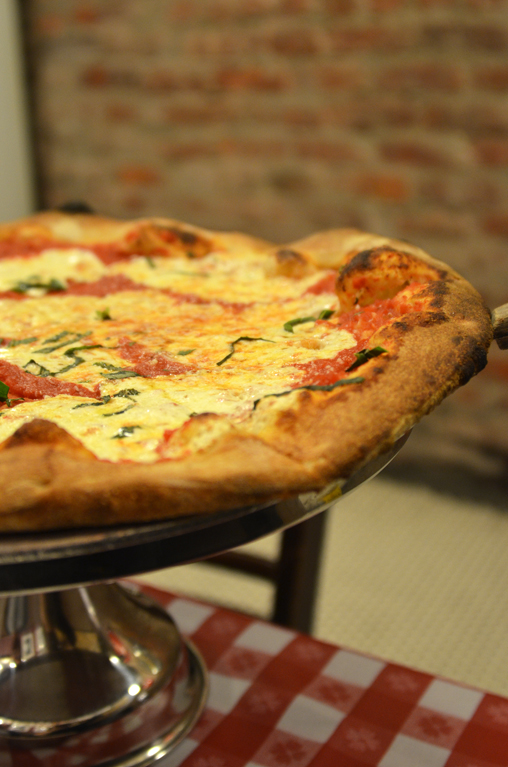 The crust was thin and chewy, just the way I like it (as crazy as it may be, I’m seriously considering moving to NYC for the pizza alone…and Mike isn’t putting up any argument!).  Just take a look at this thing of beauty… 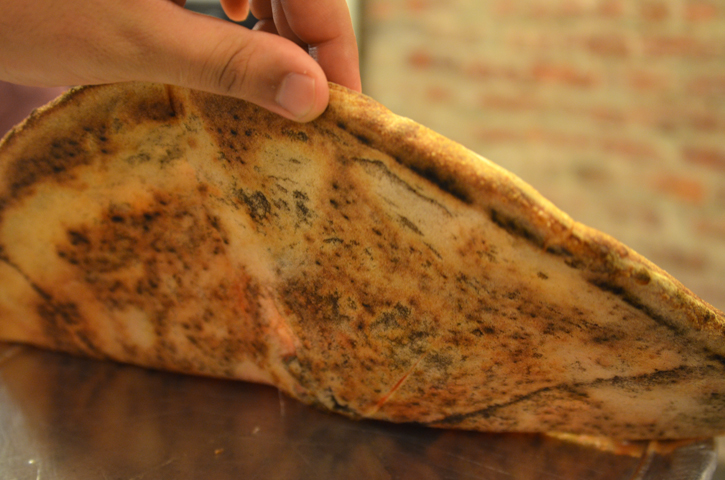 We were pleasantly surprised that there was a generous amount of cheese, especially for Margherita pizza (which can sometimes be lacking in cheese!).  There was fresh basil sprinkled on top and we think a little drizzle of olive oil.  Mike swore he could taste garlic, but the waitress said they don’t put garlic on their Margherita pizza (even in the sauce) unless requested. 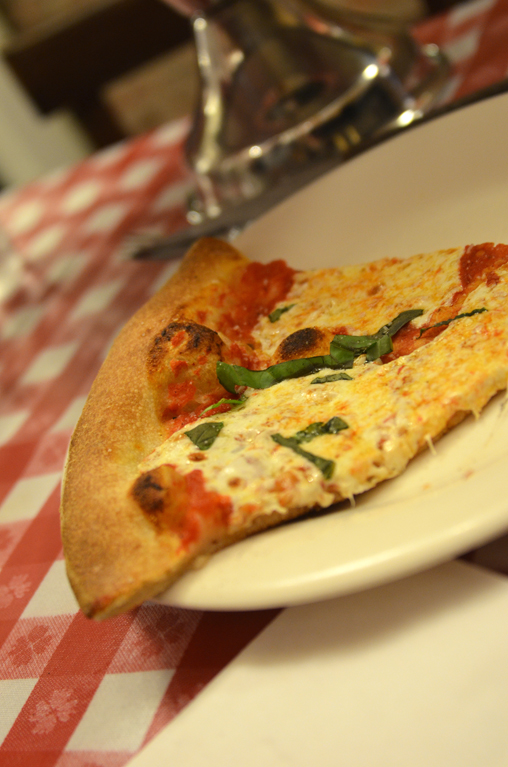 All in all, it was a fantastic pizza, and my only complaint was how salty it was.  I like a nice balance between the sweetness of the tomatoes and basil and the saltiness of the other ingredients, but unfortunately their sauce was so salty that it completely overpowered any natural sweetness.  That being said, their crust is some of the best I’ve had.  (I’m still on my quest to find the perfect New York pizza, lol!) 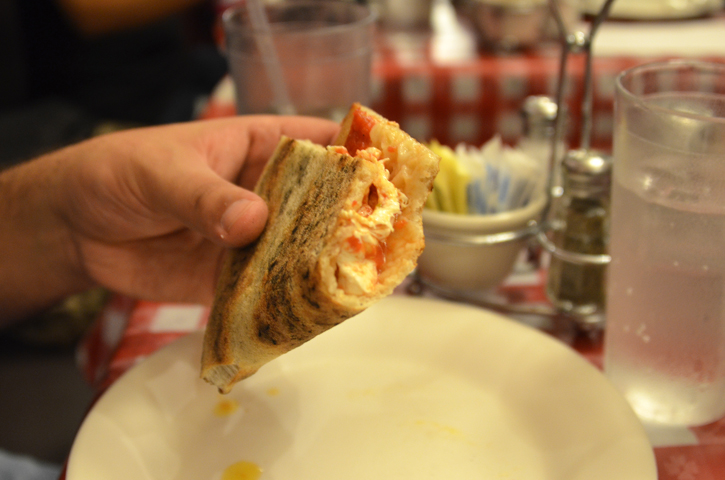 The best way to eat New York-style pizza, as demonstrated by Mike…

And just a heads up regarding payment – they only accept cash!  There is a conveniently located ATM in the restaurant though.  ;)