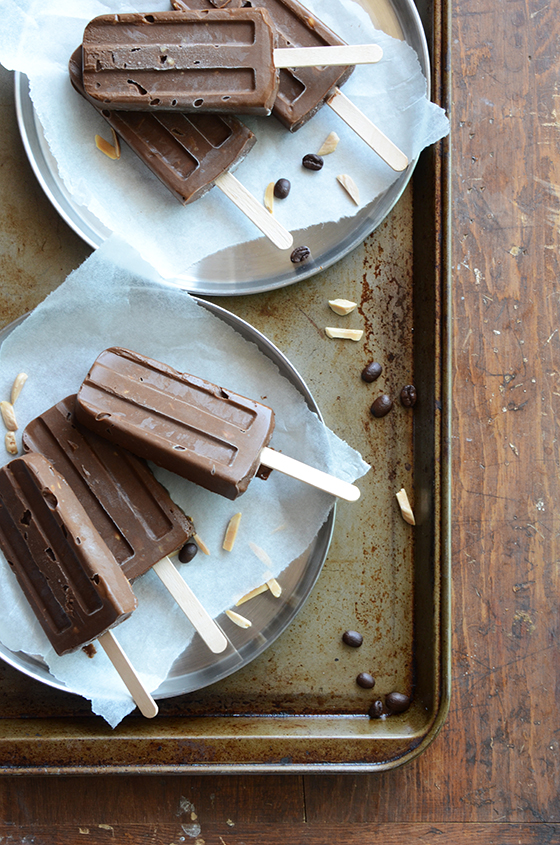 Anyone else remember Swiss Mocha-flavored soft-serve growing up? It was one of my favorite flavors, and is definitely worthy of a healthier makeover in popsicle form.

So recently, that’s exactly what I did.

And I have a funny story about these popsicles…

On the day I made these pops, my brother and his girlfriend stopped by to drop off my niece. It was a real scorcher outside; I wanted to offer my guests a little something to cool down, so I mentioned that I had made fudgsicle-style popsicles. It was basically a mad dash for the freezer. 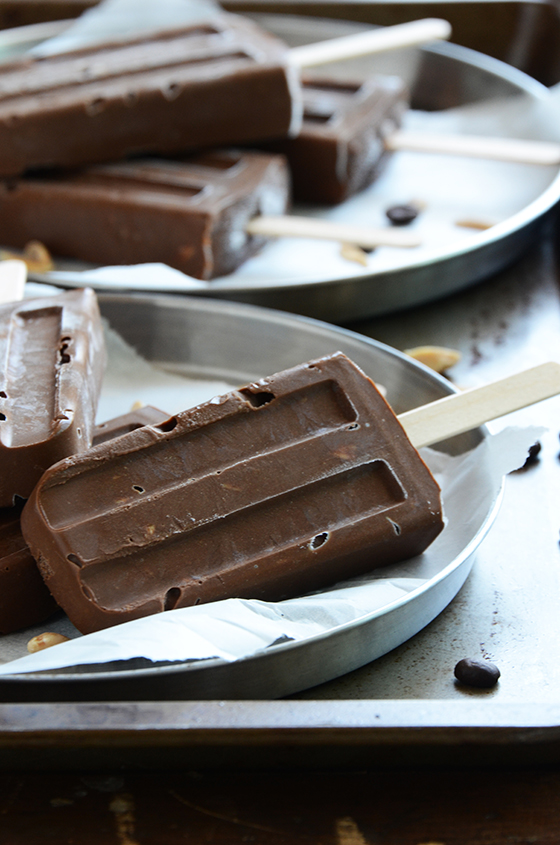 As everyone was sitting around enjoying their popsicles, my niece asked what was in them. She knew they were homemade and therefore healthy (she knows me too well), and one of her favorite things to do is guess ingredients. So she set out guessing.

My brother joined in, and they guessed healthy things like banana, pumpkin, and yogurt (which I’m pretty sure were all just random guesses, lol). I told them it had a fruit in it that is full of healthy fat, and when no one could guess what it was, I revealed that the secret ingredient was avocado.

My brother and niece were excited, saying things like But they taste so good! and Wow, I never would have guessed! My brother’s girlfriend (who I adore despite the fact that she does not like avocado, lol) gave me a giggle though; she handed her 2/3 eaten popsicle to my brother, asked him to finish it, and told me she had eaten a big lunch. My niece and I both got a good laugh out of that later as my niece ate her second popsicle.

I’m telling you, give these pops a try. You won’t know they’re full of healthy things until you read the ingredient list.

I want to give a huge thank-you to the incredibly sweet and talented Heather from girlichef for inviting me to participate in her Summer of the Popsicle event. Head over to her blog for the full recipe for my Mocha Almond Fudgiscles!