My hubby recently surprised me with dinner reservations at a French restaurant where we’ve been wanting to go – Rue Franklin! 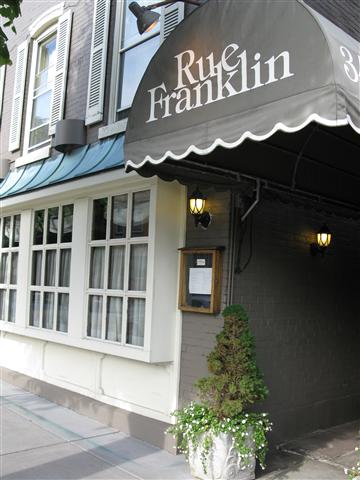 Mike is so sweet, he even had a local florist deliver a gorgeous bouquet of flowers for our table.  The whole evening was a beautiful surprise…thank you so much, baby! 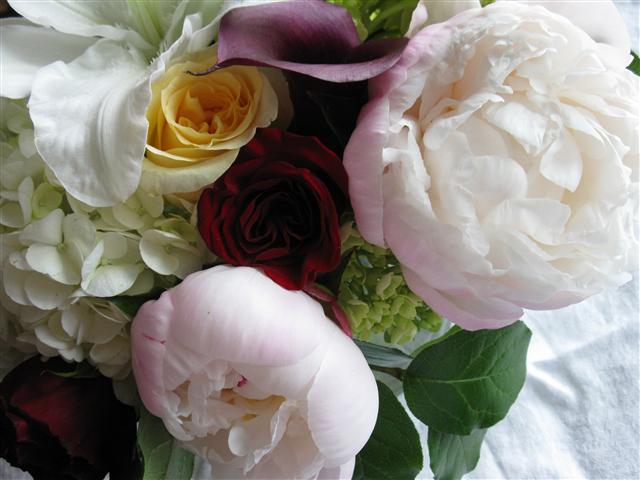 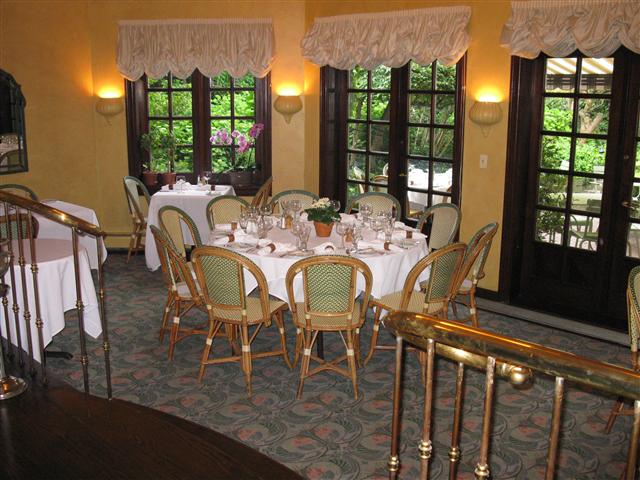 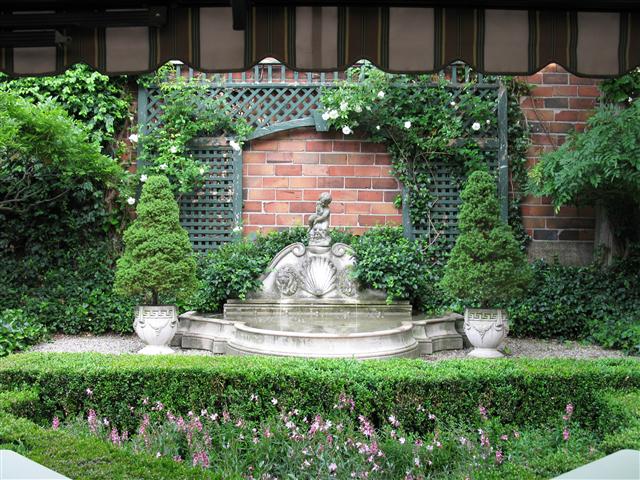 The nice thing about the menu here is that it changes seasonally so you know you’re always getting fresh, seasonal ingredients.  The meal started with warm baguette served with sweet butter.  (Is there anything better than warm bread with butter?  ;) ) 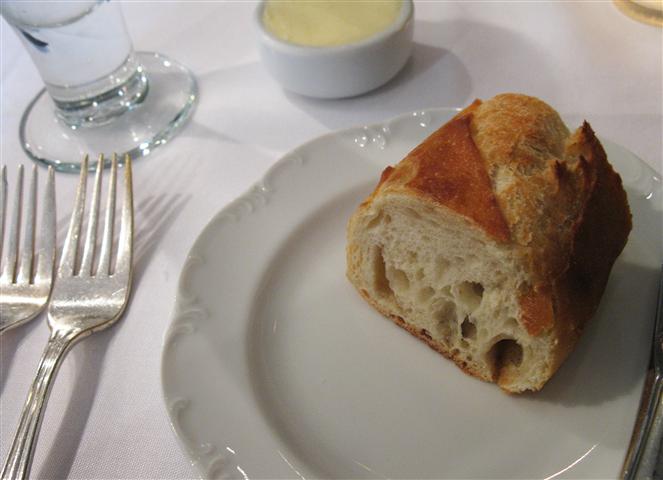 To start the meal, Mike had pureed root vegetable soup with pistou (which is a green herb sauce).  The soup had a velvety smooth texture but we both thought the flavor was bland, even with the pistou. 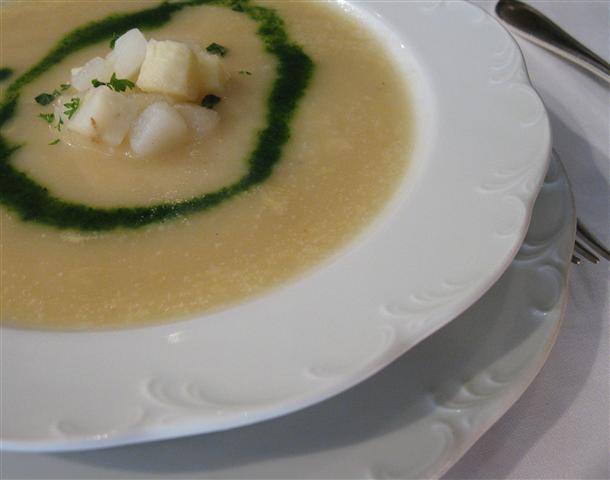 I ordered crabmeat, avocado, and potato timbale with onion relish to start.  The flavors of the sweet crab, creamy avocado, and pickled onion created a very well-balanced dish.  The one thing about this dish that I didn’t like was that the potato layer was cold mashed potatoes, which is something I’ve never been fond of (come to think of it, is there anyone who enjoys cold mashed potatoes?  :) ).  Since this was a cold appetizer, I think the potato portion might have been better as Potatoes Ana, or some other potato dish that tastes better served cold. 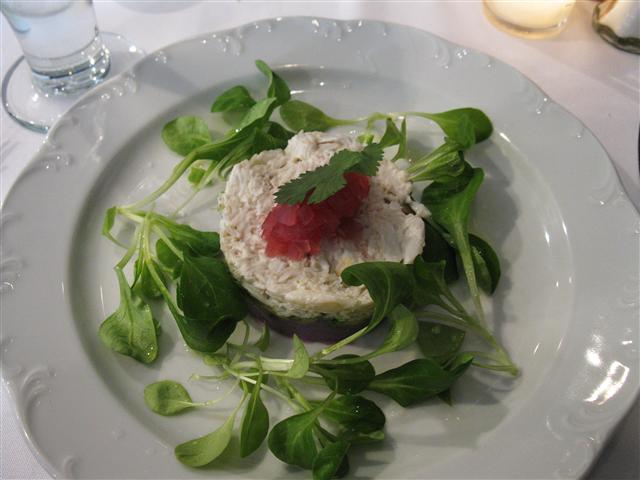 Crabmeat, Avocado, & Potato Timbale with Red Onion Relish (the potatoes are the purple layer at the bottom) 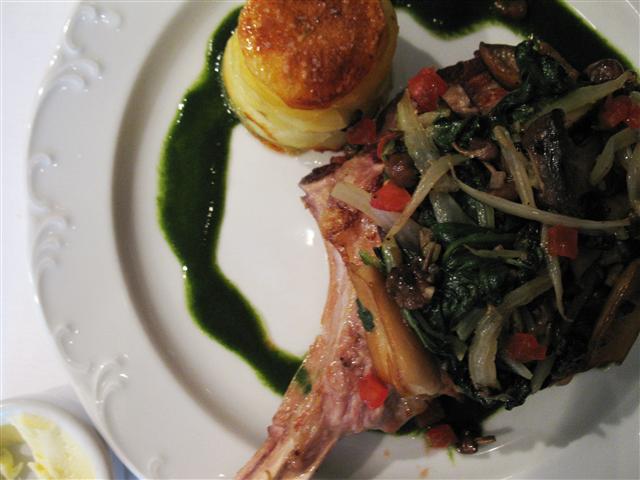 Mike also ordered sides of Potatoes Ana and rice pilaf to go with his main.  The potatoes were delicious, and the rice was nicely seasoned and flavorful, but was unfortunately overcooked to the point of being mushy. 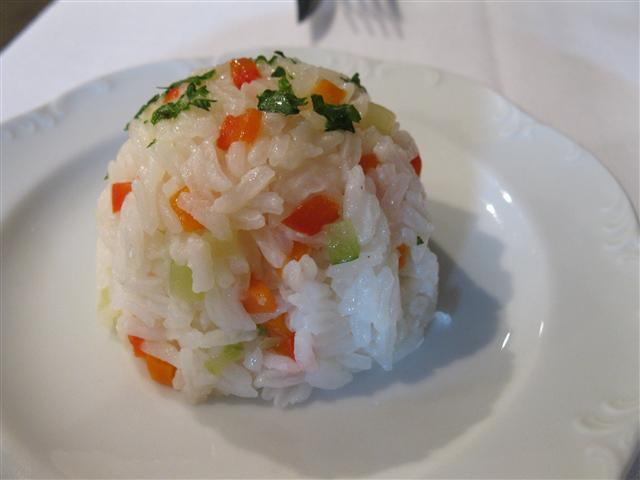 For my main, I had filet of sole with rice pilaf and lobster sauce, which was served with sugar snap peas.  The sole was fantastic – it was flaky and buttery and the sweet lobster sauce was the perfect accompaniment. 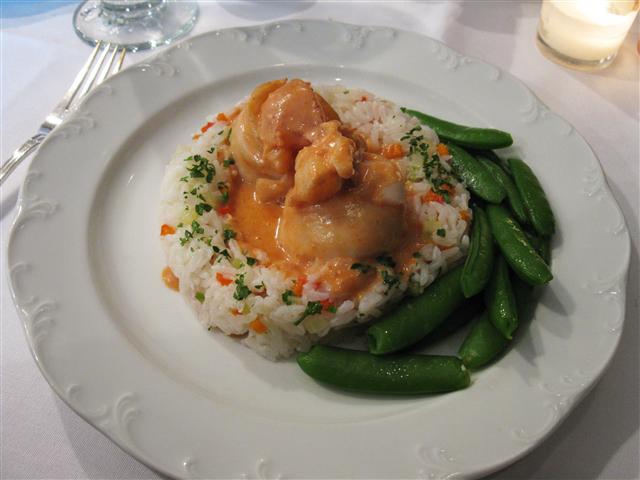 After our main courses we had a cheese plate, which contained Saint Paulin, Brie, Chèvre (goat), and Roquefort cheeses.  The Chèvre was coated in an herb mixture, which I thought somewhat overpowered the flavor of the cheese itself.  The Brie and Roquefort were standard (and delicious) – the Brie was soft and creamy and the Roquefort was complex with sweet, salty, and piquant notes.  I really enjoyed the Saint Paulin, which was mild and buttery with a slight tang, and literally melted in my mouth. 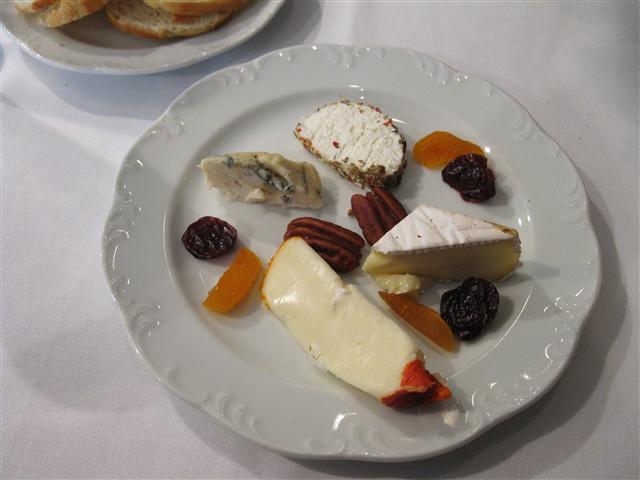 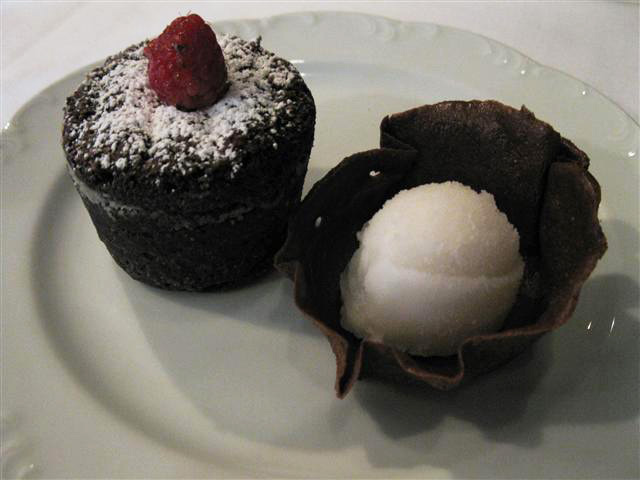 I was going to skip dessert (I was so full!) but the owner was kind enough to send over a complimentary bowl of three different sorbets:  grapefruit, banana, and mango.  The grapefruit sorbet (which was my favorite out of the three) was so light and refreshing; it was the perfect way to end the meal. 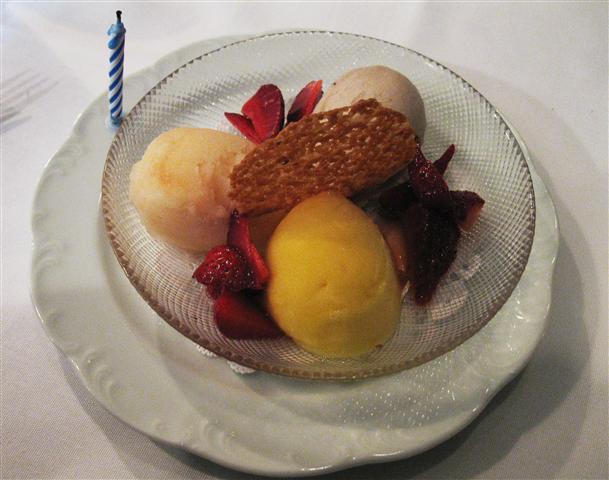 Sorbet Bowl (They lit the candle because this meal was a belated anniversary celebration…sweet, right?)

This is the "Wheat" Bread from mine and @laracleve