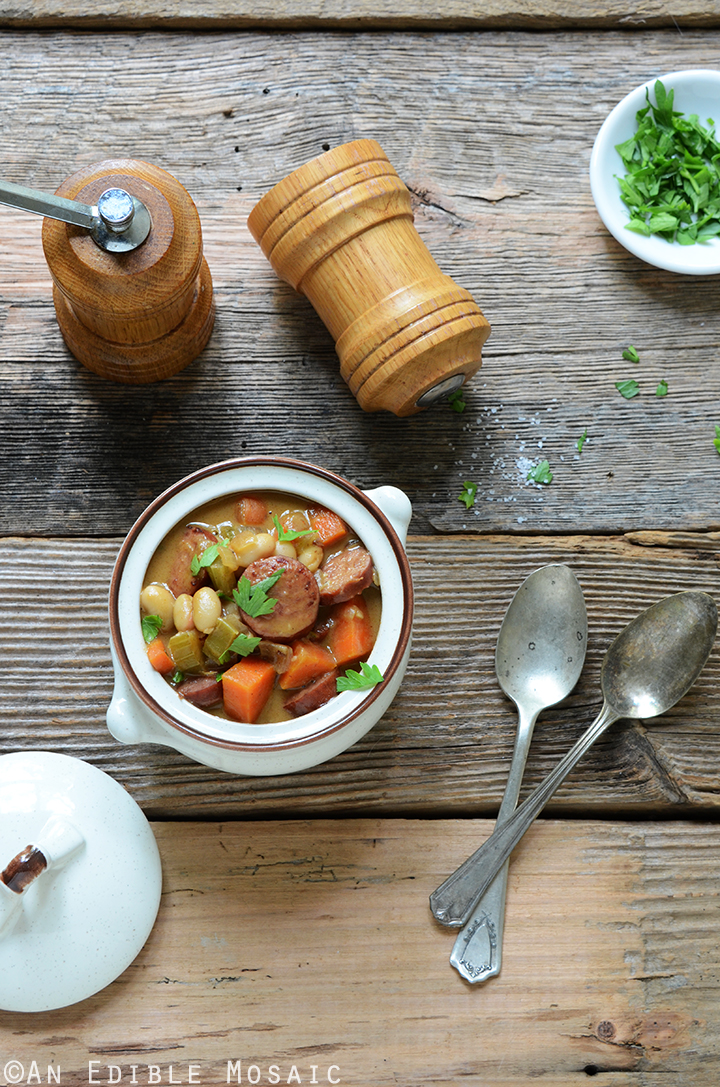 Until about a week ago, I thought we weren’t going to see much cold weather here.

And then last week hit with the full force of winter; high temps in the teens and about six inches of snow. (After our three previous “snowstorms” that produced less than an inch of accumulated snow each, I was about ready to throw a party to celebrate our snow! Or at least head outside and play in it.) 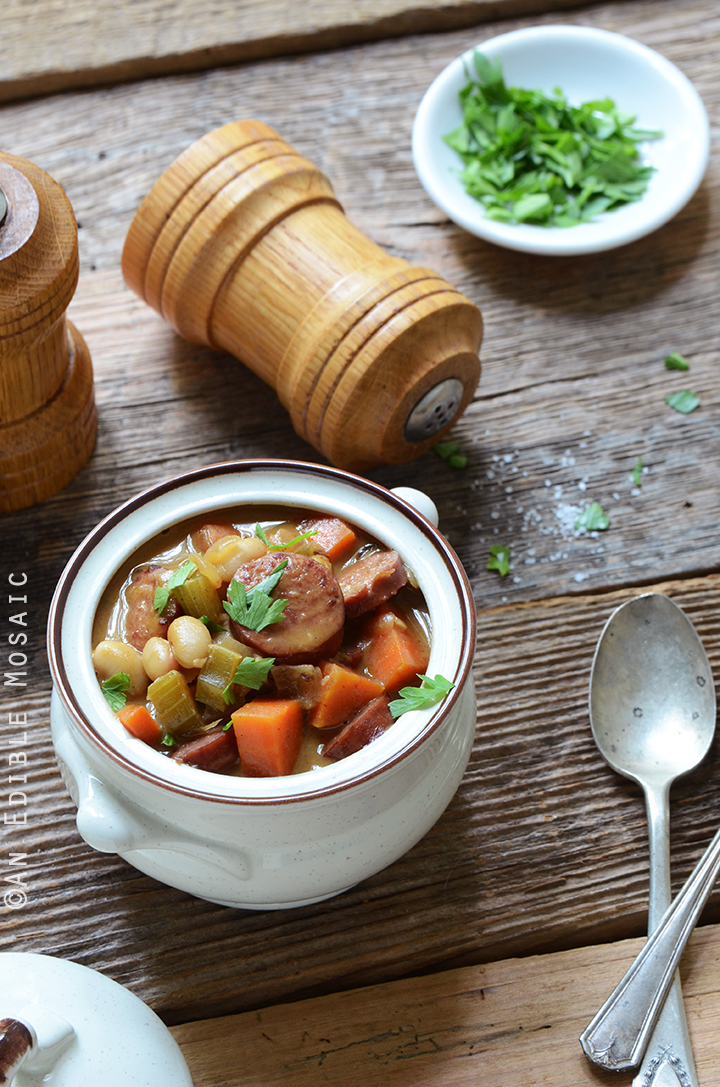 But even though the DC area (where we live now) is nowhere near as cold as Buffalo (where I grew up), my hubby and I spent the last year in Kuwait (where temps get into the upper 130’s in summer and generally don’t dip much below the 50’s in winter). And so now any temp below 40F feels freezing cold to me. (I admit it, I’m such a wimp, there’s no way I could handle a Buffalo winter anymore. Even Mike who used to shovel snow in shorts without a jacket now wears a winter jacket all the time!)

We’ve been enjoying our fill of warm comfort food lately to help us take the chill off, and there’s just something about peanut butter in a savory stew-type dish that completely says comfort food to me (hello, Thai Massaman Curry and African Peanut Stew). 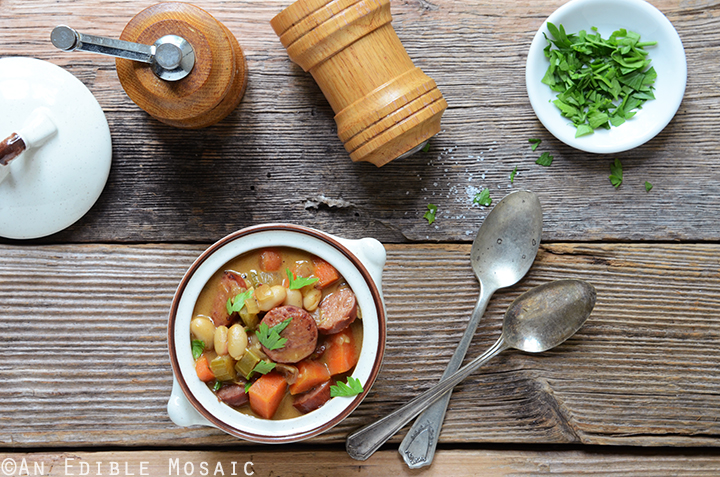 I based my Smoky Braised Sausage and White Beans in Savory Peanut Sauce very loosely on Creole Gumbo. Celery and onion are traditional gumbo veggies, and I used carrot instead of bell pepper. Smoky sausage and a few spices add complexity and dimension of flavor, and I used peanut butter as the thickener instead of roux.

Head over to the Peanut Butter & Co. Recipe Blog to check out the full recipe for my Smoky Braised Sausage and White Beans in Savory Peanut Sauce! And stay warm. :)

Disclosure: I received the Peanut Butter & Co. product that I used in this recipe for free, and I also received compensation for developing the recipe. I am happy for the opportunity to share brands that I believe in with my readers, and I hope you enjoy my recipe. As always, opinions stated are my own.

The other day I had Turkish coffee for the first t

“You can kill the dreamer, but you can’t kill

Mood. (Feel like hopping a plane back to Switzerla