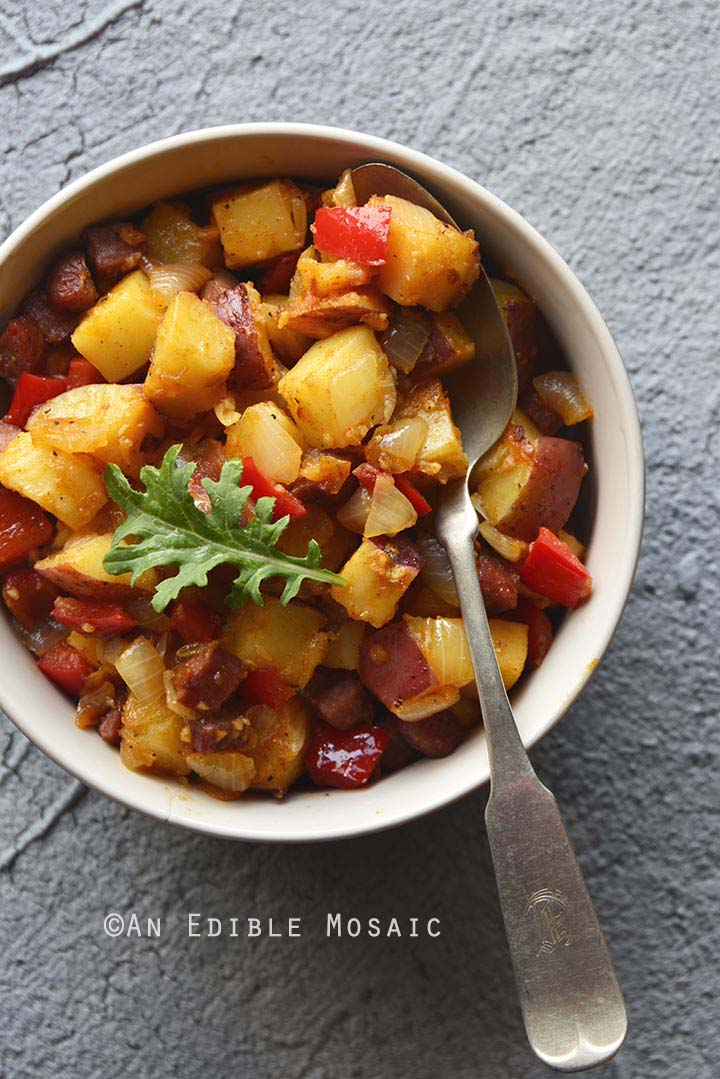 When it comes to potato, I have yet to meet anyone who just doesn’t like it. There’s something entirely delicious in the simplicity of the humble potato, and let’s face it, it’s hard to mess up when you’re cooking something like baked or mashed potatoes, gratin, or hash.

Hash is one of those things that’s as perfect with fried eggs for breakfast as it is with grilled steak for dinner. Or maybe pair it with a huge green salad for lunch. No matter what, you can’t go wrong with hash. 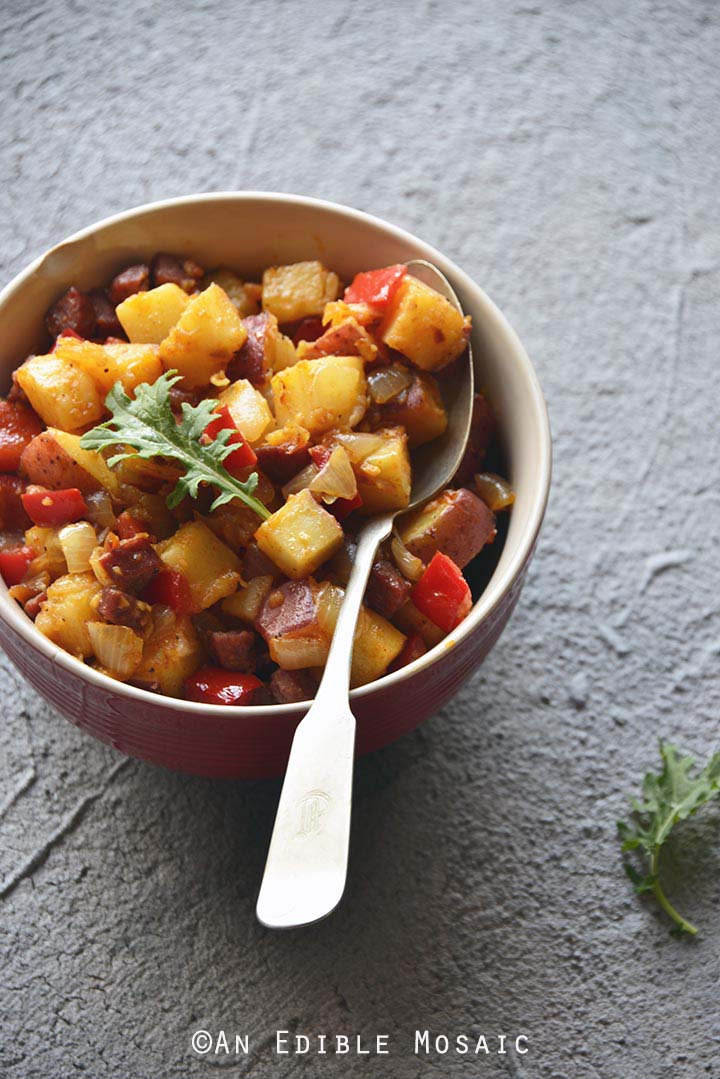 The other nice thing about hash is that you can use any kind of potato you like (sweet potato is another favorite of mine!), as well as any veggies you have on hand. Zucchini is also a great addition, and sometimes I like to wilt in a couple big handfuls of baby greens, like kale or spinach. If you don’t have andouille sausage, you can substitute with your favorite sausage, or even bacon.

No matter what kind of vegetables or meat I add to my hash, I usually add sweet paprika because it’s just such a perfect addition to potato hash. Not only does it add flavor, but it also gives the hash that classically orange-hued color. 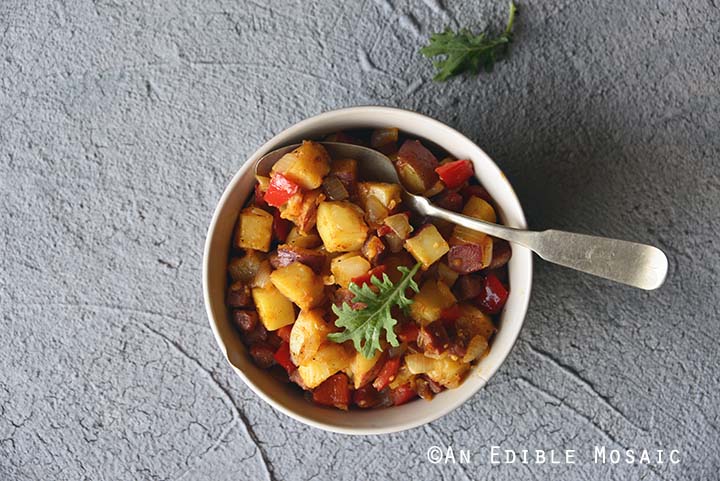 "The only way to achieve the impossible is to beli