Thank you to General Mills for sponsoring this post. I like to make sure that my family gets as many veggies in as possible, even in unexpected places; along those lines, we enjoyed this Butternut Butterscotch Pudding and I hope your family does too. 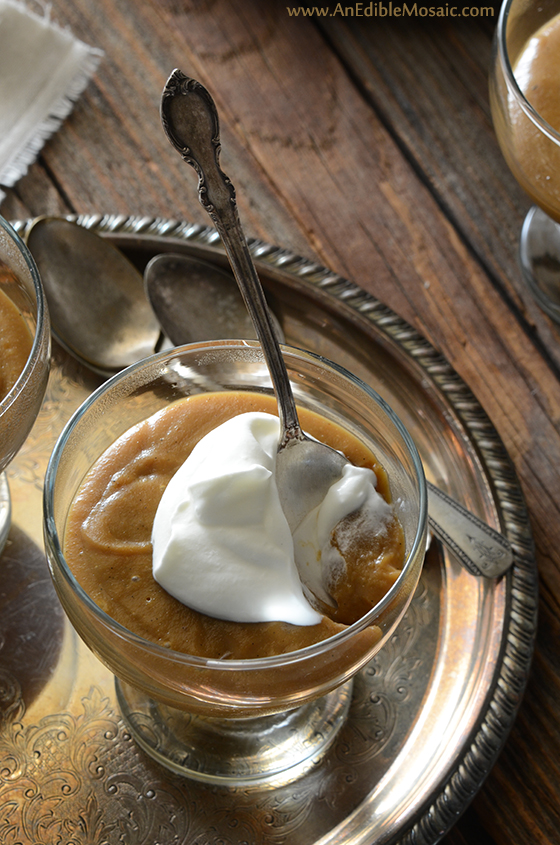 There is no food that reminds me of school lunches as a kid more than pudding does.

(Except maybe tunafish sandwiches, which were ubiquitous in my lunchbox, despite my pleading with my mom for something else. It was a rare happy occasion when a fluffernutter found its way in there, but when it did, what a bartering tool it was! It was the gold of the lunch table, and anyone was willing to give up anything to get it. But back to pudding.)

I think my mom thought chocolate was my favorite flavor (which would make sense…me and chocolate go way back) because it’s what she used to pack most frequently. But butterscotch was what I was really after, at least when it came to pudding. Heck, to me it was even worth trading a fluffernutter for. 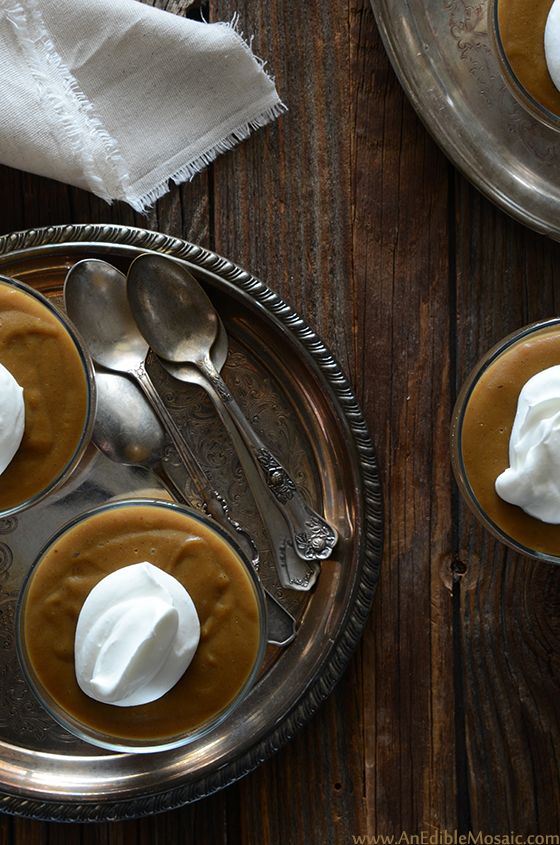 Although my tastes have changed throughout the years, butterscotch pudding is still a favorite of mine and it beckons to me every now and then. Actually, I’ve been dying to play around with a healthier version of butterscotch pudding that incorporates butternut squash ever since I shared this delicious little number with you last fall.

I’m willing to go to pretty great lengths to get my family eating more veggies, and sometimes – when they think they don’t like something – sneaking them in is the best way to go. Then once they realize that they do love a particular veggie (or at least that they will eat it without protest), next time I don’t have to be so sneaky about it. 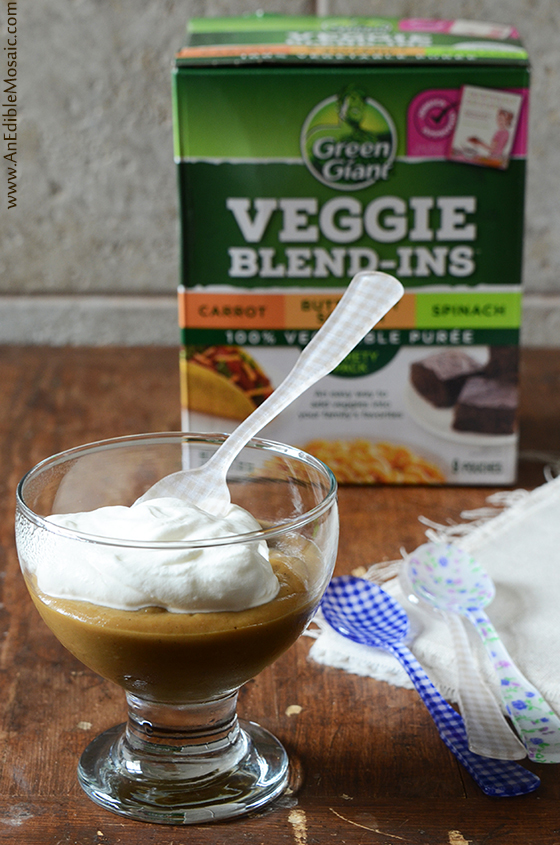 I was recently offered the opportunity to try Green Giant’s® Veggie Blend-Ins™, which are made with 100% vegetables and no additives or preservatives. There are three kinds available: carrot, spinach, and butternut, and as soon as I heard butternut, I immediately knew it was time to give my healthier butterscotch pudding idea a go.

I wanted to make my pudding a paleo-friendly treat, so I chose ingredients that fit into that way of eating. (Of course, as with any other paleo-friendly dessert, this pudding should be used sparingly as an occasional treat! But if you’re going to eat a treat or serve dessert to your family, wouldn’t you prefer that it also have some nutritional value? I know I would.) I was pretty excited not just to use paleo-friendly ingredients, but also to get veggies into a dessert!

Now, most of you probably already know that butternut squash has both nutty and sweet butterscotch-y flavor notes. Because the natural flavor of butternut ties in so nicely with butterscotch, I knew even before I made this pudding that I would love it…but the real test was whether the fam would approve. My 10-year-old niece (who knew there was squash in it) adored the pudding, saying that she could taste both the butternut and the butterscotch, but neither was overpowering and they meshed really well. It was even a hit with the hubs, who happens to be the pickiest eater I know and claims not to like butternut, but had no idea that there was squash in this pudding. I will tell him that he likes butternut next time he asks for the pudding again, lol.

What I really like about this product is how easy to use it is. (And what makes it even easier is that it is available on Amazon!) For busy families who want to increase their veggie intake but don’t have a lot of extra time, I think Veggie Blend-Ins™ will make life easier. There are a ton of recipe ideas using the vegetable purees on the Green Giant® website: soups, stews, tacos, burgers, sauces, pancakes, muffins, etc. I’m planning to try my hand at a Japanese-style carrot-ginger salad dressing with the carrot puree, and with the spinach puree, either a quick Indian-inspired saag paneer soup or spinach and cheese dip.

And I already need to get more of the butternut puree because I made this pudding two days ago and it was already gone by last night! 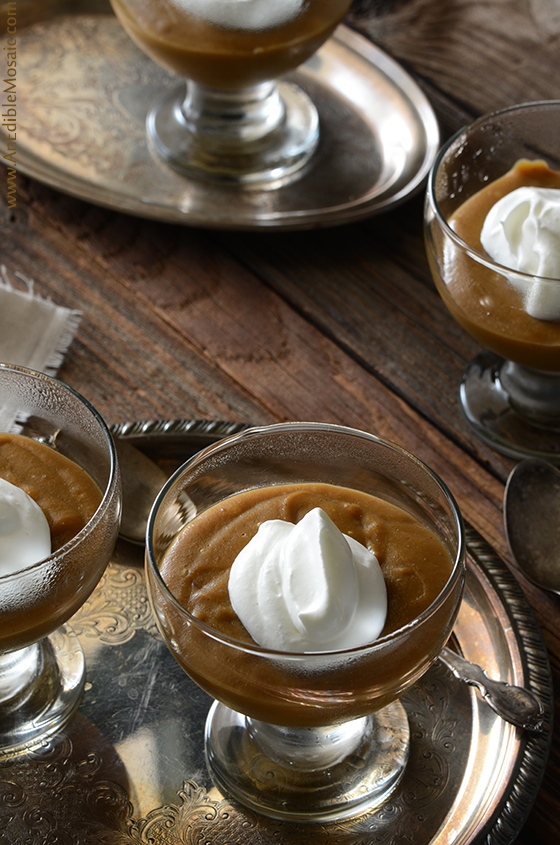 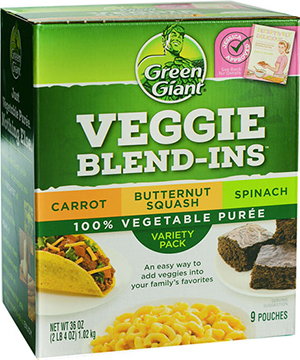 Disclosure: Last month, the fabulous people at General Mills invited several bloggers to create something simple and fun to incorporate more veggies into our diets with Veggie Blend-Ins™. Healthy eating is important to me and I was excited for the opportunity to participate. I received samples of the product mentioned in this post for free for recipe development, and I was also compensated for my time and effort in writing this post. As always, opinions stated are my own.