These perfectly crisp Carrot-Apple Latkes are mostly savory with a touch of natural sweetness from carrot and apple. 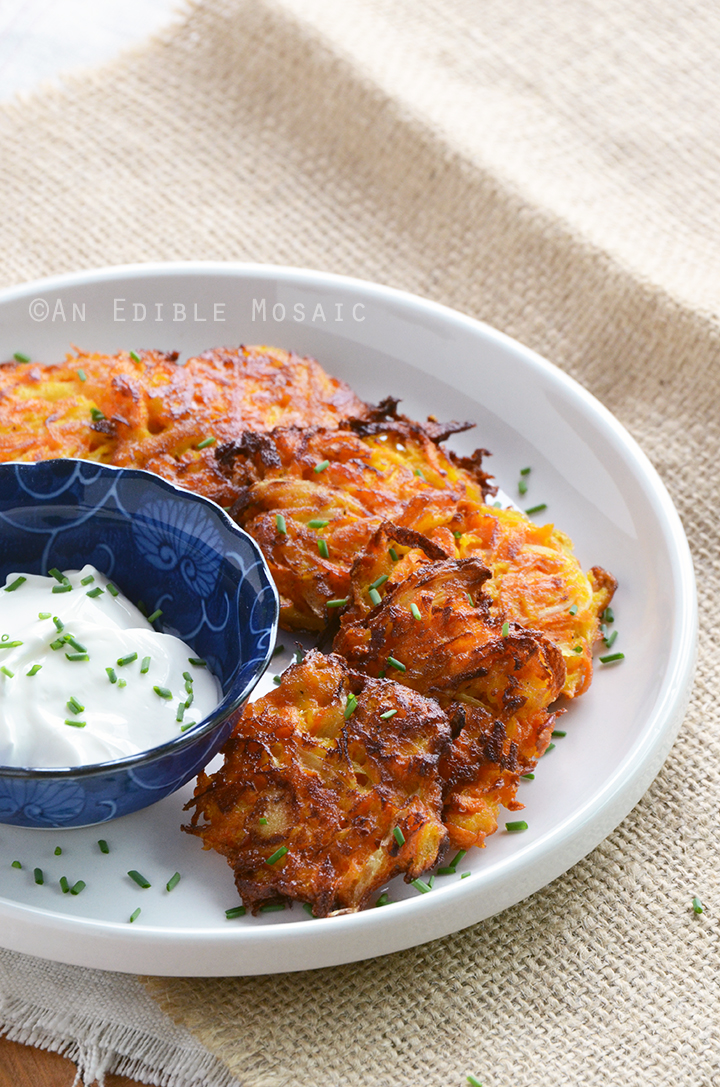 Once that perfect balance of flavors is struck, an ordinary dish becomes unforgettable. 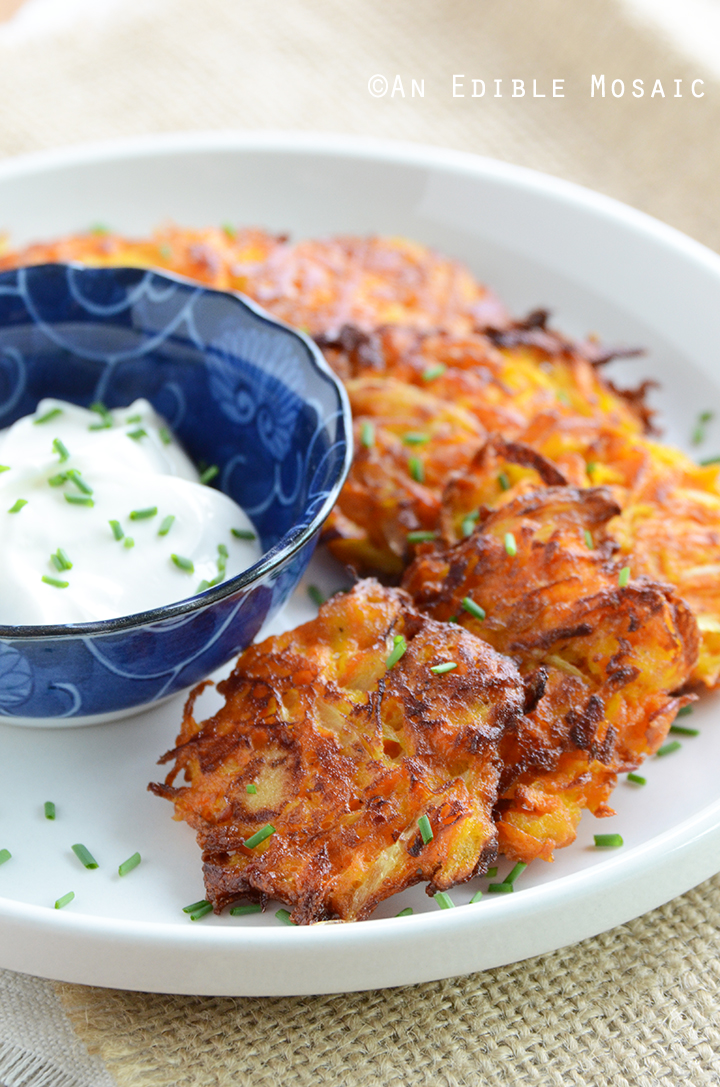 I’m so happy that apple season is here…I picked up a bag of  freshly picked apples and it became the secret ingredient in this dish, providing a slight sweetness to an otherwise mostly savory latke. The garlic is crucial; it provides just the right savory touch. The warm spices like black pepper, ginger, and cinnamon add depth of flavor and complexity. 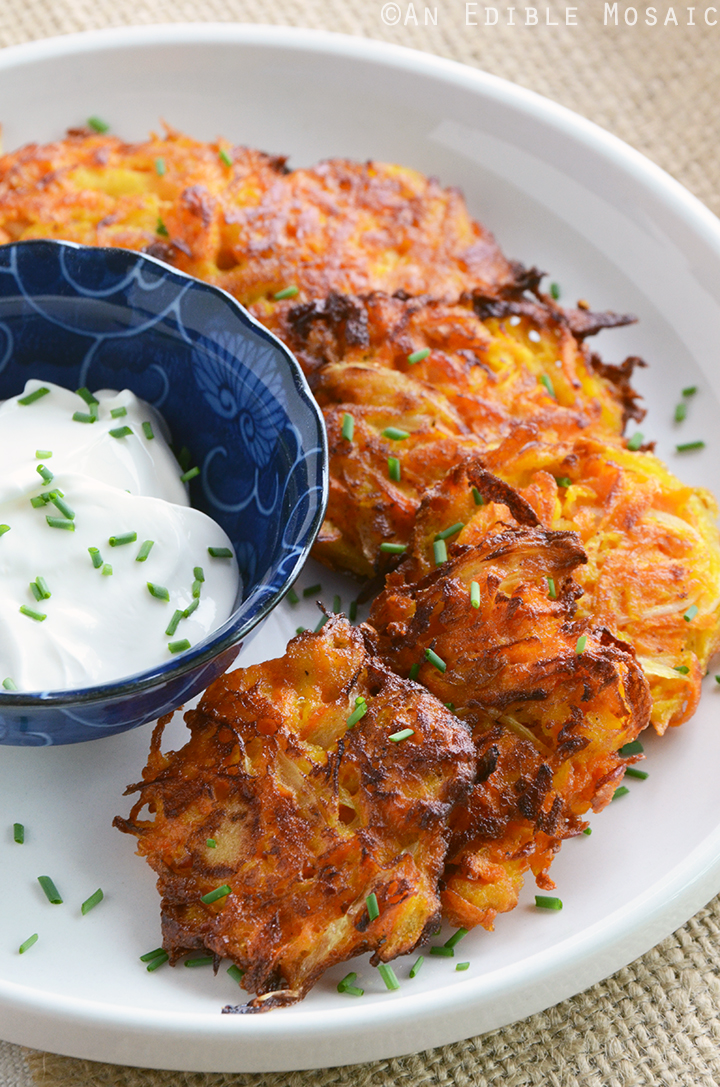 And be sure to read through my tips in the Notes to make sure you get perfect latkes every time! 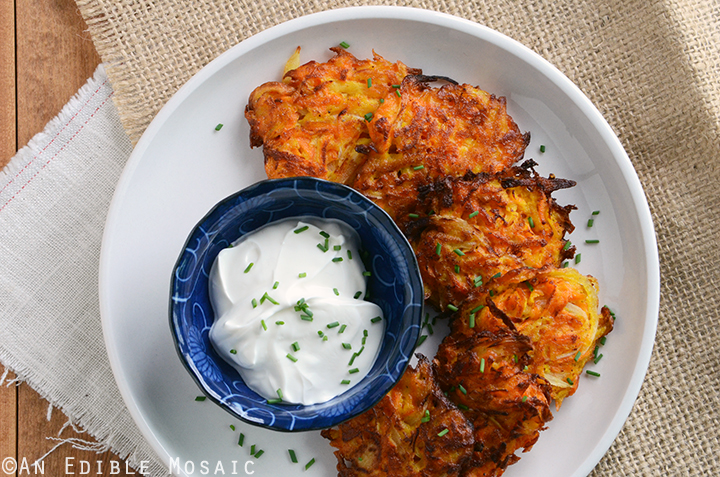 1) As the batter sits, the apple, carrot, and onion will give off water. As you’re scooping out the batter, tip the bowl so you can get the batter out while leaving as much of the accumulated liquid as possible (then discard the remaining liquid once the batter is gone). This helps prevent your latkes from spreading too much in the pan.

2) To keep them from falling apart in the pan, don’t move the latkes around in the pan until they are fully set on the bottom.

3) Don’t be tempted to add more flour! The batter should be thin and the latkes should be crisp, not doughy.
3.3.3070