Be careful, these cupcakes are dangerous.  And I don’t just mean because they’re addictive.  The other day my husband tried to convince me that it’s been a “really long time” since I had made sweets of any kind.  I reminded him of the wonderful giant Hoho birthday cake a few weeks ago, but he had a point, it wasn’t his birthday cake.  Anyway, I caved and these cupcakes ensued.

Mike loved these cupcakes so much he wanted to share them with his coworkers.  I arranged the cupcakes on a plate and sent my husband off to work.  Mike put the plate of cupcakes on the passenger side of floor in the front, and as usual he put his water bottle on the front passenger seat.  This is where the danger set in.  On his way to work, the car in front of him braked fast, so he had to brake quickly, causing his water bottle to lunge onto the cupcakes.  He said that in an effort to salvage the cupcakes, he bent down to fix them and rear-ended the car in front of him.  He completely blamed the cupcakes for this misfortune, forgetting that he could have put the cupcakes (or the water bottle) in the backseat, kept his foot on the brake pedal, or not have bent down while driving.  I felt bad for him, and made another batch for Mike to take to work (this time I put the cupcakes in a container with a sturdy, plastic lid so that even if 10 water bottles were to fall on them they would have been fine).

I’m calling these cupcakes inside-out Twinkies because that’s exactly what they taste like, only moister.  If you prefer a right-side-out Twinkie, you can pipe the vanilla cream into the middle of these babies…that is, if you can wait that long before enjoying them.  I’ve also made this cake with chocolate frosting (because yellow cake and chocolate frosting are usually a match made in heaven!), but I actually prefer this cake with the lighter vanilla cream, which really lets the flavor and texture of the cake come out.

Be sure to keep the vanilla cream in the refrigerator after it’s made, since I’m sure it doesn’t have the shelf life of real Twinkie cream. 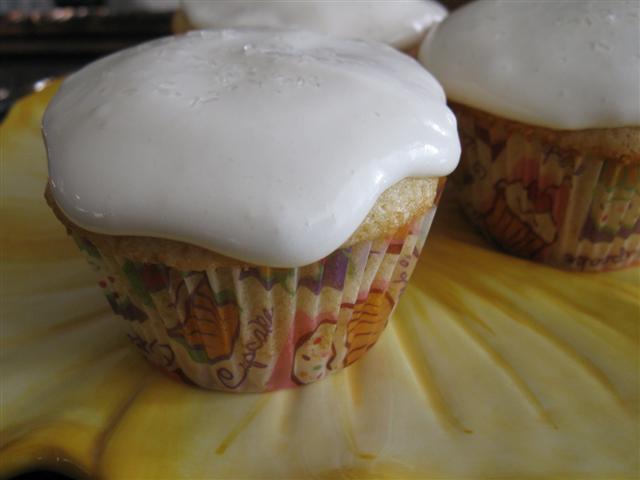 Preheat the oven to 350F.  Beat together the sugar and oil, then cream in the eggs until light and fluffy, and then stir in the milk and vanilla.  In a separate bowl mix together the flour, baking powder, and salt.  Gradually beat the dry ingredients into the wet; stir until just combined, making sure not to over-mix. 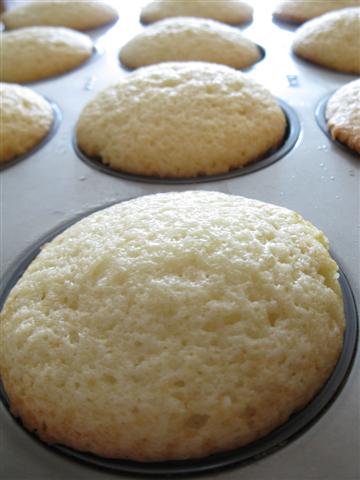