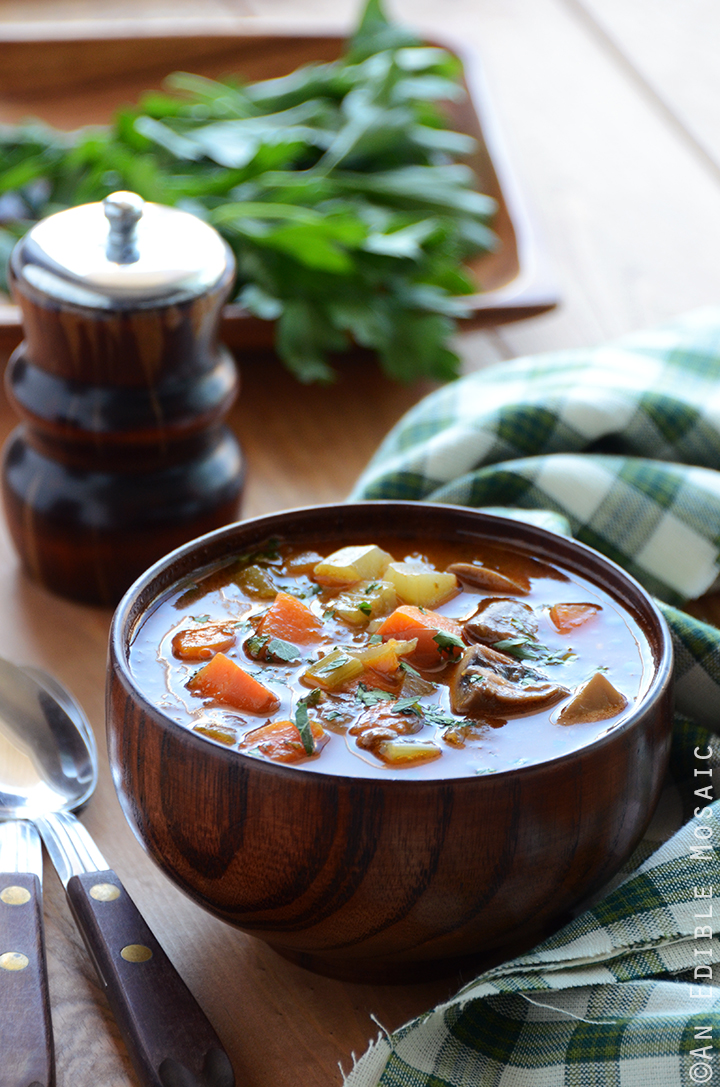 Even though I don’t usually share their sentiments, I can at least understand how some veggies fall into the “eww” category for some people…

Kale can be bitter.

Tomato can be acidic.

But mushrooms always confound me.

I mean, mushrooms don’t smell particularly offensive. Their taste in general (of course, depending on the particular species) is earthy, but pretty mild, somewhat meaty, and even a bit umami. I’ve heard a few people complain that their texture is off-putting (as in, slimy in the worst way possible), but that’s never bothered me. Sautéed in butter or olive oil and paired with garlic and fresh herbs, I think mushrooms are pure bliss. 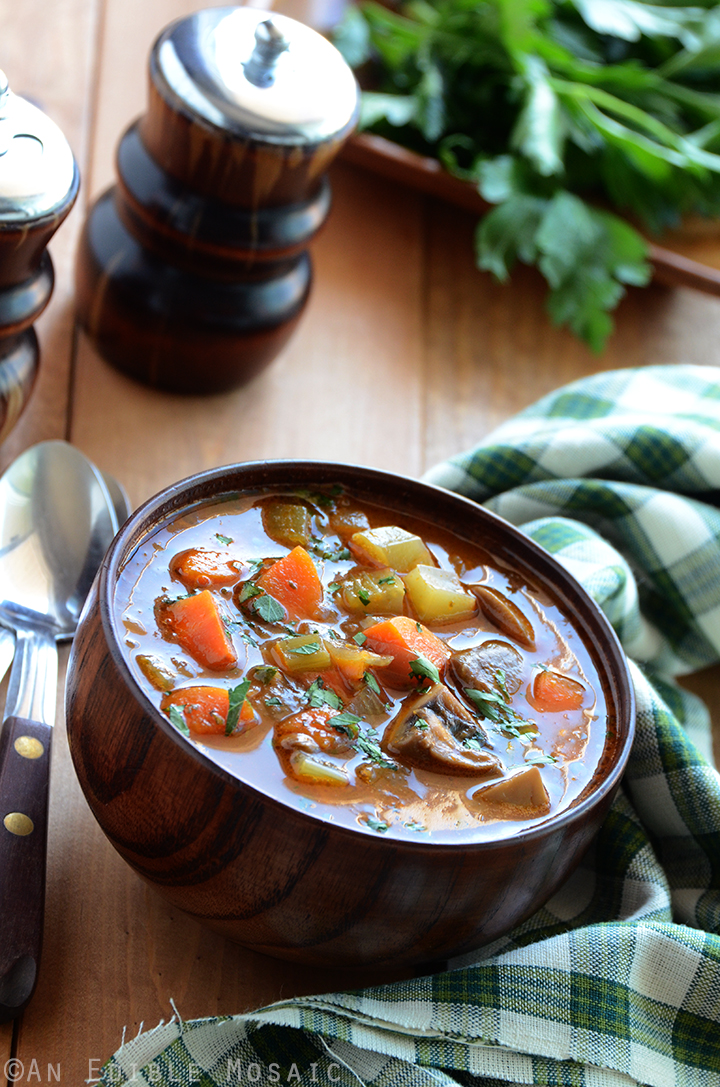 From Cooking Light, here’s a little mushroom trivia for you…

Early Greeks and Romans are thought to be among the initial mushroom growers. Romans in particular were very fond of this member of the fungus family, but after the fall of the Roman Empire, mushrooms were avoided, out of a justifiable fear of poisoning. The Italians were the first to reclaim it, and its popularity soon spread throughout Europe. Today, thousands of varieties of cultivated and wild mushrooms grow all over the world.

The star of this soup is definitely mushrooms, so if they’re not your thing, you’ll want to forgo this dish completely. However, if you’re a mushroom fan I think you’ll be all about this soup/stew (I’m not really sure what to call it because while it’s literally chock full of veggies, it’s pretty brothy at the same time).

Mushrooms lend their meatiness to this hearty stew, and their flavor is enhanced further with a bit of coconut aminos (or tamari sauce) and Worcestershire sauce. A touch of tomato paste adds body to the broth and when it comes to the garlic, I tend to go a little heavy-handed here (because I think mushrooms and garlic go together like snow days and hot chocolate). And don’t skip out the on the fresh herbs here – they really brighten up everything else.

What’s your stance on ‘shrooms? 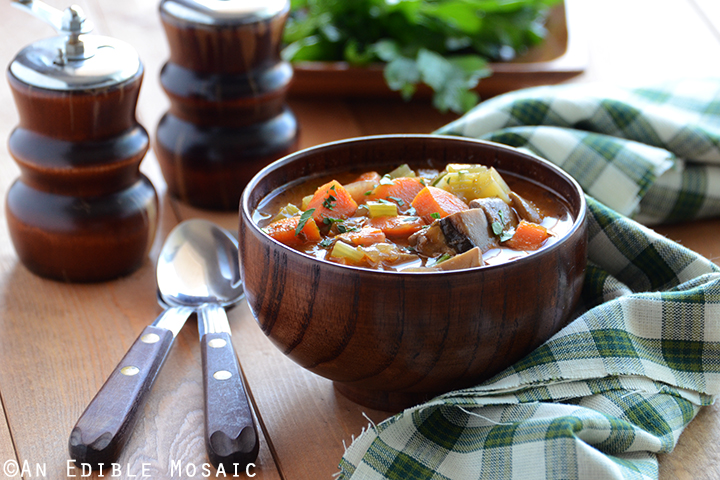