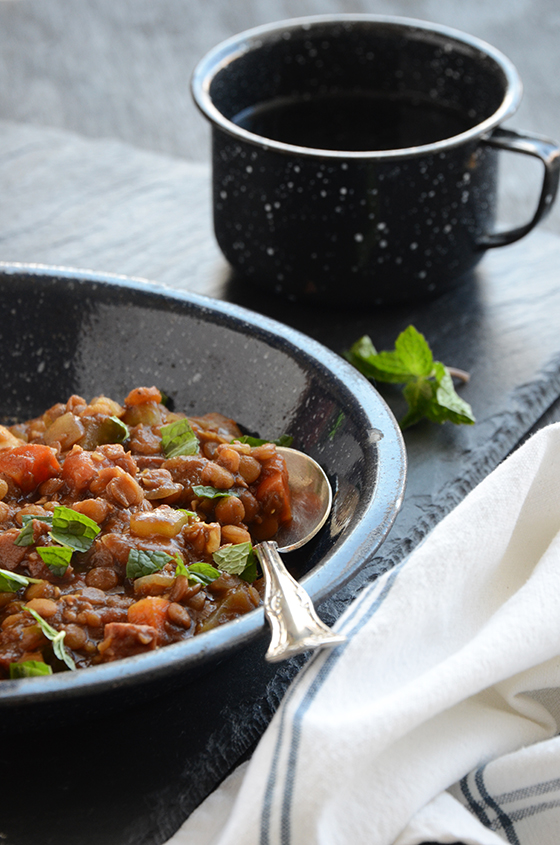 In law school I had a friend who claimed that he had a real archenemy, superhero-style.

As in, Batman vs. The Joker or Superman vs. Lex Luther.

And he was serious. He said they’d glower at each other every time they had the misfortune of crossing each other’s path, each secretly plotting and scheming terrible things against the other. Not so much violent things, more like things to mind-manipulate or humiliate each other.

Bizarre? Maybe. But I’ll admit that law school tends to foster a little bit of bizarre the way a hot day fosters the desire for a cold beverage. Perhaps par for the course is a better way of putting it.

I never had a person as an enemy (to my knowledge), but but growing up I did have a couple select foods I considered to be my enemy. One such dish was my mom’s baked beans that she’d make over and over (and over) during the summer months because (according to her) they were the absolute best side dish (ever) for anything grilled or barbequed…and (also according to her) they were perfect for taking to picnics, parties, and potlucks of any kind. I’m not sure if it’s because I was perpetually sick of them or because I genuinely didn’t like the taste…whatever it was, those beans were on my black list.

So it’s weird, when I made this dish I originally had a run-of-the-mill stewed lentil thing in mind. Then I just kind-of let my imagination run wild, grabbing whatever sounded good from my fridge and pantry. With ingredients like syrupy pomegranate molasses, cumin, smoked paprika, and fresh mint, it ended up tasting almost like a Middle Eastern version of baked beans. Savory, smoky, and complex-flavored, with a slight underlying hint of sweetness, the sauce in this dish is killer. And it makes me re-think baked legumes. And step aside side dishes because this dish makes a completely satisfying meal in its own right (but I won’t tell if you want to top it with a fried egg).

May happens to be International Mediterranean Diet Month (it’s actually the 20th anniversary!), and with a base of lentils, lots of veggies, and the addition of meat being optional, I thought this dish would fit nicely into the Med Diet theme. If you’re not familiar with the Med Diet, it was unveiled by Oldways and the Harvard School of Public Health in January 1993. Despite its name, this way of eating isn’t really a diet at all; it promotes eating whole, minimally processed foods and leading an active lifestyle. This is the sort of lifestyle and way of eating that just makes sense. 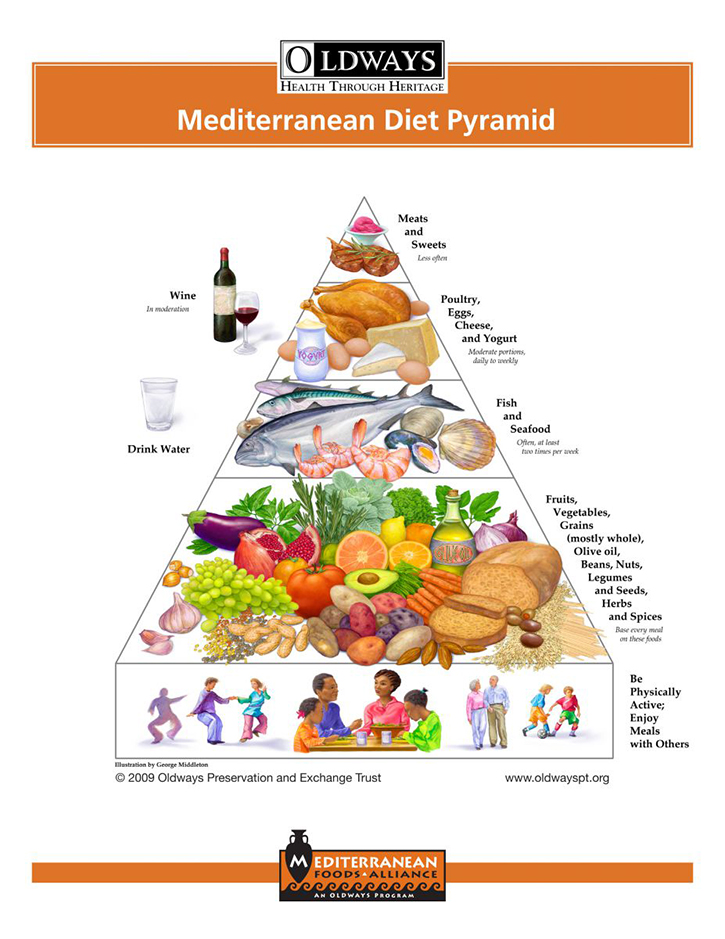 From the Oldways website, here are the eight basic principles of the Med Diet:

For more detailed information on the Med Diet, check out the Oldways website.

And give this lentil dish a try…it might just replace your family’s favorite baked bean recipe. 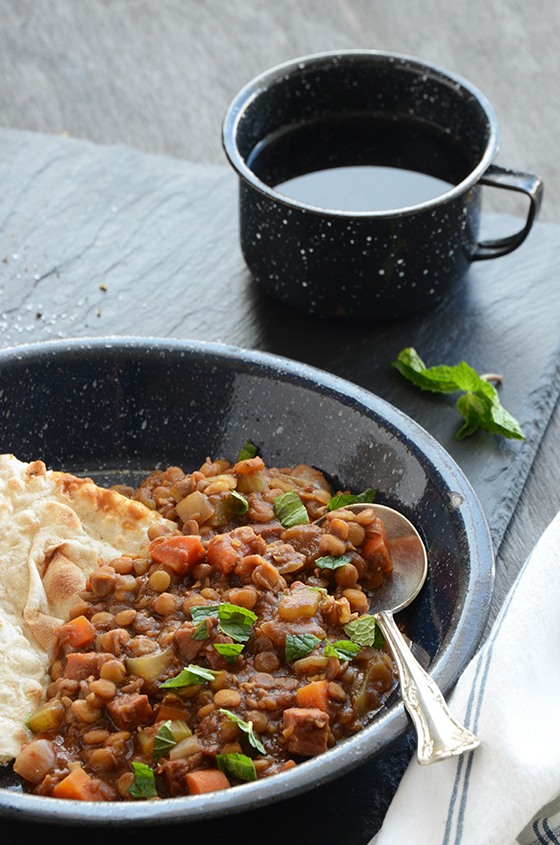 Print
Smoky Lentils with Pomegranate + Mint
Prep time:  30 mins
Total time:  30 mins
Yield: 8 servings
Ingredients
Instructions
Notes
Pomegranate Vinegar: A bit of acid (such as vinegar or lemon juice) really brightens up a slow-cooked dish like this. Add the vinegar 1 tablespoon at a time, since the total amount you use will depend on the particular brand’s level of sweet/tart flavor; I ended up using 4 tablespoons of a good-quality pomegranate vinegar. Pomegranate vinegar can be purchased at gourmet or specialty food stores; if you can't find it, you can look for another mildly sweet, fruity vinegar to substitute. A good quality red wine vinegar will also work well in this dish.

Vegan Option: Omit the smoked turkey and increase the smoked paprika to 2 teaspoons. Use vegetable stock instead of chicken.

Serving Suggestion: We like to eat this dish with a kind of Middle Eastern flatbread called Taboon; it’s quite similar to Indian Naan, so this makes a good substitute if you can’t find Taboon.
3.5.3251