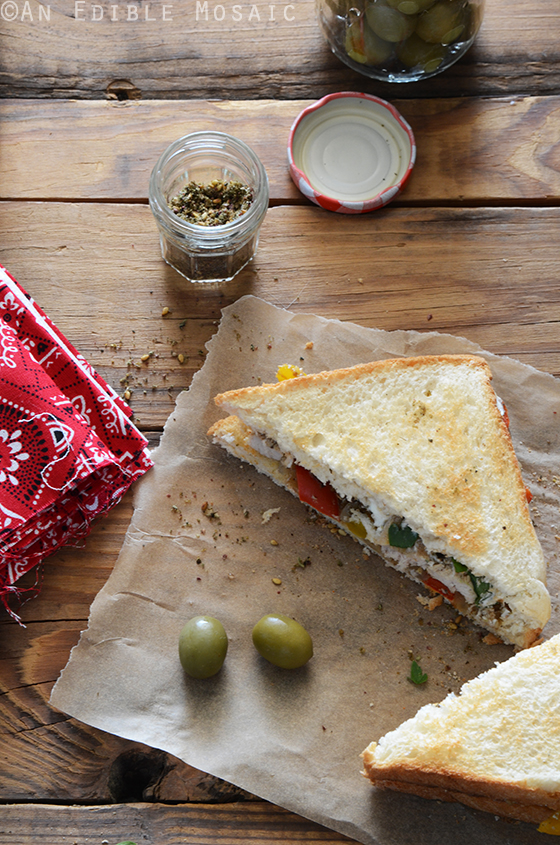 When I think of a picnic, I always think of fried chicken, macaroni and cheese, potato salad, some kind of cooked greens, iced tea, and a big chocolate cake.

I realize that this sounds very Southern, which is odd to me because I’m from New York…and I can’t ever remember having a picnic like this in my life! (Who knows, maybe I did when I was a kid and I just don’t remember.)

Anyway, I’m breaking out of my preconceived picnic ideas and making something new. I’m making chicken of course, but adding za’atar (a thyme-based spice mix), smoked paprika, and labneh to the mix for a nice change. 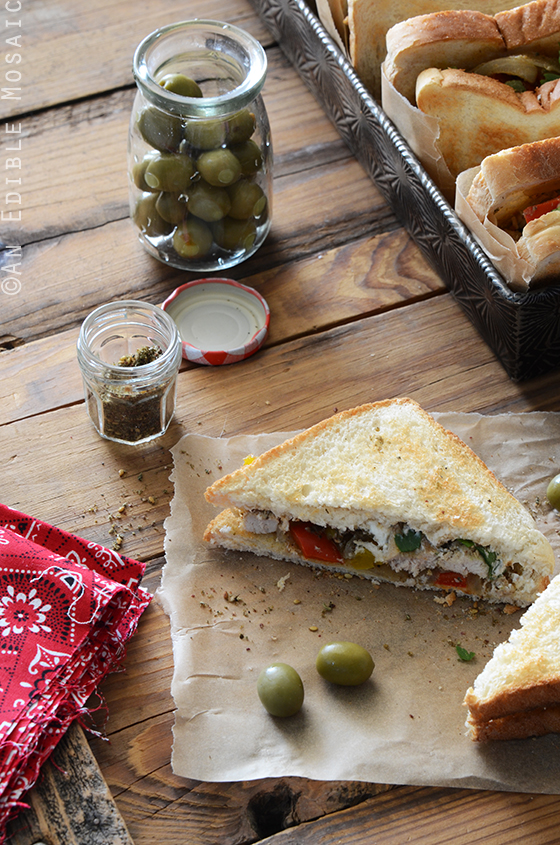 These sandwiches are soooo good. If you like chicken souvlaki, I think you’re guaranteed to love them. If you’re not familiar with labneh, it’s a yogurt cheese made by straining the whey out of regular yogurt; it’s thick and rich, and basically the Middle East’s version of Greek yogurt. It’s frequently eaten topped with a generous drizzle of good-quality olive oil and a sprinkling of za’atar, and then scooped up with flatbread.

Because of the labneh (or Greek yogurt) in these sandwiches, be careful not to leave them out too long; in hot weather, I try to have them eaten within an hour, and then I keep the rest refrigerated or stored in a cooler. (Mind you, I am not a food safety expert! This is just what my common sense tells me; be sure to be careful about leaving food out in the heat.)

To complete the picnic, I like to pack a little jar of olives because they go so nicely with these sandwiches. A lemon and olive oil-dressed potato salad with tons of fresh herbs and maybe a bit of za’atar would be a nice accompaniment, and don’t forget a big platter of fruit…or just bring a watermelon and cut it up when it’s time for dessert. 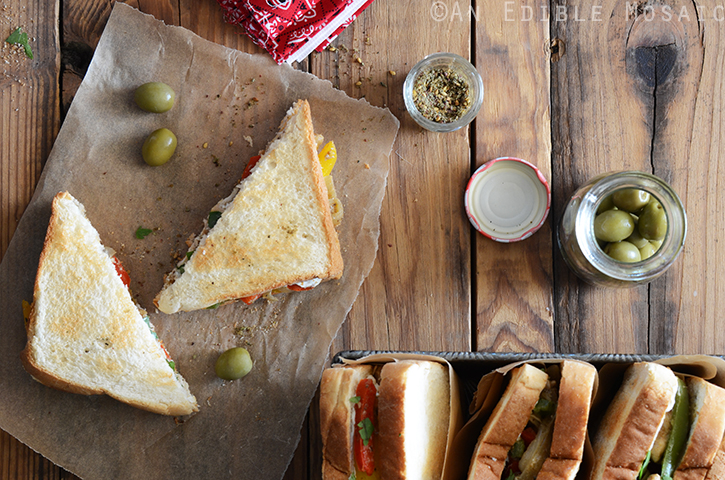