I have a very sad story for you (you’re probably wondering how sad a story it can be if cheesecake is involved, and I suppose to that you’re right).  Anyway, Delish is hosting a chocolate recipe contest that ends today, with a chance to win a $500 Williams-Sonoma gift card (and I do love Williams-Sonoma!).

I just happened to have two blocks of Neufchatel cheese in my fridge and an idea for double crusted chocolate covered cheesecake.  So I made this fabulous potentially-would-be-award-winning-recipe and I tried to submit it to the contest.  I got an error message saying something like Your recipe can’t be submitted at this time, please try again later.  So I did try again later with no luck.  So I tried again even later.  I even emailed Delish to let them know about my technical difficulties, but they never responded.  It was no use, my cheesecake was unwanted by Delish’s recipe contest.  The upside to this unfortunate event is that I get to post the recipe for this tantalizing cheesecake (and I did get to console myself with some cheesecake!).

The crust is one of my favorite things about this cheesecake.  It’s sweet (from a little brown sugar), salty (from crushed pretzels), and slightly nutty (from rolled oats).  This crust is so good I had to make this cheesecake double crusted.  The sweet surprise is chopped up candy bar inside the cheesecake filling; I used Snickers Almond (because it’s a favorite of my husband’s) but feel free to use your favorite.

A note on the sweetness:  For the cheesecake filling I used ¾ c of white sugar and it was perfect for me (I don’t like my sweets overly sweet).  On the other hand, my husband (who leans more toward the almost-too-sweet preference) said he thought the cheesecake filling could have used a little more sugar.  That being said, feel free to increase the sugar to 1 c. 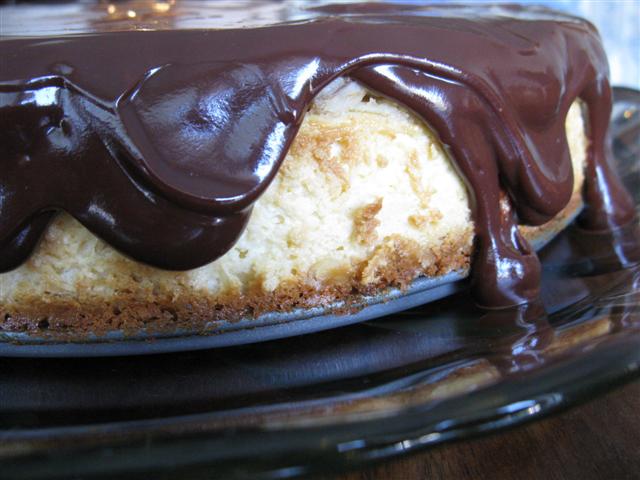 1 ½ c salted pretzels, crushed (I crush them coarsely and leave some larger pretzel pieces, but you can crush them finely if you prefer)

Butter, to grease the pan

Preheat the oven to 375F.  Use a fork to combine all the ingredients for the crust.  Lightly grease the bottom and sides of the springform pan with butter.  Pour half the crust mixture into the greased cheesecake pan and reserve the other half of the crust mixture for later.  Use a glass to help you firmly press the mixture down evenly.  Bake the crust for 8 minutes.  Once the crust is out of the oven, turn the oven down to 325F.

Use a mixer to blend together the Neufchatel cheese and Greek yogurt; once they’re fully incorporated, mix in one egg at a time; add the sugar and vanilla and mix until everything is just incorporated.  Fold in the chopped candy and pour the mixture into the pre-baked crust.  Bake for 40 minutes, then remove the cheesecake from the oven and evenly sprinkle the remaining crust mixture on the top; bake for another 20 minutes.  Allow the cheesecake to cool completely to room temperature and then refrigerate it for 2 hours.  Pour the room-temperature ganache over the cheesecake and spread it out in an even layer (some chocolate will drip down the sides of the cheesecake, but don’t worry about spreading it evenly over the sides).  Refrigerate for another 2 hours before cutting and serving. 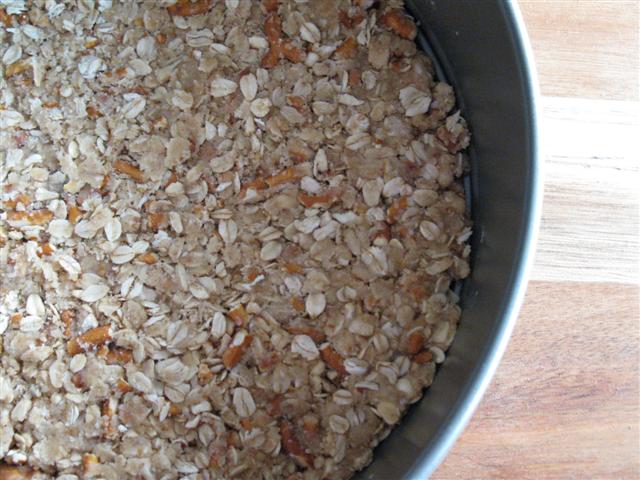 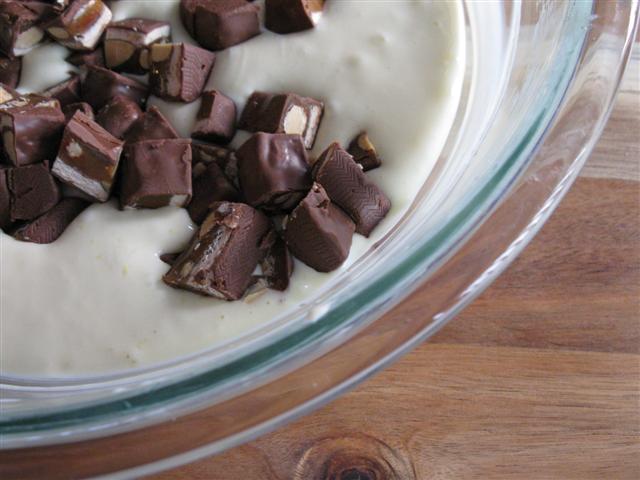 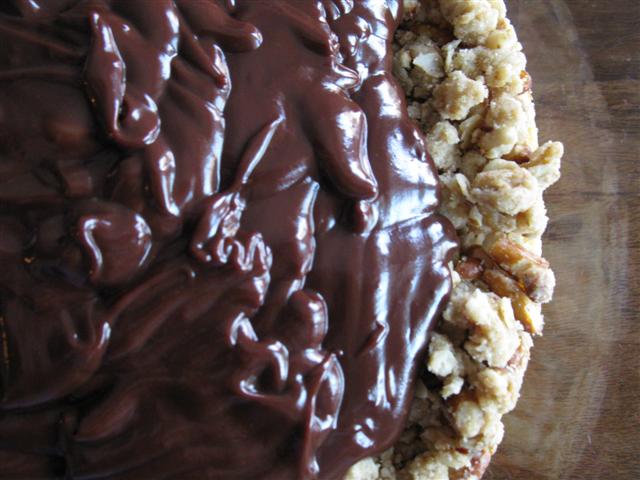 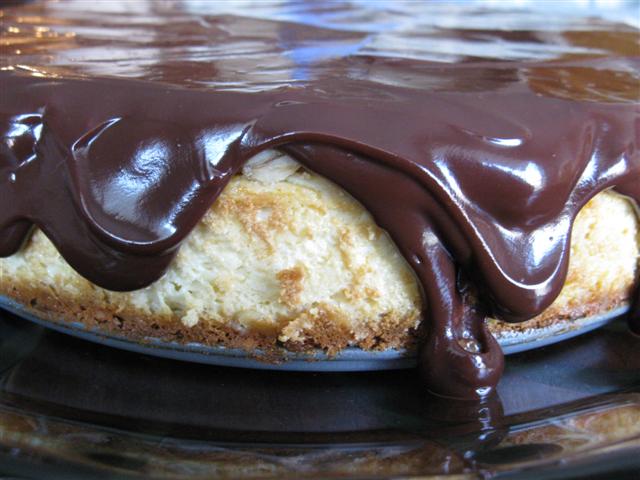 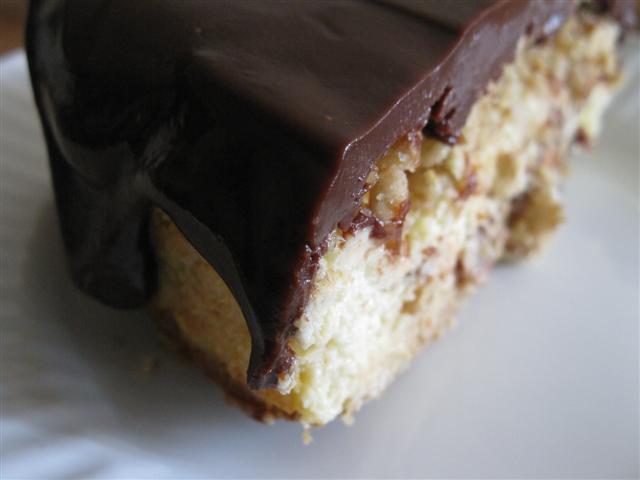