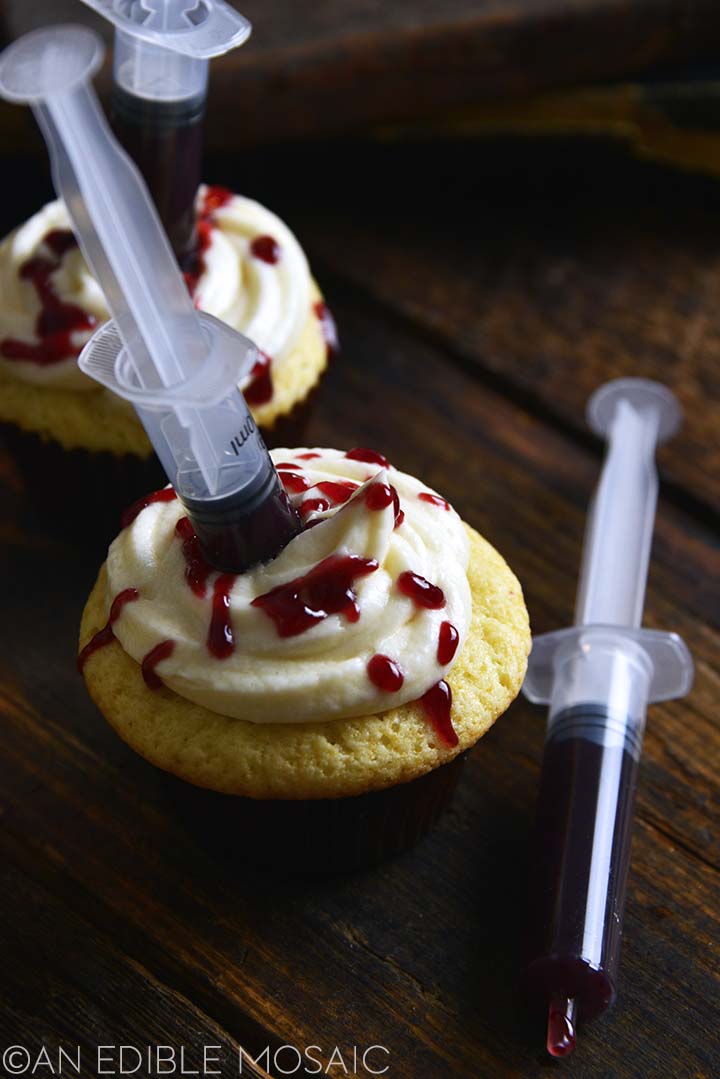 This Bloody Halloween Cupcakes recipe is along the same vein as my Murder Cake (no pun intended, lol).

If you’re looking for a fun treat for a Halloween party that’s both creepy and crowd-pleasing, this is it. And they aren’t any more difficult to make than any other cupcakes! 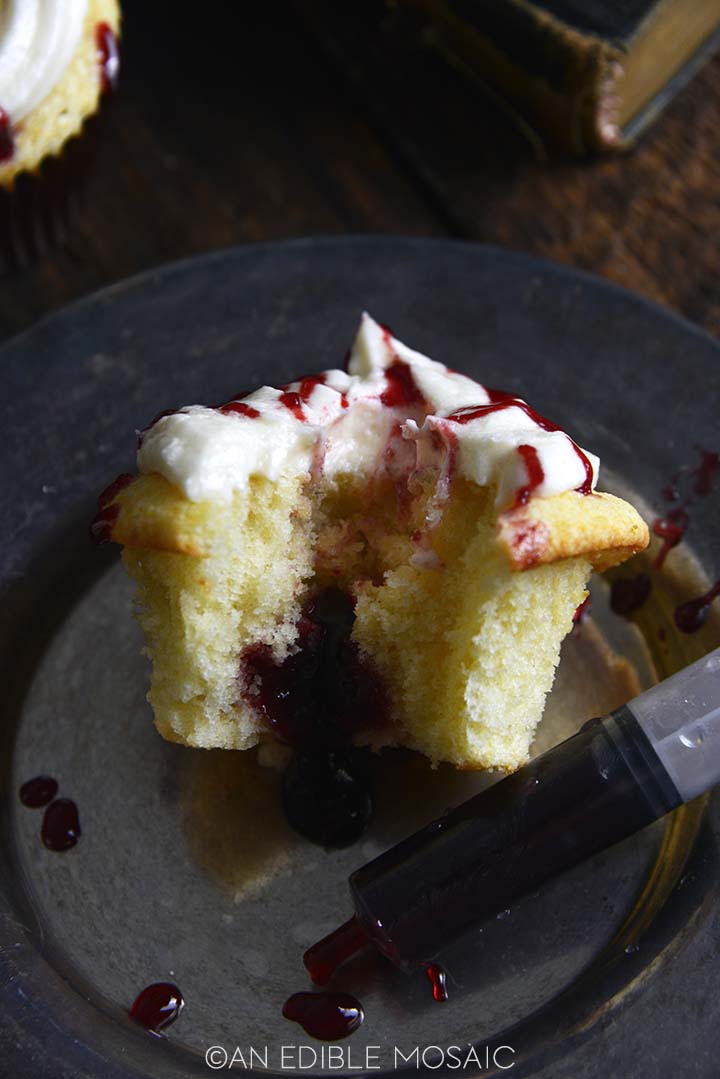 For how grotesque these Bloody Halloween Cupcakes look, they are absolutely delicious. 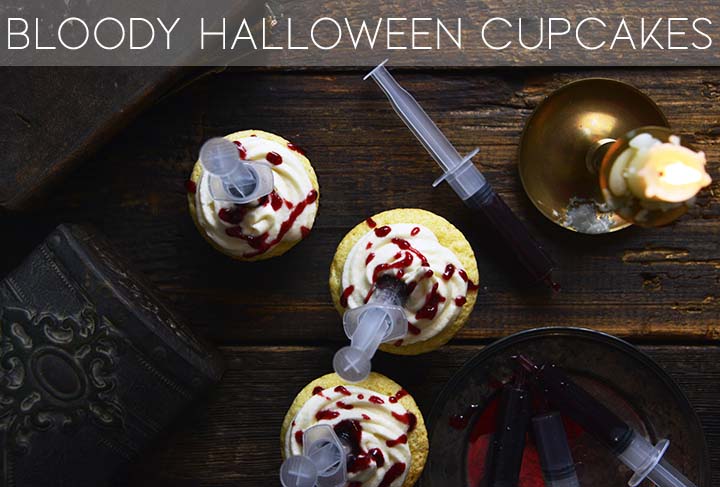 What You’re Going to Love About This Halloween Cupcakes Recipe 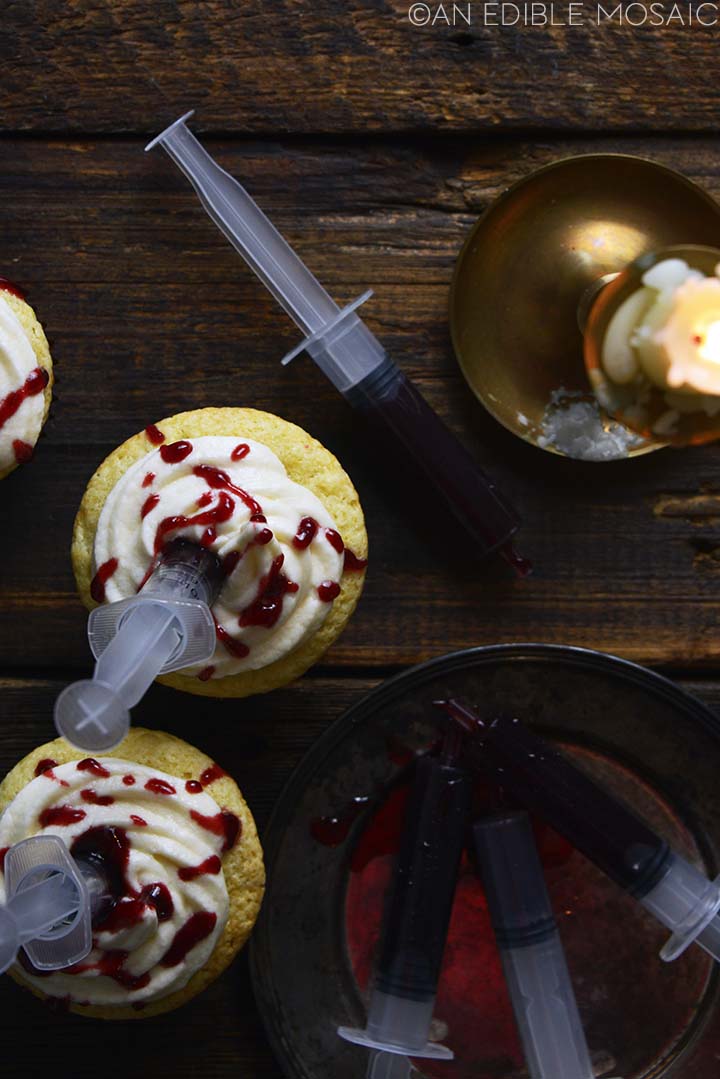 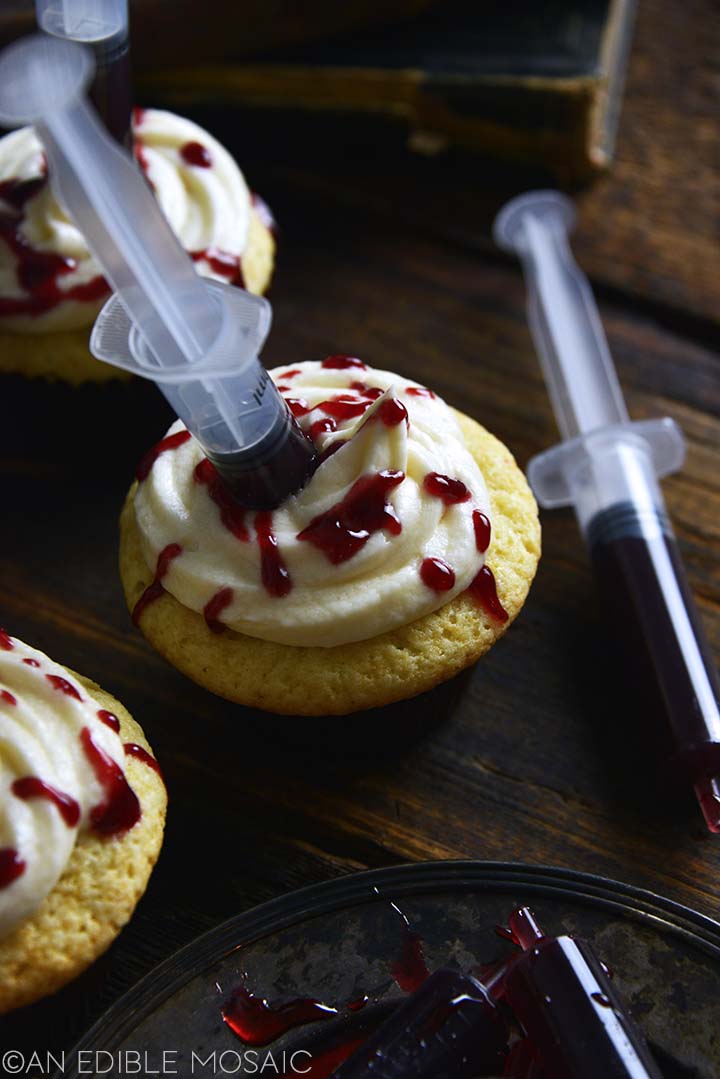 How to Make Edible Fake Blood Without Corn Syrup 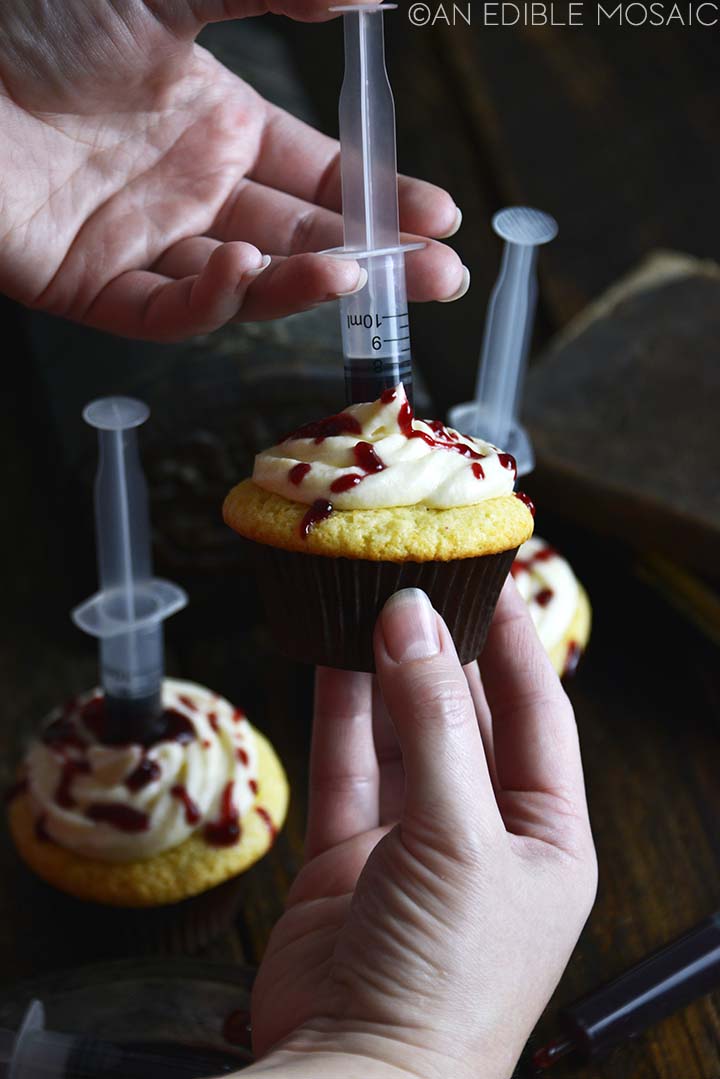 How to Make Bloody Cupcakes for Halloween 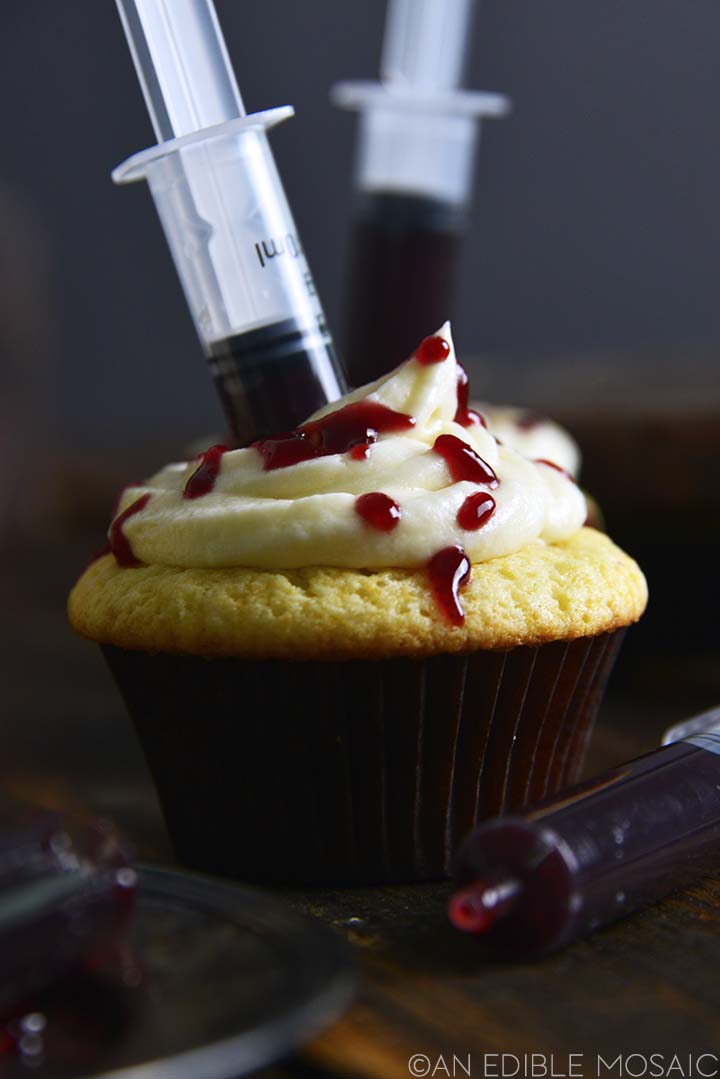 How to Store Halloween Cupcakes

Equipment for This Recipe 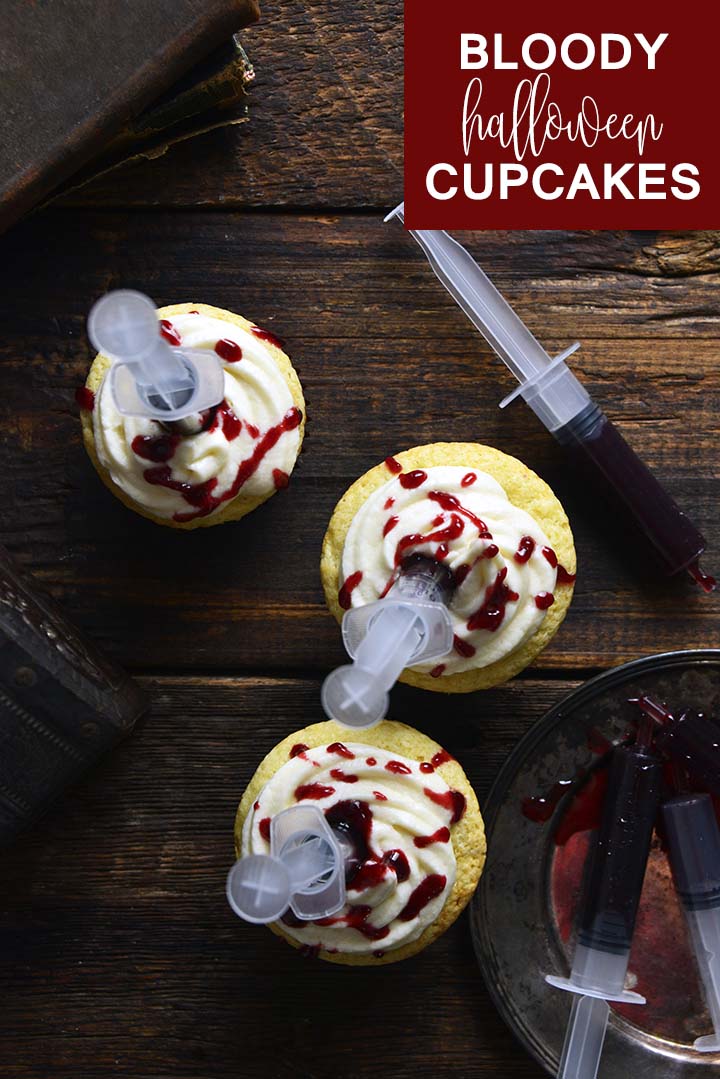 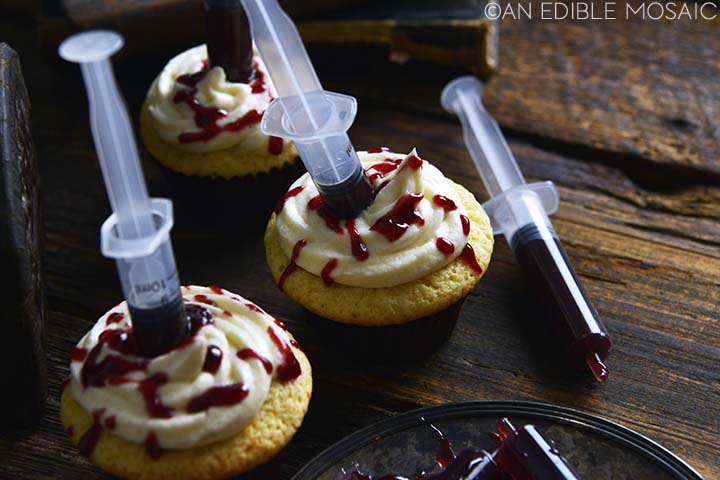 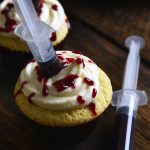 For the Fake Blood:

To Assemble the Cupcakes:

How to Store Halloween Cupcakes 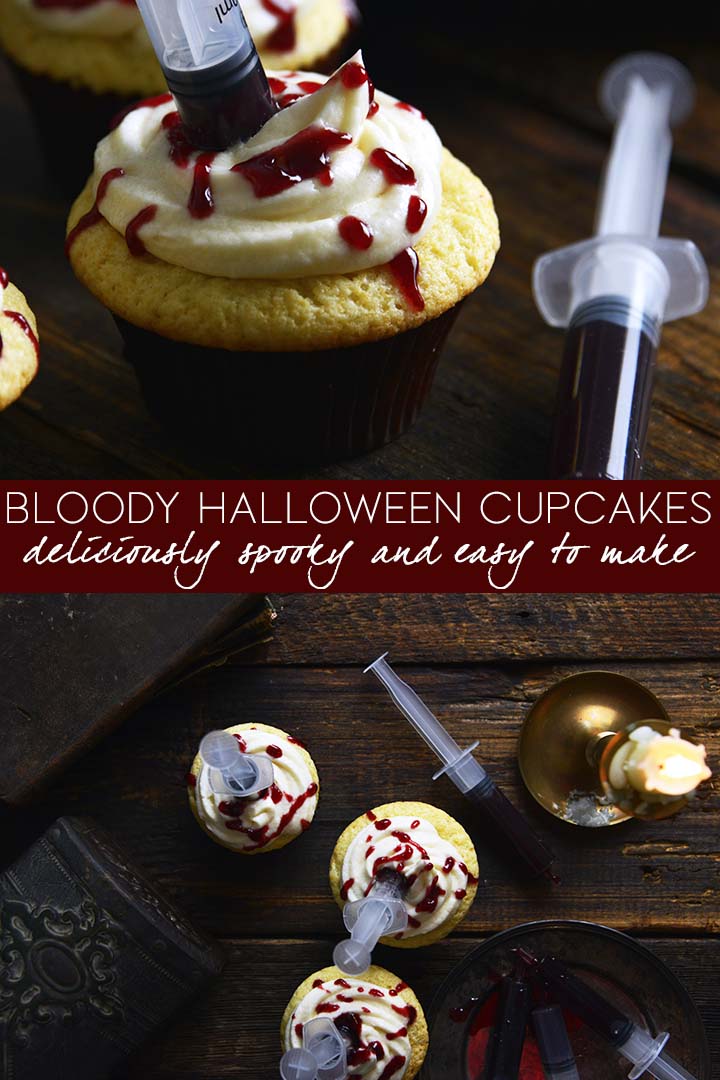