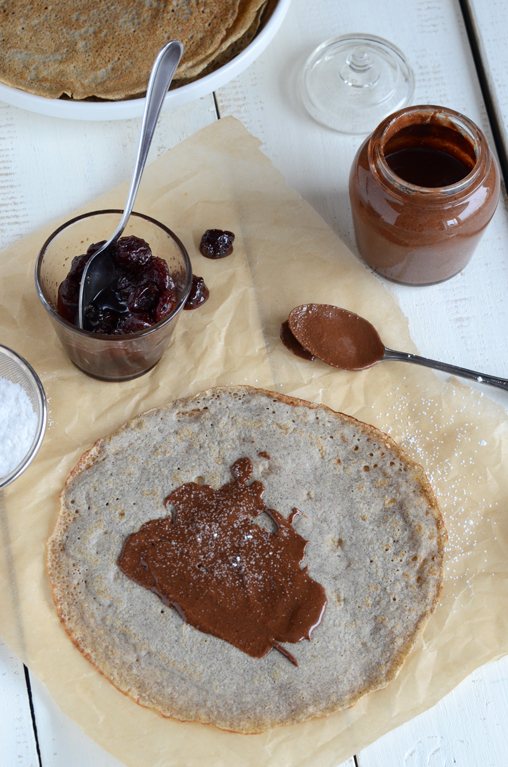 It turns out that if you want a foolproof way to introduce more buckwheat into your diet (or if you’re like me and have a large bag of it in your pantry that you’re wondering how on earth you’re going to use up), crêpes are the way to go. 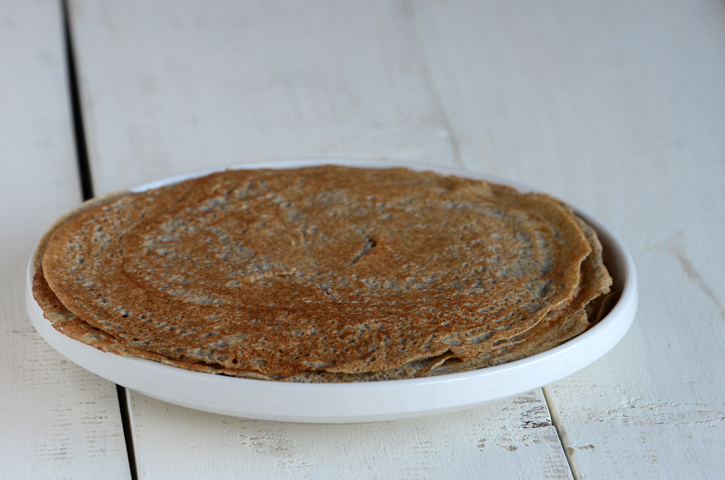 Although I used the same ratio of buckwheat flour to wheat flour that I used when I made the nearly inedible (to me) Maple-Walnut Buckwheat Scones, these crêpes were not only edible, but in fact quite delicious.  (It could have been the chocolate hazelnut spread though…or the fact that the Cherry Sauce I made with them is magic…either way, they were good stuff.)  Next time I make them, I think I’m going to try a savory filling. 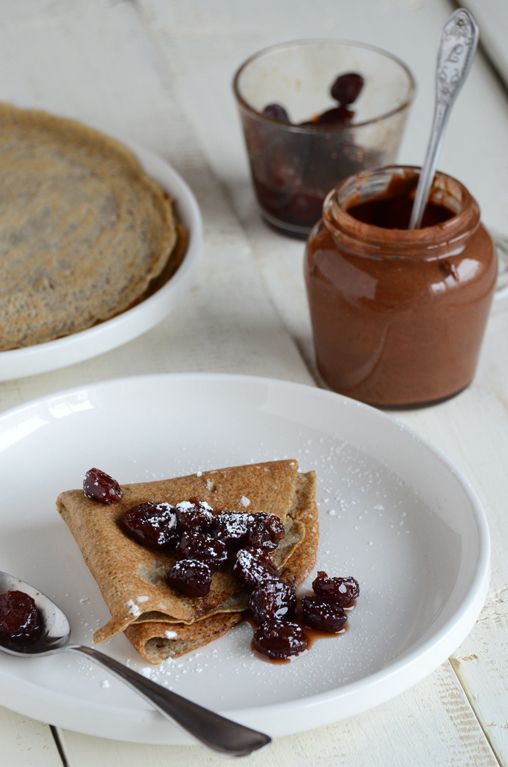 Buckwheat Crêpes (Based on Julia Child’s recipe for Crêpes in Mastering the Art of French Cooking; published by Alfred A. Knopf, Inc.)

A little bit of canola oil, for frying the crêpes

Put the water, milk, eggs, and salt into the jar of a blender, followed by the flours and then the butter.  Blend until fully combined, about 1 minute, scraping down the sides with a rubber spatula as necessary.  (The batter should have the consistency of heavy cream; if it’s too thick, add water a little at a time.)  Cover and refrigerate for 2 to 24 hours.

To make the crêpes, heat an 8, 9, or 10-inch (I used 9-inch) nonstick skillet over medium-high heat.  Once hot, use a pastry brush to brush the skillet with a couple drops of canola oil.  Remove the skillet from the heat and pour in a slightly scant 1/4 cup of batter; while still off the heat, rotate the pan to spread the batter out (the batter should spread out along the bottom of the skillet without excess; you can tell if you need to use more or less batter based on this first crêpe).

Place the pan back on the heat; cook until the crêpe is browned on the first side (about 60 seconds), then gently slide a long metal spatula under it and flip it over.  Brown slightly on the second side, about 20 to 30 seconds (it will only be a spotty brown on the second side, not evenly browned like the first side).  Transfer the crêpe to a wire rack to cool (you can stack them on a plate once cooled), and cook the remaining batter the same way.  Fill with anything you like (I filled them with chocolate hazelnut spread and topped them with cherry sauce and a sprinkling of powdered sugar). 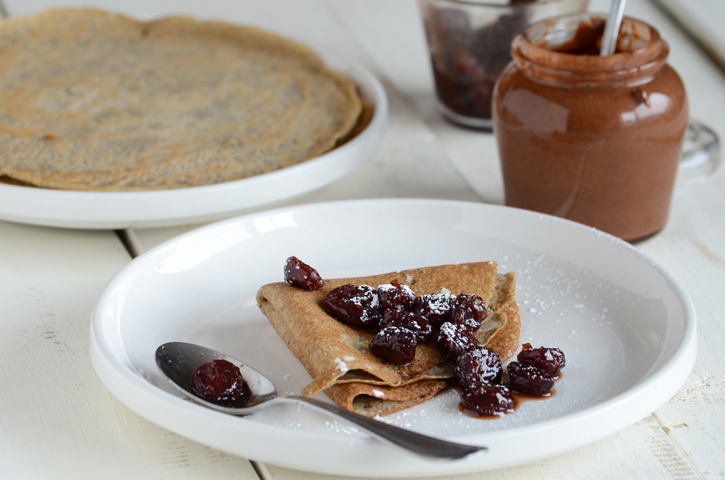