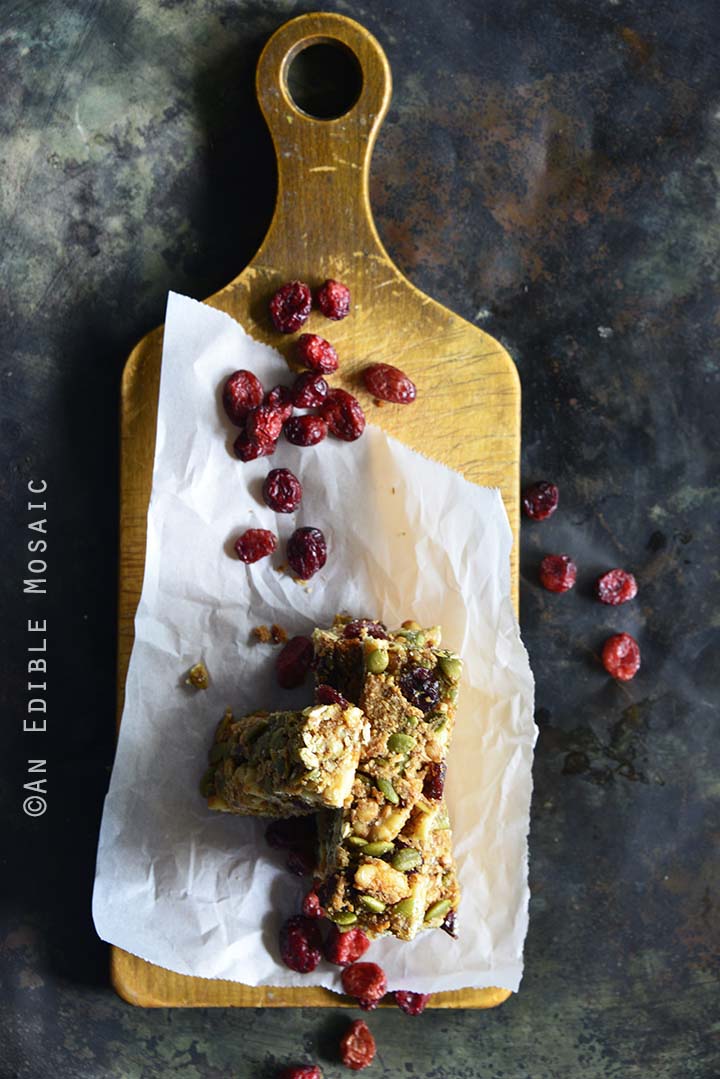 Every autumn there comes a time when I can’t hold out any longer. I reluctantly give in, and then wonder why the heck I waited so long. And then it’s no holds barred, and pumpkin spice everything for me.

This recipe is my first pumpkin spice of the season. After that, I had my first PS latte of the season, followed by my first PS muffins. Like I said, once that damn is broken, it’s wave after wave of pumpkin spice everything, lol. (But don’t worry, I’ll keep the PS recipes I share here to few and far between; I know it can be easy to be overloaded this time of year!)

The interesting thing about this recipe is that there actually isn’t any pumpkin involved. I use pumpkin pie spice mix, which is a blend of cinnamon, nutmeg, cloves, ginger, and allspice. If you’re pressed for time, you can buy the mix premade, but for the best tasting and most aromatic mix, grind the spices fresh yourself. 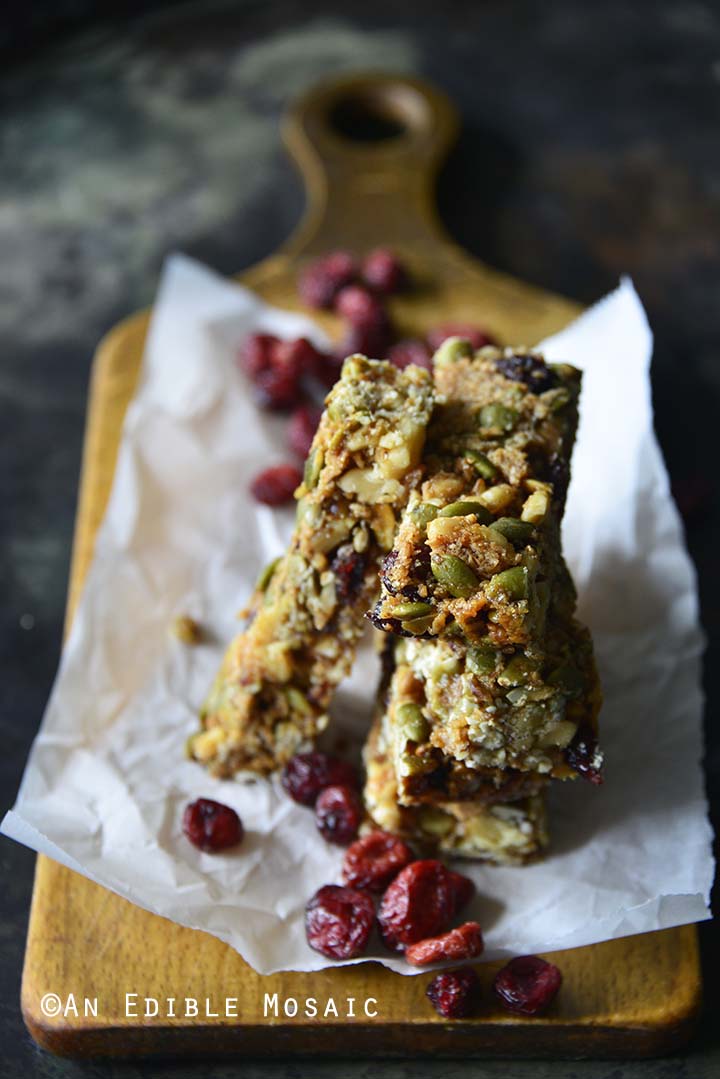 The inspiration for this recipe came from @secretsquirrelfood on Instagram (here is the original recipe for her Honey Coconut Macadamia Bars). I made her original recipe with just a couple small changes (I used raisins instead of chopped apricots and omitted the maple syrup) a few weeks ago when I was visiting a dear friend in D.C. The bars were a huge hit and I immediately knew I wanted to play around with a fall flavor profile.

With cranberries and pumpkin pie spice mix, these bars are just festive enough to be perfect for fall. I had a friend taste test them (thank you, Julius from Droolius.com!) and he mentioned they actually taste a bit like baklava, which I think is pretty accurate with the combo of nuts + honey + warm spices. And bonus, they’re paleo! 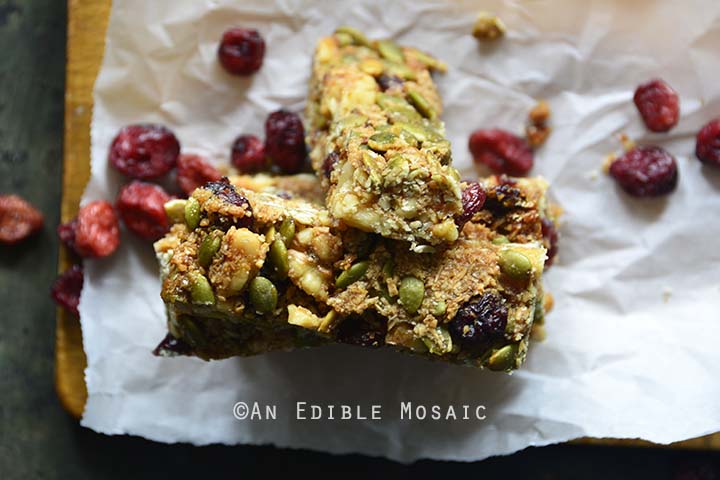