What to do with one small lonely eggplant?  That was the question in my mind before I found this recipe.  I don’t know of many recipes that feed four people, only call for one small eggplant, and still allow the eggplant to be the star of the dish.  Of course I had to make something else for Mike (who doesn’t like eggplant or cheese – aaahhh!), but it worked out well since we have tons of leftover biryani.  ;) 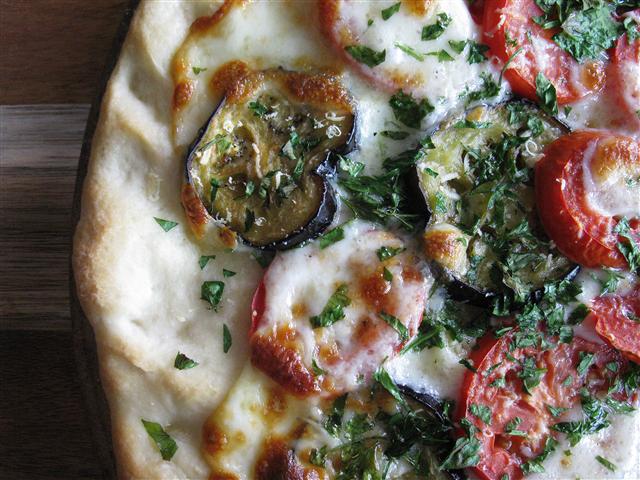 1 small eggplant (about 1/2 pound), thinly sliced into about 1/4-inch rounds

For the eggplant:  Preheat the broiler.  Arrange the sliced eggplant in a single layer on a baking sheet, then brush both sides with olive oil and sprinkle with salt and pepper.  Broil for 3-8 minutes on each side, until the eggplant is tender and golden.

For the pizza:  Arrange an oven rack in the lowest position and preheat the oven to 500F.  In a small saucepan, heat 1 1/2 TB olive oil over low heat with the garlic and chili flakes for 1-2 minutes until the garlic is fragrant and starting to turn color.  Lightly dust a pizza stone with cornmeal.  Use your hands to stretch out the dough, then place it on the pizza stone and spread it out to fit the size of the stone.  Brush the dough with the garlic/chili oil.  Spread on half of the provolone, then arrange the tomatoes and eggplant on top.  Top the veggies with the other half of the provolone, then sprinkle the Parmesan and parsley on top.  Bake for 12-15 minutes, until the crust and cheese are light golden brown. 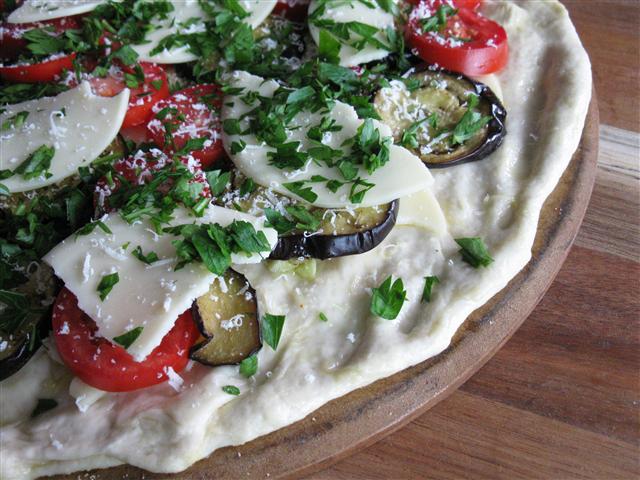 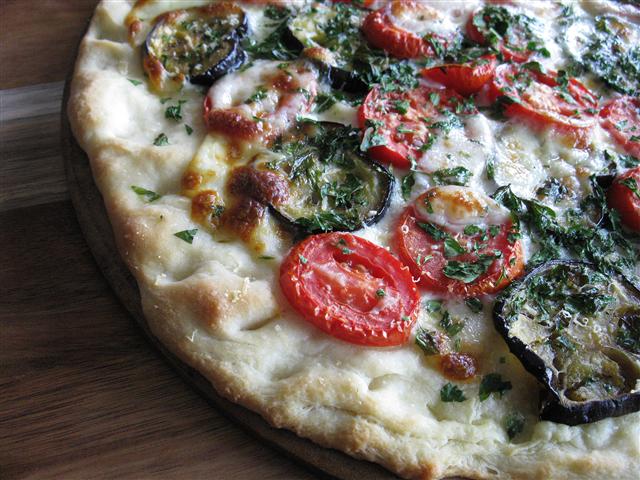