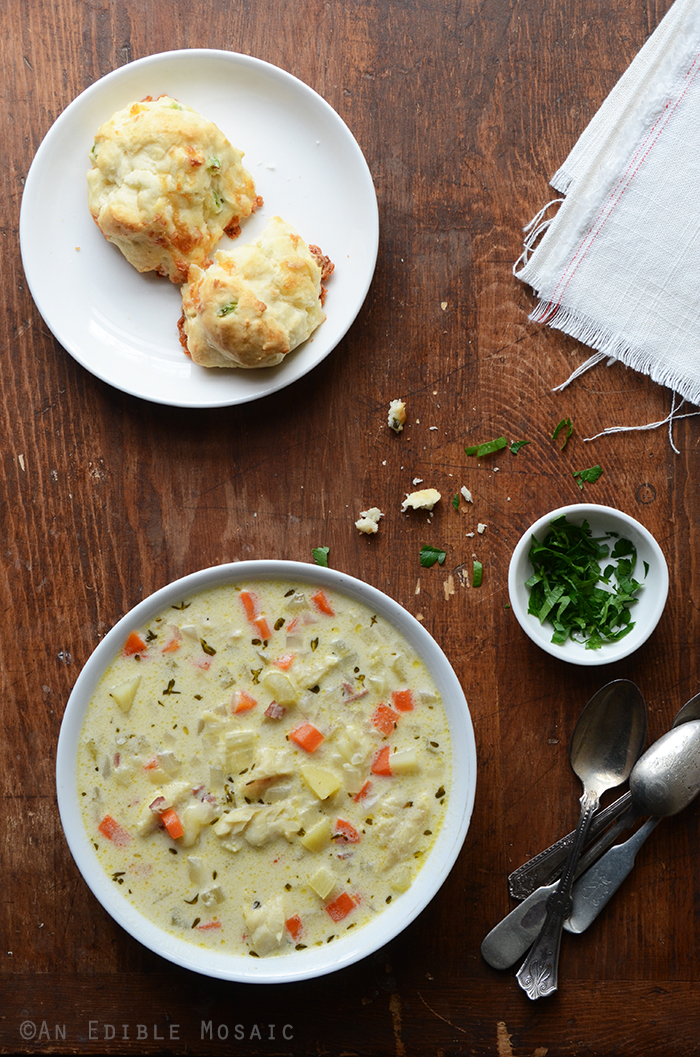 I know of a few characteristics of traditional New England fish chowder:  no tomatoes, no flour, and a light, delicately-flavored broth that’s thickened only by potatoes and cream (or in this case, milk…just be sure to use whole milk, as low-fat milk may curdle and won’t give it the thickness you’re looking for). 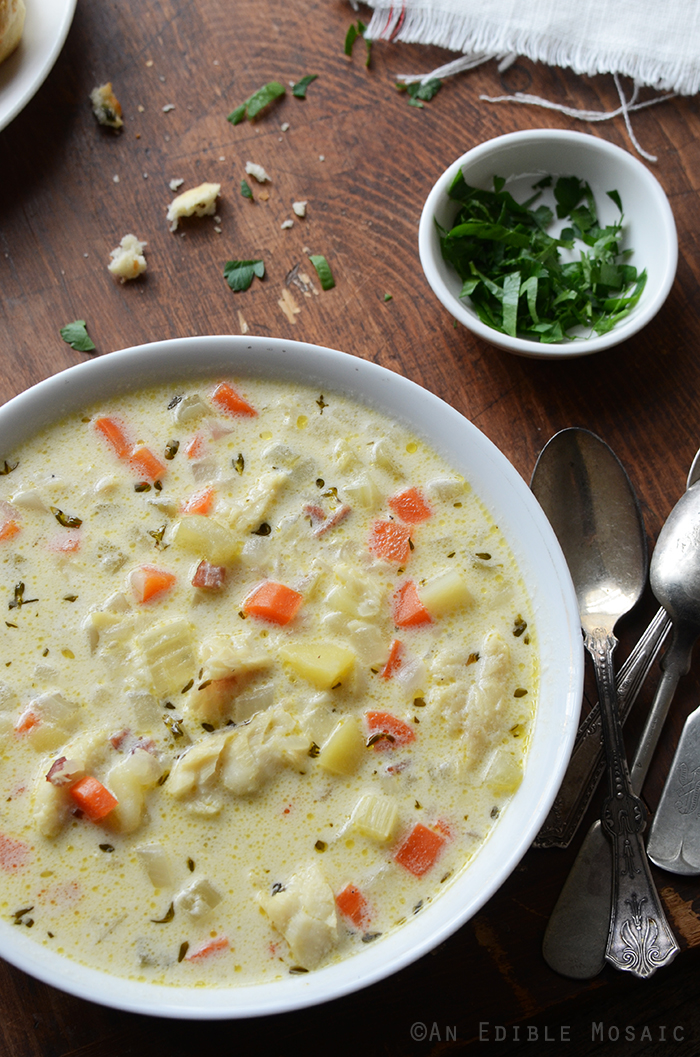 My version doesn’t have tomatoes, but I like to add just a teensy bit of flour to give the broth a touch of body. Leave it out for a more authentic version, and to keep this soup gluten-free!

Many fish chowder recipes I’ve seen also have bacon or salt pork; I use turkey bacon in my version for a hint of smoky flavor. 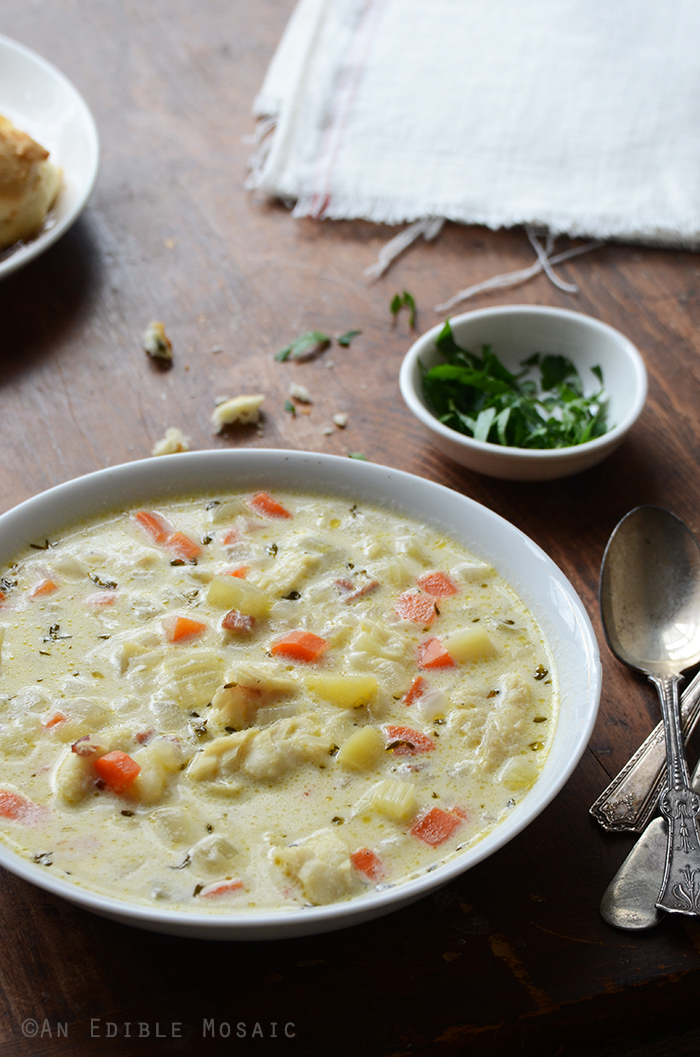 For me, this dish is really all about the broth. There is a subtle sweetness from the milk and veggies, smokiness from the bacon, brightness from the thyme, and complexity from the white wine. I first made this soup about two weeks ago and just made it again yesterday because I was already craving it again. It’s pure comfort food. 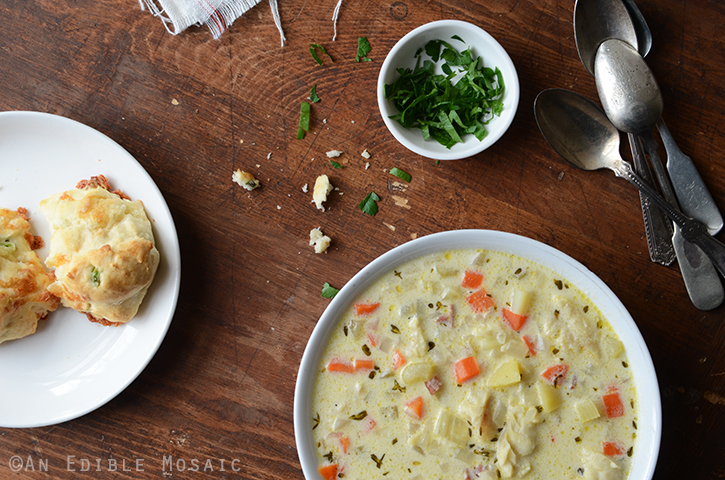 Print
New England Style Fish Chowder
Prep time:  20 mins
Cook time:  35 mins
Total time:  55 mins
Yield: 4 servings
Ingredients
Instructions
Notes
To Reheat: Cook gently over low heat until warm; be sure not to boil, as this can cause the milk to curdle and the fish to completely disintegrate.

Update (January 23, 2015): I made this dish again and perfected the recipe and snapped a few pictures, so I decided to update both the recipe and the photos in this post. As a point of comparison to show how much my photography has evolved, I kept one of my original photos (below). 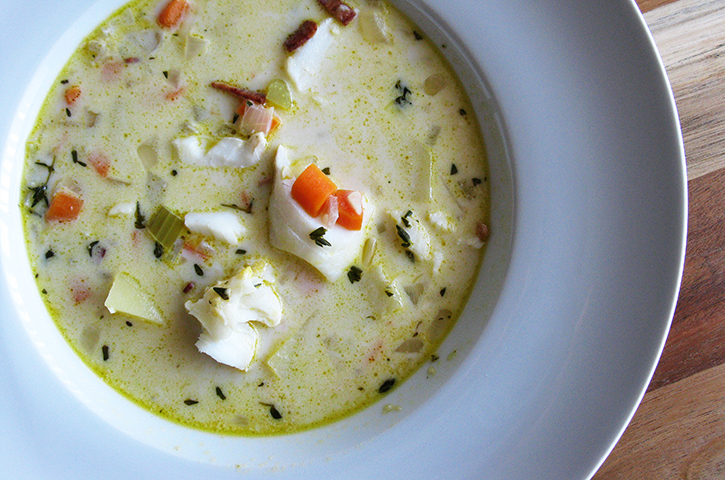