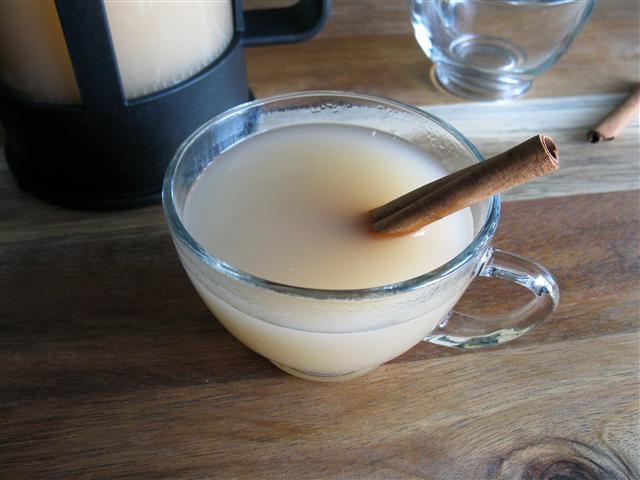 Old man winter has made himself at home.  And while I really don’t mind his arrival, it’s the goodies he tends to bring with him, like colds, flues, and less than 10 hours of sunlight each day that I don’t enjoy.  Being asthmatic, I’m especially prone to lung infection, particularly pneumonia.  (I’ve gotten it every year since I’ve moved from Florida back to New York…hmm, perhaps a sign that I need to move back to Florida?)  Anyway, I’ve been feeling a little under the weather and I’m of the mindset that prevention is the best cure, which is why as of late I’ve been getting my fill of things like tahini (you can read about its beneficial effects on asthma here), green veggies, and homemade soups.  And now oat tea.

It was over a year ago that I reviewed Tosca Reno’s Eat Clean Cookbook, but one of the recipes that really impressed me was Oat Tea.  Tosca says it’s “for fighting colds during the winter season and strengthening your immune system year round.”  (If that doesn’t sound like the perfect trick to have up your sleeve, I don’t know what does!)  I’m pretty open-minded about food, which is why I recently decided to give this a try.  (Incidentally, I wonder if eating a bowl of oats in the morning has the same effect, or is it something about drinking the liquid?  Very interesting.)

So how did it taste?  I have to preface what I’m about to say by telling you that I adore the flavor of oatmeal and eat it almost daily for breakfast.  Now on the other hand, oat tea is a very interesting drink, to say the least.  Its taste is decent (cinnamon, honey, and vanilla make sure of that), but it’s viscous and, well, slimy.  (If you’ve made oatmeal you’ll understand what I mean – you know how the oats and water are a bit slimy at first until all the water is absorbed?  Well this tea is just the slimy water.)  Not that it was bad, just different.  But if it helps keep me from getting sick I’d drink it again in a heartbeat.  (Although I’ll admit I’d rather just have a glass of orange juice, lol!) 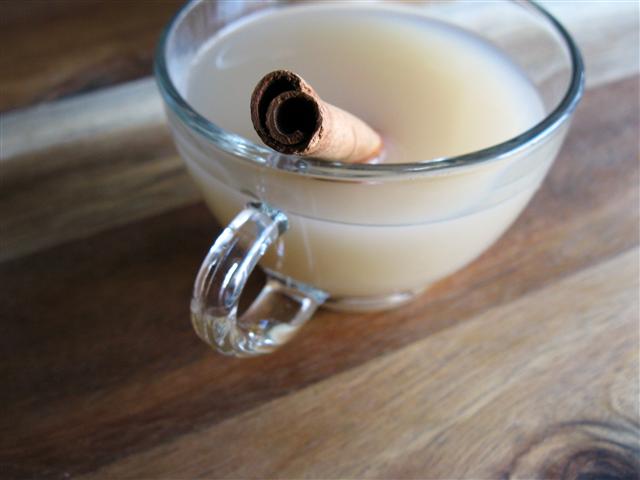 Put oats, cinnamon stick, and water in a small saucepan and bring up to a boil; turn heat down and simmer (covered) 30 minutes.  Turn off heat and add honey and vanilla.  Strain to remove oats if desired (I served it in a French press so there was no need to strain); serve.