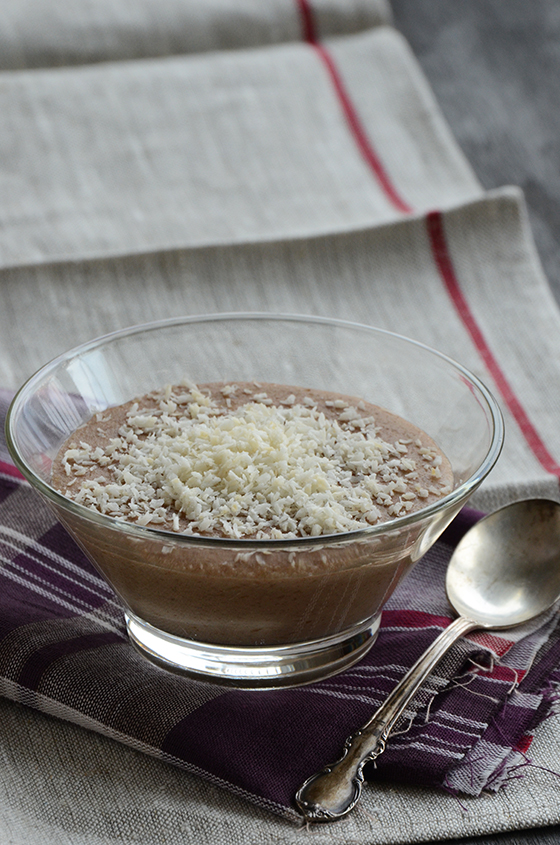 I know this is my second breakfast post in a row, which is a little out of the ordinary for me, but lately my breakfasts have been more interesting than my other meals! And this breakfast in particular is just too good not to share with you.

You probably noticed “paleo” in the title of this dish. I’ve been experimenting with grain-free baking for a while now (with recipes like coconut-chocolate chunk muffins, peanut butter banana bread whoopie pies, and mini vanilla-almond cupcakes), and I just recently decided to take it to the next level and start dabbling in paleo. Nothing too strict or serious, I’m just testing the waters to see what’s out there. The more I experiment, the more I realize that just about anything that is traditionally made with grains, refined sugar, etc., can be re-made into a paleo version of itself. And if it’s healthier and tastes fantastic, why not eat it? This porridge is just that: a grain-free version of Cream of Wheat-style porridge.

And because I can’t talk paleo without telling you about my paleo guru, I have to mention Melissa Joulwan. Her cookbook Well-Fed is without a doubt my favorite paleo cookbook, and she blogs at The Clothes Make the Girl – check her out! (And if you’re intrigued and want to find out more about the paleo way of life, another great site is Mark’s Daily Apple; he’s the author of The Primal Blueprint.) 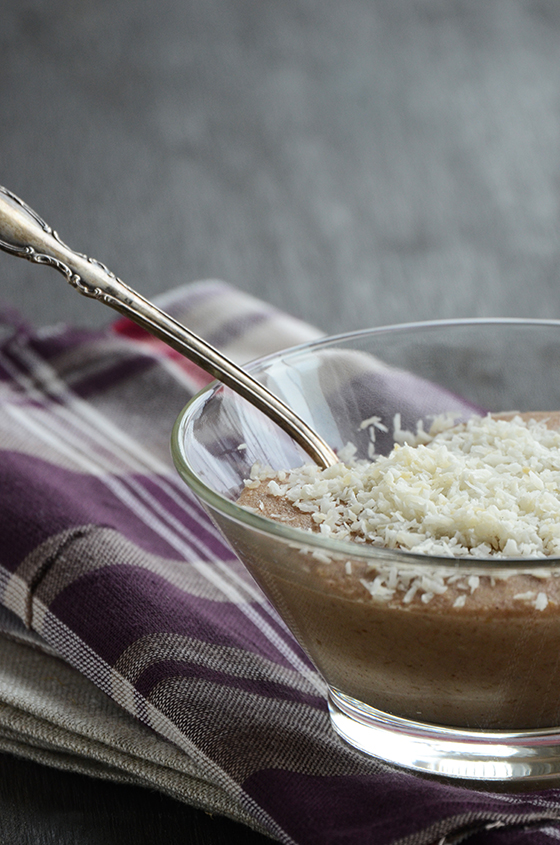