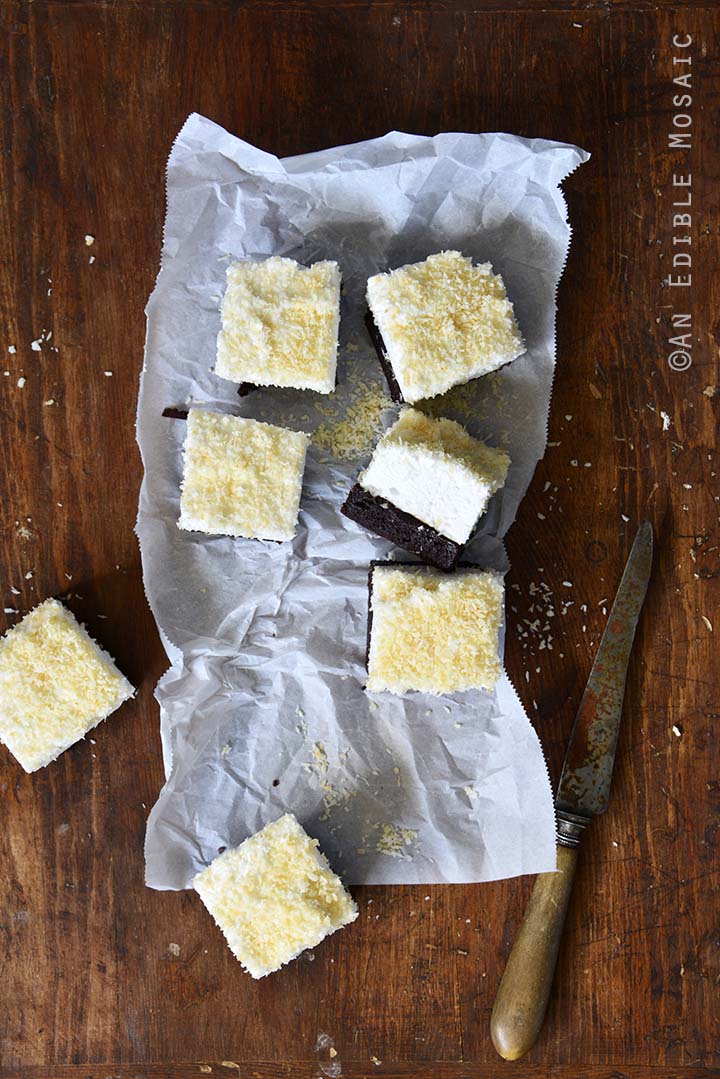 Anyone else remember eating those little cream-filled chocolate cakes covered in marshmallow and pink coconut as a kid? Those were the sort of things that my sister and I considered a complete treat when we’d go to our friends’ houses and have them…because my mom never kept them around (and now I’m glad she didn’t, lol!).

Recently I thought about those little goodies for the first time in forever, and I got to thinking how easy it would be to make a homemade version (which of course isn’t healthy, but at least eliminates the unpronounceable ingredients and the scary pink dye). I decided to go with a brownie base (instead of chocolate cake), so I didn’t bother with a cream filling. The super thick marshmallow was more than enough though! 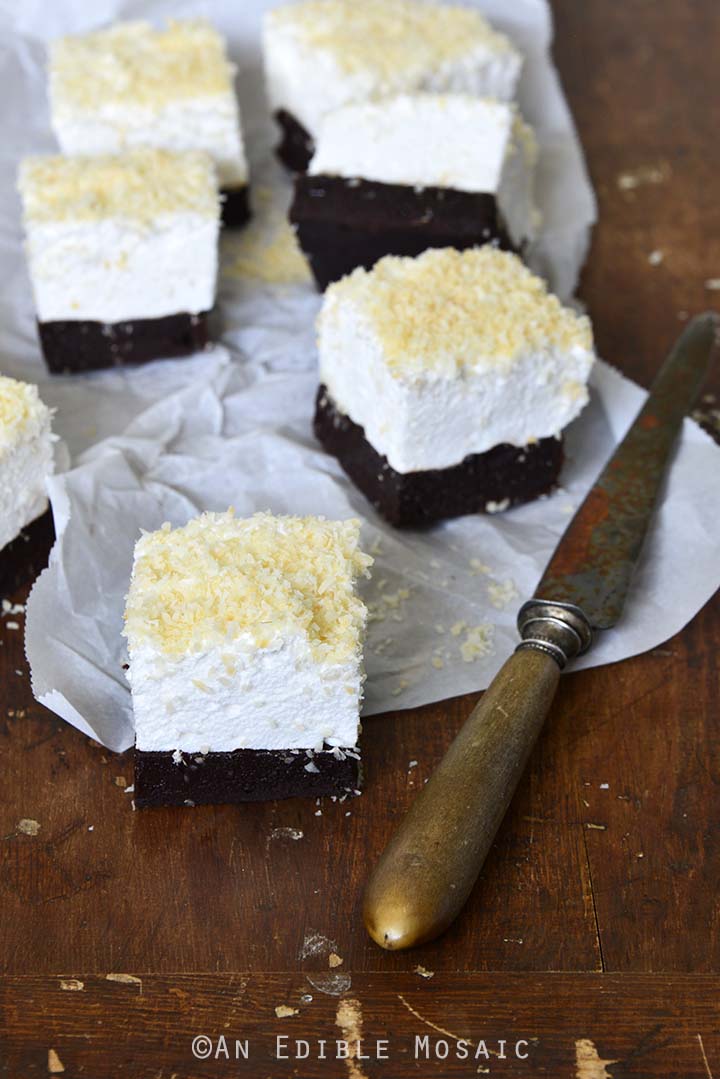 For the brownies, I slightly adapted Alice Medrich’s recipe for Best Cocoa Brownies from Bittersweet (Artisan; 2003), as seen on Food52. Because really, her brownies are hands-down the best. For the marshmallow topping, I played around a little and came up with a pretty great version that doesn’t use corn syrup. But in my opinion, the toasted coconut on top makes these!

What was your favorite junk food growing up? 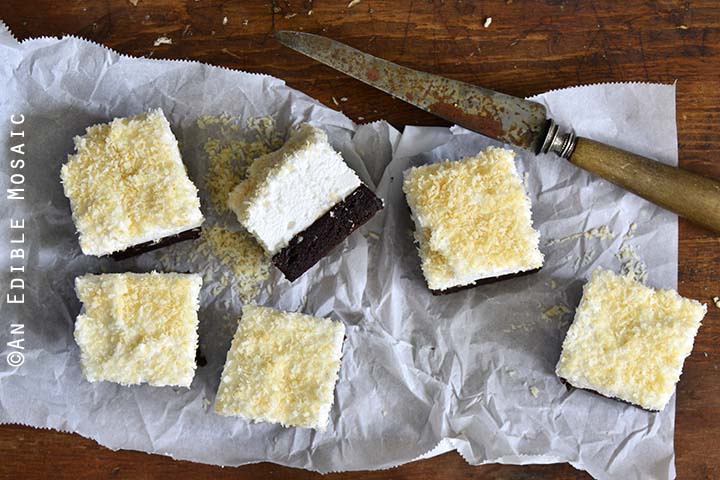