After a long, cold winter I look forward to seeing asparagus abound in the market…it means spring is here!  When asparagus is in season I’m always looking for new recipes to use it in, so when Natasha announced that this month’s 5 Star Makeover Challenge was pasta, I knew I wanted to incorporate asparagus somehow. 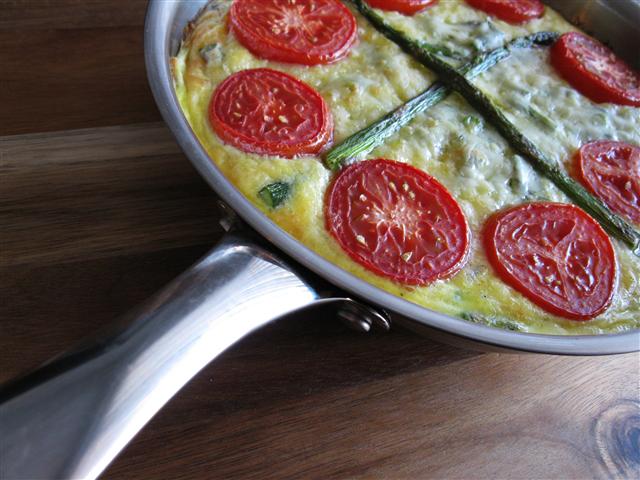 Quiche came to mind and I envisioned a golden spaghetti crust filled with a light quiche and roasted asparagus, and topped with bubbling cheese.  The crust didn’t turn out as planned…the spaghetti wasn’t golden or crust-like.  Instead, the pasta incorporated into the quiche filling (think spaghetti frittata).  I think next time I’ll precook the spaghetti in the pan in the oven to crisp it up a bit before I add the filling to see if that helps at all.  Despite this, it was still a completely delicious and satisfying spring meal.

I’m sending this recipe to Natasha of 5 Star Foodie for her 5 Star Makeover Pasta Challenge! 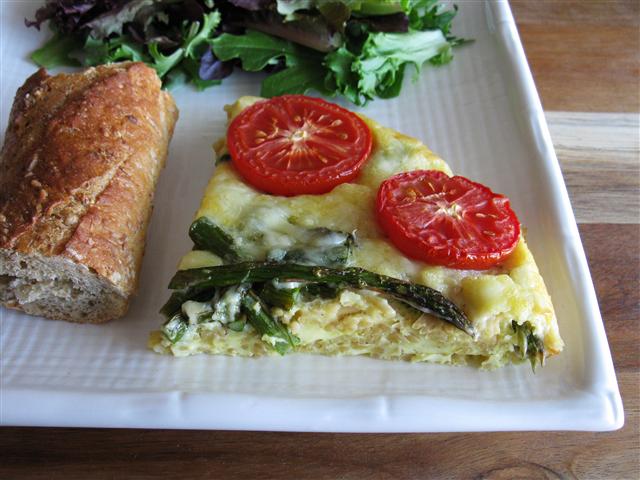 1/3 lb multi-grain spaghetti (or any kind of spaghetti)

Butter (to grease the pan)

Roasted Asparagus:  Preheat the oven to 425F.  Wash the asparagus and pat it dry.  Snap off the tough ends (save them for vegetable stock if desired) and arrange the asparagus in a single layer on a baking sheet.  Drizzle with the olive oil and sprinkle with salt and pepper, then use your hands to roll the asparagus around so it’s evenly coated with oil, salt, and pepper.  Bake for 8-10 minutes, giving the pan a shake halfway through cooking.  The asparagus is done when it’s golden brown in places and fork-tender.  Allow the asparagus to cool slightly, then cut into bite-sized pieces (about 1-inch long).

Prepare the spaghetti to al dente according to the package directions.

In a blender or food processor, process the cottage cheese and milk until smooth.  Pulse in the eggs, egg whites, and a pinch of salt and pepper until combined. 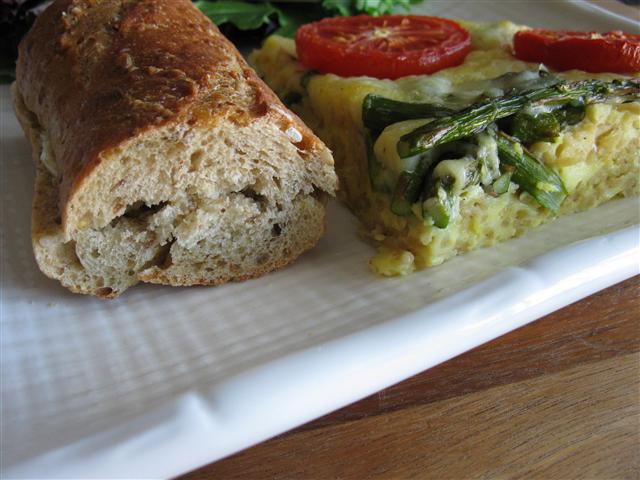