Enjoy this naturally caffeine-free Spiced Chamomile Tea Latte Recipe as a relaxing hot beverage any time of day; it’s as easy to make as steeping tea! 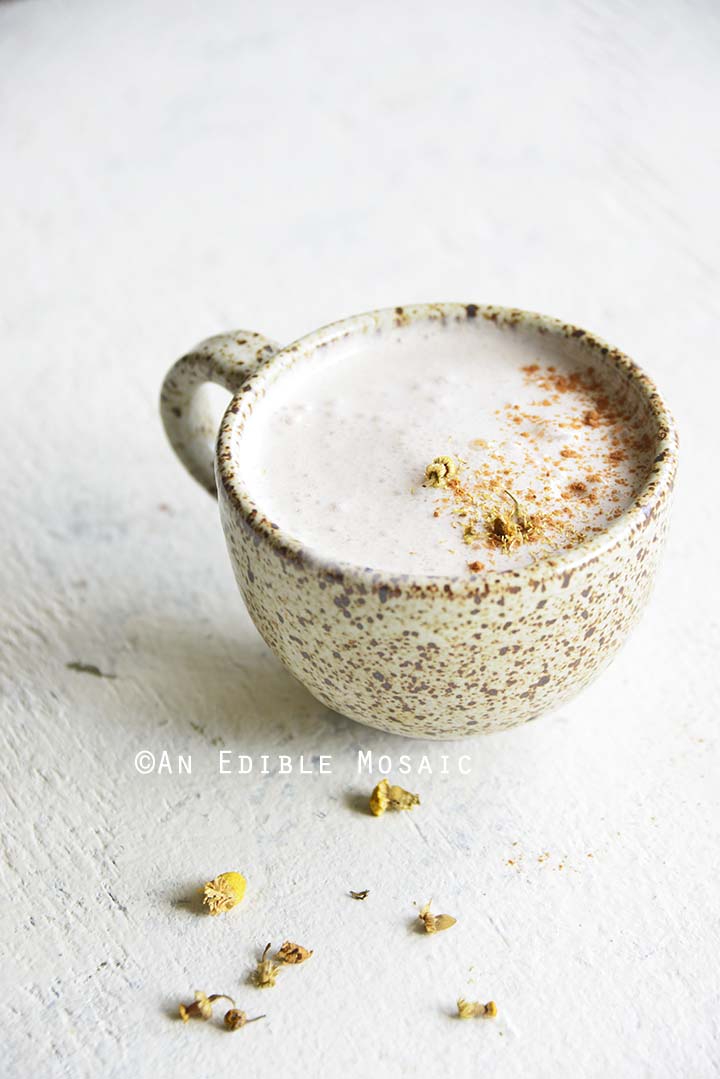 If you’re trying to reduce your coffee intake or just want a delicious new hot beverage to try, I highly recommend this Spiced Chamomile Tea Latte Recipe. This latte features the crisp, fruity aroma of chamomile mellowed out with a subtle nuttiness from almond milk, warm spices, complex vanilla, and a hint of sweetness. It’s the perfect drink to relax with any time of day!

Normally I drink two cups of coffee a day, and I’m ok with this. However, I occasionally go through phases where I convince myself to try to reduce my coffee intake. A few months back I decided to cut my coffee consumption down to just one cup a day. For me, the biggest issue was finding a routine to replace my French press coffee ritual in the morning.

Here are a few ideas for caffeine free coffee substitutes:

What’s the Difference Between Tea and Tisane?

Black, green, white, and oolong teas come from a plant called Camellia sinensis. Herbal teas, which are also referred to as tisanes, are infusions of spices, barks, roots, leaves, flowers, fruits, etc. that are steeped in liquid (usually water). Note that the steeping time is different; in general, tea requires a shorter time to steep than tisane requires. 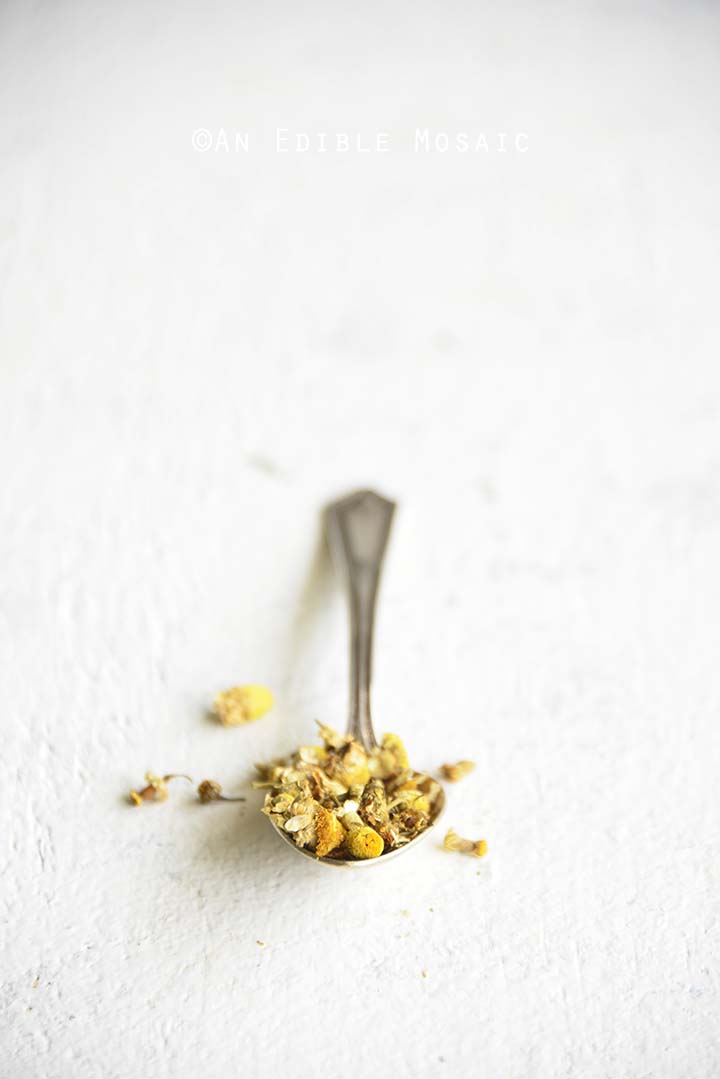 Studies indicate that chamomile tea can lead to improved sleep quality and fewer symptoms of depression. Additionally, it may have antioxidant, antibacterial, and anti-inflammatory effects; it may also be beneficial for blood glucose, insulin, and blood lipid levels. (Read more about the health benefits of chamomile on HealthLine and Medical News Today.)

How Long Before Bed Should You Drink Chamomile Tea?

Chamomile is thought of as a mild sleep inducer or tranquilizer. Its calming effects may be attributed to an antioxidant called apigenin, which binds to benzodiazepine receptors in the brain and may assist in reducing anxiety and initiating sleep. (Read more about chamomile as a sleep inducer on HealthLine.) It’s generally recommended to drink chamomile tea about 30 minutes before bed, but remember that it needs to steep for about 10 minutes.

How to Make a Chamomile Tea Latte

Making a chamomile tea latte is as easy as making a cup of tea. Simply heat the liquid and steep the chamomile, and add any spices or sweetener you like. 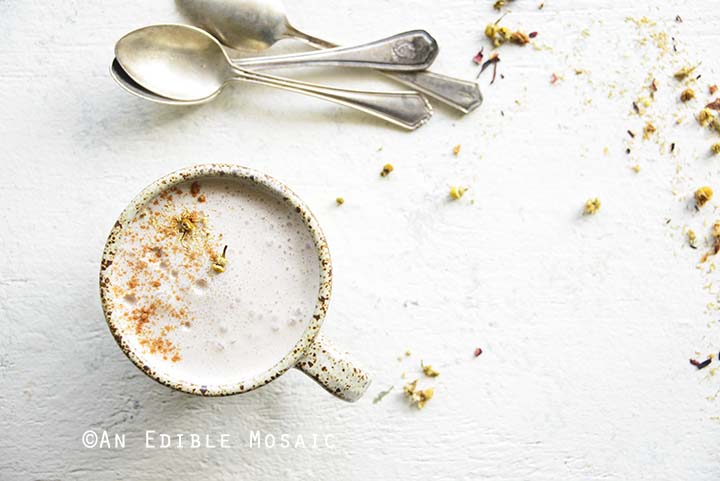 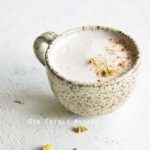 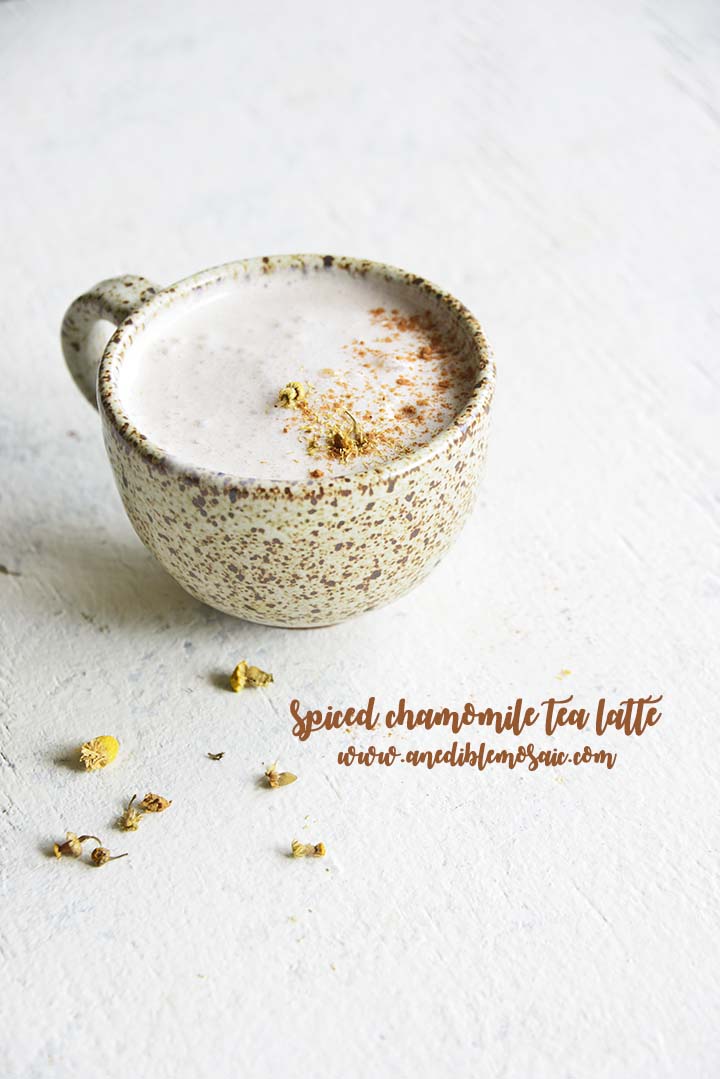