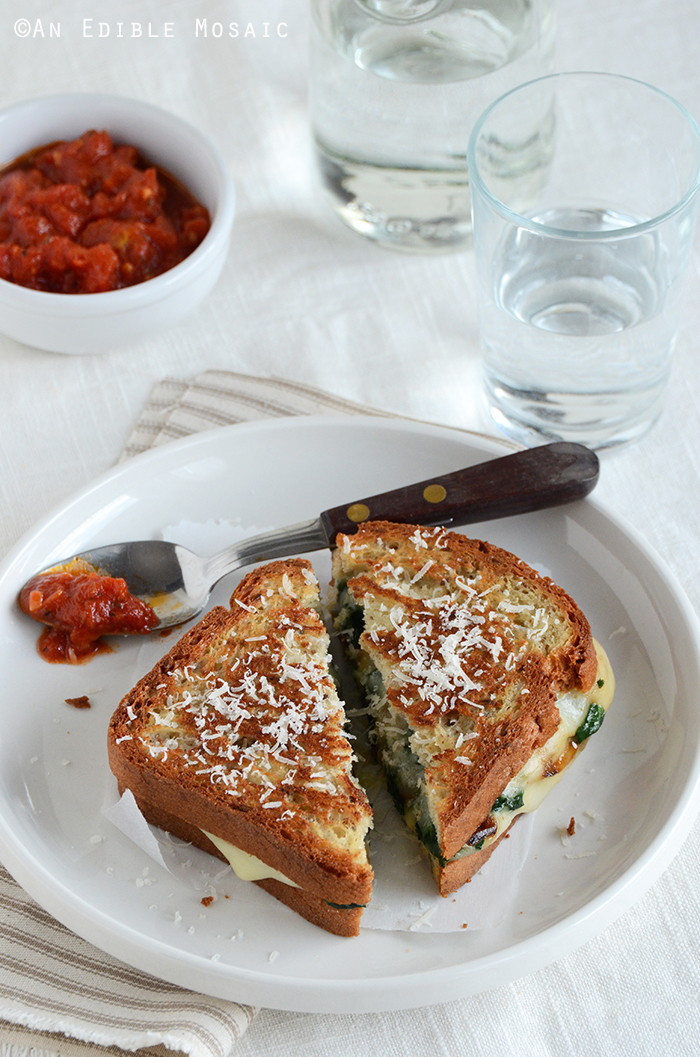 With all the amazing looking grilled cheese recipes that have been floating around the internet recently you probably know that April is National Grilled Cheese month.

I had no idea that such a thing existed until the lovely Jo-Lynne (of Musings of a Housewife) asked me if I wanted to create a grilled cheese recipe in honor of the occasion. (Of course I said yes. :) ) 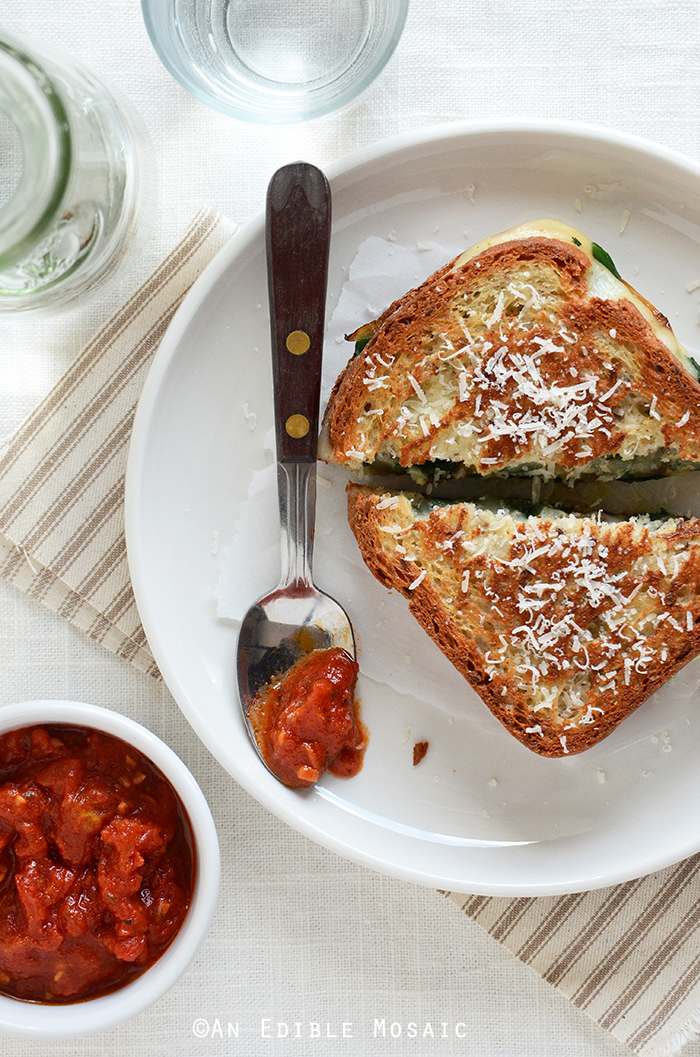 It was recommended that the sandwich include Udi’s Gluten Free Bread and Horizon Organic Cheese. I received three loaves of Udi’s bread to try: Millet Chia, Omega Flax & Fiber, and White Sandwich. Even though I occasionally make gluten free baked goods (mostly muffins and cookies) this was my first time trying gluten free bread and I wasn’t sure what to expect (when it comes to bread, I’m a croissant/baguette/country loaf-loving kind of girl, you know?). But I admit I was impressed with all three loaves. The omega flax and fiber was my favorite; it had great flavor and a nice chewy texture. The millet chia was delicious too; not quite as dense as the omega flax and fiber, but still hearty. The white sandwich was completely different from the two other loaves (this one was incredibly light and airy), but I really enjoyed it too; it was fantastic toasted and spread with a little butter and jam. (P.S.  I also received two coupons for Horizon Organic products — their cheese was delicious also!) 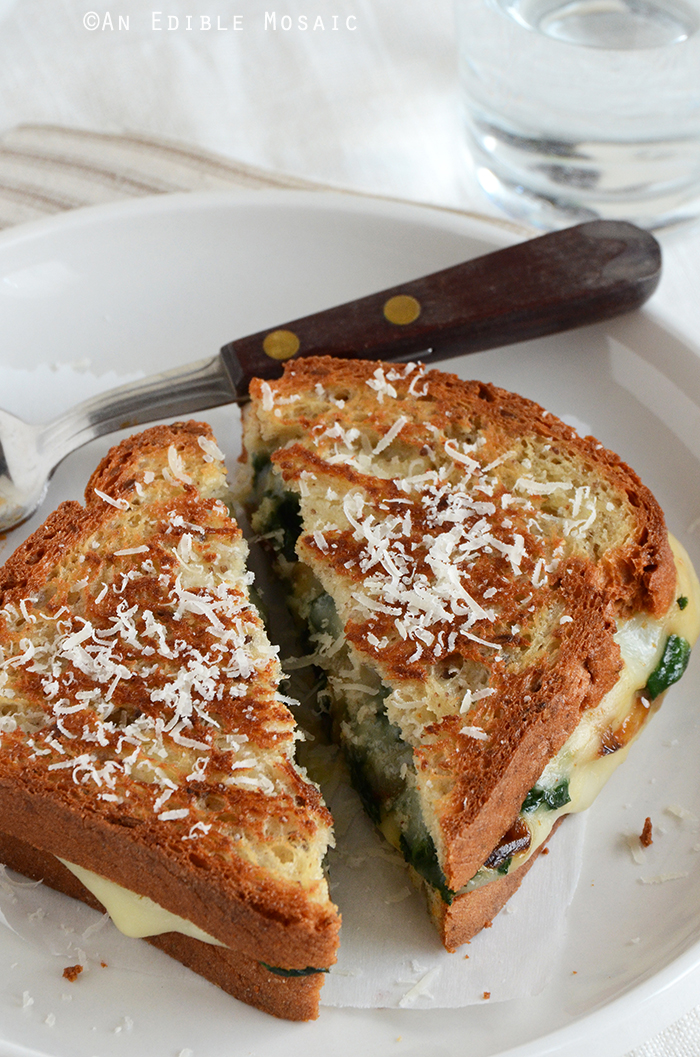 I knew I wanted to use the omega flax and fiber bread (since it’s dense and chewy and I wanted something hearty for my grilled cheese). I was craving a spinach calzone something fierce and I thought why not make it into a grilled cheese?

It rocked my world. I’ll be making it again…and again. (Especially when a calzone craving strikes.) :) 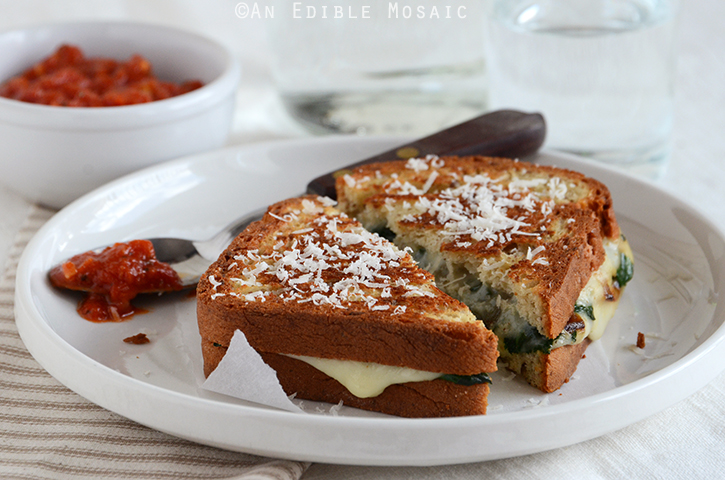 Disclaimer: I received the Udi’s Gluten Free Bread and Horizon Organic Cheese used in this recipe for free; as always, opinions stated are my own.