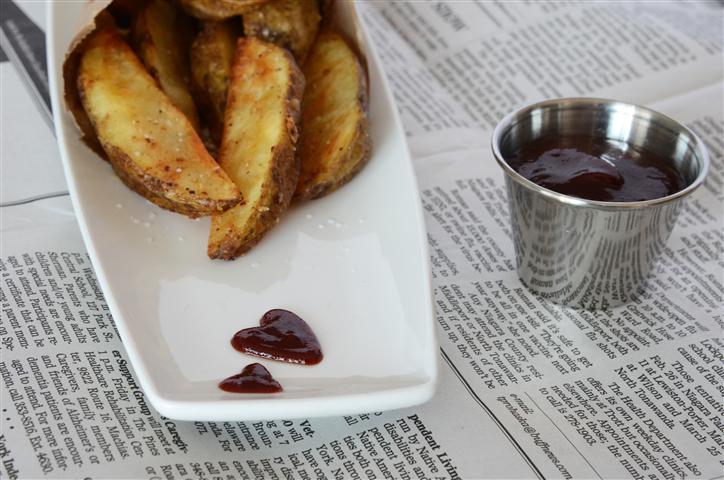 Before I went on vacation the wonderful people at Redpack sent me a sample of their products to try, including a can of whole peeled tomatoes and a can of crushed tomatoes.  I was pretty excited because I’ve been buying Redpack products for a while now, so I know firsthand just how fantastic they are (and in the colder months when fresh tomatoes are mealy and tasteless, canned tomatoes are a staple in my kitchen).  Instead of using the tomatoes to make something like sauce, chili, or soup, I wanted to delve into something a little less ordinary.  Ketchup came to mind, and once I had the idea it just wouldn’t go away. 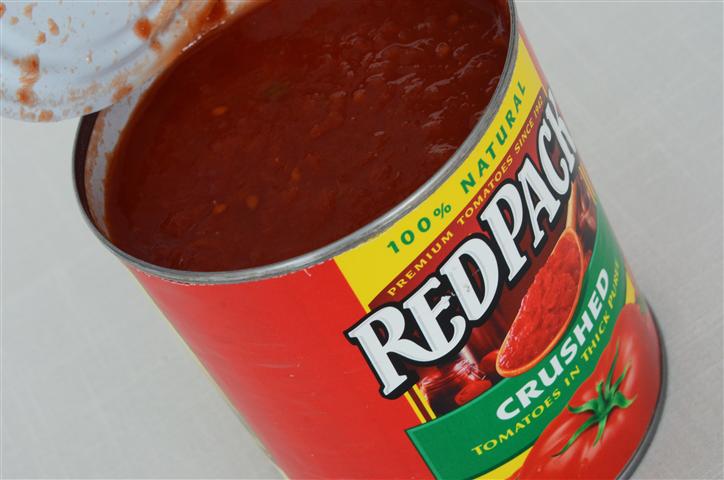 I’ve always heard that homemade ketchup is infinitely better than the store-bought stuff, but I like regular ketchup well enough and I really didn’t think much of it.  But after eating the homemade version I can safely say that if I have time to make it, I will never buy the store-bought stuff again.  In honor of my newfound love, I made oven-fried potato wedges, or more appropriately, vessels to soak up my homemade ketchup.  BEST.FRIES.EVER.

(The potato wedges are super easy to make and for anyone who wants the recipe, here’s what I did:  Preheat the oven to 450F and brush a baking pan with a generous coating of olive oil.  In a shallow bowl, combine a little all-purpose flour and seasoned salt.  Cut starchy potatoes into wedges and toss in the seasoned flour, shaking off any excess.  Arrange the potatoes in a single layer on the prepared baking pan and bake until crispy outside and tender inside (about 25 minutes), flipping once halfway through.) 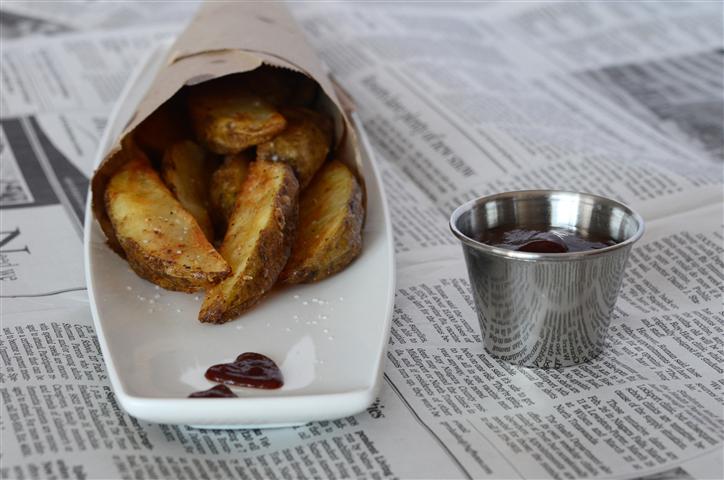 I should tell you that this ketchup recipe was a bit of trial and error for me, as I didn’t get the recipe exactly right from the very beginning.  What I didn’t realize is that making ketchup isn’t like making BBQ sauce:  you can’t just put everything in a pot and boil it down.  The tomato solids get in the way.  On my second attempt at this recipe I drained the solids out and it worked like a charm.  But I didn’t have the heart to just throw the solids out (after all, it is still edible food!), so I spread it on a plate, drizzled it with olive oil, and called it tomato pâté.  No one was the wiser.  ;) 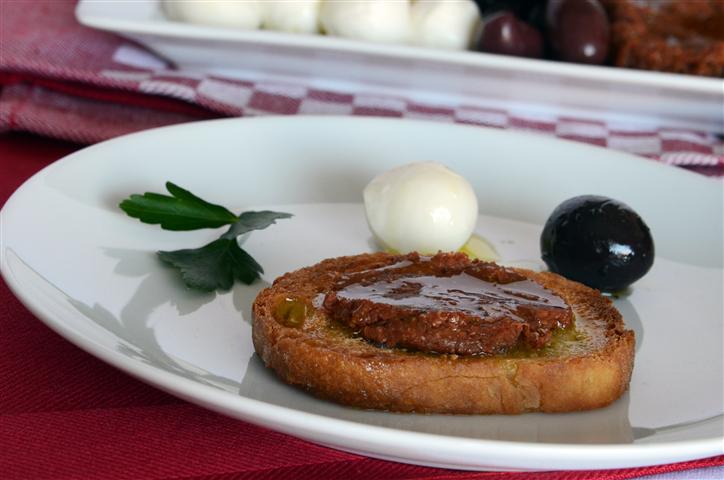 (In case you’re wondering, as far as taste goes, the tomato pâté tasted great.  The only issue was that the texture was a bit…hmmm…I guess tree bark-like is the best way to put it.  Anyway, I don’t think it would be noticeable mixed into a tomato sauce or tomato-based soup, or made into a dip with cream cheese, sour cream, and spices.  I think I’ll try the dip next time since I still don’t think I’ll have the heart to throw the solids out, lol!) 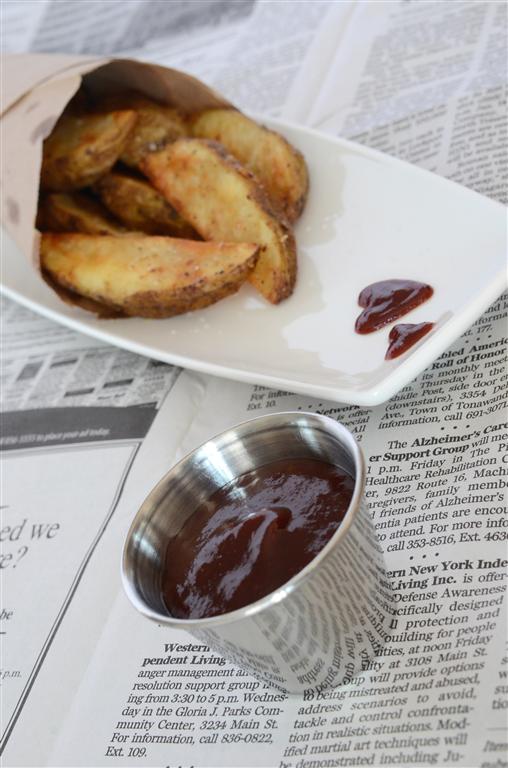 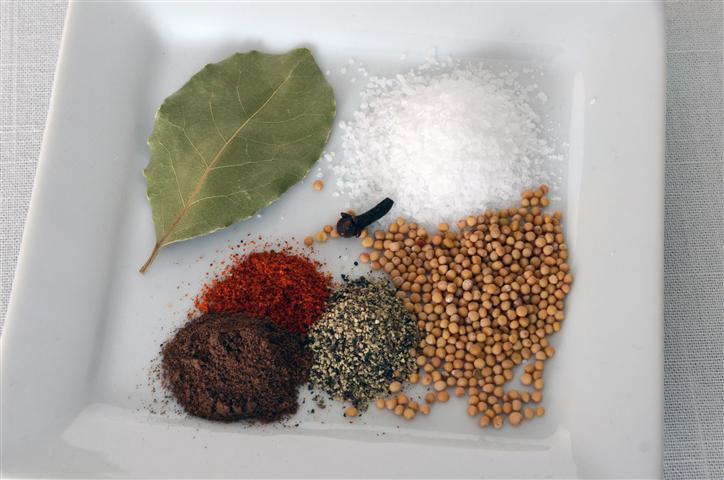 Now on to the giveaway!  The generous people at Redpack offered to give away a prize pack to one lucky reader.  The prize includes everything you see… 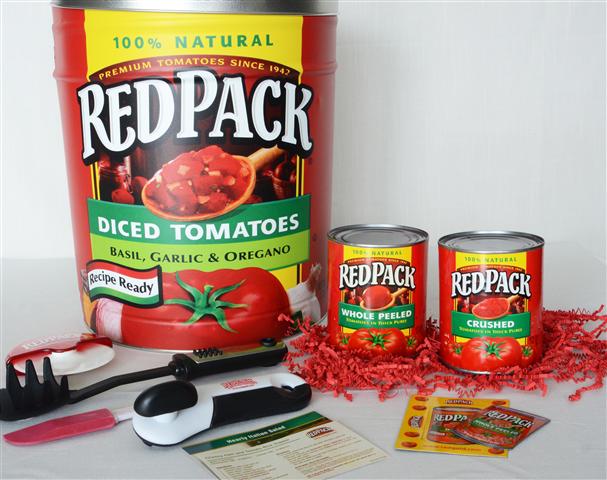 You don’t need to have a blog to enter this giveaway!  To participate, you can do any or all of the following; please leave a separate comment for each so I can count it as another entry:

1)  Leave a comment here letting me know your favorite thing to make with canned tomatoes.

2)  Add me to your RSS feed and leave a comment here letting me know (to do this, go to the top right corner of my website and click where it says “Posts”).  (Or just let me know if you’re already an RSS subscriber.)

3)  Become an email subscriber (to do this, go to the top right corner of my website and click where it says “By Email”; after that you will be able to enter your email address).  (Or just let me know if you’re already an email subscriber.)

This giveaway ends Thursday, April 28th at 12AM EST; after that the winner will be randomly chosen and notified by email.  Good luck to all!

Disclaimer:  I received this product to sample for free, courtesy of the kind people at Redpack, but as always, opinions stated are my own.