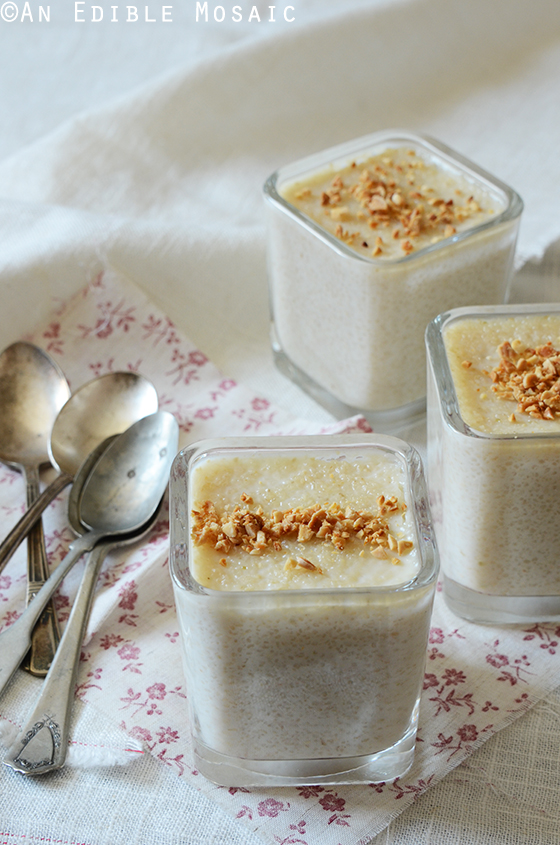 It’s been a while since I talked about our pudding obsession.

Our obsession hasn’t gone anywhere, but I don’t want to bombard and overwhelm you with pudding, of all things. That would just be weird. 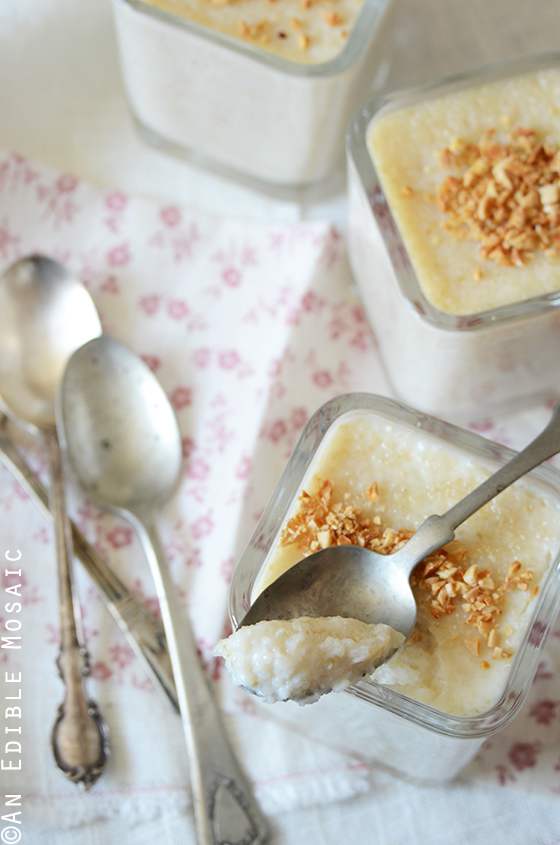 However, it’s been long enough since I shared a pudding recipe (too long, really!), and I absolutely had to share this version. It uses something that you might not have thought about using to make pudding: brown rice farina! (Which I think makes it at least arguable that this pudding can pass for breakfast, especially if paired with fresh fruit. Plus, Cooking Light lists brown rice as a carb that satisfies!)

With almond extract perfuming the pudding and toasted almonds gracing the top, this pudding is an almond-lovers dream. I also use a little bit of mahlab, a spice that’s used judiciously in certain Middle Eastern dishes. I think it tastes like a cross between cherries and almonds, and it adds that little touch that makes people say, Hmm…what’s in there?

If you like pudding but don’t usually take the time to make homemade, you will go crazy for this rice pudding on-the-quick. 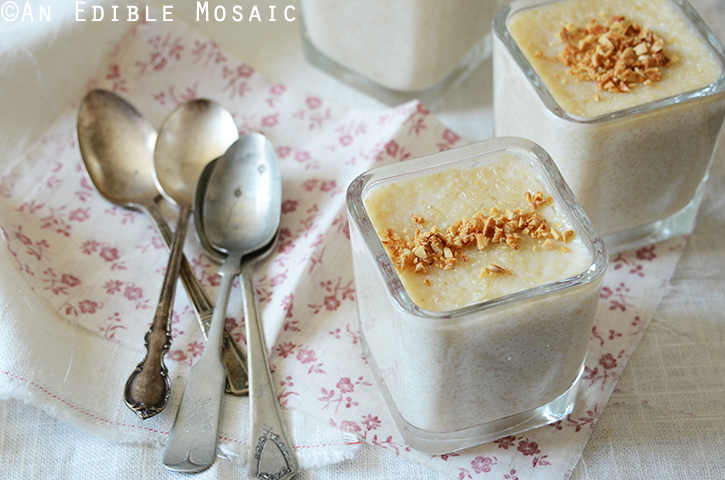 Print
Creamy Almond Brown Rice Pudding
Prep time:  5 mins
Cook time:  15 mins
Total time:  20 mins
Yield: 4 (about ¾ cup) servings
Ingredients
Instructions
Notes
To Serve Hot: This pudding can be served immediately if you like it hot; once it cools down, it’s hard to reheat though (the consistency changes), so I recommend serving it right away if you want to serve it hot.
3.5.3251

Disclosure: I received the brown rice farina that I used in this recipe for free from Bob’s Red Mill. I did not receive compensation for this post and I was under no obligation to review the product; as always, opinions stated are my own.

This is the "Wheat" Bread from mine and @laracleve