Home » How To » How to Make Coconut Milk {Vegan, Lactose-Free} 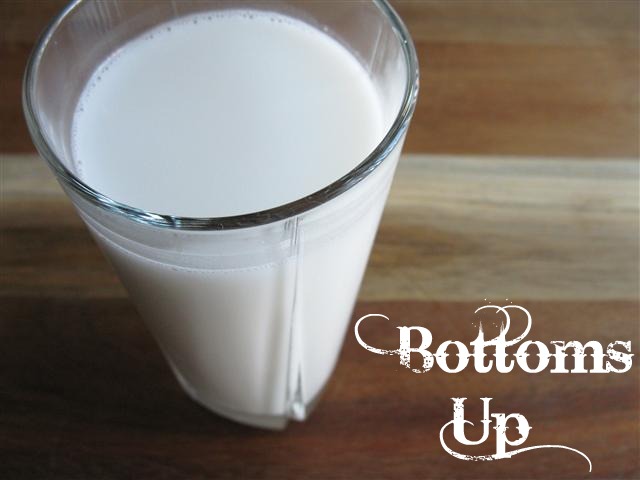 With the high prevalence of people choosing vegan foods and people living with food allergies, dairy-free milk substitutes are becoming increasingly popular.  I remember my little brother being lactose intolerant when he was young and his doctor recommending he drink goat’s milk, which still contains lactose but for some reason is easier to digest than cow’s milk.  My sister and I teased him relentlessly (all in good fun…what are loving big sisters for?), calling him a little “kid” (bad pun, I know).  Anyway, nowadays even in regular grocery stores you can usually find several different kinds of dairy-free milk, including rice, almond, soy, and coconut milk, to name a few.  While dairy-free milk products are commonly available, they are often thought of as being specialty products and are typically pricier than regular cow’s milk.  So why not make your own?

Coconut milk is easy to make; it requires only two ingredients – coconut and water – and minimal equipment.  Making it at home yields both coconut cream and milk (if you let it stand in the fridge, the cream will rise to the top and the milk will sink to the bottom, just like what you would find if you were to open a can of coconut milk).

And even after extracting the milk, coconut pulp has its uses, so don’t throw it out.  Here are a few ideas for what to do with it:

So now the $64,000 question:  what does it taste like?  (After all, in the end it’s the taste that really matters, right?)  Coconut milk is subtly sweet and has a faint coconut aroma.  It’s great to drink on its own or use in coffee, puddings, curries, soups, or pretty much anywhere else you would use milk.  Coconut cream tastes like coconut milk, but with a thicker, richer consistency.  Coconut cream works well as a cream substitute, and to make things like ice cream, curries, or whipped cream (just use an electric beater and whip until soft peaks form).

I really enjoyed making coconut milk.  I’ve never milked a cow, but I can only imagine that making my own coconut milk was rewarding in the same way that milking a cow would be (you know, as Steinbeck said, the whole living off the fat of the land thing).  I’m actually thinking of trying my hand at homemade rice and soy milk as well. 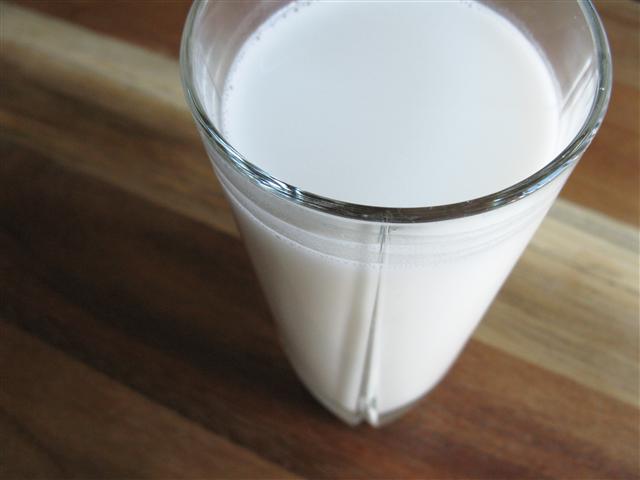 2 c boiling water for each of three presses

Step 1:  Line a strainer with cheesecloth (double thickness) and place the strainer over a bowl.

Step 2:  Put the coconut in a food processor and carefully pour 2 c boiling water on top.  Process for 45 seconds, then let the coconut cool a bit.

Step 3:  Pour the pureed coconut into the cheesecloth.

Step 4:  Gather together the corners of the cheesecloth and twist to wring out the milk.

Step 5:  To do a second press (in which you will end up with more coconut milk and less coconut cream), repeat steps 2-4 with the same coconut, reusing the same piece of cheesecloth.

Step 6:  Do a third press in exactly the same way as the second press.

The milk can be stored in the fridge for 1-2 days (it will separate into coconut milk and coconut cream).

*I used desiccated coconut, but you could also use fresh coconut here. 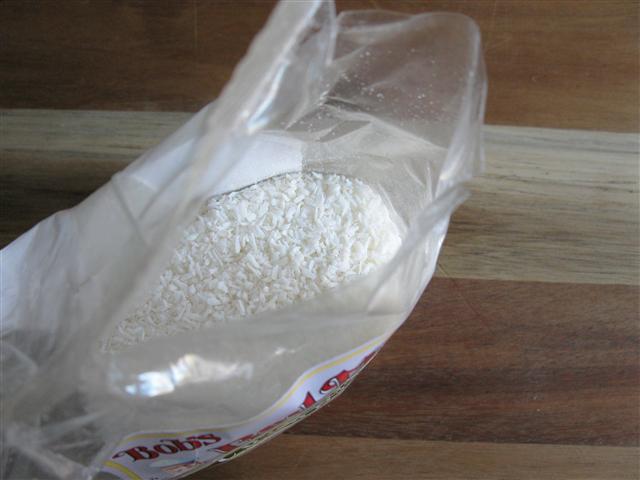 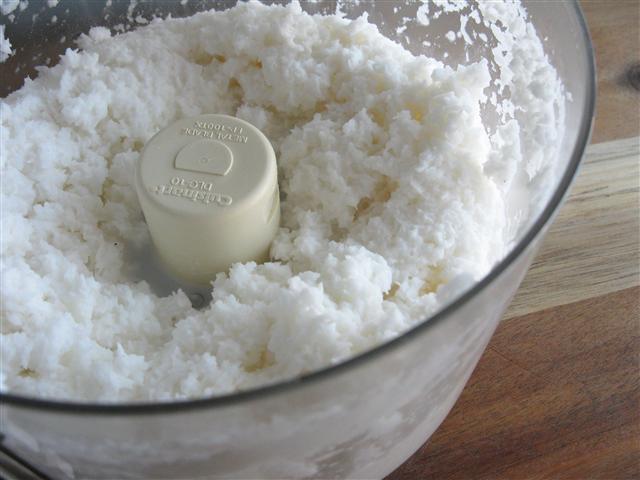 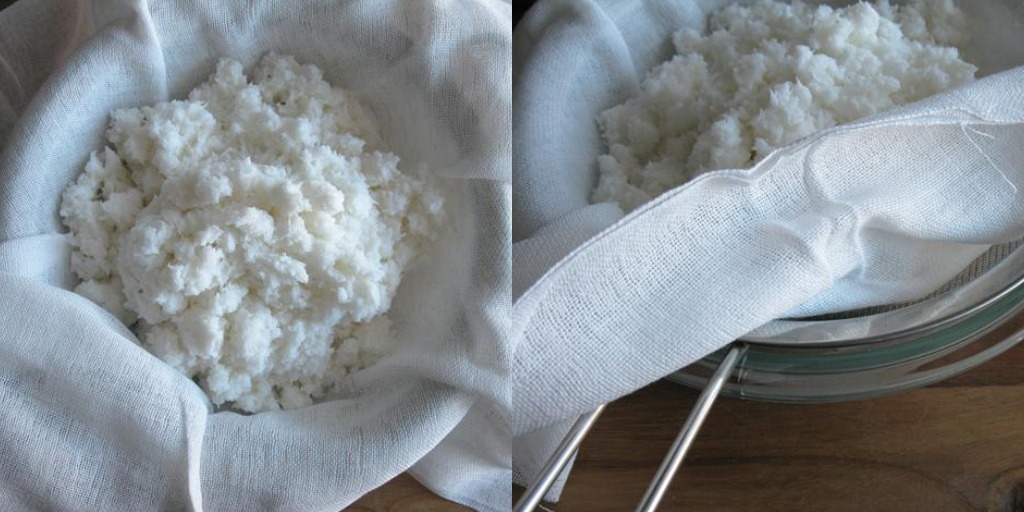 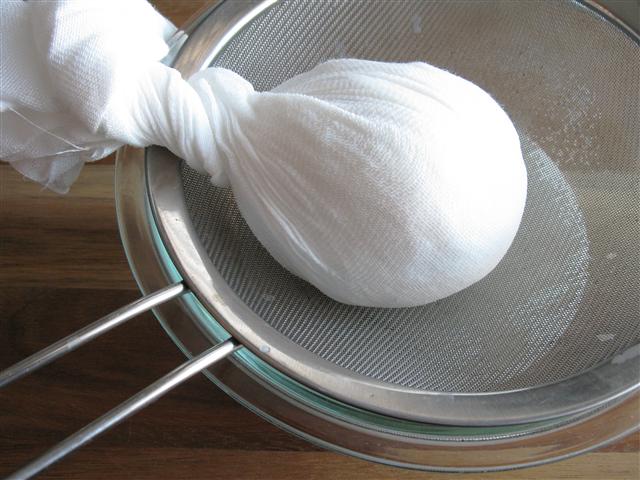 Step 4:  Gather Together Corners of Cheesecloth and Twist to Wring out Milk 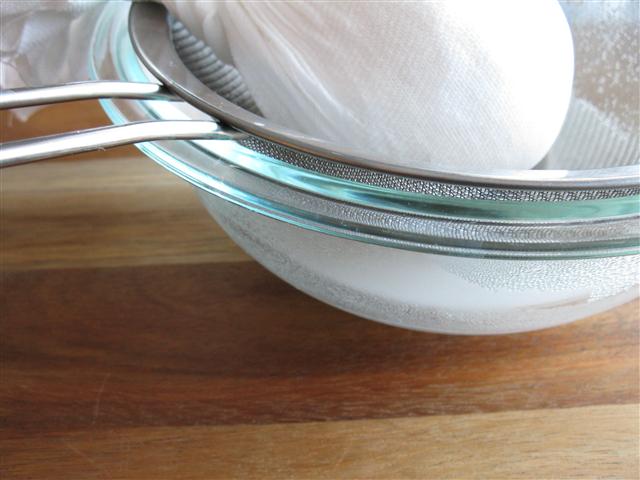 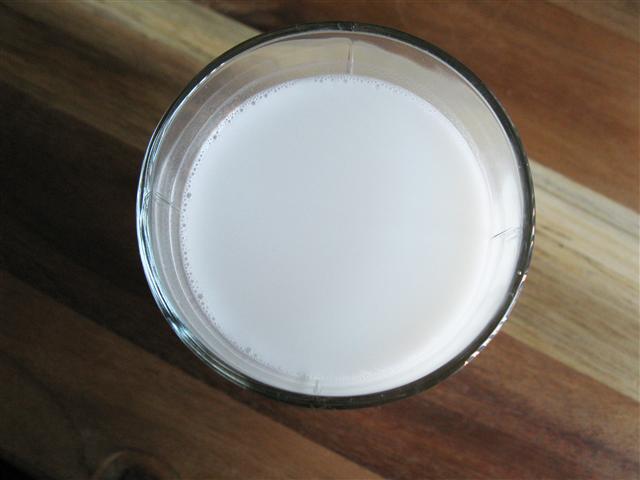