Perfect for breakfast, brunch, for breakfast-for-dinner, this Keto Low Carb Quiche Lorraine is rich and flavorful with bacon, cheese, and onion. 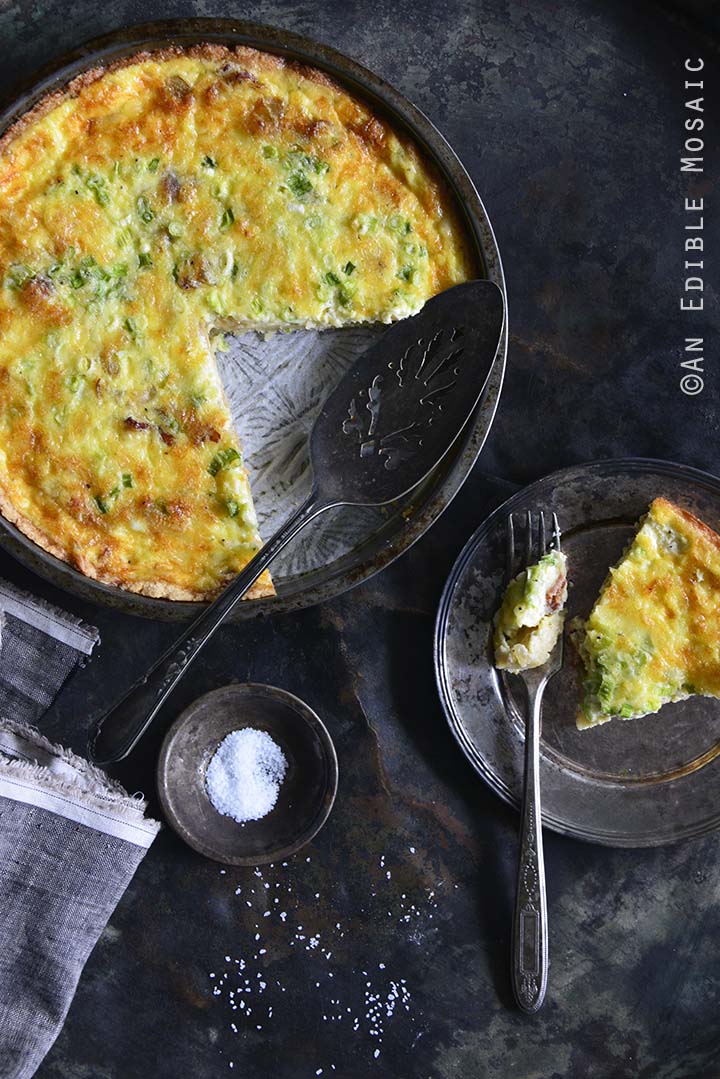 Quiche is often something that’s thought of as a retro dish, but there’s so much to love about it we should bring it back! Anyone who’s a fan of eggs will enjoy how easy to make and versatile this Keto Low Carb Quiche Lorraine recipe is. It’s a simple dish, but somehow seems to feel elegant.

What is Quiche: How to Make Quiche and the Main Ingredients of Quiche

Quiche is a savory custard-like mixture of eggs and milk or cream as a base, usually baked in a pastry crust in a pie plate or tart pan. It’s a very easy dish to customize. Cheese is a common addition, and so is meat, such as cooked sausage or bacon. Quiche is also a great way to use up vegetables; a few of my favorites are steamed broccoli, roasted bell pepper, roasted asparagus, roasted zucchini, wilted spinach or Swiss chard, or sautéed mushrooms.

The Difference Between Quiche, Frittata, and Omelets

Quiche, frittata, and omelets are all egg-based dishes, but the main difference is in their preparation. Quiche is usually baked in the oven for the entire cooking process. Omelets are typically cooked on the stovetop. Frittata is similar to a crustless quiche with an egg base with any meats, cheeses, and vegetables you like added in, but the cooking process for frittata is what sets it apart. Frittatas start off being cooked in an oven-safe pan on the stovetop until the outside is set, and then they’re transferred to the oven to finish cooking. 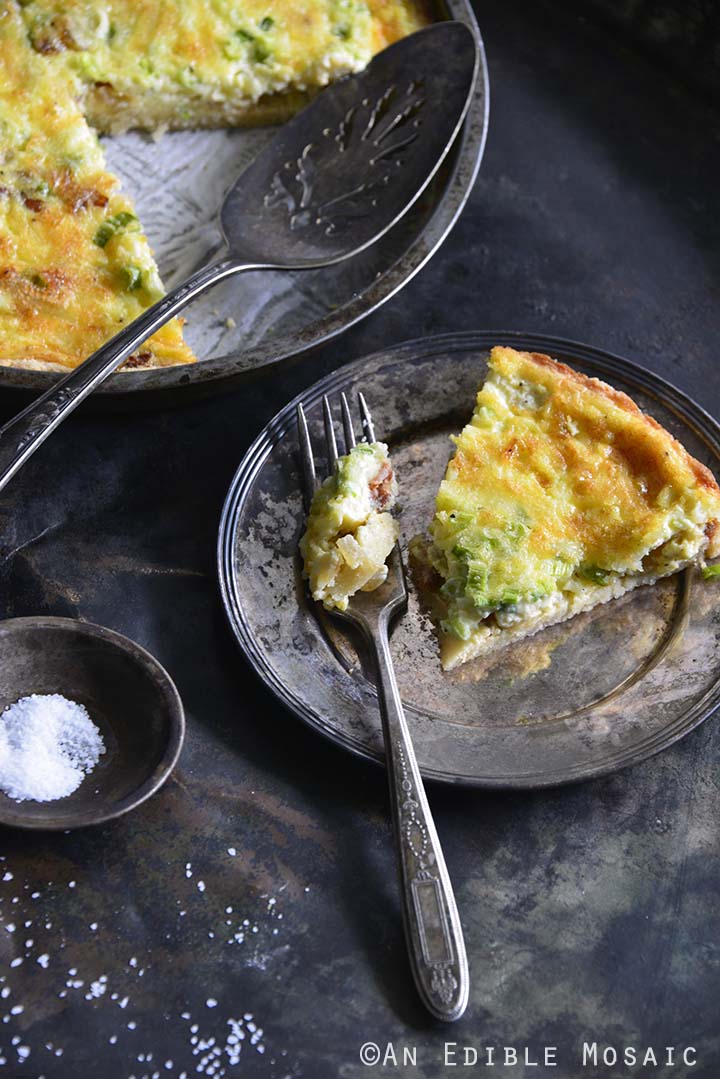 The Ingredients for This Low Carb Quiche Lorraine Recipe

Like any quiche, this Low Carb Quiche Lorraine starts with a base of eggs and milk or cream. Smoked bacon and Gruyère or Swiss cheese help create the unique flavor profile of this classic quiche; additionally, the Alsacienne version adds onion as well.

Where Quiche Lorraine Comes From

Quiche is usually thought of as a French dish, but according to Foodimentary, Quiche Lorraine actually originated from German cuisine in the medieval kingdom of Lothringen, which the French later renamed Lorraine. The word “quiche” comes from the German word “Kuchen”, which means cake.

What Makes This Quiche Recipe Keto

For my recipe for Low Carb Quiche Lorraine, for the custard base I use a mix of eggs and heavy cream instead of milk, because cream is lower in carbs than milk. The main fillings in my Low Carb Quiche Lorraine (bacon and cheese) are both naturally low-carb high-fat foods. Lastly, instead of using a traditional shortcrust pastry (made with all-purpose flour), I made an almond flour-based pastry crust. 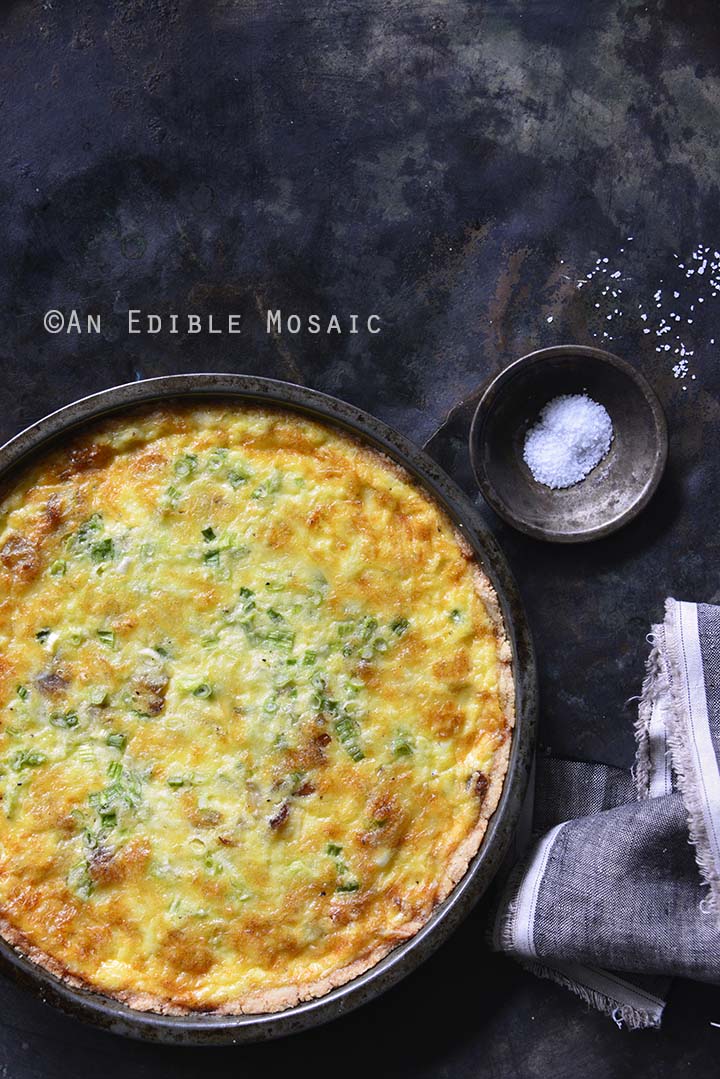 What to Serve with Quiche Lorraine

Quiche Lorraine is a rich, filling dish that packs quite a bit of protein and fat. I like to keep it simple and serve it along with a big green salad simply dressed with fresh lemon juice or vinegar, olive oil, and a pinch of salt and pepper. 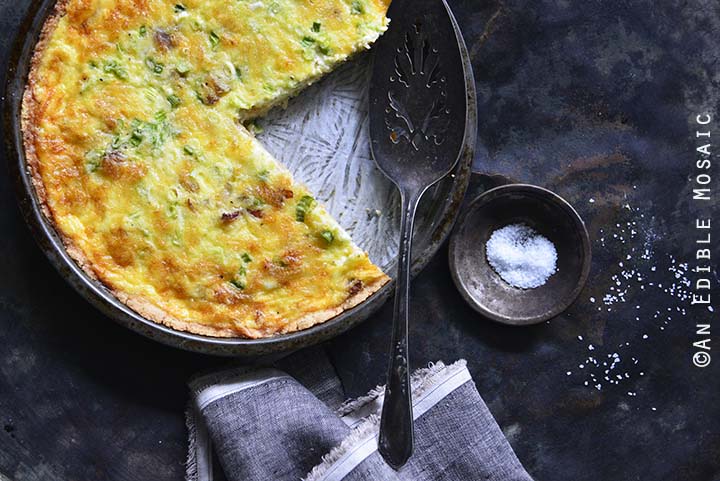