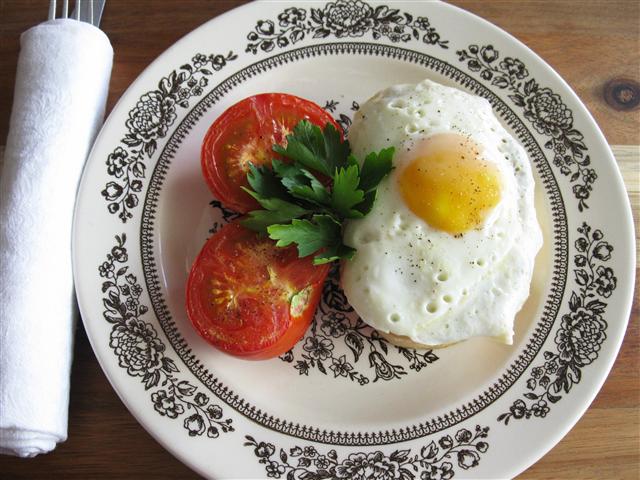 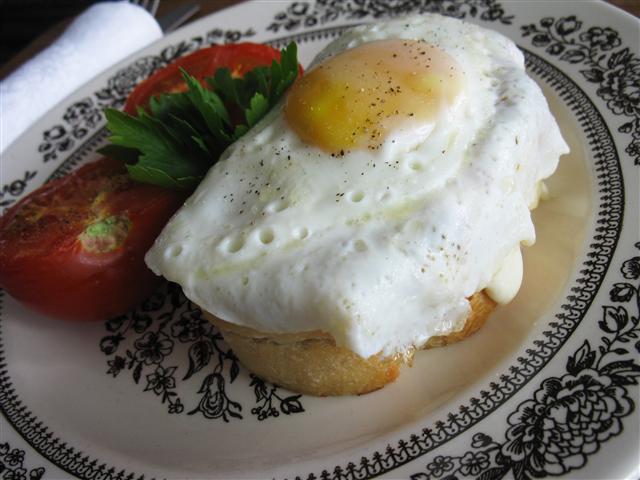 2 tsp butter, plus more to butter the bread

For the Mornay:  In a small saucepan over medium-low heat, melt the butter; once melted, whisk in the flour and cook about 1 minute.  Whisk in the milk and cook until thickened and starting to simmer (about 1 minute).  Turn off the heat and whisk in the cheese and a pinch of salt, pepper, and nutmeg.

For the Sandwiches:  Butter one side of each piece of bread, then lay the bread (buttered side down) on a cutting board.  Spread 2 TB Mornay on each of two slices of bread, then top each with 1/2 oz cheese.  Spread the Dijon on the remaining two slices of bread, then top with the turkey.  Flip the bread with the turkey over onto the bread topped with cheese.  Place the sandwiches in a medium skillet and cook over medium-low heat until golden brown on both sides (about 2-3 minutes per side).  Preheat the broiler, line a baking sheet with aluminum foil, and transfer the sandwiches to the prepared baking sheet.  Divide the remaining Mornay between the tops of both sandwiches, making sure to spread the sauce to the edge of bread so that the whole top of the sandwich is covered.  Broil a few minutes until the Mornay is bubbling and starting to turn golden in spots.  Turn off the broiler and transfer the sandwiches to the oven to stay warm while you fry the eggs.

For the Eggs:  Wipe out the skillet that you used to fry the sandwiches.  Add 2 tsp of butter and melt over medium heat.  Once the butter is melted, add the eggs, making sure that they don’t touch.  Add 1 tsp of water to the pan, cover it, and cook until the whites are set but the yolks are still runny (about 2-3 minutes).  Sprinkle a little pepper on top and place an egg on top of each sandwich; serve immediately.

*I used large eggs (because that’s what I typically have in my fridge), but as you can see they were a bit too big for the bread I used to make my sandwiches.  If your bread slices are small like mine, I recommend using either small or medium-sized eggs. 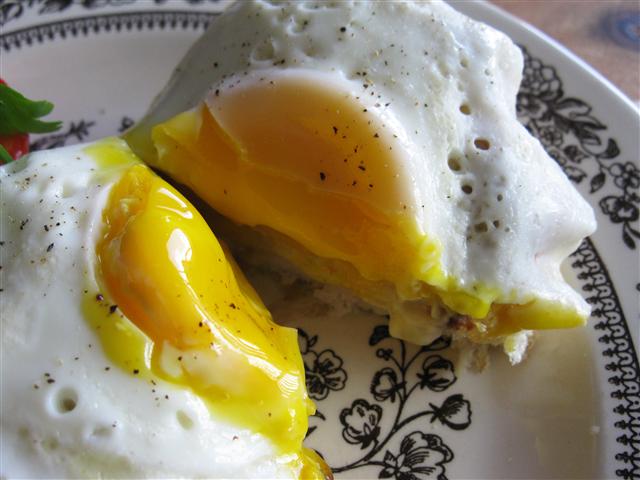