Low-Carb White Cheddar Crisps with Rosemary and Black Pepper make a great addition to your New Year’s Eve festivities, and not just for low-carb eaters! 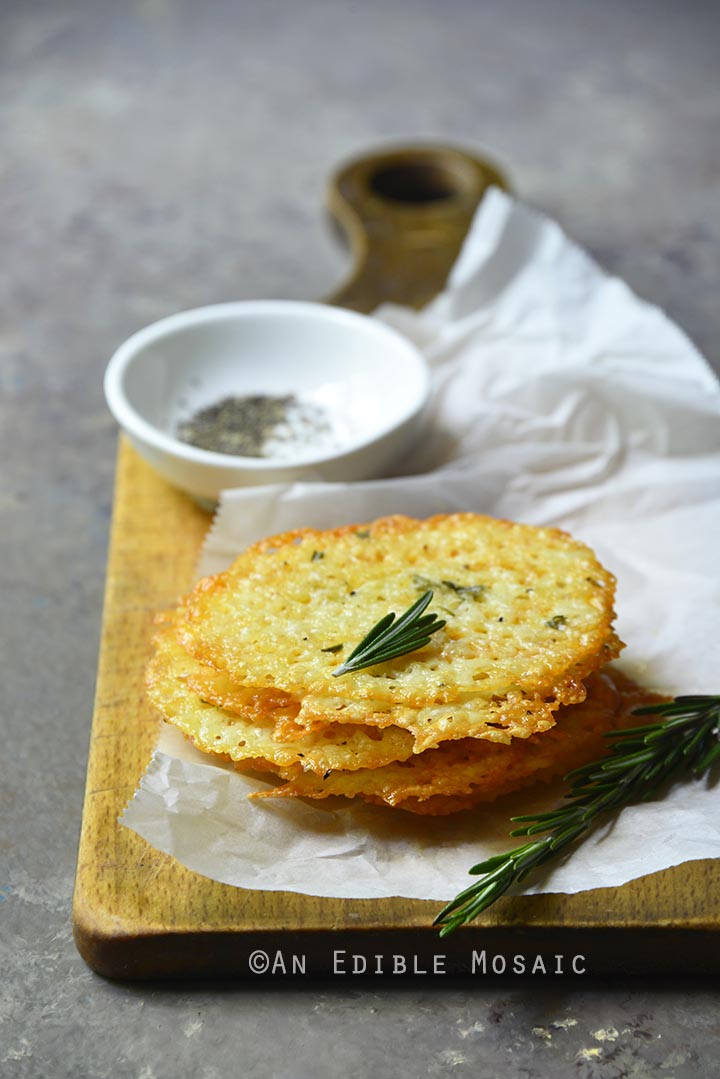 I got you something, so show me a smile. It came in the form of an order accompanied by a wink, and because it was one of my best friends giving it, I knew two things: 1) it was something I would love, and 2) I had better smile.

I did the ear-to-ear teeth-baring smile (you know, like this emoji –> :D) and that seemed to satisfy her. She revealed a giant bag of cheese crisps that she had been holding behind her back and I literally squealed in delight. She knew it had been months since I’d been able to find them!

I feel a little sheepish admitting that despite it being a really, really big bag of crisps, it doesn’t last more than a week or so in my house. And I have been hearing the rumors for quite some time now; everyone and their brother (in the low-carb world) talks about how ridiculously easy cheese crisps are to make. In their most basic form, the only ingredient you need is cheese. 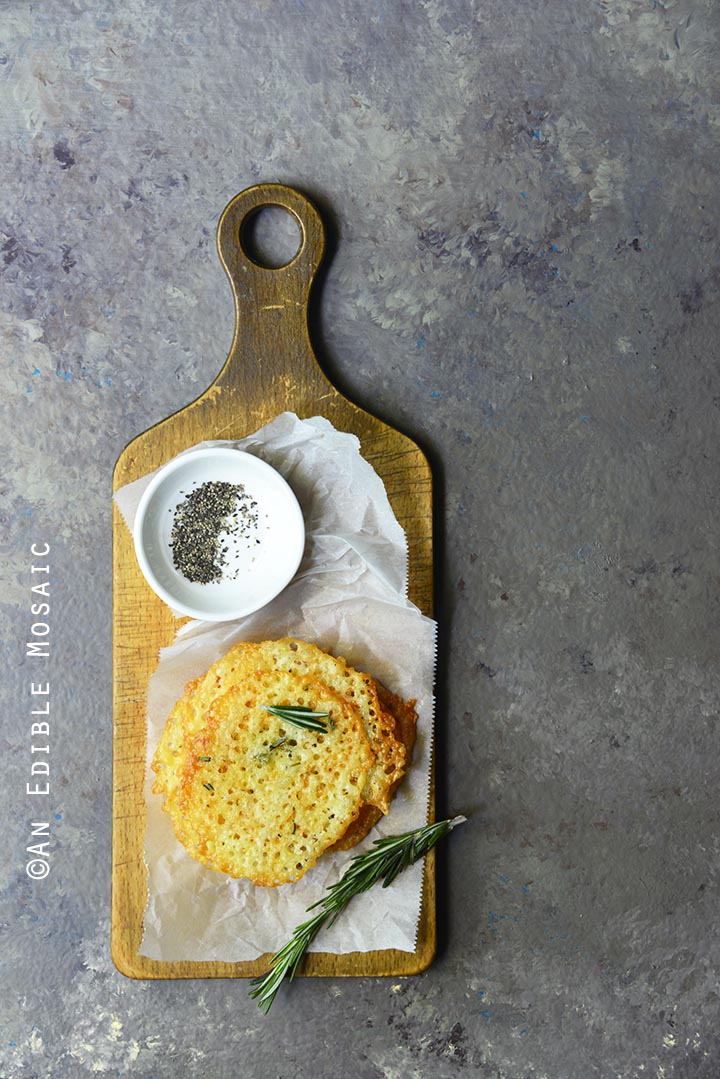 I decided to try them for myself and see, and lo and behold, they are, in fact, just as easy as everyone says they are. I used white Cheddar for these crisps, but the rumors also say that you can use things like Parmesan, Gouda, and Monterey Jack, to name just a few. My favorite store-bought variety is the Parmesan, so that’s what I’ll be trying next.

Here I paired a bit of piney fresh rosemary and freshly cracked black pepper with white Cheddar. You can use any herbs you like though, and have fun with the spices too. I think a hint of smoked paprika, cayenne pepper, or garlic powder would be good. Maybe za’atar for Middle Eastern flair. Or you could do taco spice blend for Tex-Mex flavored crisps! Now that I know just how easy these are to make I can see that the possibilities really are endless.

And it definitely bears mentioning that these would be absolutely perfect for serving at a festive holiday party or at your New Year’s Eve party! They’re just as addictive as potato chips, and not just to low-carbers. They can be eaten as-is or served along with your favorite dip.

And here are a few other cheesy appetizer party food ideas… 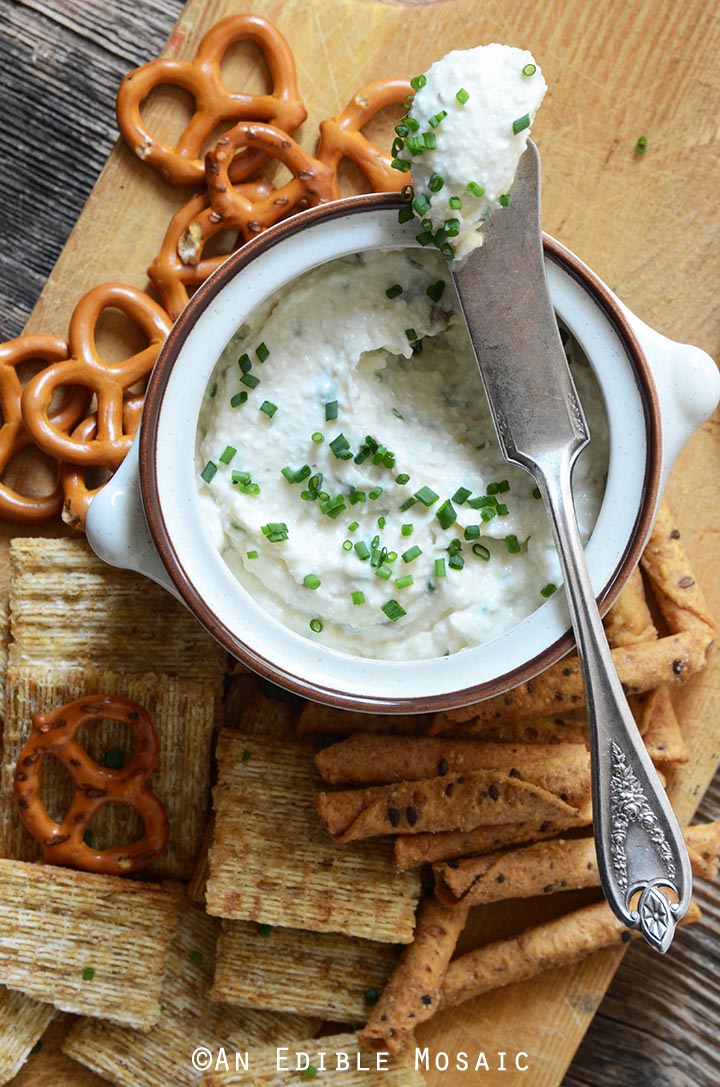 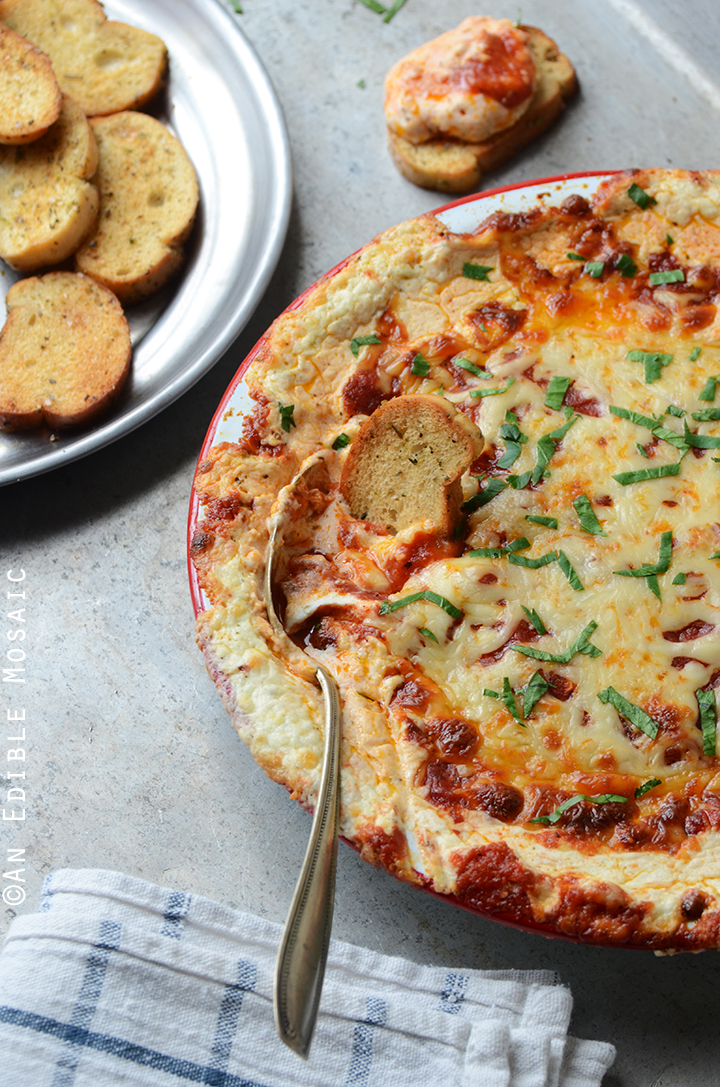 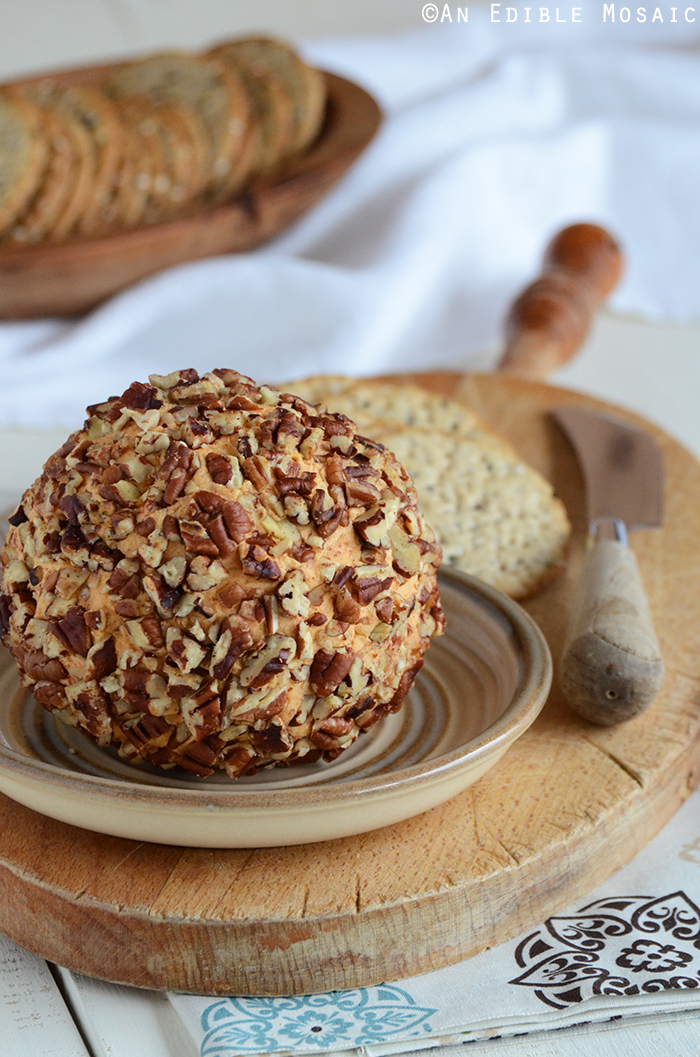 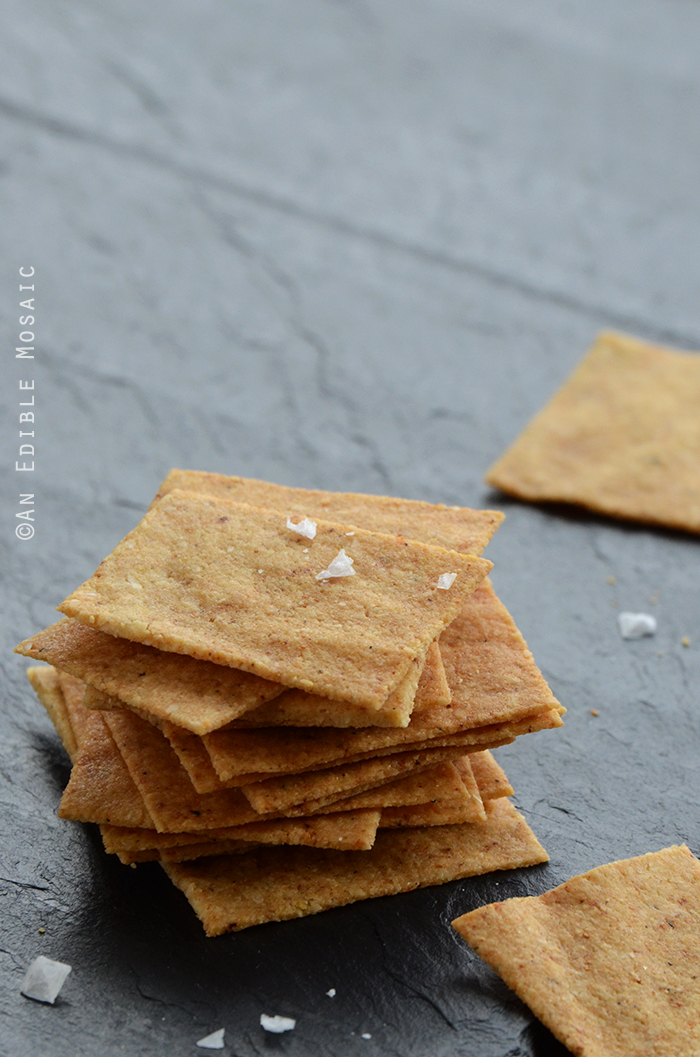 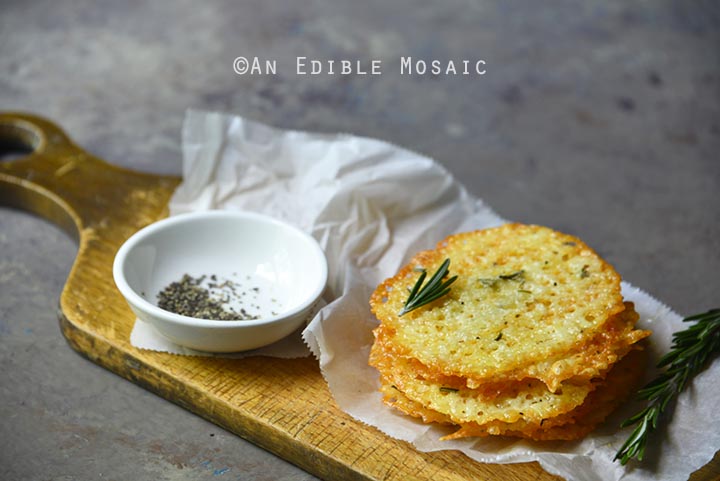