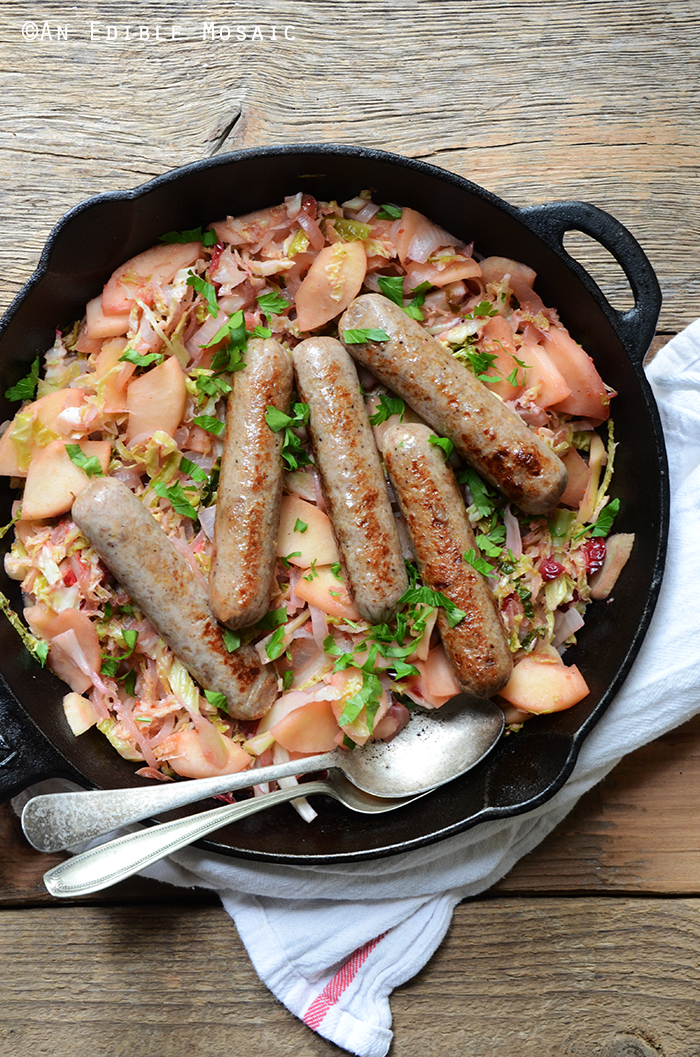 Ugh, it’s not that stuffing with the orange zest, chestnuts, and raisins again, right, Mom?, my sister and I must have asked at least a dozen times every Thanksgiving growing up. 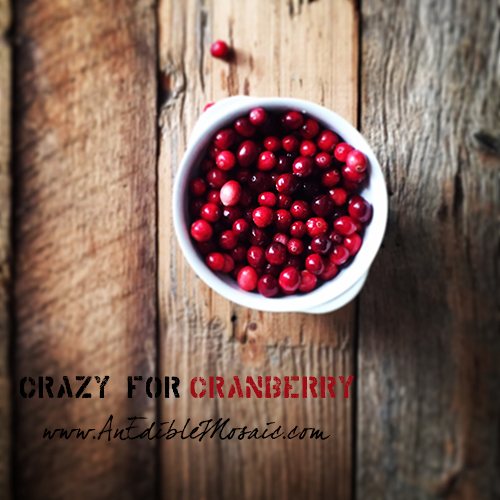 Neither my sister nor I were terribly picky eaters and we were both stuffing-lovers, but there was something about that stuffing that just didn’t sit well with us, both flavor-wise and texturally (it had way too much thrown in there flavor-wise, and somehow it was always soggy!). I don’t say this lightly, but that stuffing was gross. My mom claimed it to was an old family recipe (to protect the names of the innocent, or in this case, the not-so-innocent when it comes to horrible stuffing, I’m not going to say whose recipe it was). It’s the funniest thing; she always said she could barely choke it down herself, and yet she kept making it year after year for the sake of tradition!

Well, I say to heck with tradition (at least when it involves inedible stuffing); let’s start something new. 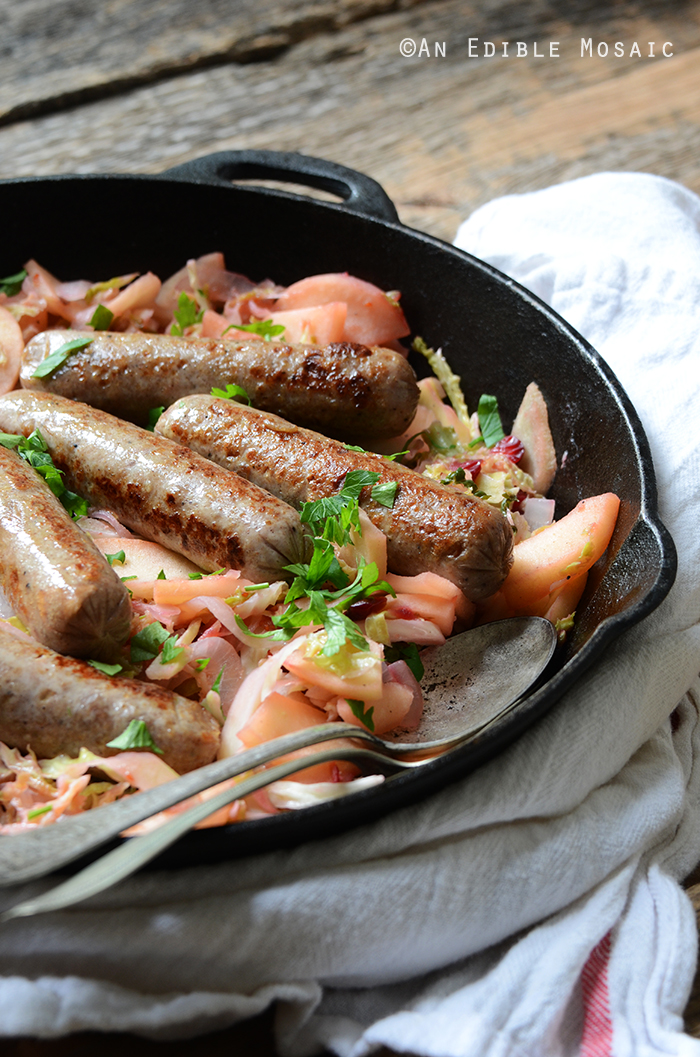 It sounds strange in looking at my Chicken Sausage Skillet with Cabbage, Apple, and Cranberries (which has no bread and isn’t really stuffing-like at all), but this recipe was inspired by stuffing. I have a couple different favorite stuffing recipes; one is cornbread-based with brown butter, sage, and caramelized onion, and the other is French bread-based with apple, onion, thyme, and cranberries. 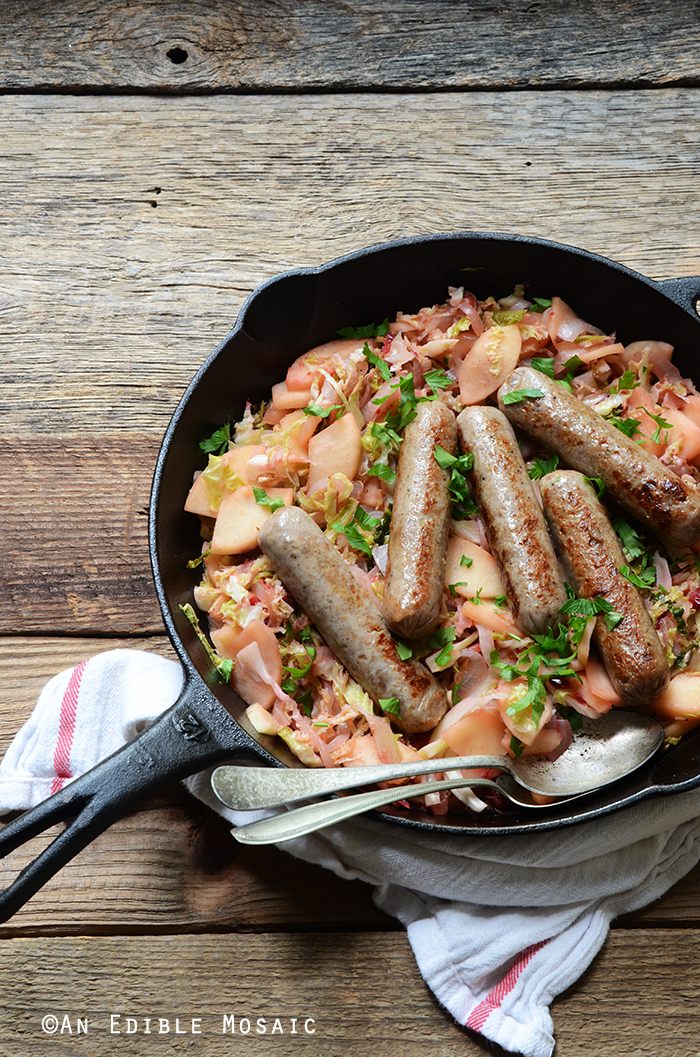 As part of my Crazy for Cranberry event, I decided to adapt that second stuffing recipe into a complete meal, sans stuffing and with added veggies (because you know we need to save up the calories for that big meal that’s coming in just a couple weeks!). Because of how well it pairs with apple and onion, cabbage was a natural choice of veggie here.

As written, this recipe is paleo and very filling by itself; of course, if you want to stretch it out and keeping it paleo isn’t a concern, it’s also really nice served on a bed of toasted pecan brown rice. 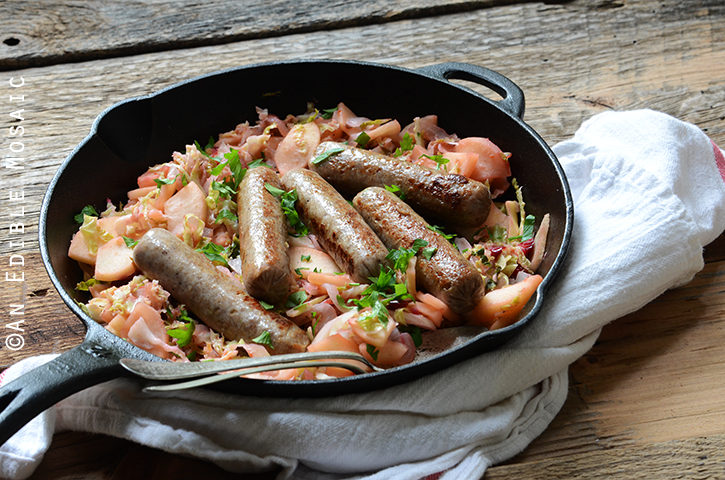 Print
Paleo Chicken Sausage Skillet with Cabbage, Apple, and Cranberries
Prep time:  15 mins
Cook time:  15 mins
Total time:  30 mins
Yield: 2 to 4 servings
Ingredients
Instructions
Notes
Chicken Sausage: If you want to keep this dish paleo, be sure you choose a paleo brand of chicken sausage. If you can't find a paleo product, you can make your own sausage instead (check out my recipe for Paleo Apple-Onion Chicken Breakfast Sausage here.
3.5.3251

“We are all in the gutter, but some of us are lo

Even though it feels like the whole world is on pa