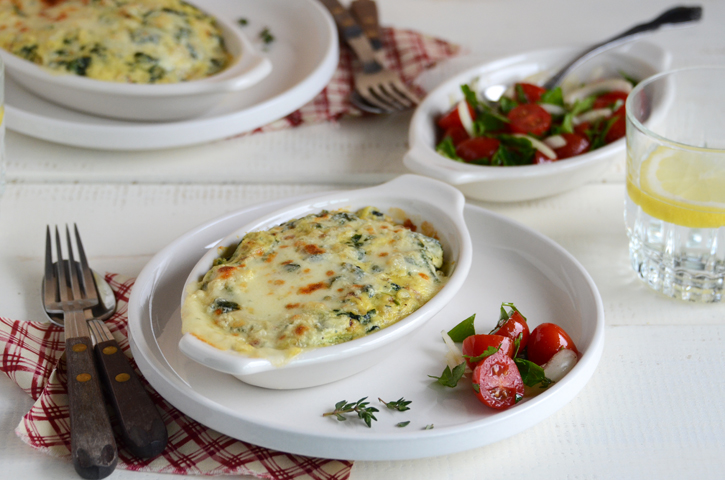 I had a couple of beautiful portobellos in my fridge and I was going to make them into giant stuffed mushrooms…but, there are a million recipes out there for stuffed mushrooms and you probably don’t need another.  (Plus I was in the mood for something a little different!)  I thought the mushrooms would also make the perfect base for individual gratins so I decided to do that instead. 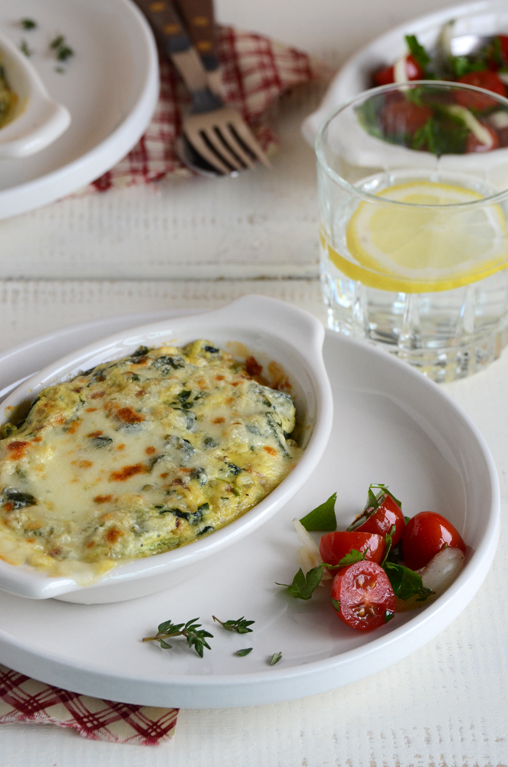 I pre-cooked the mushrooms briefly, and then topped them with a mixture of cheese (ricotta and mozzarella), spinach, and egg.  After that, they got a little more mozzarella sprinkled on top (because in my opinion, melted cheese on top makes a gratin!).  Because of the egg, these gratins puff a bit as they bake, which reminds me a little of a soufflé or quiche.  They made a delicious meal, and they’re absolutely perfect if you’re looking for something a little out of the ordinary.

I served these gratins with a very simple salad of cherry tomatoes, onion, and fresh herbs that I dressed with olive oil, vinegar, and a pinch of salt and pepper; any salad would be perfect though. 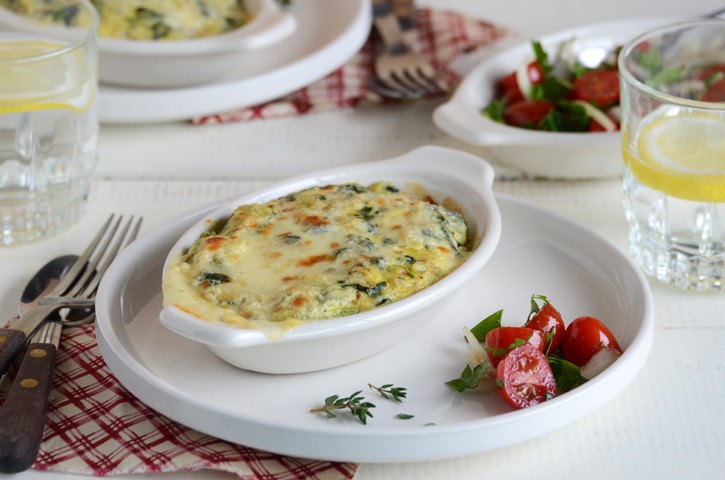 Heat the remaining 1 tablespoon olive oil in a medium skillet over medium heat; add the onion and sauté until softened and just starting to brown, about 5 minutes.  Stir in the spinach, garlic, and thyme and cook until the spinach is wilted, about 1 to 2 minutes.  Cool completely.

Mix together the spinach mixture, ricotta cheese, egg, half of the shredded mozzarella, 1/4 teaspoon salt, and a pinch of pepper in a medium bowl.  Place each mushroom (gill side facing up) in an individual gratin dish; divide the spinach/ricotta mixture between the 2 dishes and top with the remaining mozzarella.

Bake 10 minutes, then broil a couple minutes to brown the tops. 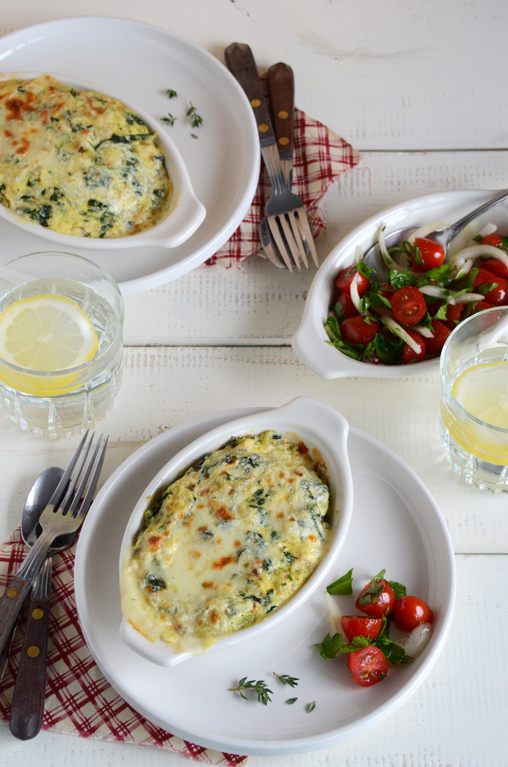