Swiss Cheese and Thyme Homemade Gluten Free Crackers are crispy with a slightly nutty cheesy flavor and a good thickness that makes them sturdy enough to serve with dip. 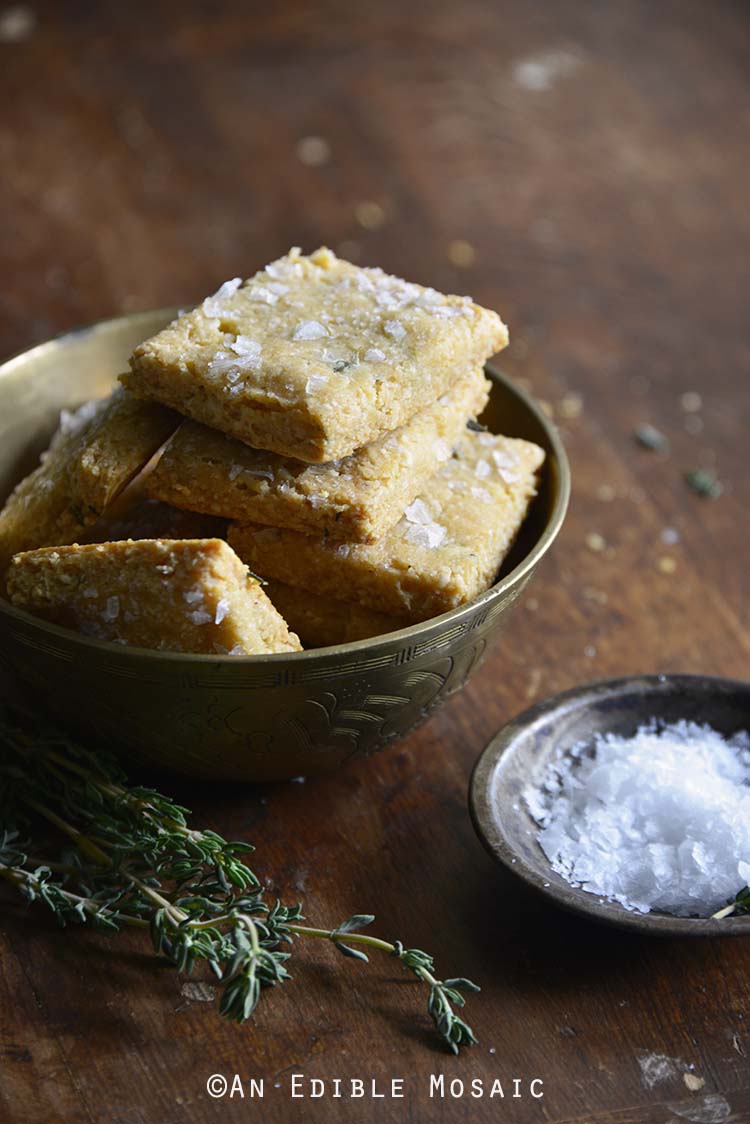 Gluten free baking is its own entity. Gluten is a protein found in wheat, rye, and barley, and it helps give regular baked goods their structure, rise, and chewy texture. Baking without gluten can yield wonderful results in everything from gluten free crackers, to cookies, muffins, and breads. However, the key is to understanding which gluten free flours to use.

This recipe for Swiss Cheese and Thyme Homemade Gluten Free Crackers is a spin-off of my Gluten Free Savory Parmesan-Garlic Crackers. Here, I amped up the cheese flavor with Swiss cheese, which also adds a bit of nuttiness. Additionally, I used fresh thyme instead of dried herbs to pack a punch. These gluten free crackers are great for when you’re feeling snacky; they’re perfect for serving with cheese and are also sturdy enough for dipping.

There are so many gluten free flours available out there, I want to briefly touch on a few of them that I use most frequently.

I make a lot of baked goods using almond flour as the main flour.

When I’m making gluten free baked goods, I don’t typically use tapioca as the main flour. Instead, I’ll use a bit of it (around one to four tablespoons) for every one cup or so of almond flour. Tapioca flour is also used as a thickener in sauces, similar to cornstarch.

Also known as garbanzo bean flour, besan, or gram flour, chickpea flour is a really useful gluten free flour. It lends beautiful color to baked goods, and also helps with rising. Chickpea flour can have a bean-y flavor (surprise, surprise, lol!), but it’s covered well in the final product when used with other flours. 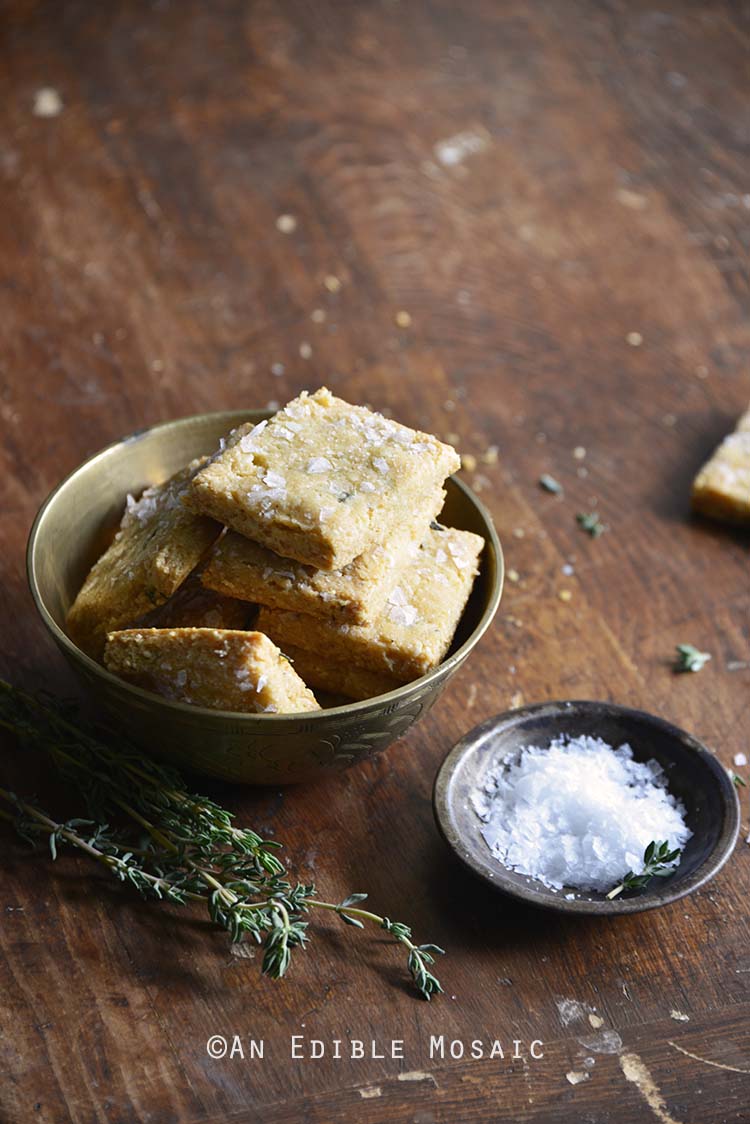 Playing With the Flavor of These Crackers

You can easily change the flavor profile of these homemade gluten free crackers; just use a different kind of cheese and herb! One thing to note, be sure to use a hard cheese, and not something soft like cream cheese or semi-soft like mozzarella. Here are a few combinations I like: cheddar and minced dried cranberries; Gruyere and dried herbs de Provence; and Gouda and rosemary. 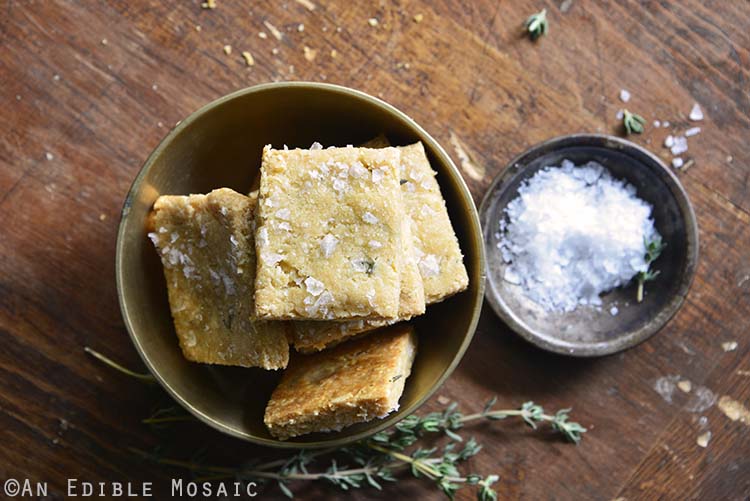 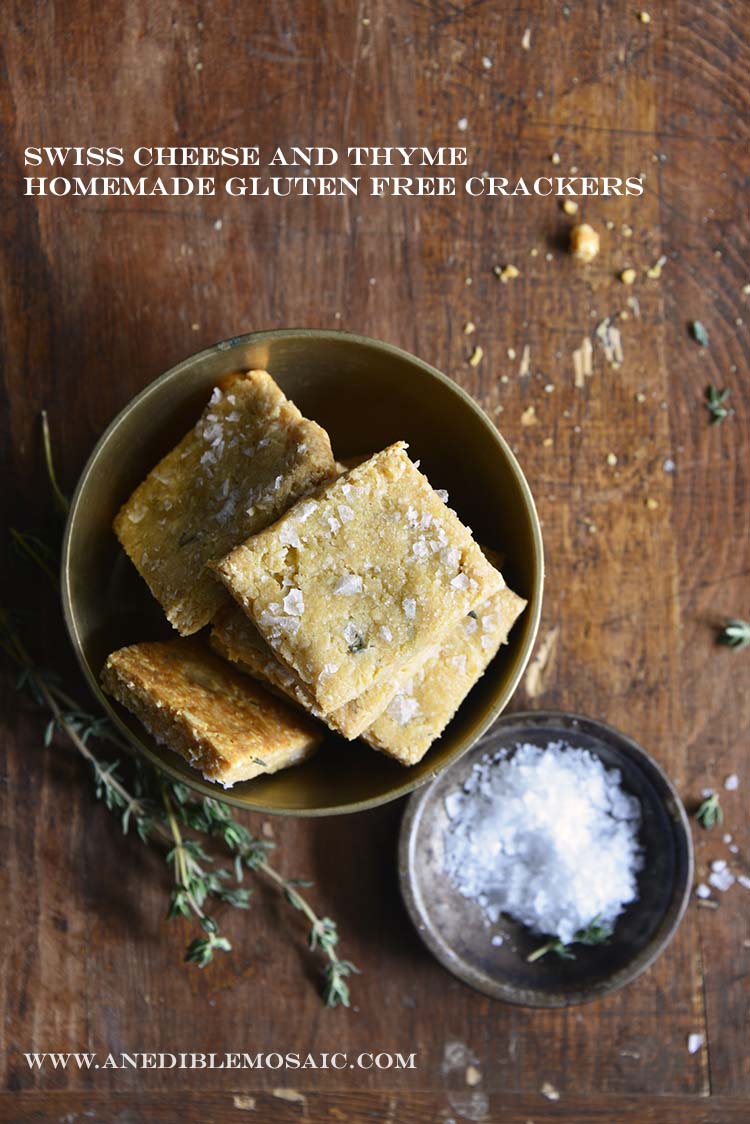