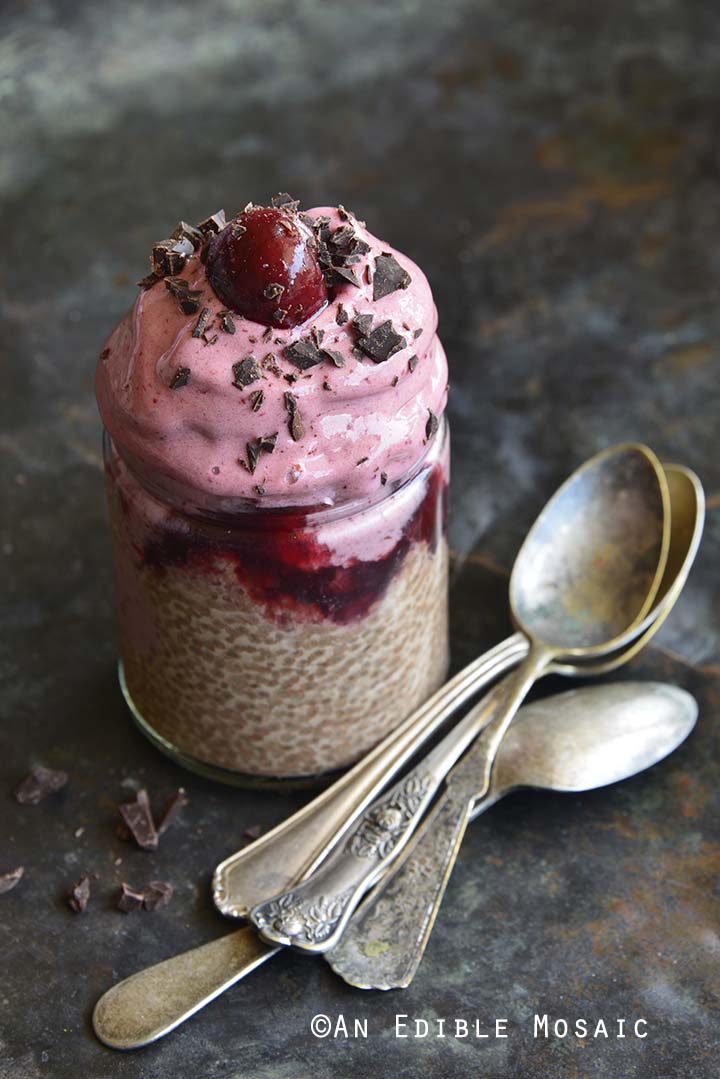 I remember the first time I tried my hand at making banana ice cream (aka nice cream). It was circa 2010 and I was living in Buffalo craving a soft serve from Kone King something fierce. A friend told me about nice cream and I decided to try it. Back then, I had no idea just how versatile nice cream is, and that it can be made into things like this Black Forest Chia Pudding Nice Cream Recipe.

I bought a bunch of bananas, peeled, chopped, and froze them. Once frozen, I blended the banana in my food processor (despite crazy noises the machine made), and I watched in awe as those chunks of frozen banana turned into something lusciously smooth and creamy. One bite and I was smitten.

Since then, I’ve played around with quite a few flavors of nice cream; once you learn the technique, the sky is the limit in terms of flavor possibilities. In this post I talk more about blending up the perfect bowl of nice cream, and I also give a few different flavor ideas, including a recipe for Black Forest Chia Pudding Nice Cream.

What is Nice Cream?

Banana ice cream has a few other names it goes by: nice cream, banana soft serve, vegan ice cream, healthy ice cream, and yonanas, to name just a few. It’s basically frozen bananas (or other fruit) that is blended until it becomes smooth like ice cream! 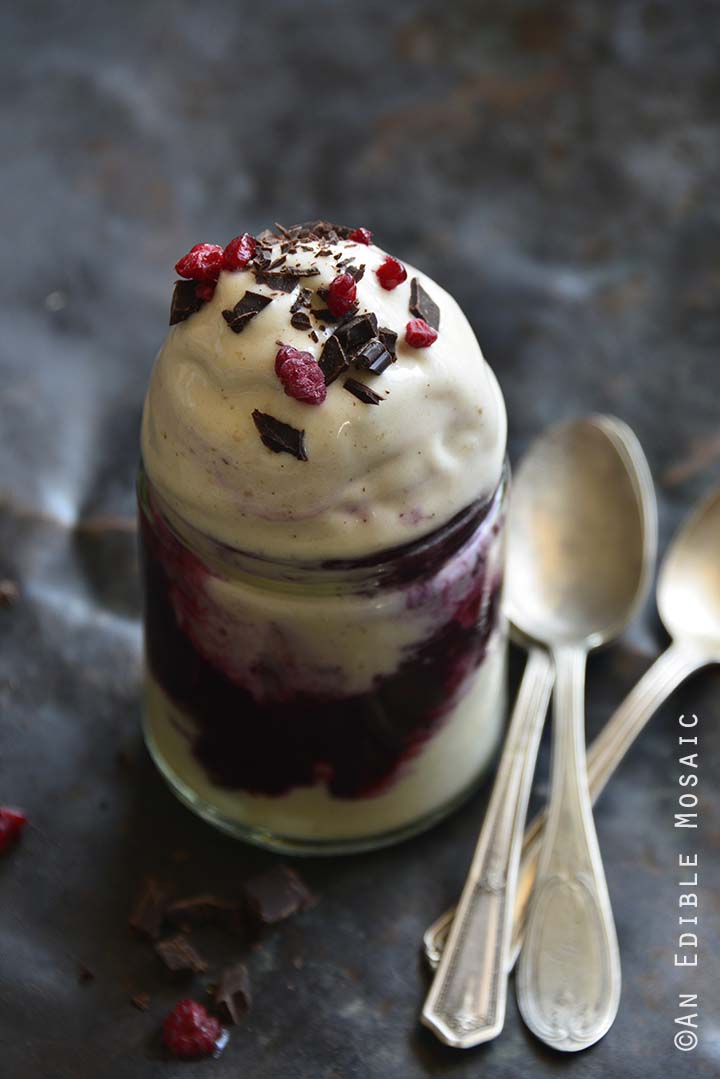 Above: Vanilla Bean Banana Nice Cream with Berry Sauce (Find this recipe below in the Notes!)

How to Make Nice Cream

What Fruits to Use for Nice Cream

The beauty of nice cream is that you can make it different fruit, not just bananas! The trick is to find a fruit that blends well once it’s frozen. 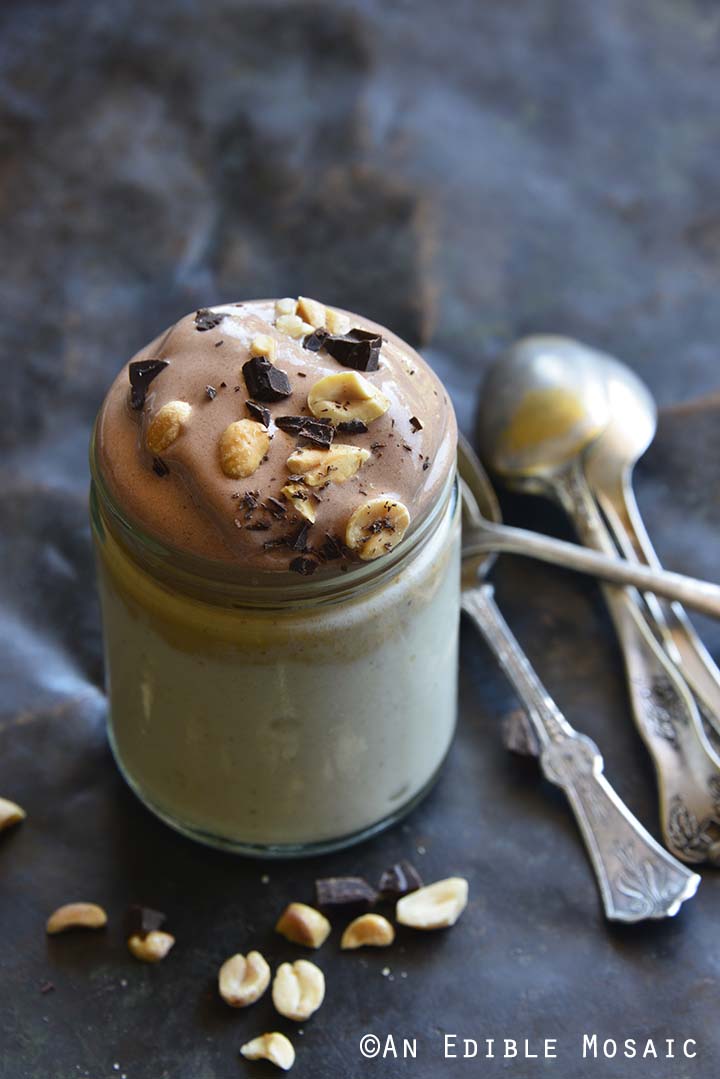 Above: Peanut Butter Cup Nice Cream (Find this recipe below in the Notes!)

Is Banana Ice Cream Good for You?

Compared to regular ice cream, which usually contains a custard base of eggs, dairy, and sugar, banana ice cream is a healthier option. This is because the base of banana ice cream is just fruit! However, be mindful of what you put into it, especially when it comes to sweeteners (stevia, honey, maple, etc.) and hidden sugar sources (for example, chocolate chips).

How to Make Banana Ice Cream

Banana is quite possibly the fan favorite nice cream flavor, so I thought it would be helpful to go into a little more detail on how to make it.

Can You Freeze Banana With the Peel On?

The short answer is yes! However, your life will be easier if you don’t have to peel a frozen banana. Additionally, note that if you don’t remove the peel before freezing a banana, the peel will turn black (the banana is still edible though).

How Do You Get the Peel Off a Frozen Banana?

To peel a frozen banana, start by trimming off both ends. Next, carefully cut a slit lengthwise into the skin. After that, the skin should easily peel off.

There are a few things to remember when you’re using a high-speed blender to make banana nice cream in a blender (instead of a food processor): 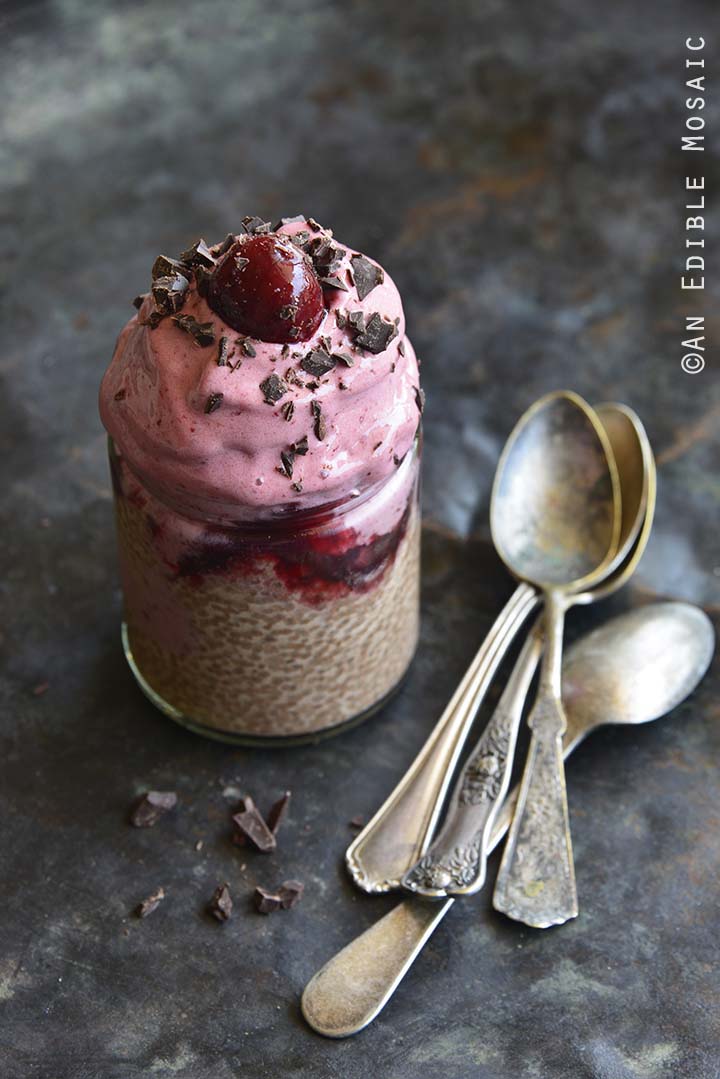 How to Make Vegan Ice Cream 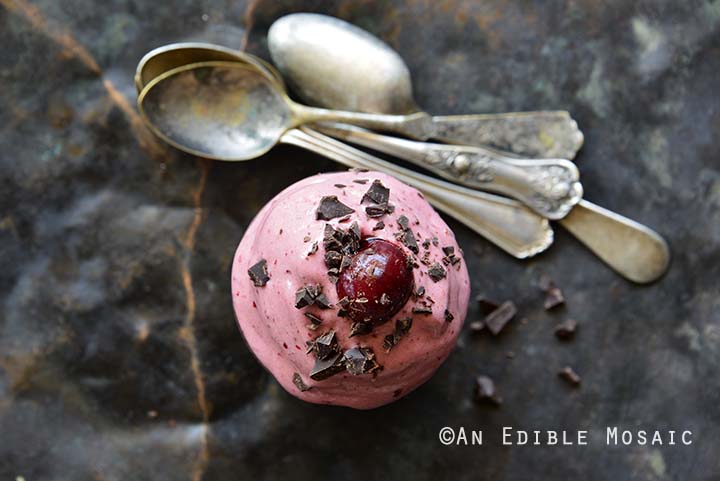 1. For the nice cream, use 2 large bananas, and omit the cherries and cocoa powder.
2. Once you make the nice cream, remove half (to keep it vanilla), and add 1½ tablespoons to the nice cream still in the blender and blend it (to make it chocolate).
3. Layer the two with melted peanut butter in the middle.
4. Top with chopped chocolate and salted peanuts.
3.5.3251 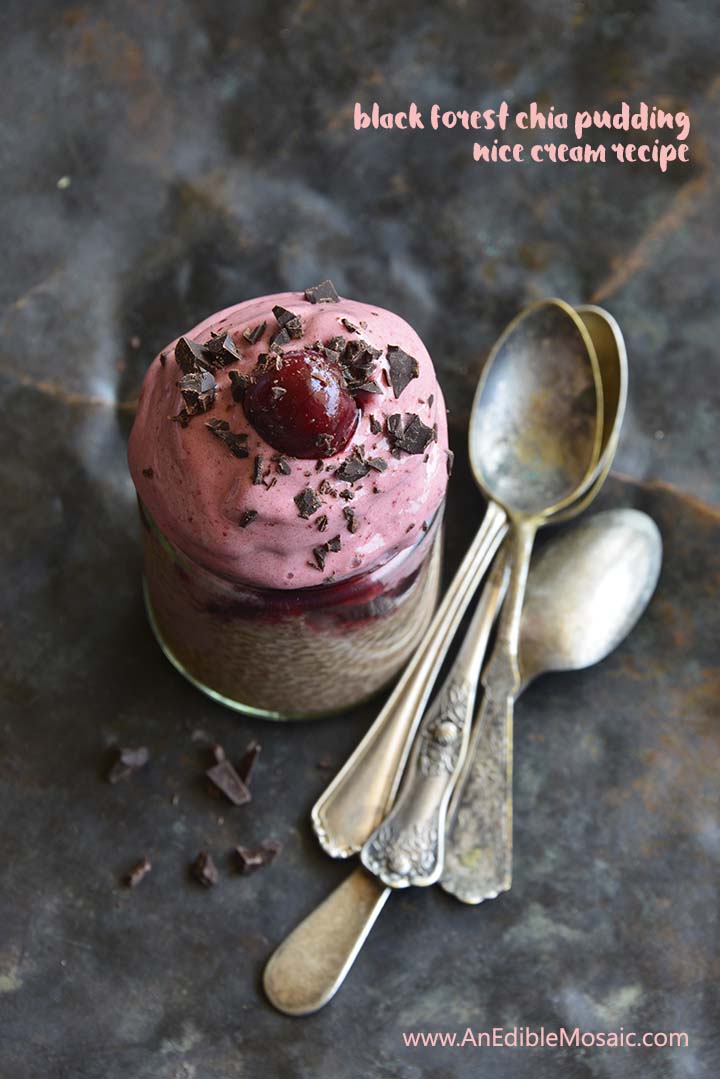