This Cinnamon Vanilla Chia Seed Pudding recipe was inspired by a favorite diner dessert: cinnamon rice pudding! It has a texture similar to tapioca pudding, and just 2g net carbs per serving, making it a delicious keto dessert. 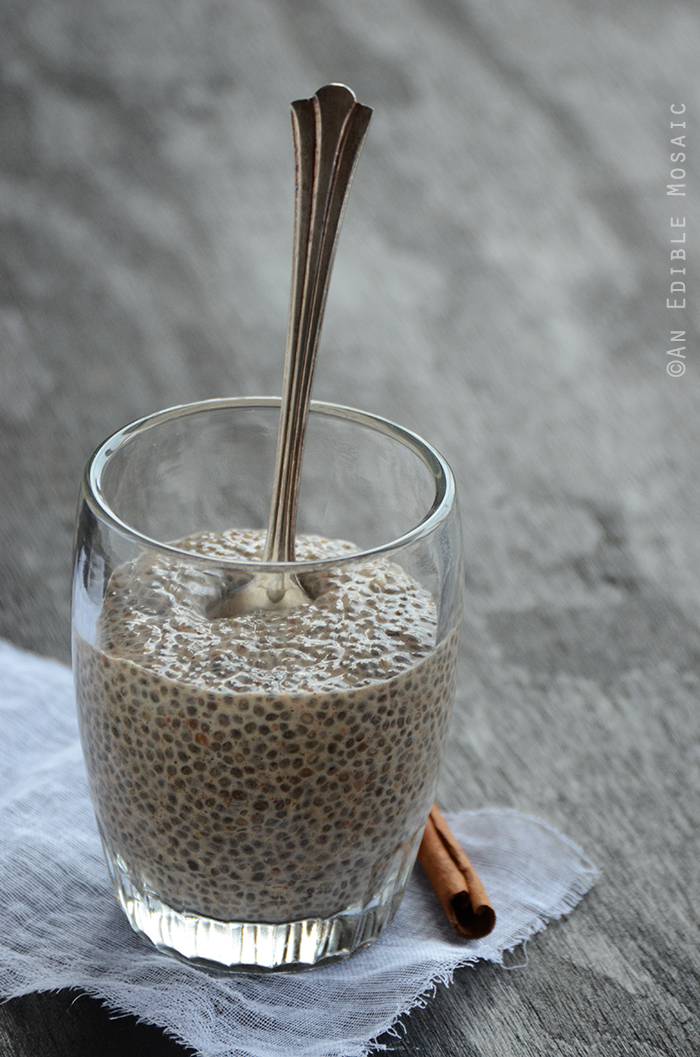 Have you tried chia seeds yet?  I first had them sprinkled on a salad a couple years ago. They are delicious with a subtle nutty flavor, and they’re really versatile.

Chia seeds work well in smoothies, oatmeal, and some baked goods recipes. For the past year or so, I’ve been seeing chia seed pudding all over the place and I decided it was finally time to try it for myself.

Try not to be put off by the texture. To give you an idea, it’s pretty similar to tapioca pudding, which I really enjoy. 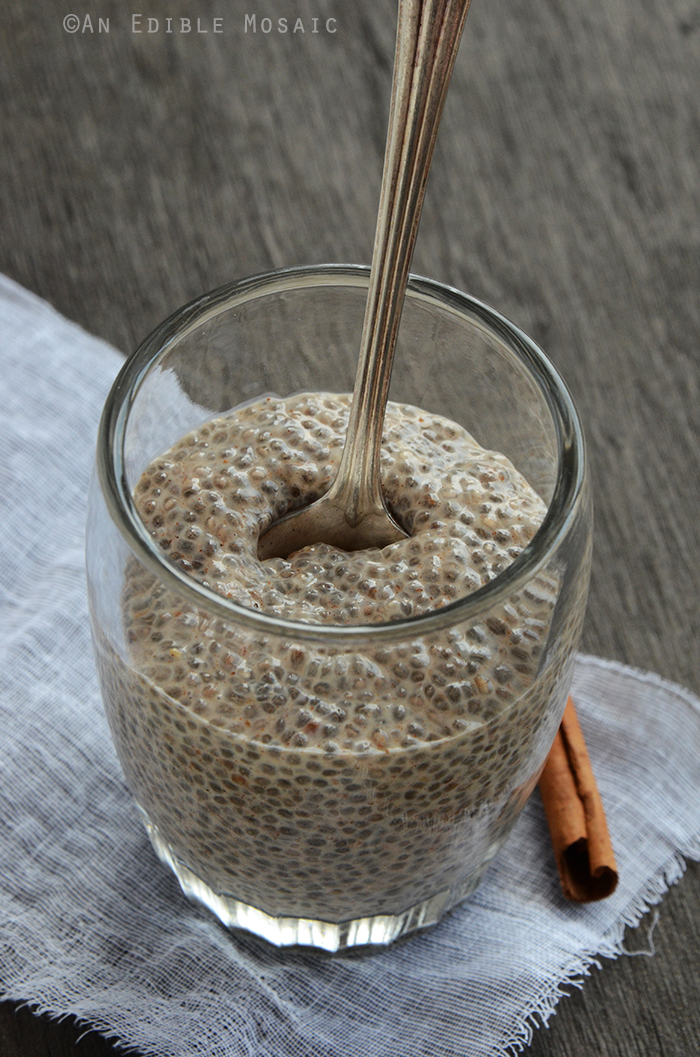 How do You Make Chia Seed Pudding?

When chia seeds are mixed with liquid they form a pudding-like gel, so your two basic ingredients are chia seeds and liquid (usually milk; you can use any kind of milk you like).

For every 1 cup of milk, I add 3 tablespoons of chia seeds. This makes two servings and can easily be adjusted up to any number of servings you like (or down, if you just want to make 1 serving).

I know, 1/2 cup of pudding might not seem like a very big serving, but it is incredibly filling! 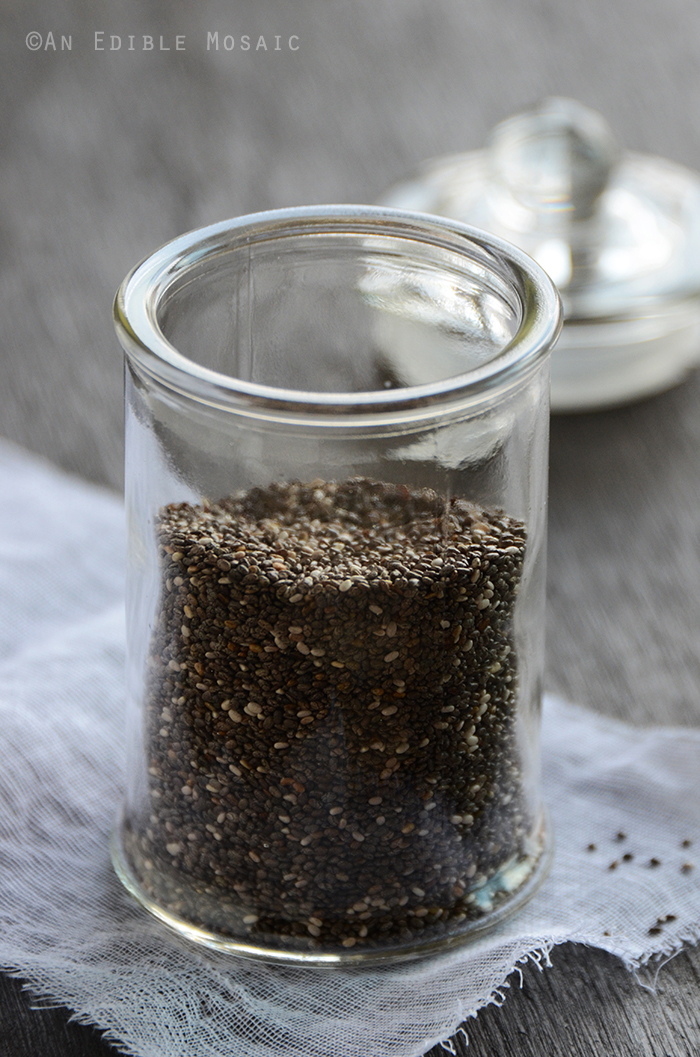 Once you have the basic chia seed/liquid formula, you can add anything you like, such as sweetener, flavoring, and other mix-ins. I like to use stevia as my sweetener for this to keep it sugar free, low carb, and keto, but I also love it with maple syrup.

As far as flavorings go, the sky really is the limit. Here are a few ideas: vanilla extract (or have fun playing with any extract you like), cocoa powder, peanut butter, cake batter (maybe add a dash of butter extract, vanilla extract, and sprinkles on top), or cinnamon.

For mix-ins, try things like fresh fruit, dried fruit, nuts, shredded coconut, or even a sprinkling of chocolate chips.

What Does This Cinnamon Vanilla Chia Seed Pudding Taste Like?

I like to take treats like this and come up with flavors based on classic desserts. This chia seed pudding is based on the flavors in a classic diner-style rice pudding: cinnamon and vanilla. It would also be great with a small handful of raisins mixed in, topped with a sprinkling of chopped walnuts. Really, you won’t know you’re eating something healthy. 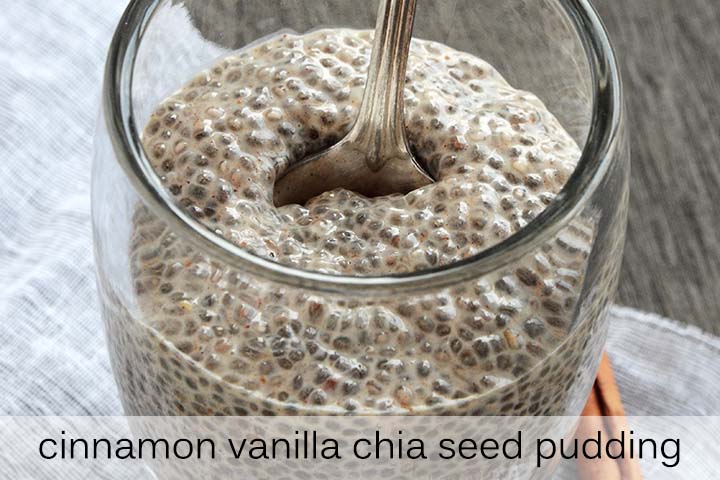 Can You Use Regular Milk for Chia Seed Pudding?

Yes, you can use any kind of milk you like to make chia seed pudding.

Can You Make Chia Pudding with Water?

You can also make chia pudding with water, but the texture will be less creamy and it won’t have as rich a flavor.

How Do You Make Vegan Chia Seed Pudding?

Chia seeds are vegan, so chia seed pudding is an easy recipe to keep vegan. Make sure to choose a vegan source of sweetener and milk to keep your pudding vegan!

As far as vegan milk goes, I prefer this recipe with almond milk, but you could use any seed or nut-based milk that you like the flavor of. 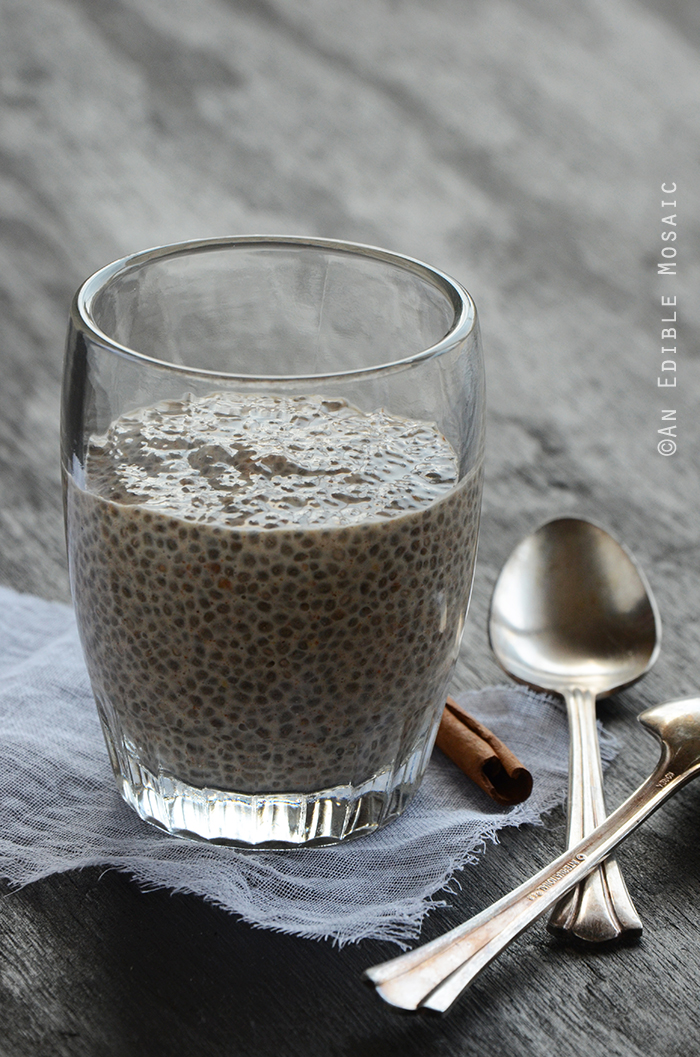 Is Chia Seed Pudding Good For You?

Chia seed pudding itself is inherently pretty healthy, but of course this depends on what you add to it! My recipe for Cinnamon Vanilla Chia Seed Pudding has the following nutrition information per serving:

Chia seeds have a lot of health benefits. They were used in Mayan and Aztec cultures to boost energy!

Chia seeds are considered a superfood; a few of the health benefits of chia seeds include:

Read more about the health benefits of chia seeds on HealthLine and Medical News Today.

Chia seeds are a good source of fiber, which can help you feel full longer and lead to reduced cravings. Additionally, chia seeds have a decent amount of protein, which can also lead to satiety and reduced food intake. As always, weight loss is about burning more calories than you take in. Be sure to check with your health care professional if you want to use chia seeds as a tool for weight loss!

With just 2g net carbs per serving, my chia pudding is low carb and keto! It’s the perfect way to satisfy a sweet tooth when you want to stay in ketosis. And bonus, it’s healthy enough for breakfast.

If you play around with the sweeteners and/or liquid, make sure you use low carb options to keep this pudding keto. 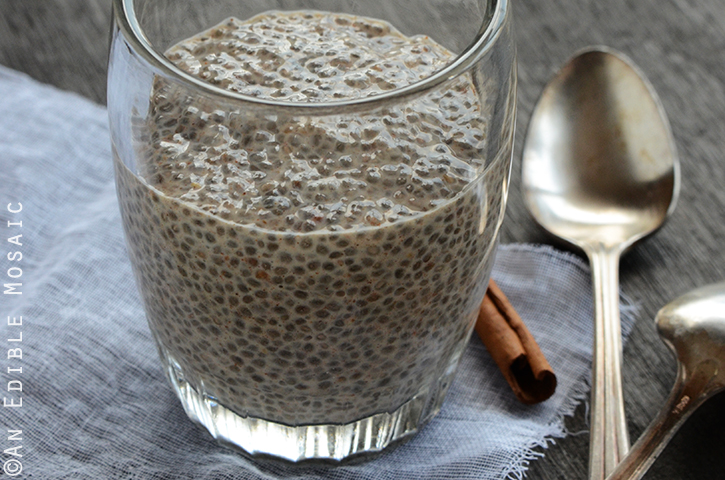 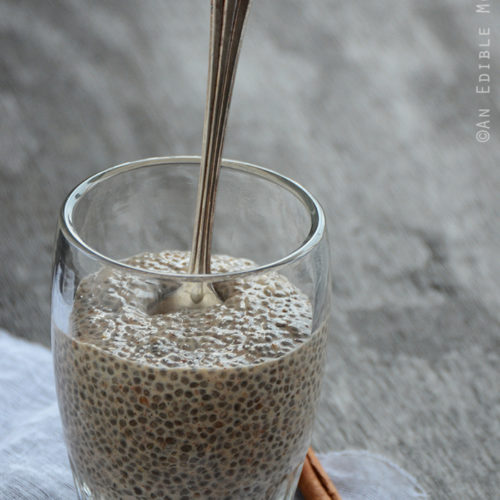