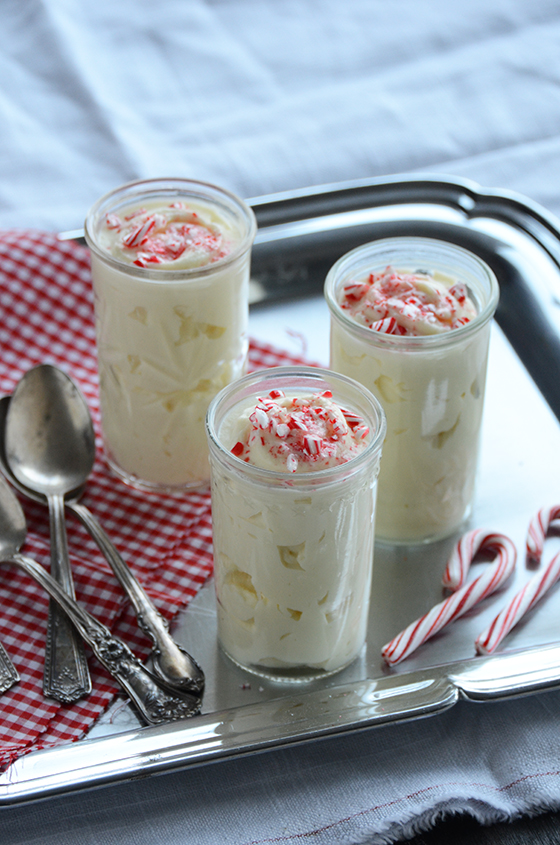 In college I had a friend who complained of being a huge money-waster.

She always claimed that through no fault of her own, she’d end up spending money needlessly in spite of her best efforts not to. And she was right; I saw this happen time and time again, despite the fact that she was more than a little tight-fisted, lol. (And I mean that in the nicest way possible, as a statement of fact rather than judgement. She was a great friend!) 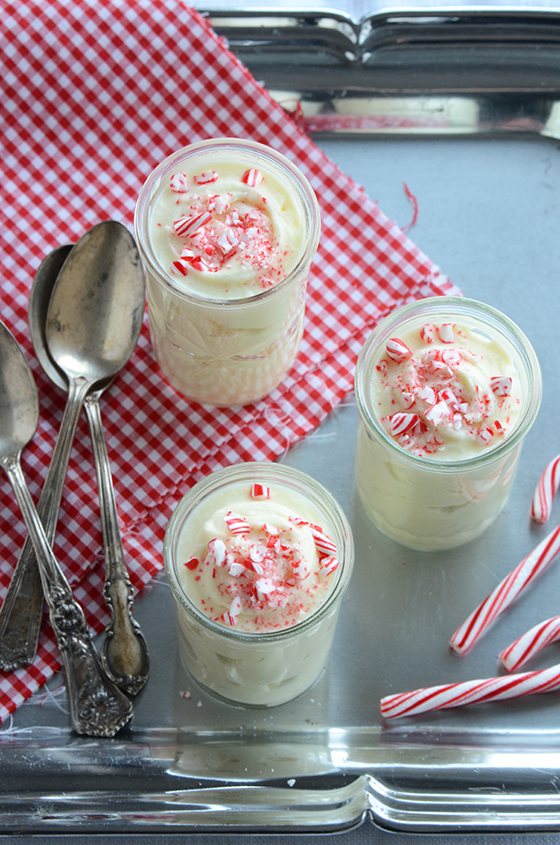 And she was right about wasted money not being entirely her fault. For example, there was the time she bought a pricey winter coat that she’d been eyeing up for two months before deciding it was worth it. It wasn’t long after having the coat that she got seriously sick for the better part of a semester, lost 20 pounds, and subsequently the use of her now-too-big coat. (And it was on discount so they wouldn’t return it!)

Or the time she bought a mug from Starbucks – you know, the really huge mugs that hold about three times the amount of coffee that should be ingested in any one sitting. She loved her coffee and those gigantic mugs. She barely had it a week when one morning she lost it to a case of the dropsies, accidentally dropping it on the floor whilst making her beloved coffee.

Or the time she splurged on a box of her favorite candy, which happened to be chocolate-covered sponge candy, a light-as-air toffee confection. She had no sooner got the candy home and lovingly opened the delicate gold wrapping when she realized that the candy box had been mislabeled. Now anyone else might have tried to return the candy, but not her. She chalked it up as one of the things she was just destined to waste money on, and bestowed the candy on her brother who was an all-too-happy recipient. 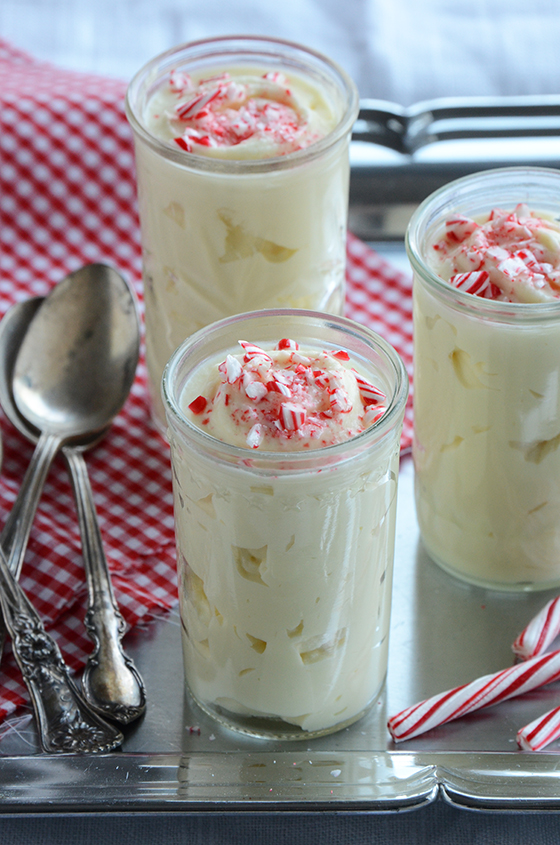 It’s funny, if I think about it, I find myself thinking of her in certain instances, usually when it comes to wasting food. Wasting money is just one of the many reasons why I hate wasting food, so in my fridge, freezer, or pantry it’s not at all uncommon to find a small container of leftovers… a small wedge of cheese, a couple olives, or just a wee bit of peanut butter in the bottom of a jar (just enough to schmear on a piece of toast for breakfast!). Any use is better than throwing it out.

A couple days ago I found a small bag of white chocolate, tucked away and forgotten in the back of my pantry. Truth be told, white chocolate is not an ingredient I often find a use for, other than a very occasional cup of this white hot chocolate – and now this mousse.

This was the perfect festive treat to serve to a group of friends coming over for a night in. I made it the day before I served it, and it was still perfect. Next time I think I might use semisweet or bittersweet chocolate in place of the white chocolate since I love that flavor combo; however, even though I think it would taste fantastic, I don’t think it would be nearly as pretty as this version made with white chocolate. 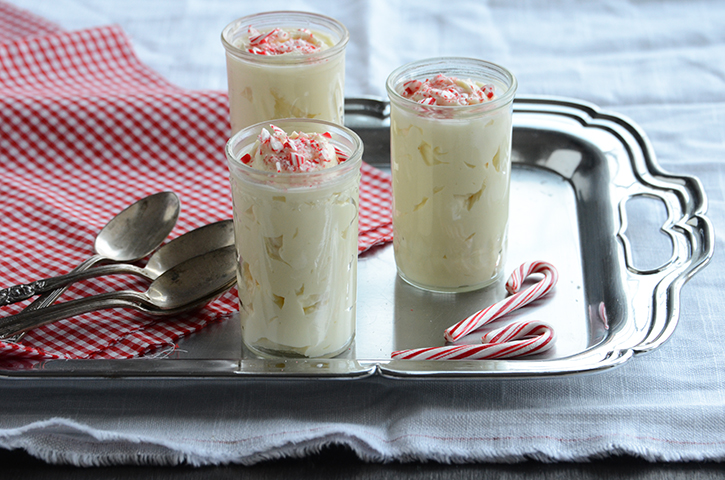 #ad If you're looking for an easy baking project t