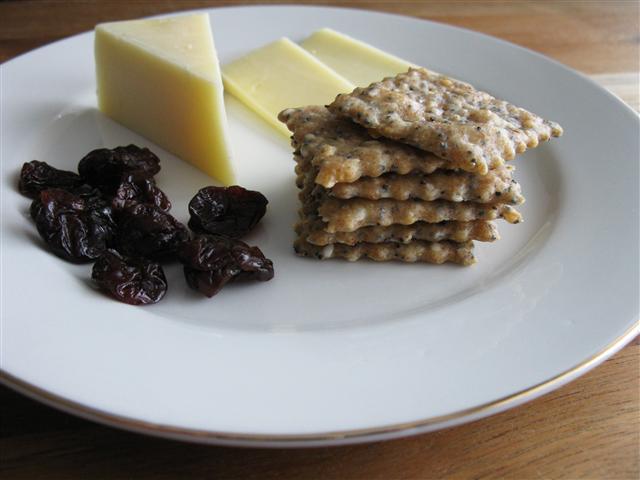 Over the holidays there was many a festive gathering to attend, and towards the end of it all I was hard-pressed to find a unique finger food to bring.  Of course there are the usuals, like three cheese stuffed mushrooms, zucchini fries with homemade ranch dressing, and salmon sliders, but I had my heart set on homemade crackers and some kind of dip.  Why homemade crackers?, you ask.  Let’s just say that along with macarons, making crackers has been a fear of mine for quite some time now. 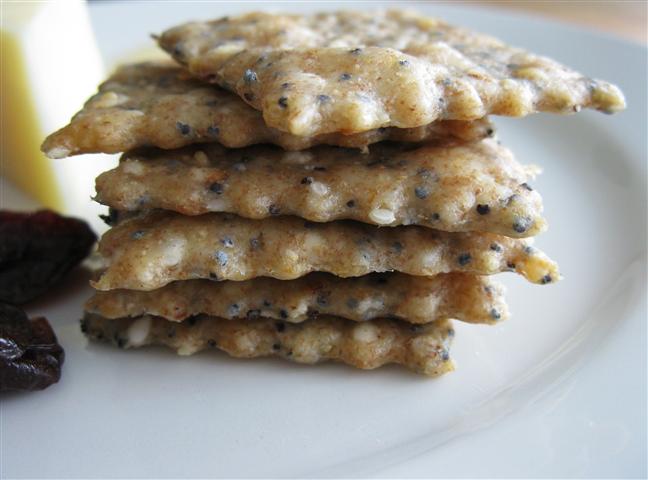 And then I found it.  The cracker recipe that I knew I wanted to learn how to make crackers on.  The thing about this recipe that made me know it was the one was its use of poppy seeds…I saw poppy and immediately had the idea to take the recipe a step further and make them everything crackers by adding sesame seeds and onion flakes.

I made this recipe two times before I perfected it for my liking, making a few adjustments each time.  A couple of the changes I made were to reduce the oil in the dough and also in the method for rolling out the dough (I rolled it out between two sheets of parchment paper instead of on an oiled baking sheet; I think this method is actually more effective because in addition to not adding extra oil to the crackers, you’re able to roll out a much thinner cracker, which I think is essential to a nice crisp cracker).

[Please note that the crackers pictured in my previous post with the vegetable cream cheese dip were not the final version I’ve listed in the recipe here…they were the first batch I made without reducing the amount of oil, and they were a bit too oily for my liking (which you can probably see from their darker brown color).  The crackers pictured in this post are the ones from this final batch that I’m sharing the recipe for.] 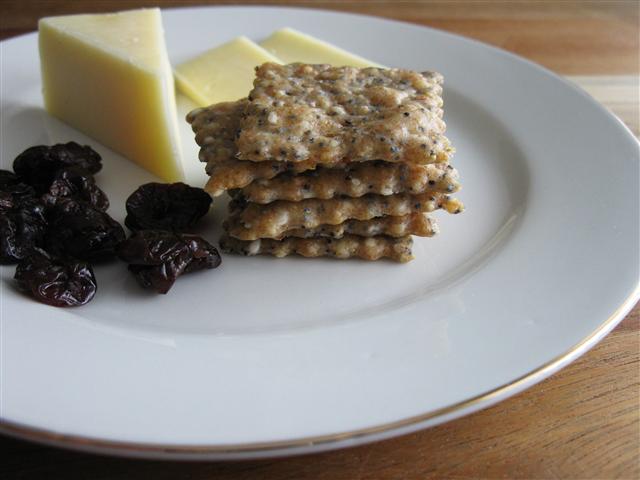 Everything Crackers (Adapted from Dib’s recipe for Poppy Seed Crackers on food.com)

In a medium bowl, whisk together flours, cheese, poppy seeds, sesame seeds, onion flakes, and steak seasoning.  In a small bowl, whisk together oil and soy sauce, then whisk oil/soy sauce mixture into dry ingredients; whisk in enough water to form a dough ball (when the dough gets too stiff to whisk, use your hands to combine).  Divide dough into 2 balls, flatten each ball into a disk shape, wrap with plastic wrap, and refrigerate until chilled (about 30 minutes).

Preheat oven to 325F and line 2 baking sheets with parchment paper or silpat liners.  Roll each disk of dough out between 2 pieces of parchment paper until it reaches your desired thickness (I like a pretty thin cracker).  Use a ravioli cutter to cut the rolled dough into about 1 inch crackers; then use a thin spatula to transfer them to the prepared baking sheets (make sure to leave a little space between each).  Poke each cracker a couple times with the tines of a fork.  Bake 15-20 minutes (rotating trays once halfway through), until golden and crisp, being careful not to overbake. 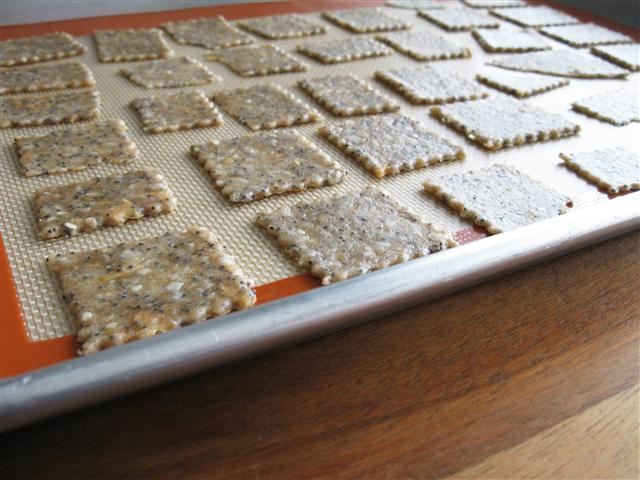 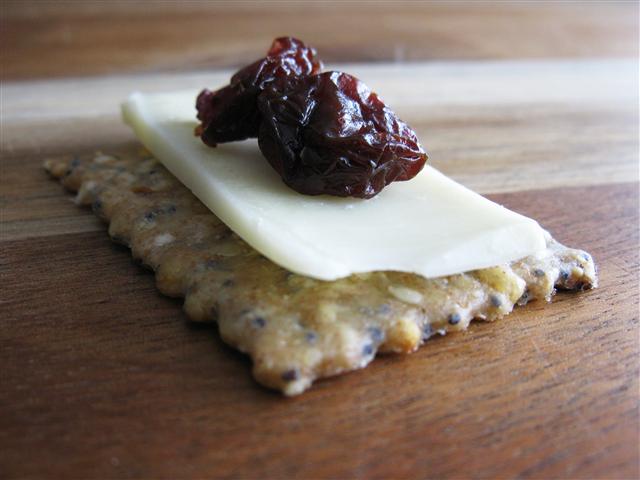