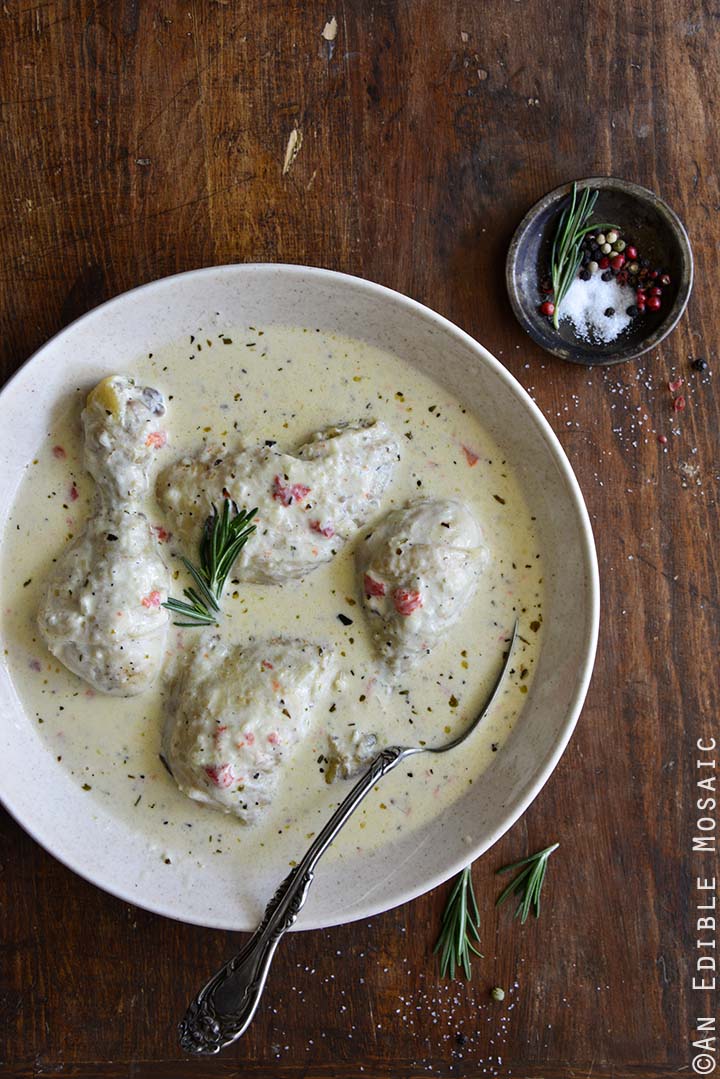 Don’t save all your date nights at home for Valentine’s Day or a special occasion! Meals like this that are easy enough for weeknight cooking, but delicious enough to impress are the perfect way to surprise your sweetheart.

If you’re not familiar with an Instant Pot, it’s an electric pressure cooker that has become wildly popular as of late! It makes a healthy and delicious homemade meal attainable with minimal effort even on the busiest of weeknights.

I held out on joining the Instant Pot craze for as long as I could. I thought I could make do with my slow cooker, and after I saw a stovetop pressure cooker mishap (where thankfully no one got hurt!), I swore off conventional stovetop pressure cookers altogether. But the Instant Pot is easy to cook with (the electric version is so much easier to use than the stovetop version), and bonus, instead of having to remember to get dinner started in the slow cooker before heading off to work in the morning, you can whip up any number of things after work in well under 30 minutes.

The only thing I don’t love about cooking skin-on chicken in the Instant Pot is that the skin doesn’t stay crisp, even if you sauté it first. Nobody I know likes soggy chicken skin, so there are a few ways I know of to deal with this issue: 1) take the skin off before cooking (which I don’t like to do because I find that the skin adds flavor to the dish as it cooks; 2) take the skin off after cooking (which is my preference because this way you don’t have to give up the flavor that the skin adds); or 3) broil the chicken under the broiler after cooking it in the Instant Pot (which I don’t usually do, just because it’s an additional step and the whole point of the Instant Pot is to simplify cooking). Like I mentioned, my preference is to just remove the skin after cooking.

Dark and white meat chicken look and taste different, and should be cooked a little differently too! Here’s why…

White meat comes from chicken breasts and dark meat comes from chicken legs, thighs, and wings. The color of the meat is different because it’s a different kind of muscle; the muscle in chicken breast is fueled by glycogen, while the muscle in chicken legs and thighs is fueled by fat which is a more sustainable source of energy. (You can read more about the science behind the differences between white and dark meat chicken on The Kitchn.)

The Difference in Cooking White and Dark Meat Chicken

The difference between white and dark meat chicken affects the cooking method. (Note that the USDA recommends cooking chicken until it reaches an internal temperature of 165F. Check it in the innermost part of the thigh and wing, or the thickest part of the breast.) Chicken breasts usually cook faster than legs and thighs, which is only an issue when you’re cooking a whole bird. To prevent the white meat from drying out before the dark meat is fully cooked, there are different methods that can be used to keep the white meat moist. Some people roast a chicken breast-side down, or to help ensure even cooking throughout, spatchcock the bird (i.e., to butterfly it, cutting it along the back and cooking it flat). Another method is to line the breasts with bacon, which renders down as the bird roasts.

Since the breasts are low in fat, they do well with fast and hot cooking methods, like grilling or pan-searing. To help tenderize dark meat, it generally does better with roasting, braising, or other slow-cooking. I also like pressure cooking for dark meat because it does the job of slow cooking in much less time.

The Difference in Flavor Between White and Dark Meat Chicken

Dark meat has a stronger flavor than white meat, and it also tends to be juicer and more tender. Many people have a very clear taste preference for one type of meat over the other, but I like both white and dark meat.

Low-Carb Cooking and How to Keep This Meal Low-Carb

One of the things I love most about low-carb cooking is that it doesn’t sacrifice flavor. Many carbs are typically quite bland (think rice, pasta, etc.) and need to be doctored up with something (like butter on bread or sauce on pasta) to give them flavor. Low-carb cooking isn’t low-fat cooking, and as the saying goes “How do you spell flavor? F-A-T!” This cream cheese-based sauce is seasoned simply with garlic, roasted red pepper, and dried Italian herb seasoning, and yet it’s absolutely packed with flavor.

Other than the Instant Pot, the real star of this dish is the roasted red pepper cream sauce! In addition to how delicious it is, the best part is that this sauce basically cooks itself. After the chicken cooks in the Instant Pot, I add cream cheese, roasted red bell pepper, and dried Italian herb seasoning to the liquid in the pot and whisk to combine. That’s all there is to it! 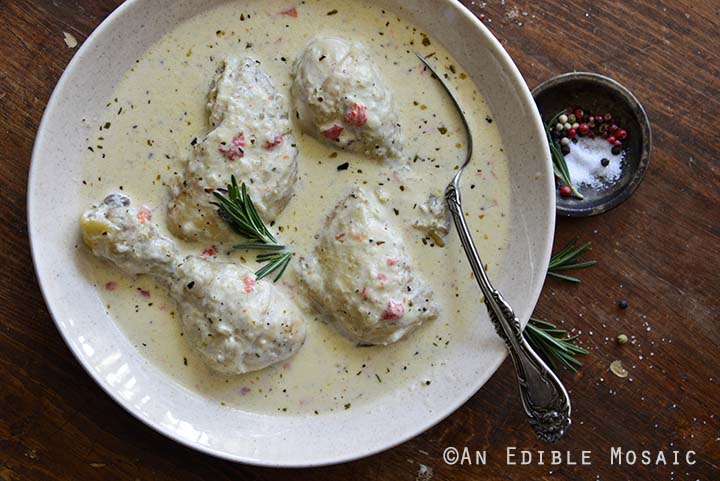 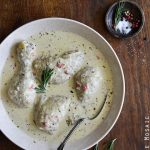