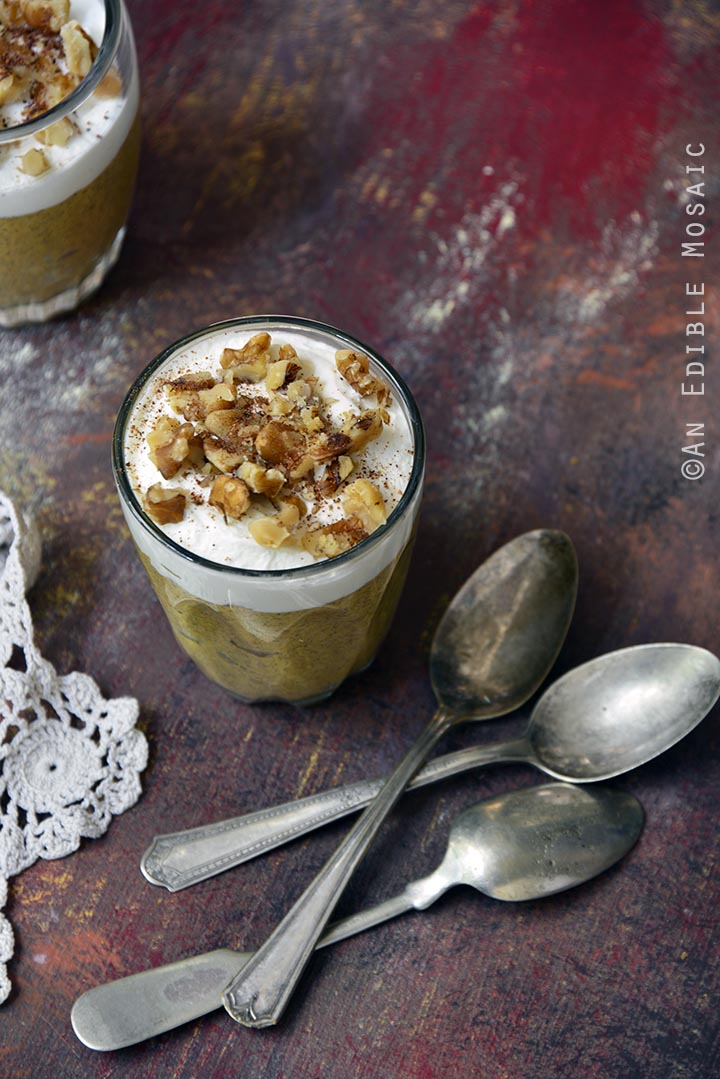 A friend recently informed me that use of the term “fall” interchangeably with “autumn” is regarded as somewhat savage by non-Americans. I didn’t believe her at first because use of the term savage regarding something so trivial seemed a bit, well, savage to me, lol. It turns out, she’s right though.

(Check it out on Grammarist where they mention the phrase “American barbarism” in reference to using “fall” in this way; also, Slate has a pretty good article on the topic, if you’re interested.)

But a rose by any other name would smell as sweet, right? I’m not nitpicky about what you call the season, and I think we can probably agree that it’s one of the prettiest times of the year. Things like cardigans, wool socks, steaming cups of apple cider, and pumpkins make it cozy. And not to mention, it’s the only season when pumpkin spice everything is ok to indulge in. 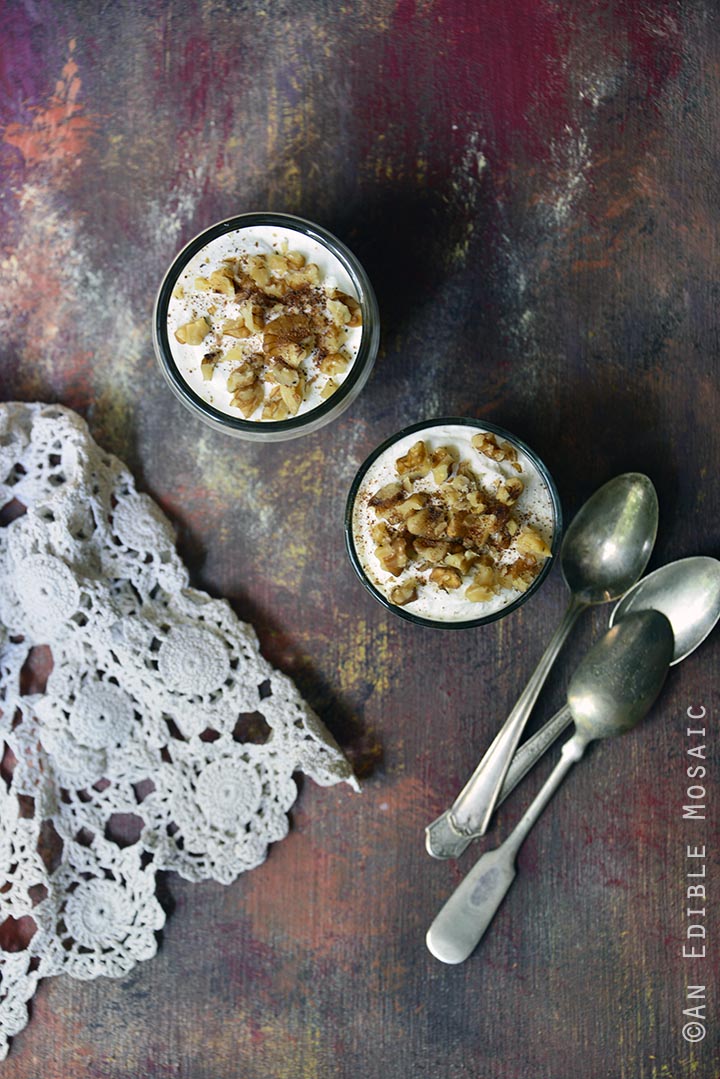 I know there comes a point every fall when enough is just enough already with the pumpkin spice. I’m not quite at that point yet (it usually takes me until at least Halloween), and I hope you’re not there yet either. A) because this pudding is a doozy, and b) because today is the #VirtualPumpkinParty (special thanks to Sara and Aimee for hosting it!).

This recipe came about one day when I had half a can of pumpkin in my fridge and I wanted to integrate it into breakfast. I remembered my recipe for Low-Carb Overnight Black Forest Mocha Chia Seed Pudding on my other blog, Healthy Sweet Eats, and decided to make a few tweaks to turn it into something perfect for the season.

This pudding has just the right amount of warm spices and it’s rich with pumpkin flavor (plus, hello, fiber, immune-boosting Vitamin C, and eye health-promoting Vitamin A, to name just a few of pumpkin’s health benefits; read more about them on The Huffington Post). I was tempted to use maple syrup as the sweetener here because it’s great with pumpkin and warm spices, but I wanted to keep this is low-carb as possible, so I went with granulated stevia instead. (You can use whatever sweetener you like to taste though.) 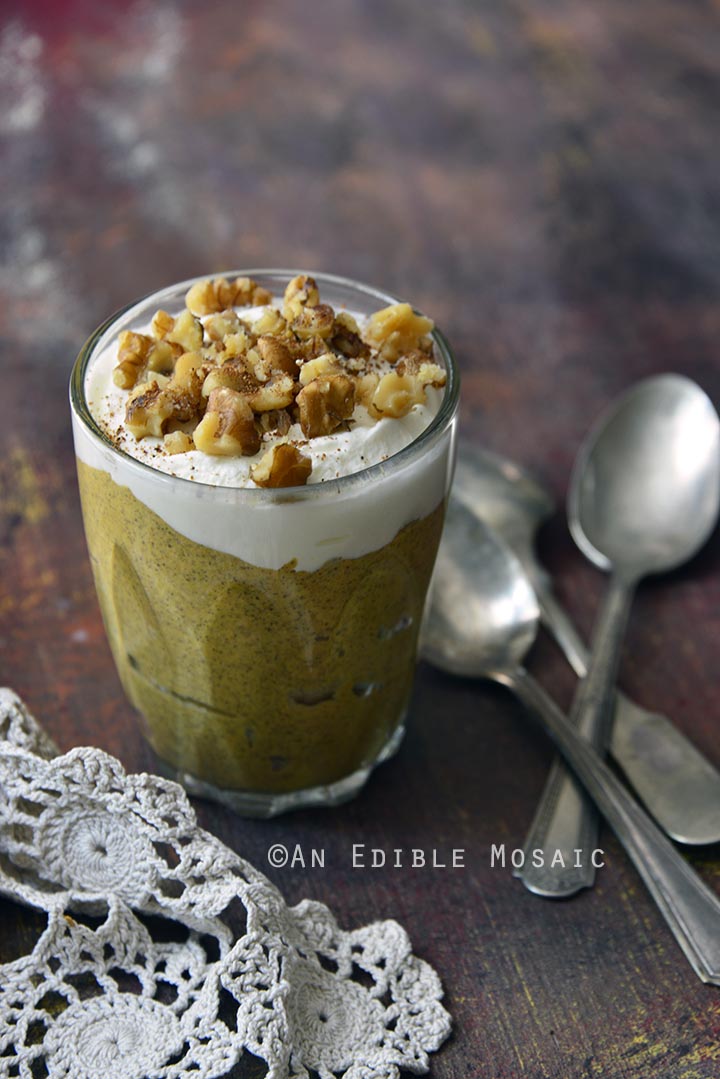 As it happens, I have a little low-carb trick up my sleeve for simulating the flavor of maple. Fenugreek has a complex smoky, subtle sweetness sort-of like caramel and an aroma that mimics maple; because of this, it’s a common ingredient in imitation maple syrup. (You can read on The New York Times about fenugreek being the mysterious sweet smell hovering over New York City a few years back.) Here I use just a touch of ground fenugreek for maple-like flavor without the added sugar. If you want look for fenugreek seed, I would try a local Indian grocery store (you might find it called methi there) or a specialty spice shop; also, one of my favorite spice brands, Frontier Co-Op, has fenugreek seeds available in both ground and whole seed forms (if you have a spice grinder I recommend getting the whole seeds instead of pre-ground because the flavor stays fresher longer and you can just grind up a little as you need it). 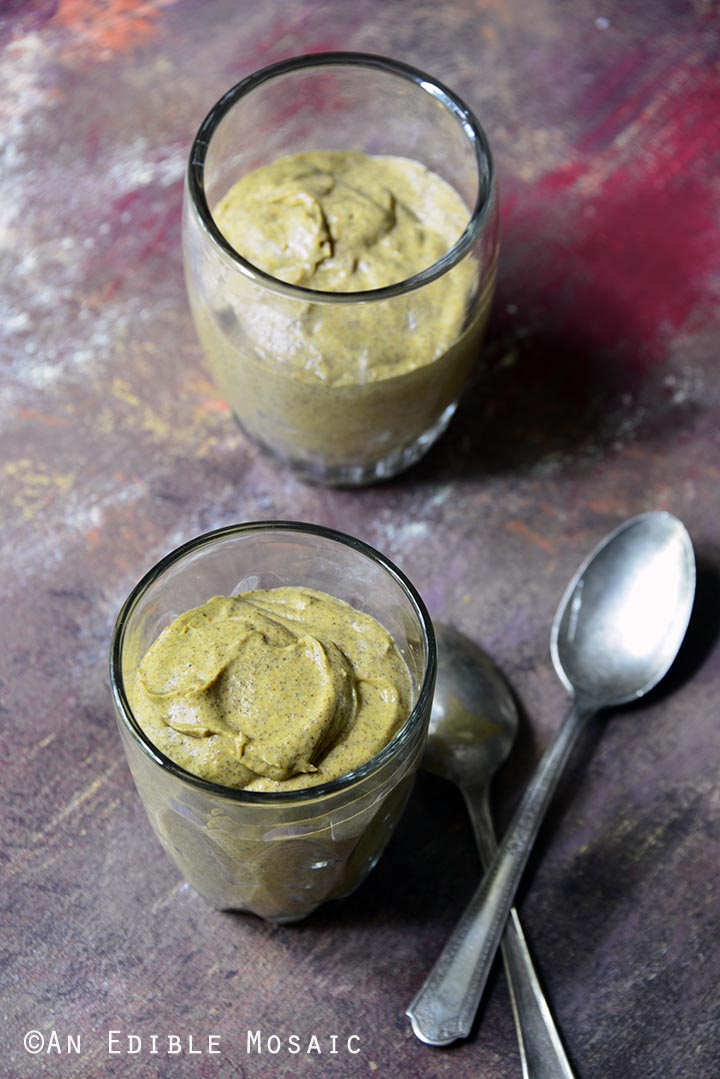 This pudding is lusciously thick and still delicious without any toppings.

These pretty little pudding cups are full of the best of what pumpkin spice has to offer: they’re healthy enough for breakfast, but indulgent enough (taste-wise) for dessert, which is exactly how I like to roll. And you can class them up if you want with a dollop of whipped cream (or coconut “whipped cream”) on top, making it a good option for people who want to eat pretty clean on Thanksgiving while still indulging in seasonal flavors.

And because it’s a party, we’re all bringing food! Be sure to head over to Sara and Aimee’s blogs to see what pumpkin inspiration everyone else is bringing! 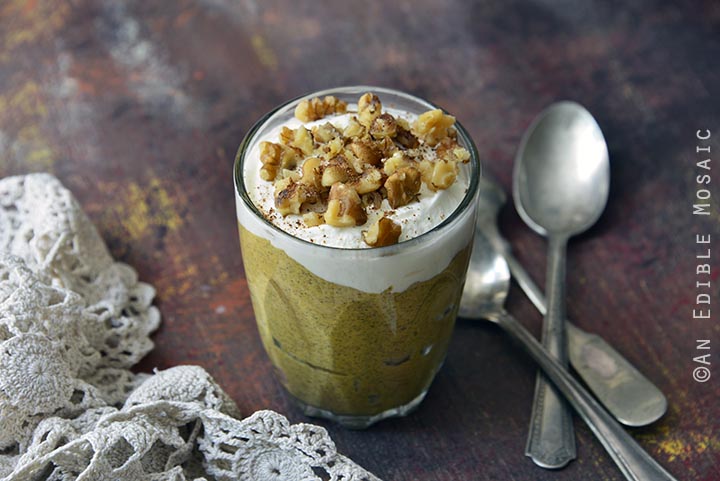 Stevia/Sweetness Level: This pudding is a nice balance of flavors, but isn’t overly sweet (which is perfect for me). Taste and add more granulated stevia (or your sweetener of choice) if desired.