This Cinnamon Roll Bread Pudding recipe tastes just like a cinnamon bun! It has a gooey cinnamon swirl lacing through custardy bread pudding, and is topped with a rich frosting. It’s the perfect holiday breakfast or special-occasion brunch! 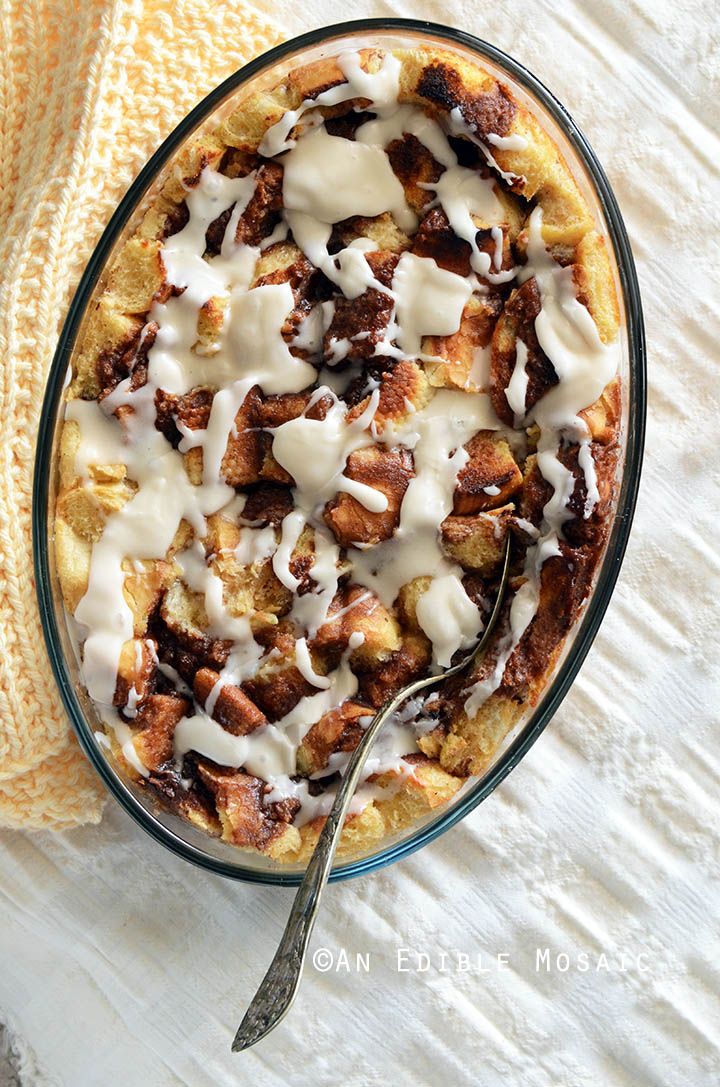 Cinnamon buns are right up there with bagels + cream cheese for me as far as favorite special occasion breakfasts go.

Bagels are a rare treat (made even rarer by the fact that here in Kuwait it isn’t nearly as easy to find a decent quality bagel as it is in New York). But ironically (because there’s a Cinnabon that’s just a two-minute walk from where we live), cinnamon buns are an even more rare treat (because I try not to eat too much sugar). 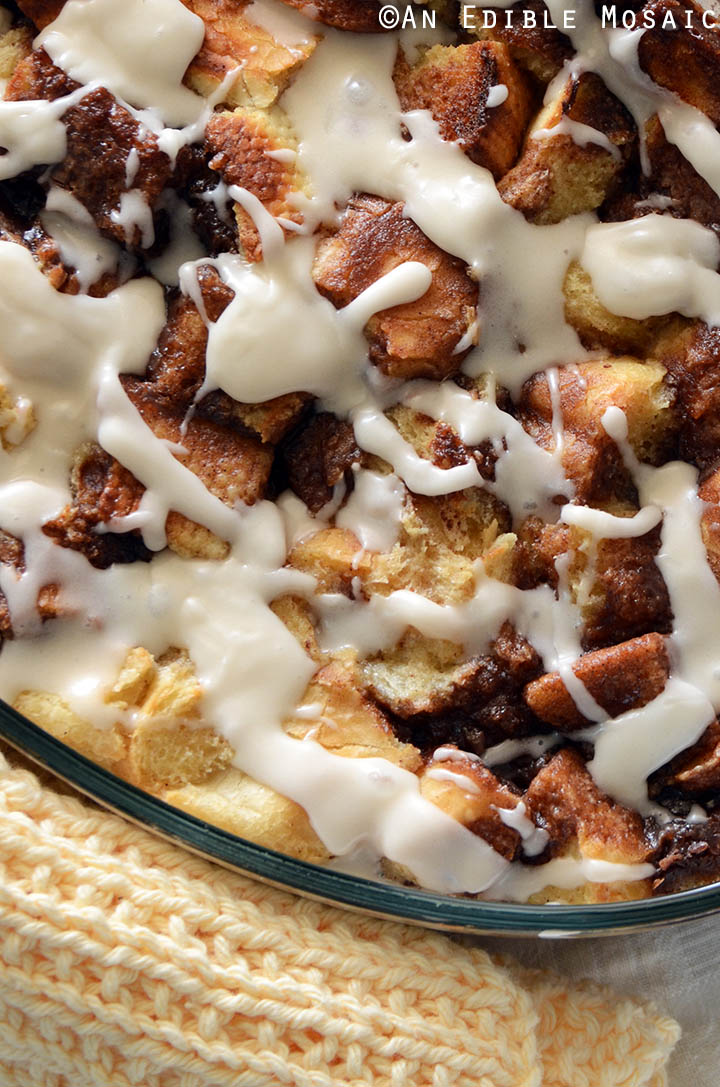 Last Christmas I had a serious cinnamon roll craving and I made it my business to copycat the Cinnabon recipe (which I will definitely be sharing with you at some point!). After a couple tries, I think my recipe was even better than Cinnabon’s (of course I’m biased though).

And now regular Cinnabon doesn’t hold the same appeal that it used to. But delicious as they are, cinnamon buns are not something I make very often. 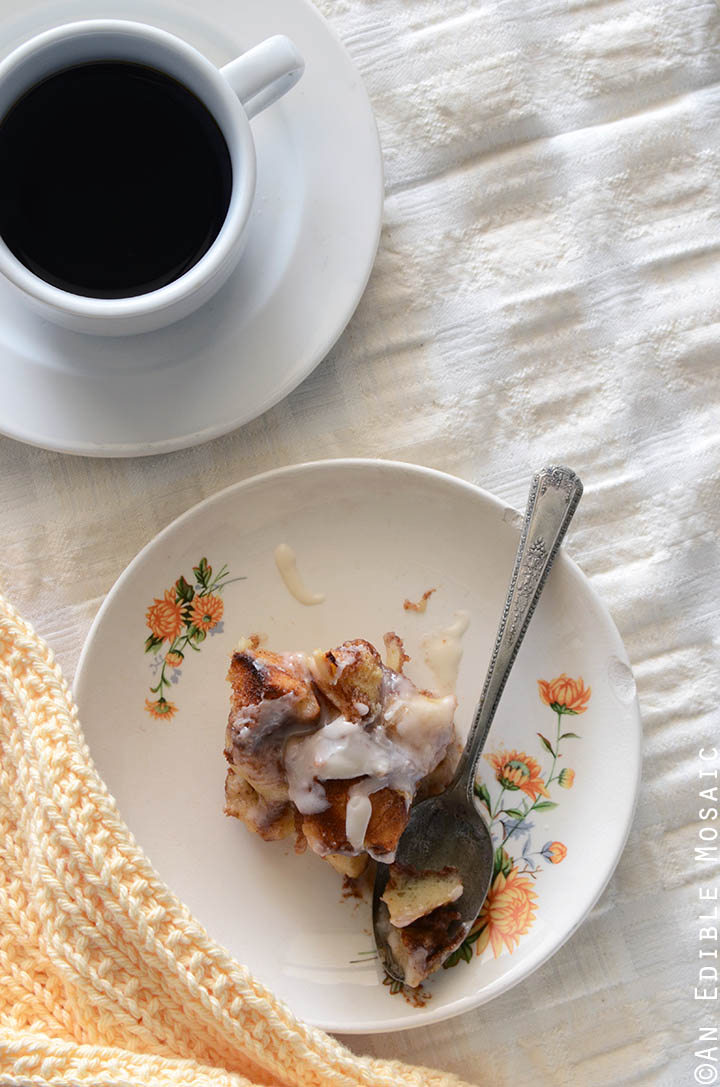 But sometimes a special occasion warrants an insanely good cinnamon bun…right? And sometimes when a killer cinnamon bun is in order, you just don’t have the time to whip up a batch.

The genius thing about bread pudding is that it takes truly minimal effort (read: 10 minutes, and that’s if you do it while enjoying a cup of coffee and a chat with a friend) the night before you want to have it. Then after a quick bake the next morning, you can serve what is sure to be the hit of brunch to friends. 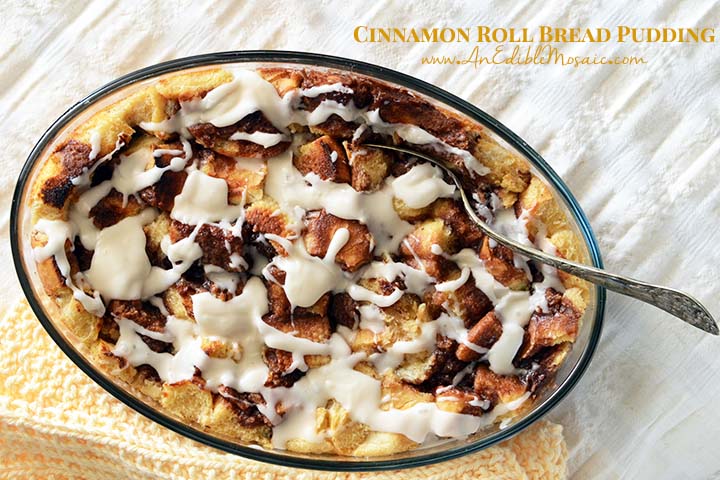 Can You Soak Bread Pudding Overnight?

Yes! Read through the recipe you’re making first to see if there’s instructions on how to refrigerate it overnight.

This recipe for Cinnamon Roll Bread Pudding is best if you refrigerate it for 12 hours before baking.

How Do You Know When Bread Pudding Is Done?

Here are a few different ways to tell when bread pudding is done cooking: 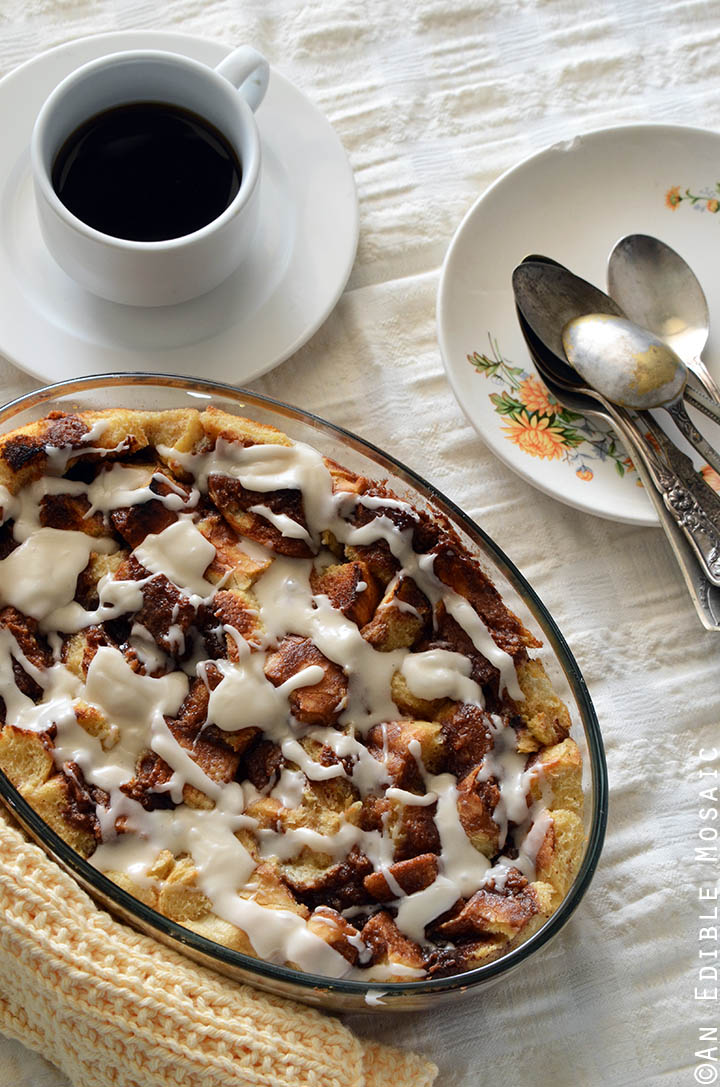 Yes. After bread pudding is baked, store it covered in the fridge for up to 3 days.

Pro Tip: If you want to reheat bread pudding, you can cover an oven-safe dish with foil and heat it until warm in a 350F oven, or in a microwave-safe dish in the microwave. 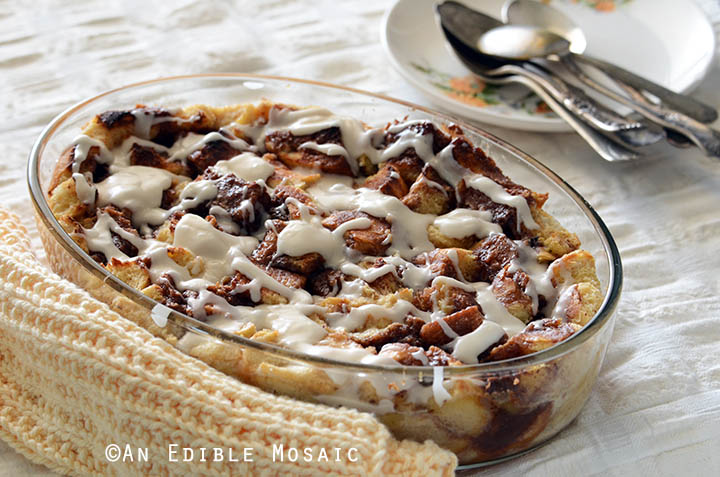 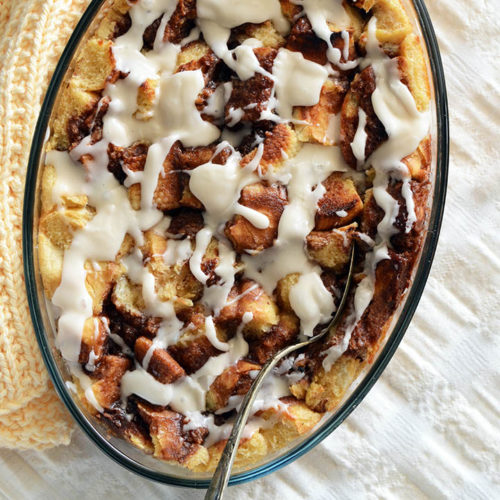 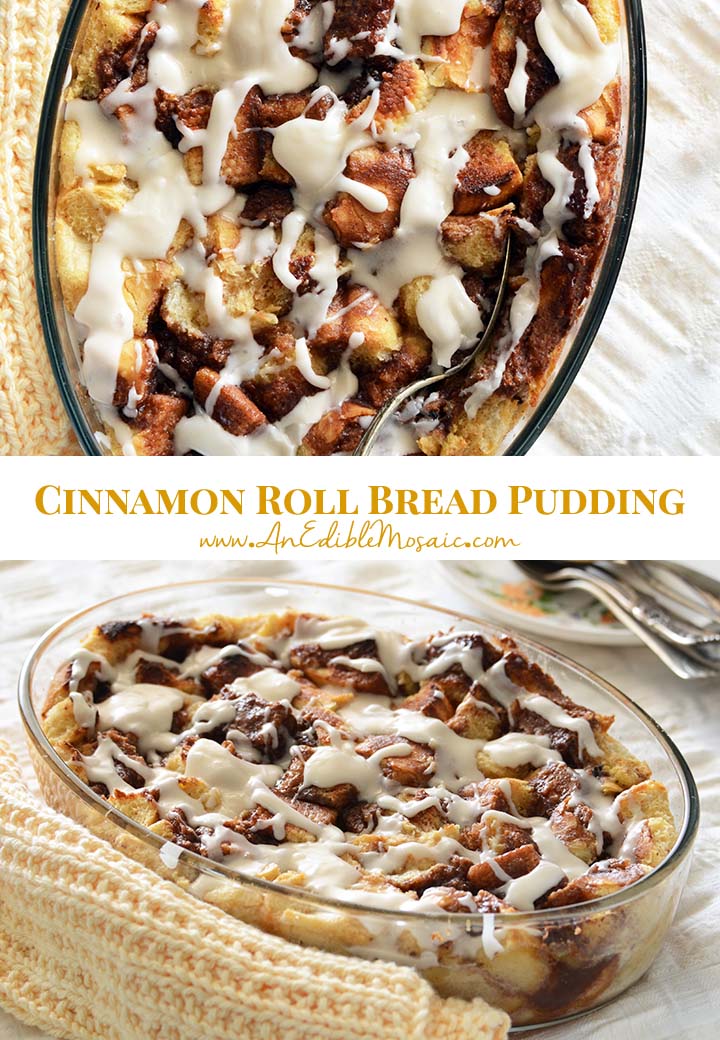 This post was first published on An Edible Mosaic on April 11, 2014. It was updated with more information on December 13, 2019.