Spiced with freshly-grated nutmeg and laced with vanilla and cinnamon, this Eggnog Pudding is creamy and full of festive flavor! It’s surprisingly healthy too. Protein powder bumps up the protein content, and there’s no added sugar! 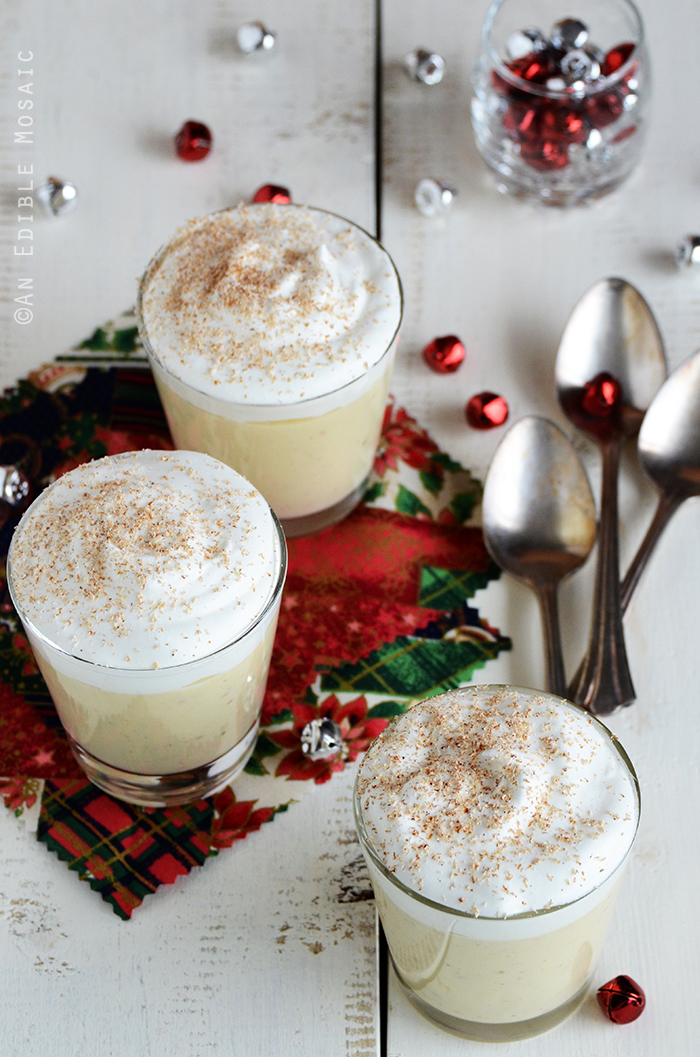 The strangest thing happened the other day…

My day was going along uneventfully until I suddenly found myself ravenous; it was between meal times, so a little snack was in order. I went for one of my favorites, carrots + hummus. Normal enough, right? 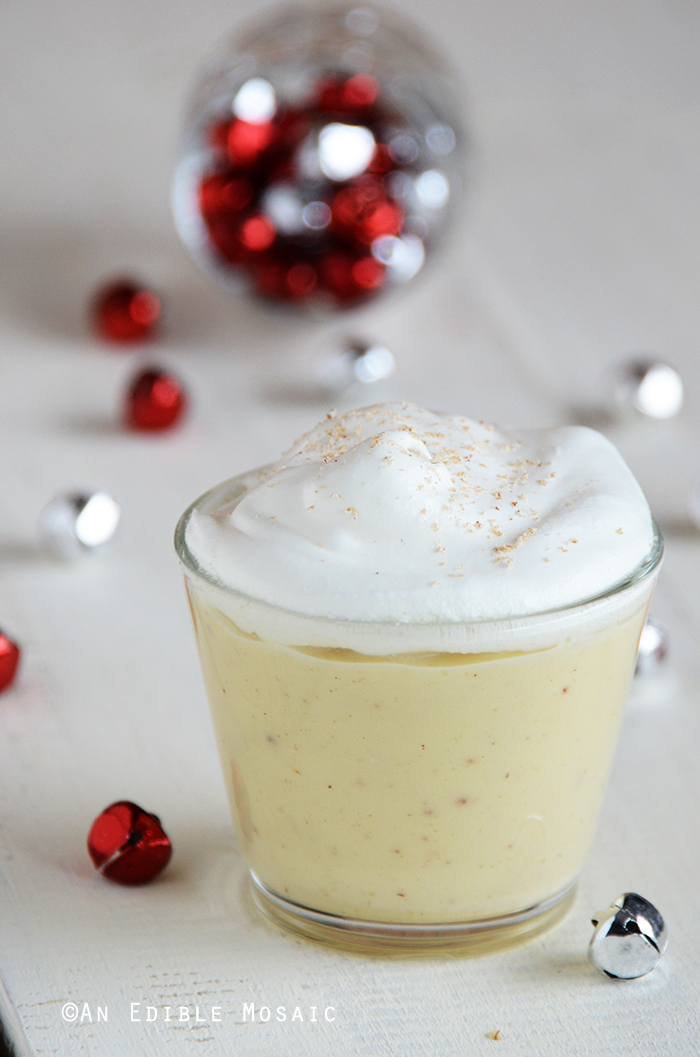 That little snack managed to somehow disgust – no, repulse – me. And I am shocked, shocked. (And a little horrified…I don’t want to give up hummus!)

The mere thought of both carrots and hummus now turns me off. And the worst part is I have no idea why because there was absolutely nothing wrong with either of them! And no, I don’t think I’m pregnant, lol. A sad day, my friends. 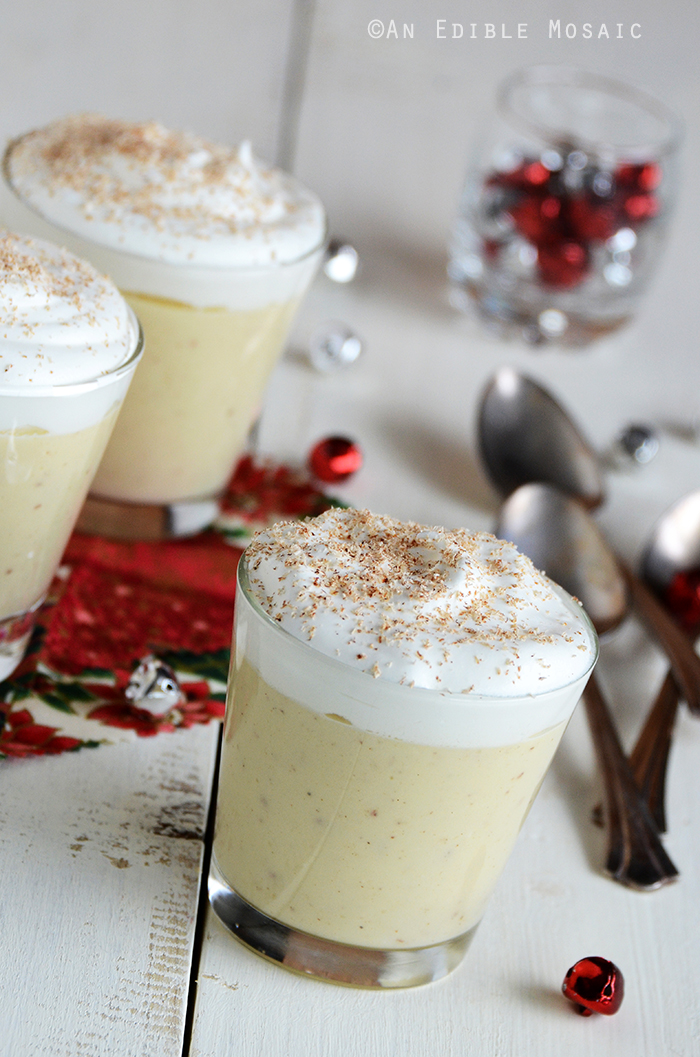 I’m not sure what’s going on, maybe it’s just my (adult!) taste buds being fickle. (Has this happened to anyone else?) In any event, I decided it’s high time I added a few new snacks to my repertoire. Eggnog is one of my favorite seasonal flavors and pudding is always a hit…so why not, right?

Note that there is no actual eggnog in this recipe! the combination of nutmeg, vanilla, and just a touch of cinnamon give it its eggnog-like flavor. 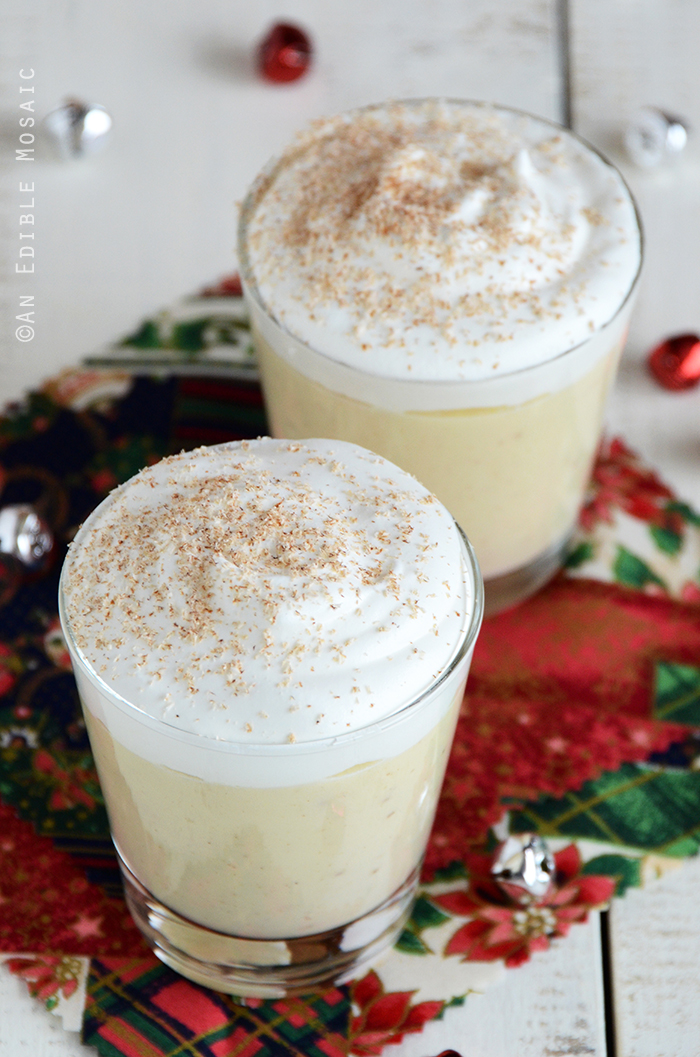 When I made this pudding, I wanted an eggnog dessert recipe that was really more of a snack than a dessert. As a result, I made a few tweaks to make it a bit less dessert-like than your average pudding.

I used a stevia/erythritol blend instead of sugar, milk instead of cream (so I could use a bit of cream for topping, of course ;) ), and added vanilla protein powder. I love that this Eggnog Pudding fuels me up with no sugar crash later! 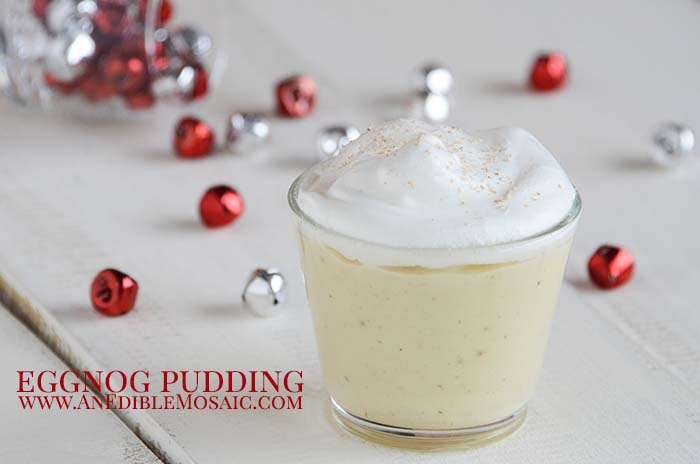 What’s the Difference Between Custard and Pudding?

There are actually a few differences between custard and pudding!

Pro Tip: Lay a piece of plastic wrap directly on top of pudding while it’s still warm to prevent it from forming a skin. 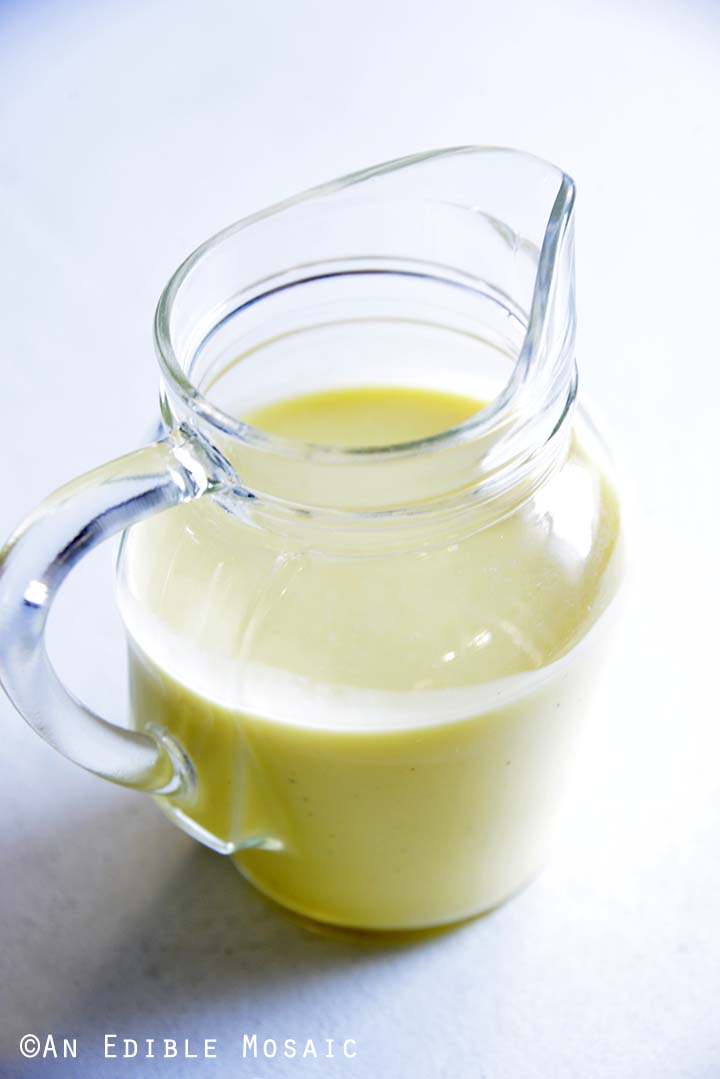 Eggnog is sweet with a thick, creamy texture. It’s spiced with nutmeg and usually has a touch of vanilla.

I think the best way to describe the flavor of eggnog is like melted nutmeg-flavored vanilla custard. 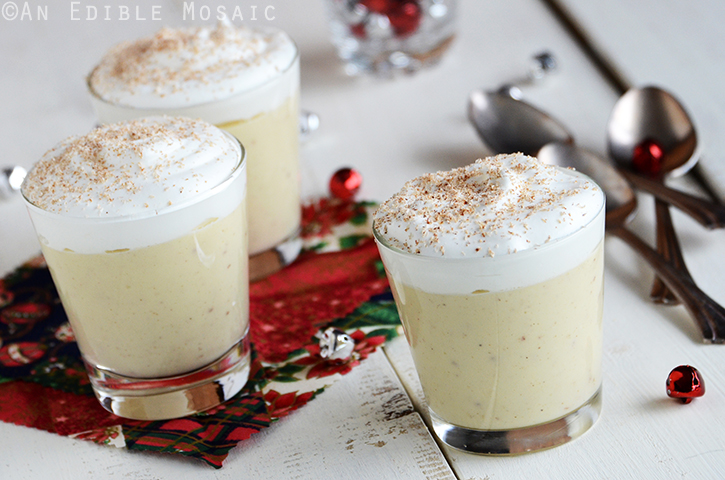 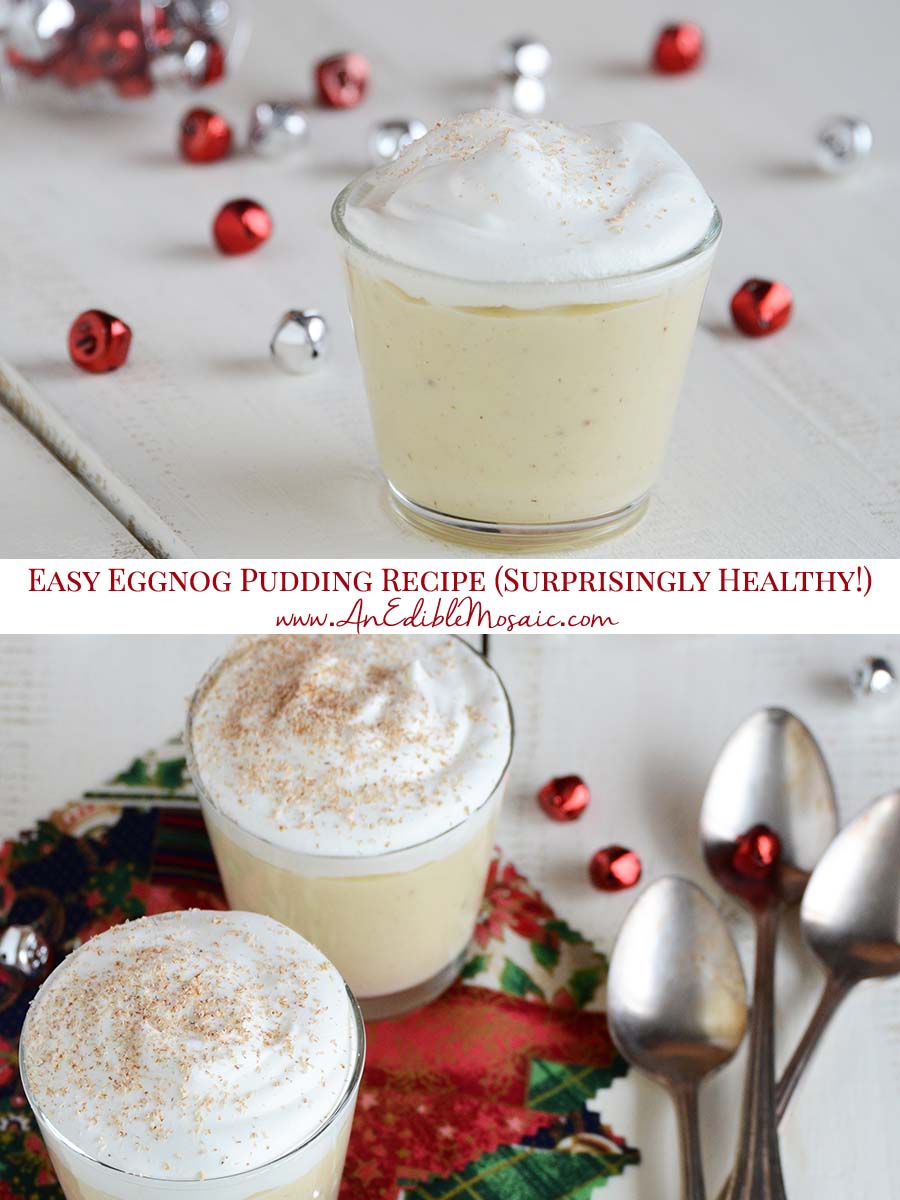 This post was first published on An Edible Mosaic on December 11, 2011. I updated it with more information on December 9, 2020.