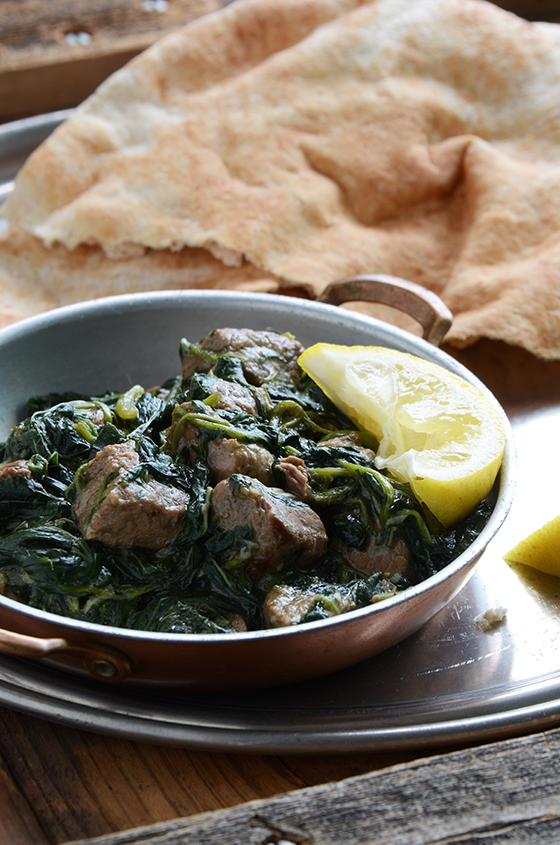 If you’re a long-time reader of my blog, you know I try to be as transparent with my readers as possible, so I’m going to give it to you straight on this: I can’t even begin to tell you how disgusted I was when I first tried Molokhia in the Middle East.

But texturally, it’s something else altogether. 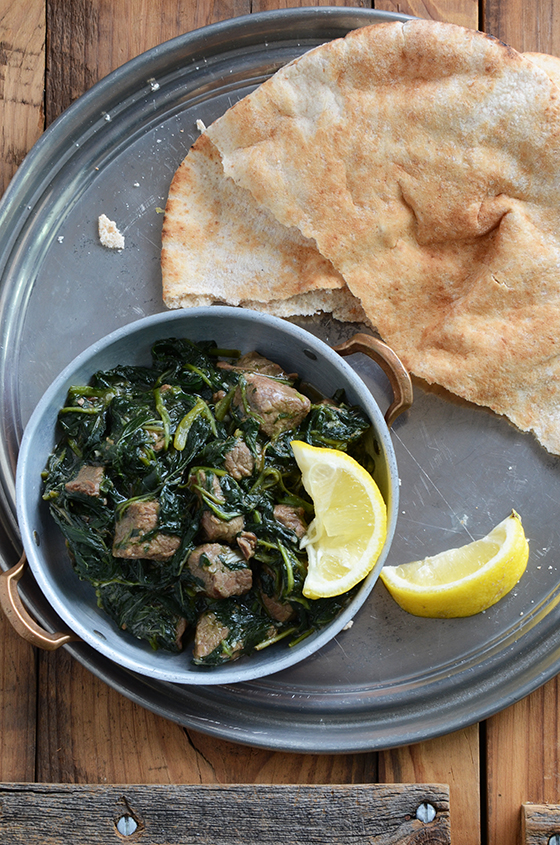 Sort-of like okra, but even more slimy and mucosal than okra, especially if it’s made into soup like this. When you go to take a spoonful, it just seems to move as one unit. But surprisingly the flavor really grows on you. After having this meal three or four times in the Middle East, I was hooked and it became something I craved even home in the U.S.

If you’re not familiar with it, it’s commonly known in the Arab world that Molokhia hails from Egypt and was the food of royalty, as Molokhia literally translates to “for royalty”. In English, Molokhia can be found called Jew’s Mallow, Jute Mallow, Green Mallow, or Nalta. I buy it frozen (which I much prefer over dried) from a local Middle Eastern grocery store.

Molokhia is frequently minced very, very small and made into soup, which is served with either chicken or red meat like beef or lamb, and eaten spooned over rice. This recipe is different altogether – waraq means “leaves” and the leaves are left whole instead of being minced. I like it made with tender, slow-cooked beef. Serve it with fresh lemon for squeezing on top and flatbread (khubz) to scoop it up. (I share a recipe for Middle Eastern flatbread in my cookbook!)