This Vegan Coconut Cashew Ice Cream Recipe is rich and creamy with deep coconut cashew flavor, a hint of vanilla aroma, and the perfect amount of maple sweetness. 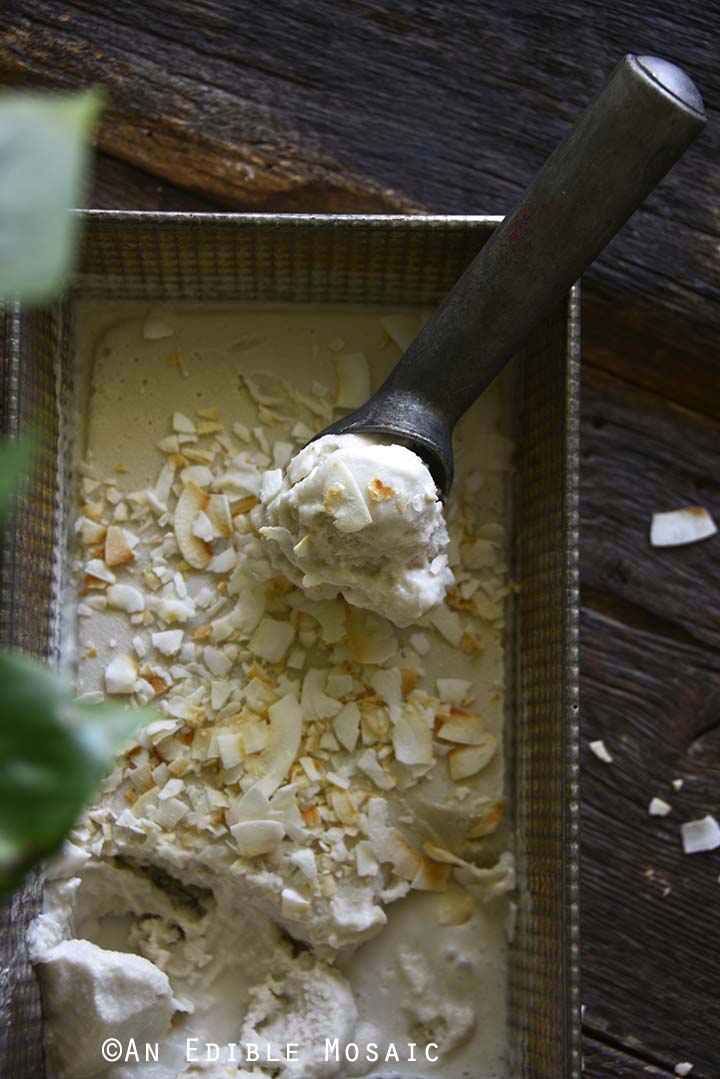 As a kid, during summer I remember my family heading to our local ice cream stand for a chocolate soft serve with rainbow sprinkles a couple times a week. Because what’s summertime without ice cream, right?!

Even though there’s still a special place in my heart for plain old chocolate soft serve coated in a rainbow of sprinkles, these are the flavors that get me excited!

This Coconut Cashew Ice Cream Recipe is a flavor profile that appeals to both kids and adults. Serve it up with sprinkles on top for the kiddos, or add a drizzle of dark chocolate to make completely indulgent for the grown-ups. 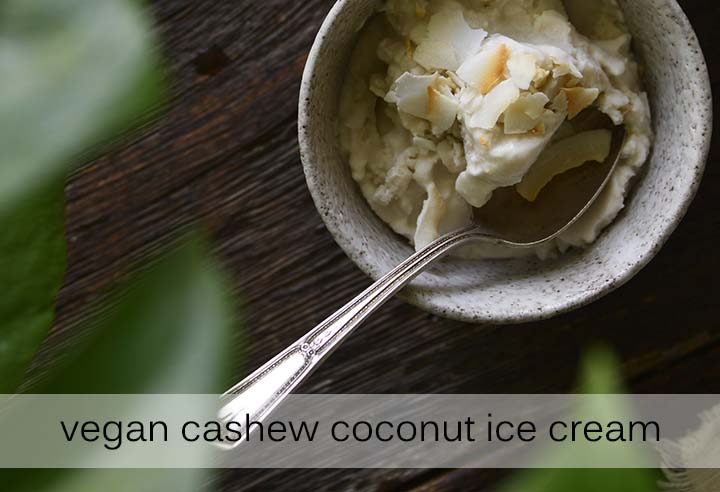 This Coconut Cashew Ice Cream Recipe is not only vegan, but also gluten free and paleo.

Pro Tip: To make this recipe keto, just use a keto “maple syrup” (like this one on Amazon) instead of regular maple syrup. 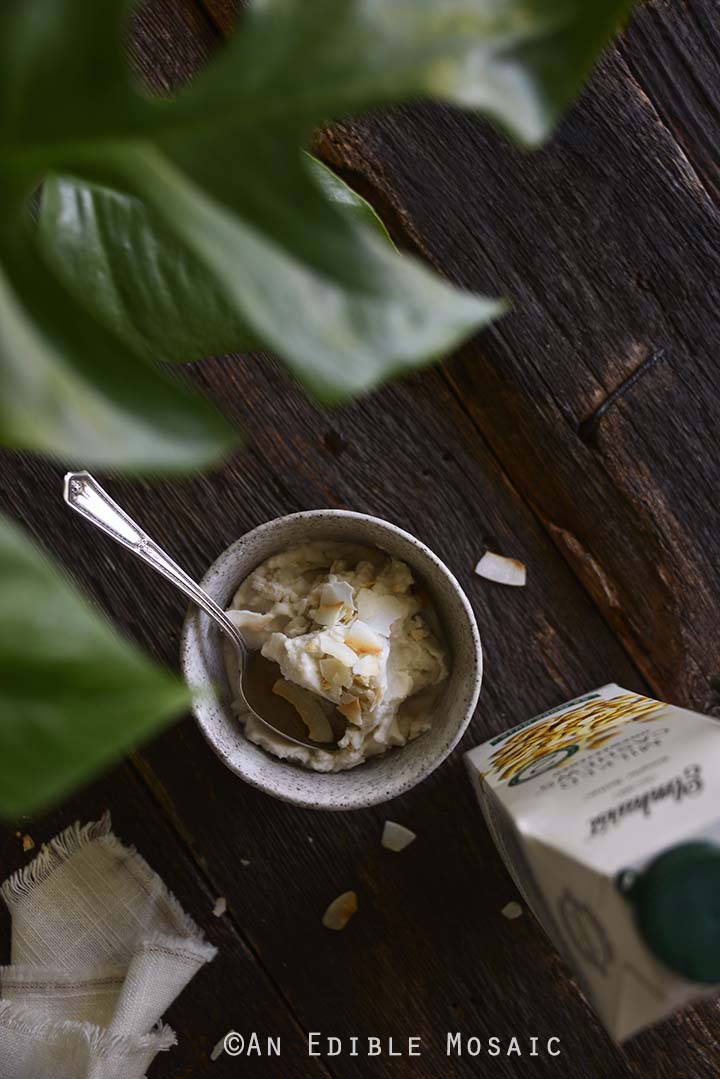 The base of this ice cream is cashew milk, which I also enjoy in my coffee as a switch up from cream. Cashew milk lends a creamy texture and slightly nutty flavor to this ice cream.

My favorite is Elmhurst 1925 Milked Cashews Unsweetened Cashew Milk, which only contains two ingredients: filtered water and cashews! They have a pretty big selection of unsweetened plant-based milks, and I also really enjoy their almond milk and hazelnut milk. 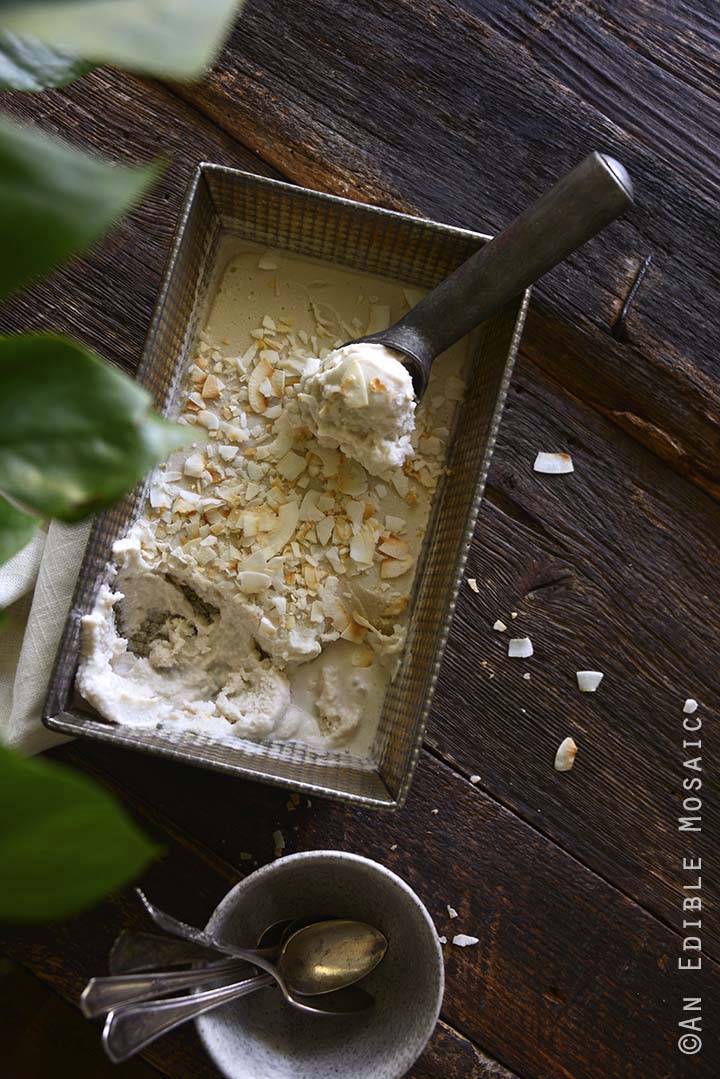 To Make This Ice Cream Without an Ice Cream Maker:

More Easy Ice Cream and Other Frozen Treat Recipes to Cool Down With: 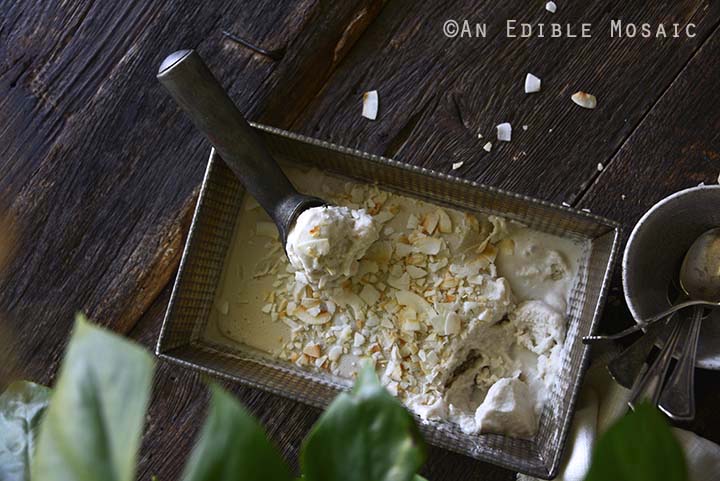 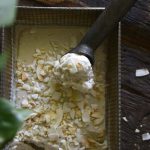 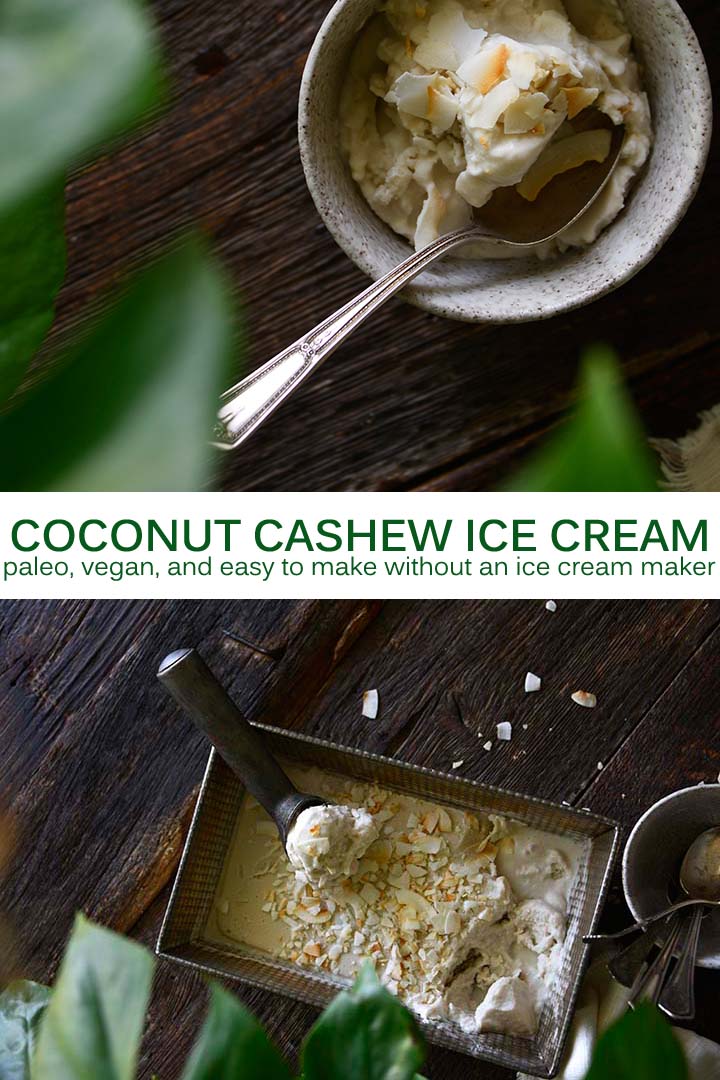 Disclosure: This post is not sponsored; I enjoy Elmhurst 1925 products and use them in my kitchen. This post contains Amazon affiliate links to products I believe in, which means that even though it doesn’t cost you anything extra, I will receive a small amount of money from the sale of these items. Thank you for helping to support An Edible Mosaic!