Packed with vegetables and layered with flavor, this Vegetarian Borscht is a delicious, hearty, and nutritious meal. 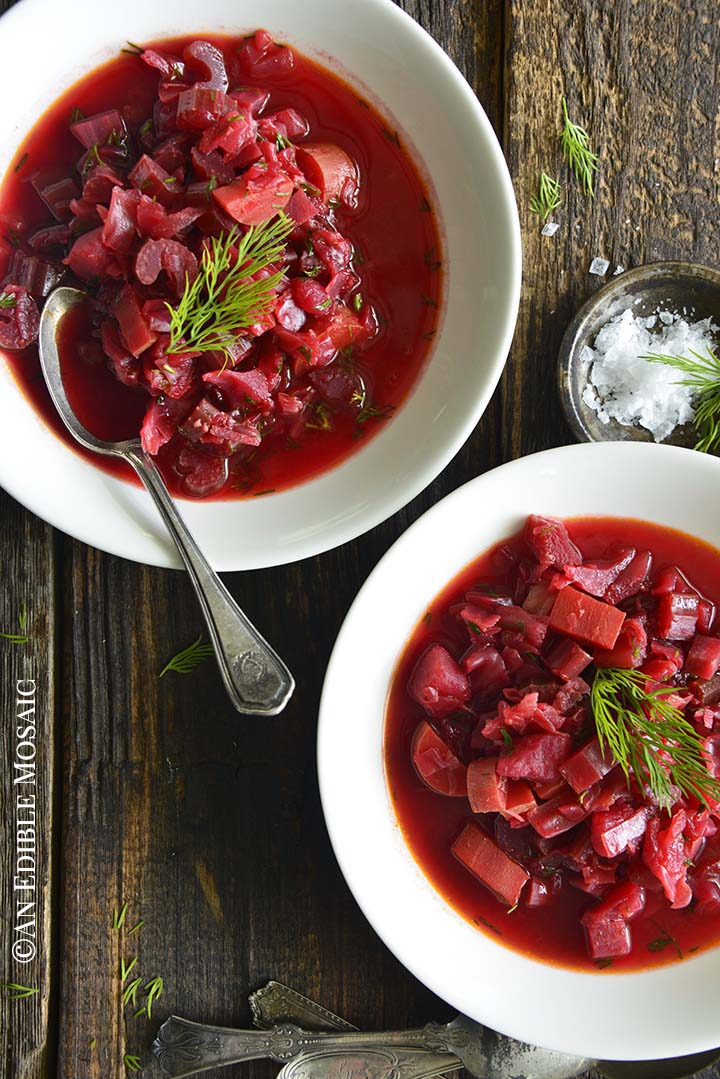 I’m a beet lover from way back. One of my favorite vegetable side dishes that my mom used to make growing up was boiled beets, served with butter and salt. They were so good!

If you enjoy beets, you will love Borscht! Not only is it flavorful and delicious, but it’s so pretty. All the vegetables and the broth turn a beautiful deep red color thanks to the beets.

Beets have an earthy, sweet flavor. Because of their natural sweetness, I like to balance the flavor of beets. A touch of salt and some kind of acid, such as fresh lemon juice, are a great pairing with beets! 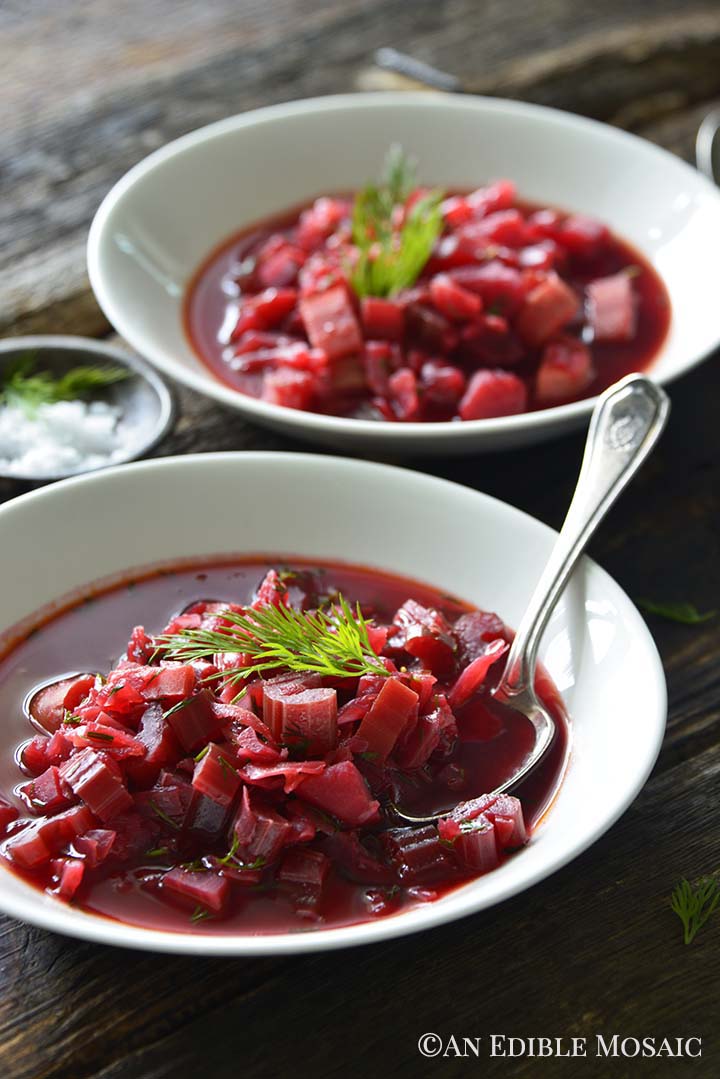 The flavor of beets is predominant in Borscht soup. It has an earthy sweetness, which is balanced with acid from fresh lemon juice or red wine vinegar.

Don’t forget to season your Borscht with salt, which helps create a balanced flavor profile.

Is Borscht Eaten Hot or Cold?

There are several different types of Borscht, and some are eaten hot (like this Vegetarian Borscht recipe), and other variations are eaten cold.

I have another recipe for Borscht that includes meat, and it’s served hot. 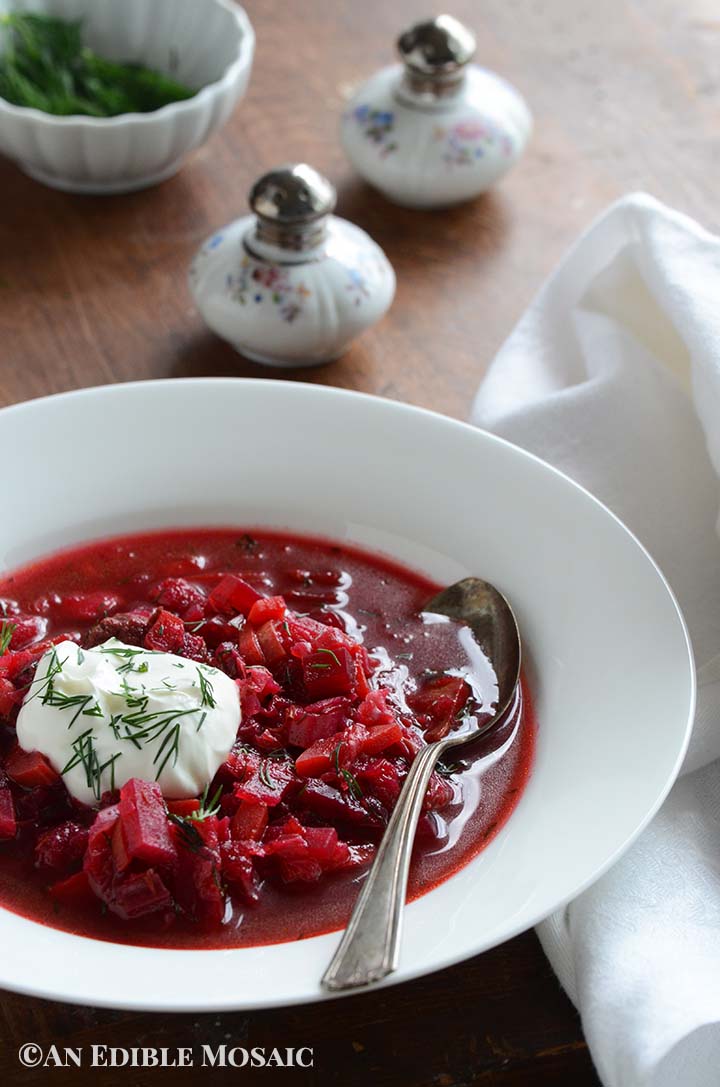 Above: Borscht Soup with Meat

Additionally, I have a recipe for Polish Cold Beet Soup (Chłodnik) that’s a refreshing version of Borscht, and perfect for cooling down with during warm weather. 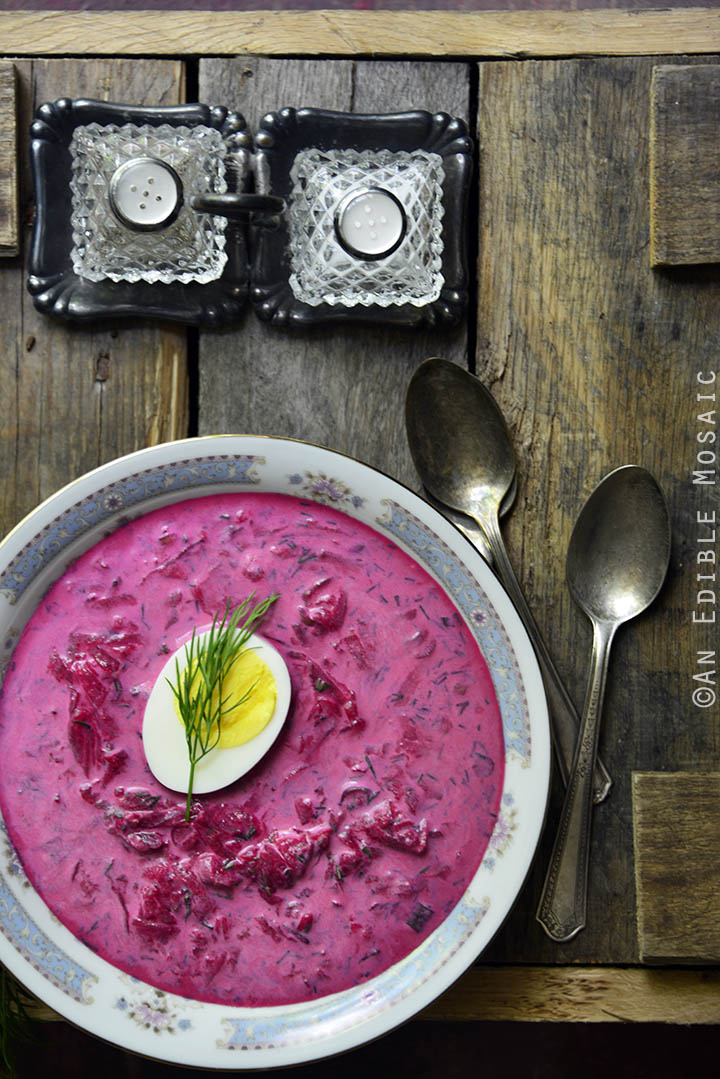 Is Borscht Russian or Ukrainian?

Like so many foods, there is a lot of nationalism pertaining to Borscht, with multiple different countries claiming to be the origin. There are several different and very interesting points on this debate. For instance, when Borscht was invented, the area of the Ukraine that it’s said to be from was part of Russia at that time.

I’ve frequently heard it said that what we think of as Borscht soup originated from the Ukraine.

The letter T that Western countries put at the end of the word Borscht is actually not in the original word. The word in Russian and Ukrainian is better transliterated as Borsch (without the T).

However, the characters of Russian and Ukrainian languages are different than English letters. Characters in these languages make a sound of a few different letters put together – i.e., they sound like words, not letters – similar to the sound of characters in the Arabic language, and unlike the English language where our letters stand alone. The characters at the end of the word Borsch and have a similar sound to T, hence the reason for the transliteration Borscht. 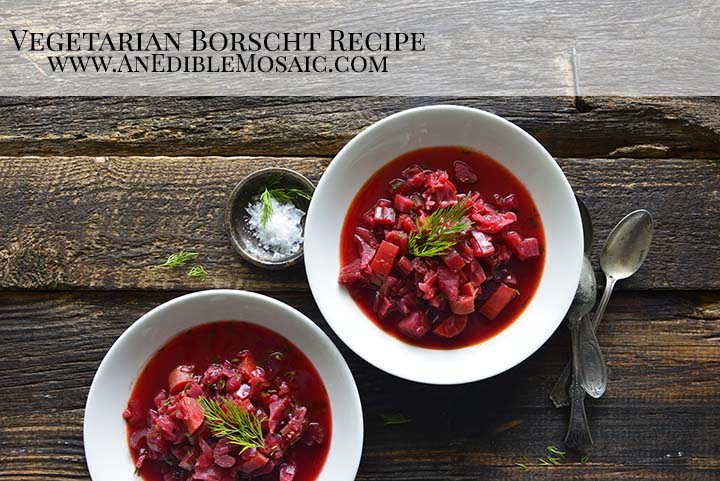 If you like beets, you’re going to love Borscht! I like to think of Borscht soup as a celebration of beets. However, in addition to beets, this soup is loaded with a variety of other vegetables, including cabbage, onion, carrot, and I also add celery.

I add a single starchy potato to my Vegetarian Borscht Recipe. The potato disintegrates into the soup, and gives the broth a rich, velvety texture. A little bit of tomato paste also adds volume to the broth.

To keep this soup vegetarian, I used vegetable stock. Be sure to use a rich, flavorful vegetable stock! Additionally, if keeping this dish vegetarian isn’t a concern, feel free to use chicken or beef stock. 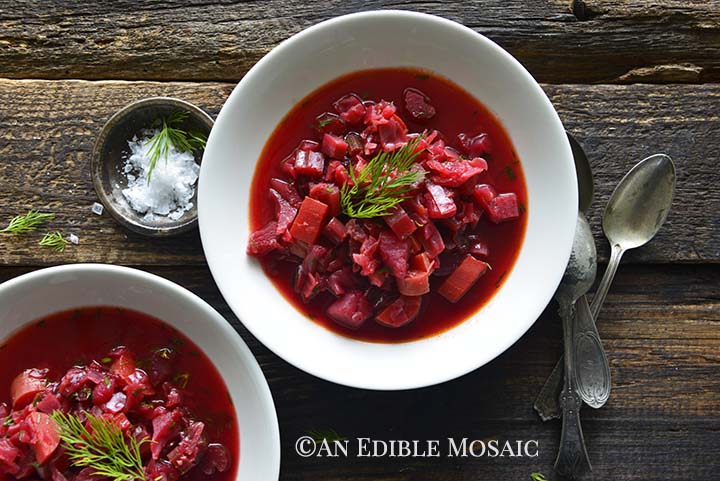 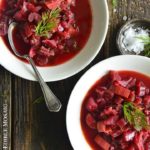 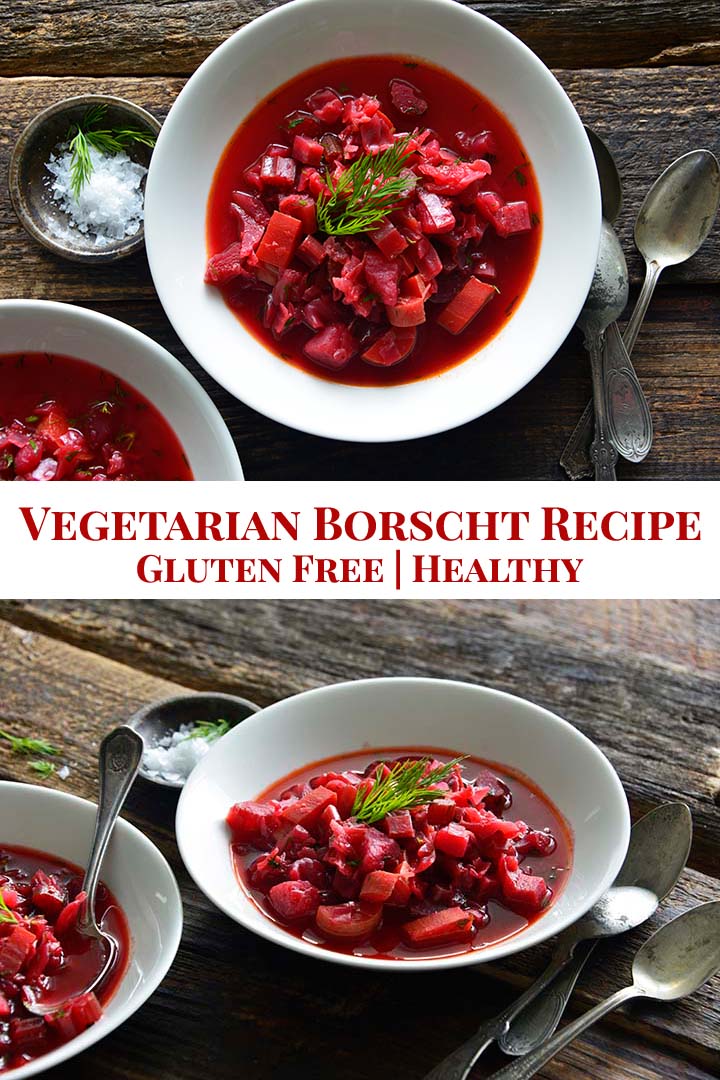