Sour milk is the secret ingredient in this Whole Wheat Apple Cinnamon Sour Milk Muffins Recipe that yields a light and tender-crumbed muffin! These are sweetly aromatic of cinnamon, studded with fresh apple, and absolutely delicious. 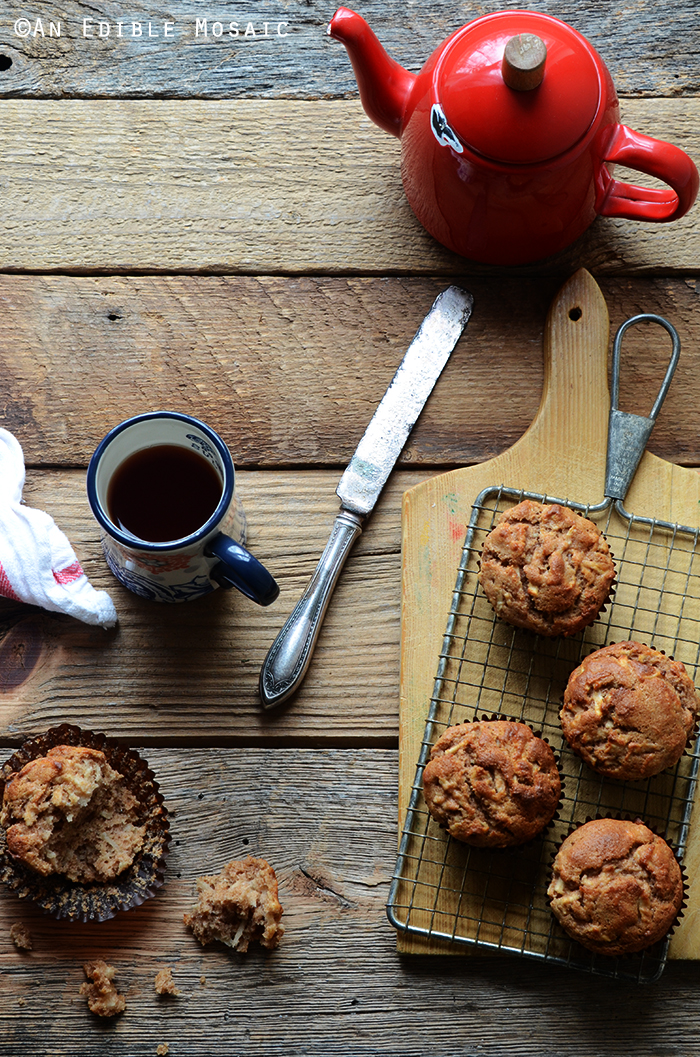 When Mike and I lived in Buffalo, we had the best neighbor ever. (Her name was Bee. She really was the sweetest, most amazing lady; she’s the one I talked about when I mentioned our ant problem one summer.)

Being a bit older, she was old-school in a lot of ways.

Bee believed in the value of hard work. She was incredibly thoughtful. (I can’t even count how many times I saw her shoveling snow off other peoples’ cars!) She brought festively decorated plates of traditional Italian cookies to her neighbors for the holidays. And she always took her shoes off when she entered someone else’s home.

All of which was very much appreciated! 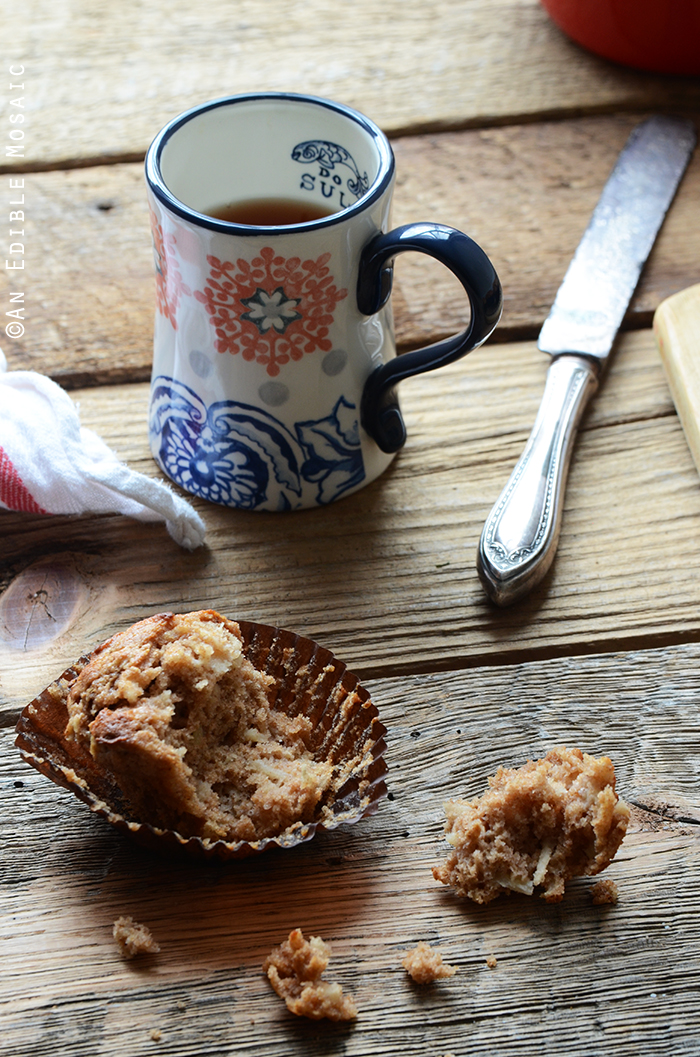 The Inspiration for This Recipe

One afternoon I popped by Bee’s place to drop something off and she invited me in. Always the hostess, she offered me a beverage; not wanting to be rude, I accepted.

Deep in conversation (she always had the best gossip so conversations with her were quite interesting), she reached into her fridge and pulled out a jug of milk. She opened it, sniffed, and then squealed and laughed, saying that wasn’t the right milk – that was the spoiled stuff she saved for making muffins!

At that point I had to pause the conversation. Uing sour milk to make muffins was a completely novel idea to me! Bee explained that she never threw spoiled milk away, but instead always saved it for baking. (I don’t know for sure, but I think that sounds like remnants of the Great Depression – or maybe this kind of frugality/repurposing has been going on long before then?!).

And she said that she never got sick off of sour milk muffins or knew anyone who did (because you know I had to ask). 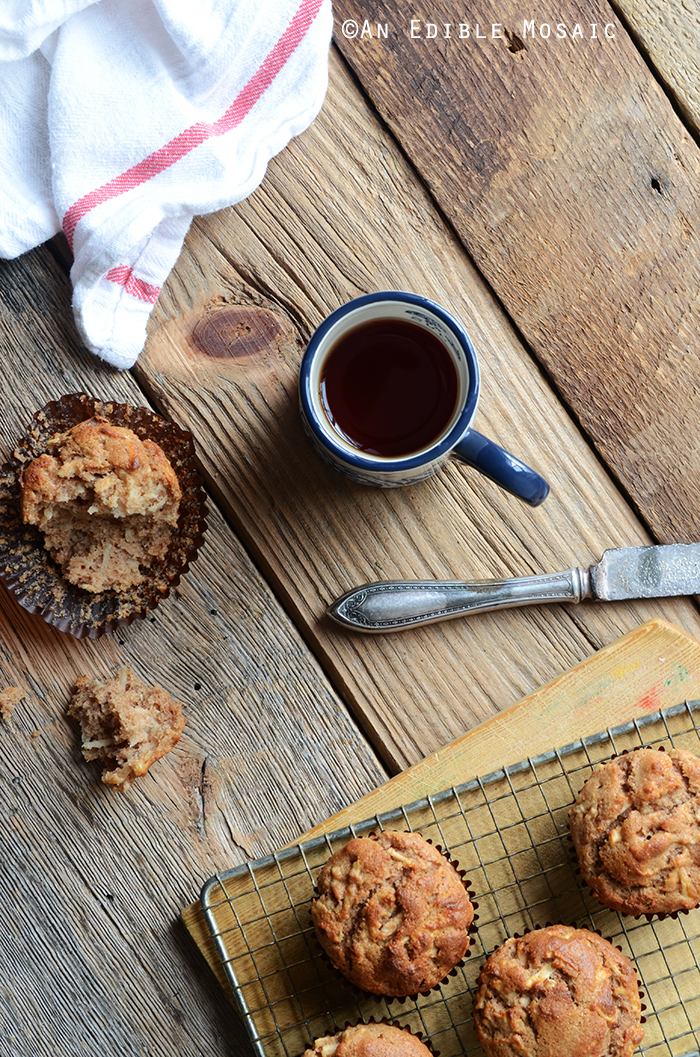 That brief introduction to sour milk muffins was at least two years ago. I haven’t thought about spoiled milk muffins for a very long time. That is, until recently when I found myself with a nearly full gallon of sour milk in the back of my fridge when we got home from vacation.

Muffins immediately came to mind and I thought why not give it a go?

I did some experimenting, and this Whole Wheat Apple Cinnamon Sour Milk Muffins Recipe is the result. Light and tender-crumbed and sweetly aromatic of cinnamon, these muffins are nothing short of spectacular.

In case you’re wondering no one got sick off these muffins. (Yay for that!)

And they were so good my mom told me I need to keep a jug of sour milk in the fridge for anytime I want to make muffins. I did not see that one coming, lol! 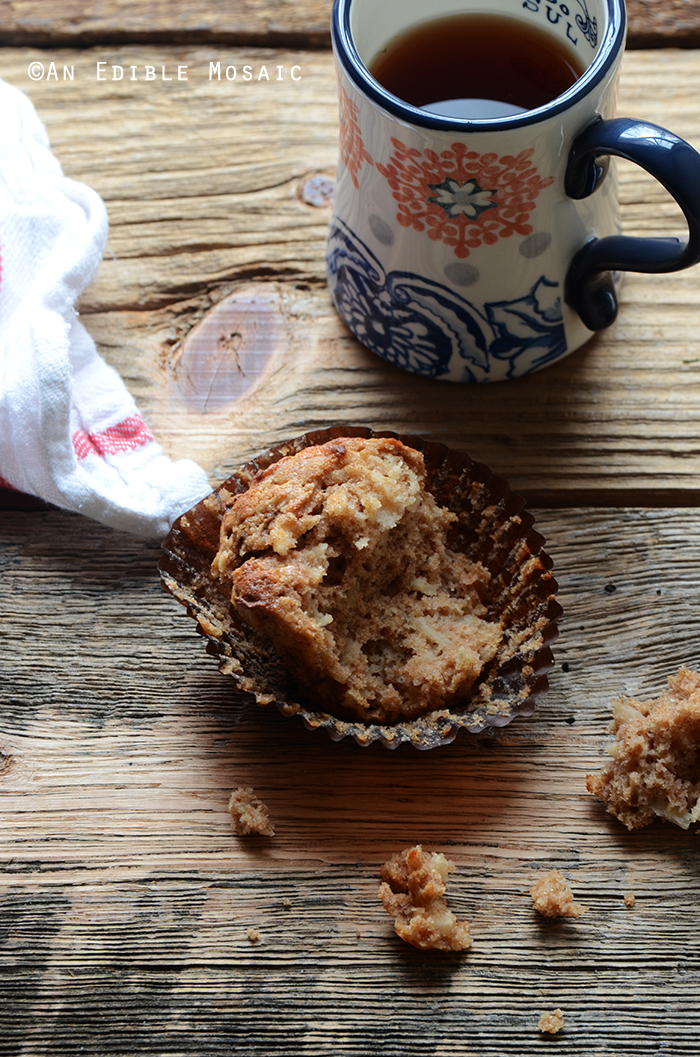 I did a little research and according to Our Everyday Life, sour milk is commonly used in baked goods because it helps prevent them from being dense and tough. It also imparts a pleasant tang, similar to buttermilk or yogurt used in baking. And the heat during baking kills harmful bacteria that can cause food poisoning.

Pro Tip: If you’re squeamish about using sour milk, in this recipe you can substitute buttermilk or regular milk that’s curdled with a splash of lemon juice or vinegar. 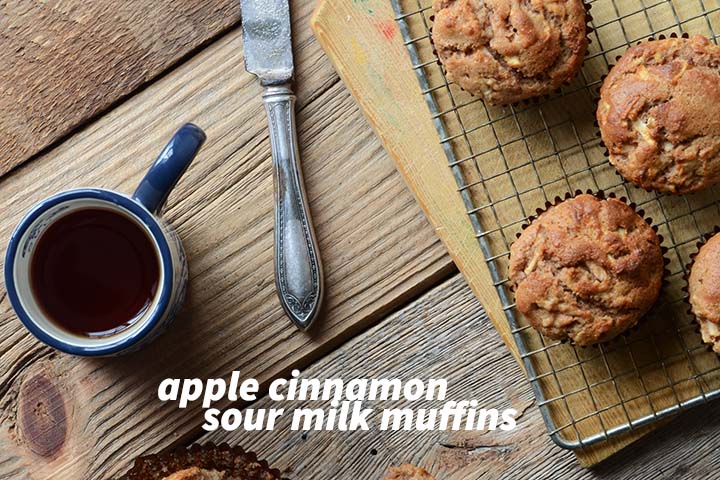 I looked into it, and apparently there are quite a few different sour milk recipes. If buttermilk is an ingredient, it’s like that you can use sour milk instead. 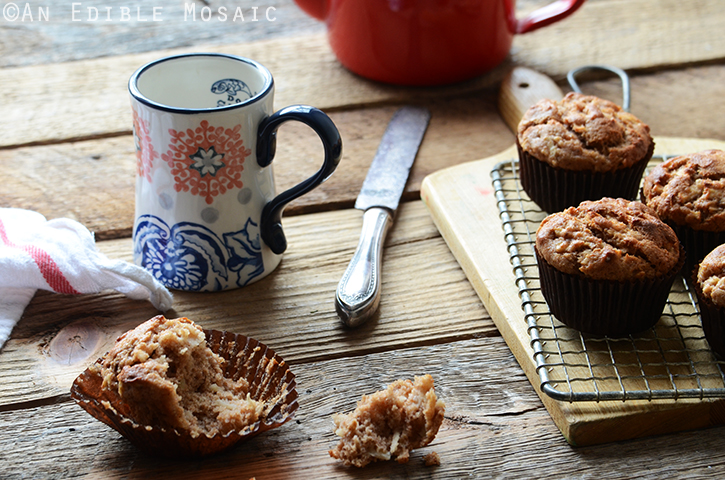 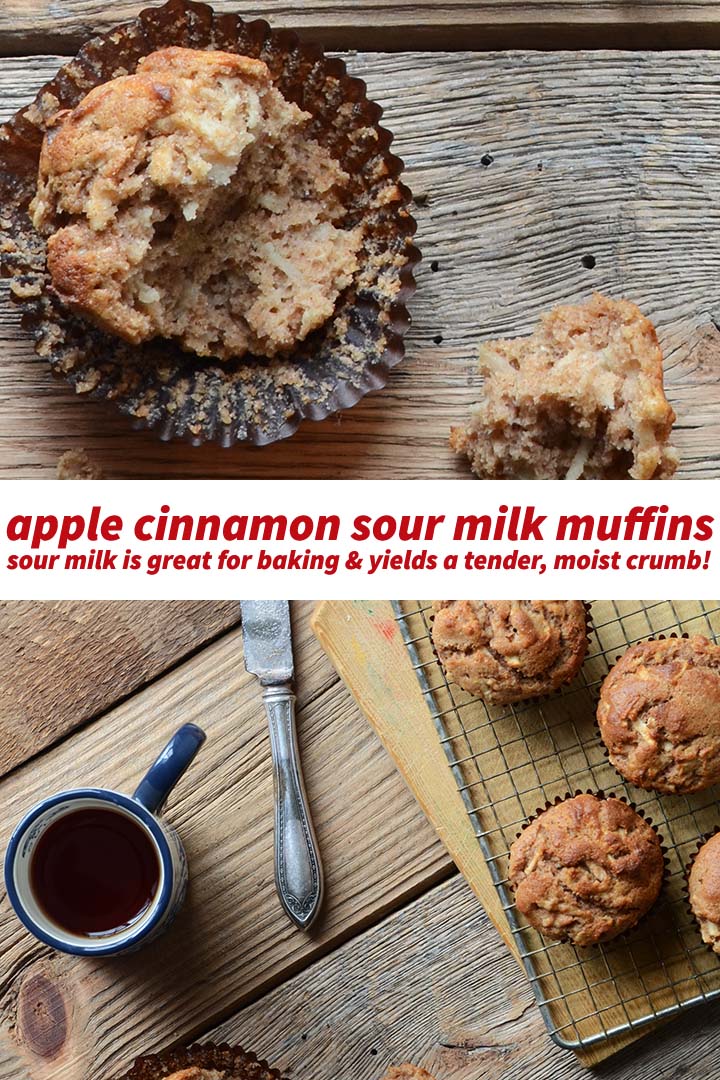