After lots and lots of testing, I’m dubbing this the Best Paleo Cinnamon Roll for One! It’s slightly chewy in texture, subtly sweet, and bursting with buttery cinnamon flavor. And heads-up, if you feel like sharing with your sweetie, it’s big enough to do so.

Certain days just call for a cinnamon roll, the way some days require mittens and others call for umbrellas. Now, as true as that is, it’s also true that food “can either be the safest and most powerful form of medicine or the slowest form of poison” (quote by Ann Wigmore), so even when a cinnamon roll just seems to be in order, I’m a much happier girl whipping up this paleo version than grabbing one at the mall. Not only do I feel better about my choices, but bonus, there’s no ensuing sugar crash. 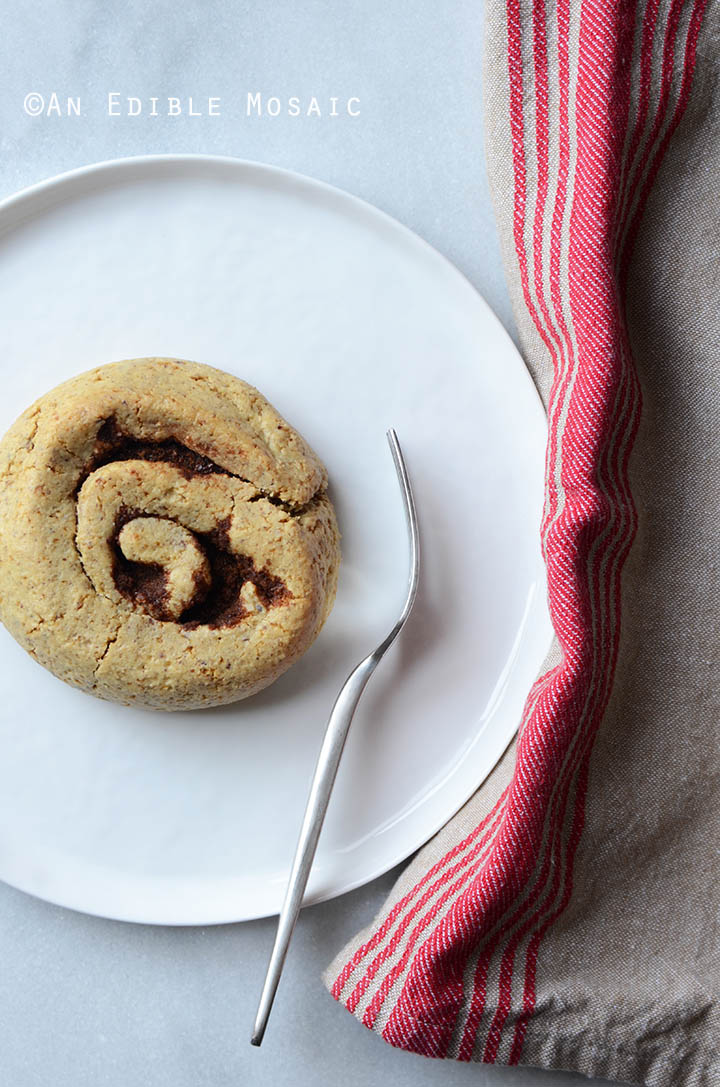 I’ve had a paleo cinnamon roll on my “to-make” list for forever now (ok, more like a solid year, basically ever since I saw Detoxinista’s lovely version here). Of course along with being able to cross a recipe off my “to-make” list comes several rounds of testing. In coming up with this recipe, I tried various paleo-friendly flours, including coconut, arrowroot, tapioca, and almond, in just about every combination you can think of. I also tried using a whole egg versus using an egg white or just a yolk. In the end I went with an almond flour/tapioca base with just a little flaxseed meal added in to give it a bit of chewy texture, and a single egg yolk for richness and moisture.

Now, I’m not saying that this grain-free, gluten-free, dairy-free, and refined sugar-free version of a cinnamon roll is an exact replica of Cinnabon, but honestly, it’s pretty darn delicious. The tapioca and flaxseed meal do lend a slightly chewy texture (if it’s eaten while still warm!) and it’s full of buttery cinnamon flavor. The sweetness level is spot-on, being perfectly sweet, but not overly so.

I came up with the frosting component knowing full well that if I didn’t, I’d have requests for it. But if I’m being totally honest, I have to admit that my preference is to forgo the frosting and instead top the still-warm cinnamon roll with a pat of grass-fed butter instead. It’s bliss.

Another thing I like to do with this recipe is transform it into a “sticky bun”. I add 1 tablespoon of chopped walnuts or pecans to the filling and when it’s out of the oven, drizzle a little Paleo Salted Coconut Caramel Sauce on top (if you happen to have some on hand). A drizzle of maple syrup or honey would do the trick too.

Is there a regular recipe you’d like a paleo version of? 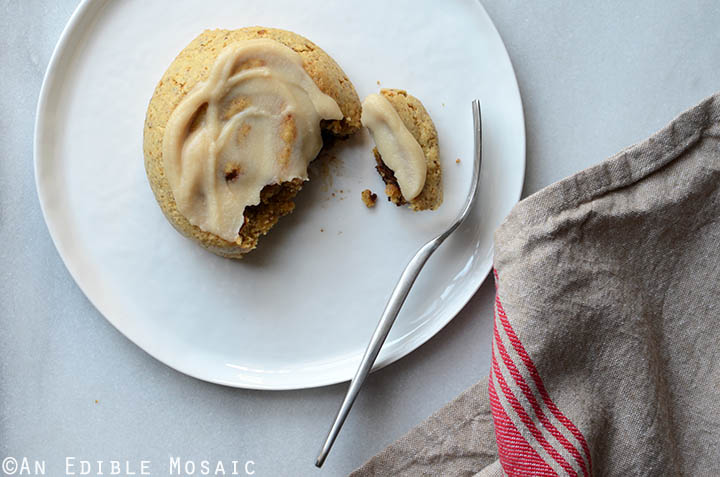