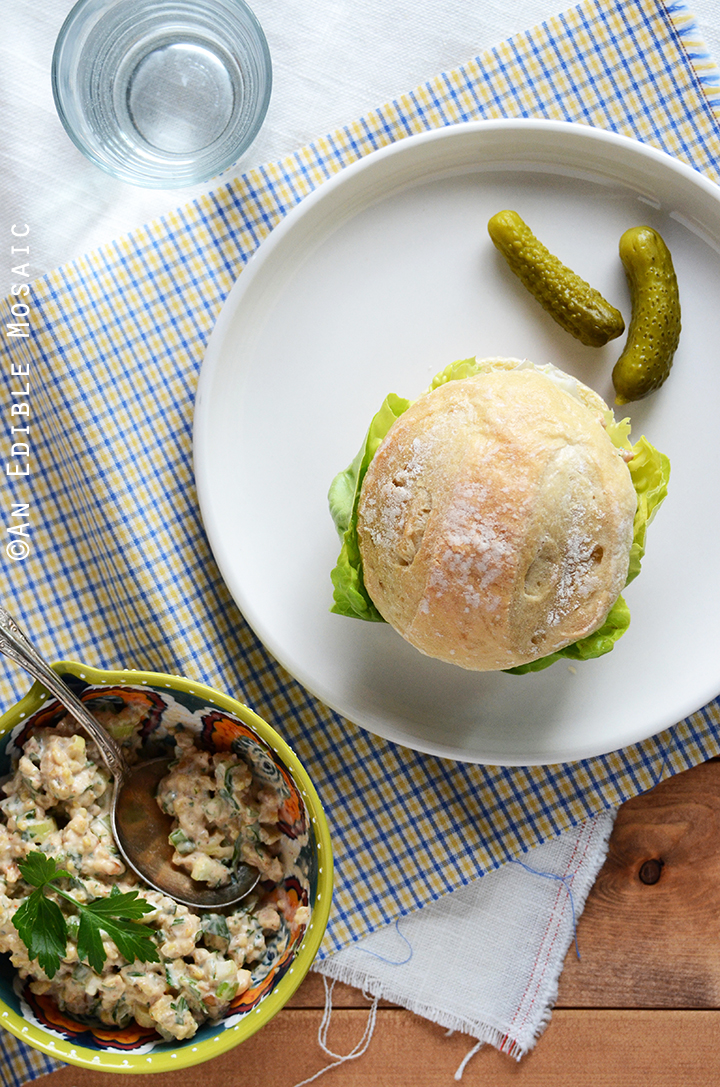 When I think of tuna, I think of being a kid. Of schooltime lunches: cold sandwiches packed by my mom or hot open-face melts with cheese. Of the multitude of casseroles my mom used to make (so many casseroles!); I remember two in particular: a creamy one with peas and toast, and a crispy one topped with potato chips and brown sugar (they really did taste so much better than they sound). I think of summertime, picnics and parties, and cold tuna pasta salad. I love tuna, and for me, it’s just one of those foods that has a million memories attached to it.

Greenpeace emailed me last week to tell me about a recipe contest they launched, called Think Outside the Can, to raise awareness regarding the destructive and irresponsible tuna fishing practices that many major companies engage in.

From the contest website, “Canned tuna is an affordable source of protein that many families depend on. But if companies like Chicken of the Sea don’t change the way they’re fishing for tuna today, we will lose the ocean ecosystems they depend on, and scarcity will cause the price to skyrocket tomorrow. The industry’s push for unsustainable canned tuna has left many species on the brink of extinction. Overfishing runs rampant across the globe, and countless animals such as sharks, turtles, rays, and many kinds of juvenile fish are killed every year by the global tuna industry. Until the industry changes its ways, we have to look to sustainable tuna options, and tuna-free versions of our favorites.” 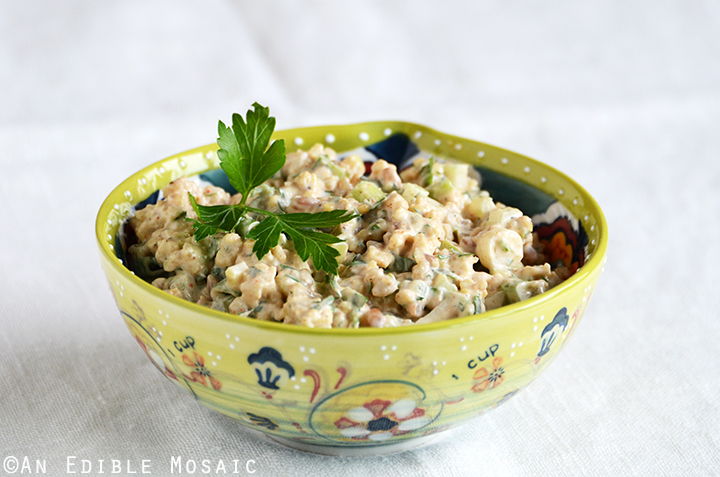 Not only do I love tuna, but I love being able to help spread the word about such an important goal. I immediately knew I wanted to participate.

They’re looking for tuna-free alternatives to classic tuna recipes. I spent some time thinking about my favorite tuna dishes, but in the end I chose to make a vegetarian version of the simplest, most basic tuna recipe I can think of: tuna salad. It’s the most versatile tuna recipe (you can eat it on a sandwich, as a melt with cheese, on top of salad greens, tossed with cooked pasta, or as a spread for crackers), but what I love most about it is how unpretentious it is. It reminds me of my long-standing tuna-loving days dating back to my childhood.

Instead of tuna as the base of this salad, I used crumbed 5-grain tempeh. The 5-grain aspect of the tempeh caused some slight color variations (some of the grains were darker than others), which mimicked tuna’s natural look and gave the salad a very realistic tuna appearance. The salad really did taste like some kind of seafood salad, and it was family-friendly (read: a huge hit all around!). I know it will become a favorite tuna salad replacement in my house, and hopefully in your house as well. 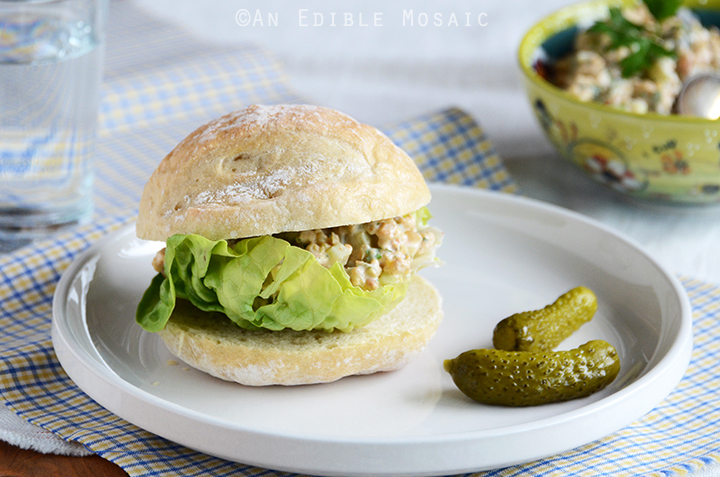