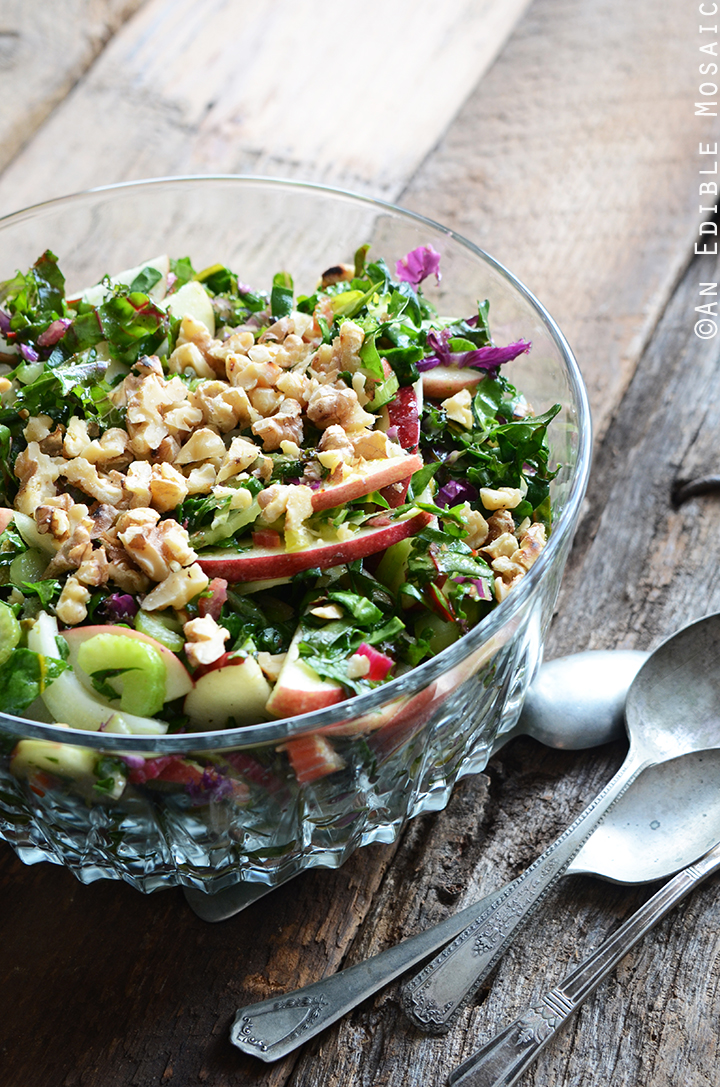 I swear, if you hop backwards 11 times facing the sunset every Sunday, you won’t be sick all week!, a friend told me. Hmm…I guess I can see how that would work, I replied with a smile on my face. (Not so much, really, but who am I to judge?)

Anyway, I also have my own ideas on how to avoid colds and flus during cold and flu season. I try not to skip workouts (because they clean out my lungs), I religiously take a vitamin C pill every day, and I drink plenty of water. 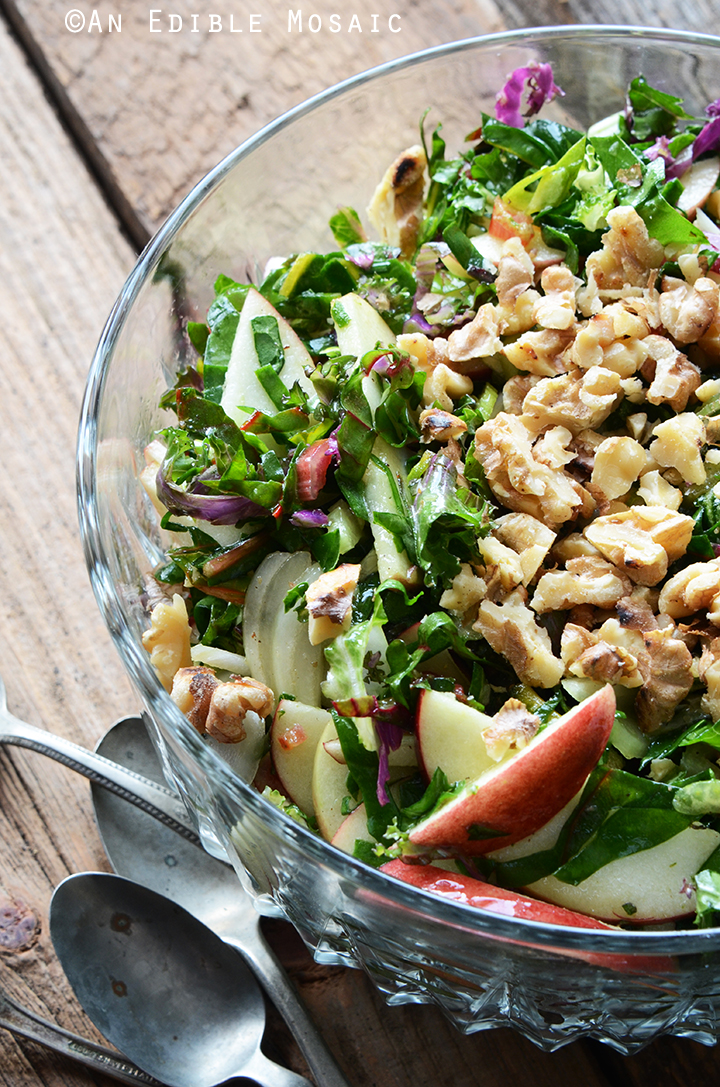 I’ve heard at least 100 different remedies for either preventing or curing sickness, some sillier than others, but most likely very few (if any) of which are effective (of course other than the placebo effect). But something that most of us can probably agree on is the importance of eating fresh fruits and vegetables; in particular, eating the rainbow.

Raise your hand if you remember the last time you had Swiss chard. No worries, me neither, at least until I made this salad! 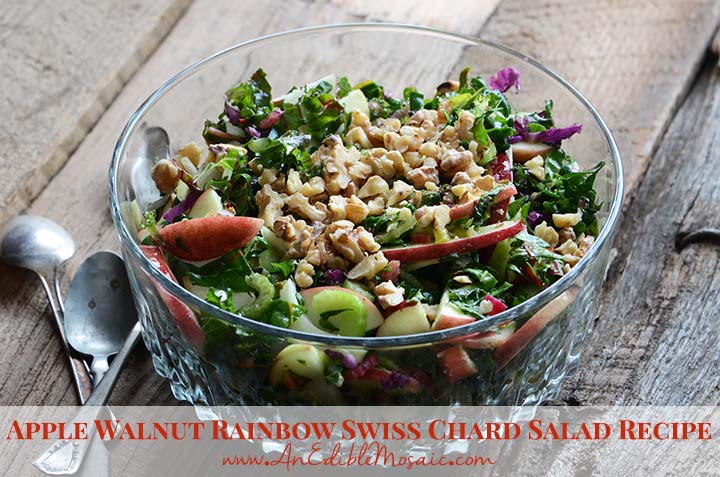 This Apple Walnut Rainbow Swiss Chard Salad is really easy to make and comes together quickly. Despite using just a few simple ingredients, it packs a serious punch of flavor, not to mention nutrition.

Take that, cold and flu season!

Can Swiss Chard be Eaten Raw?

Yes! You can eat Swiss chard raw or cooked. Note that when you cook Swiss chard, it will cook down a lot the same way that other greens will, such as kale and spinach.

Do You Eat Swiss Chard Stems?

Yes! Swiss chard stems are fully edible. Note that if you’re cooking Swiss chard, the stems take a little bit longer to cook than the leaves. 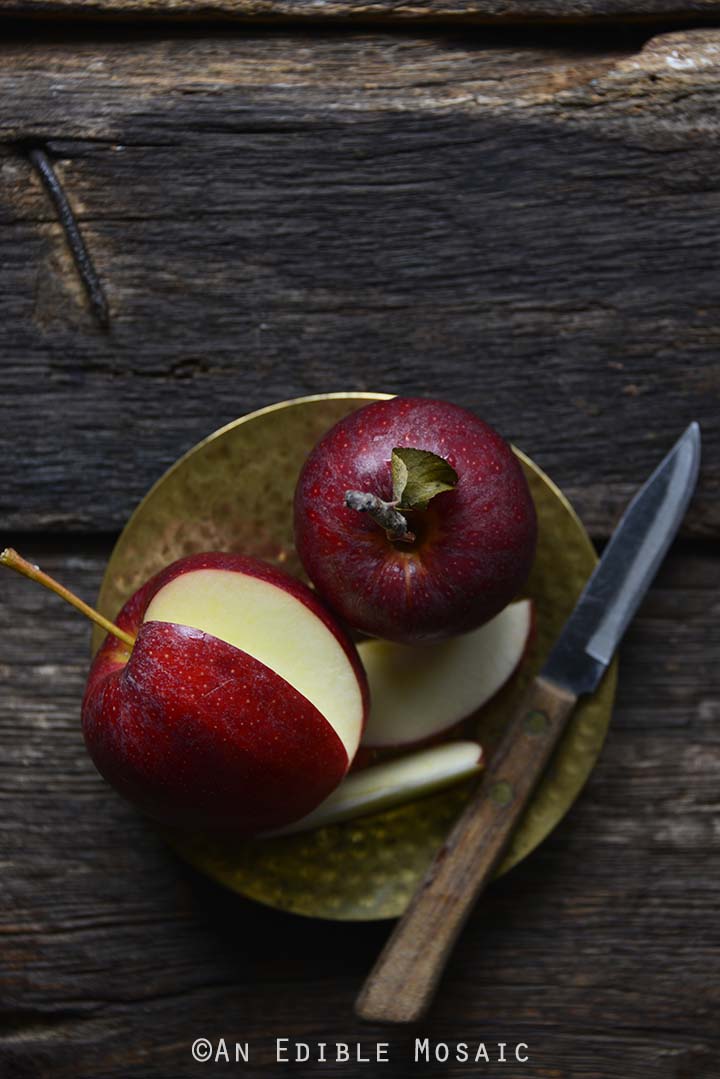 According to the USDA Food Database, 1 cup (36g) of raw Swiss chard has the following nutrition information: 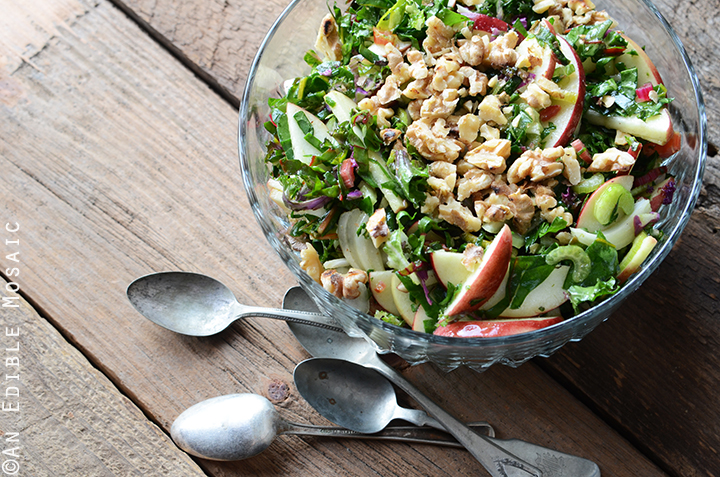 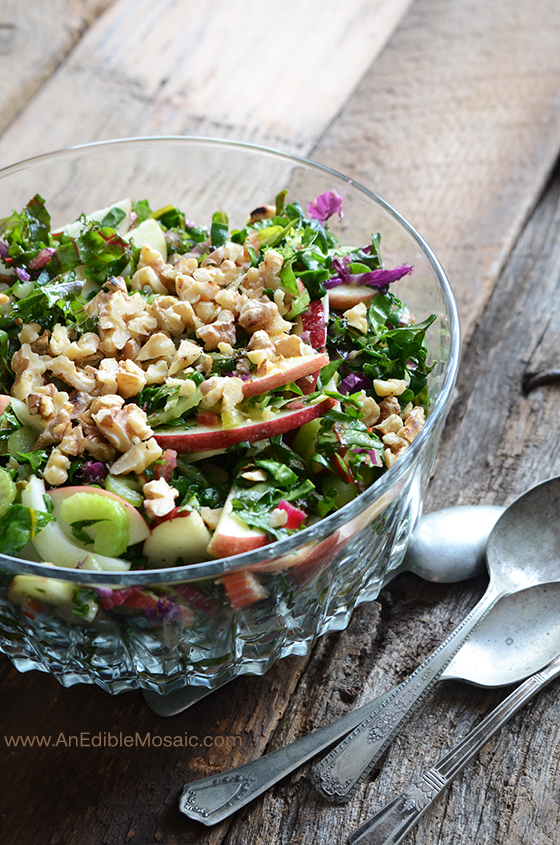 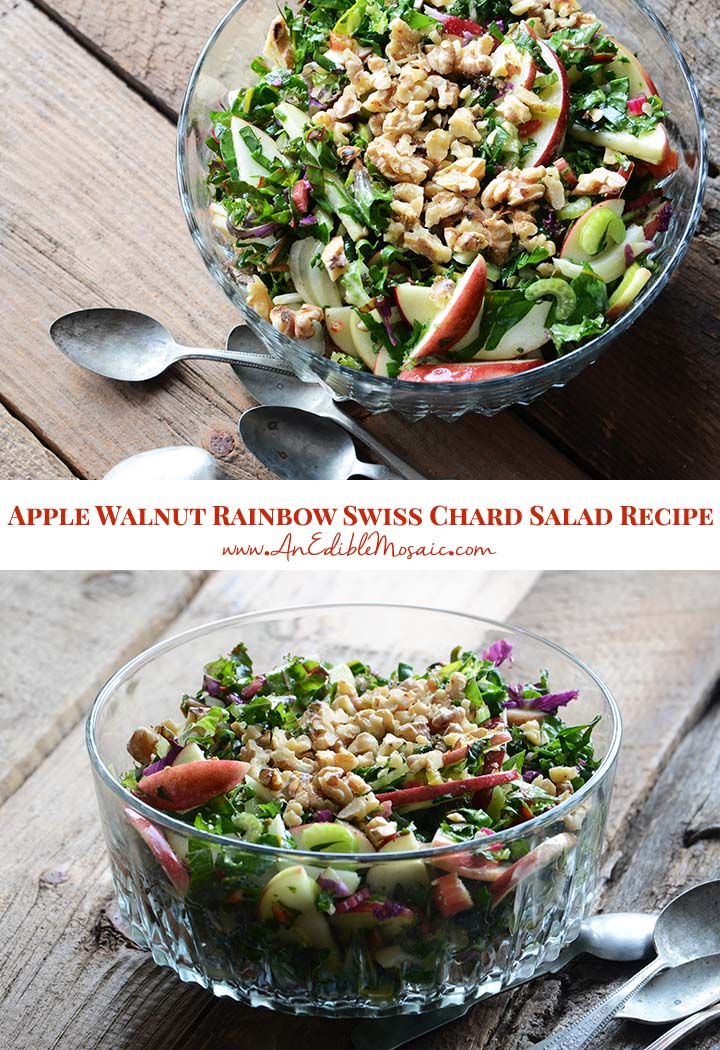 This post was first published on An Edible Mosaic on February 12, 2014. I updated it with more information on February 5, 2020.