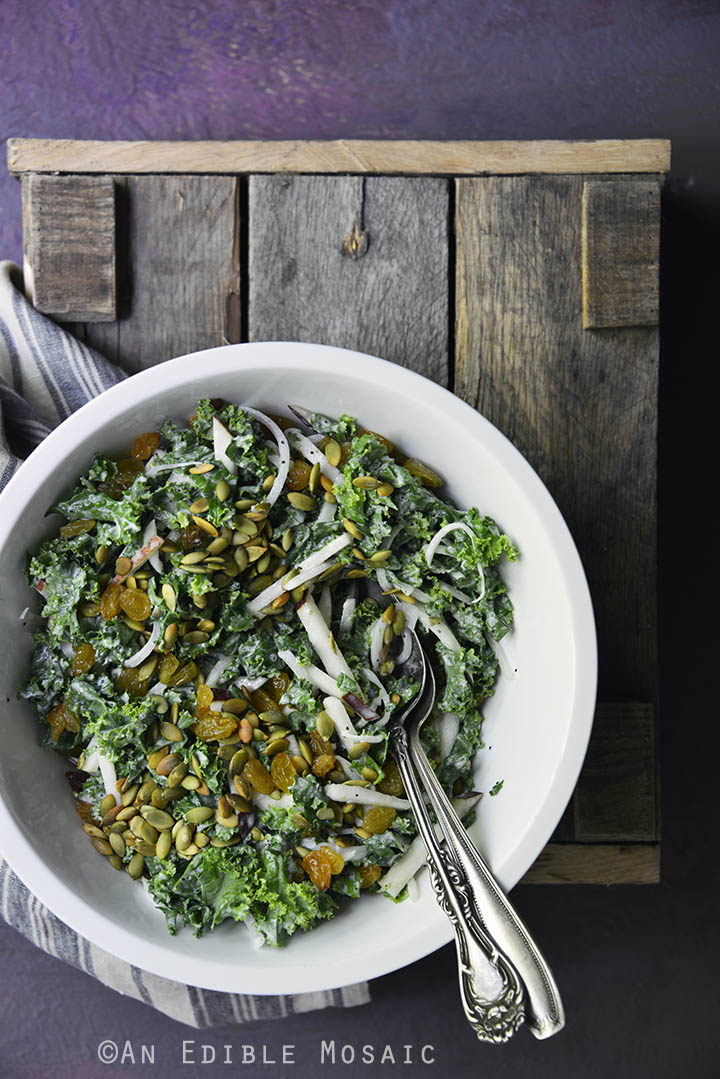 With pear, kale, and toasted pumpkin seeds, not to mention the gorgeous golden shade of sultanas that mimic the color of changing leaves, I’m hard-pressed to find a salad that says fall more than this one. Unless of course if you go and add something like butternut or pumpkin or maybe apple to it (because they really are the epitome of fall, aren’t they?). 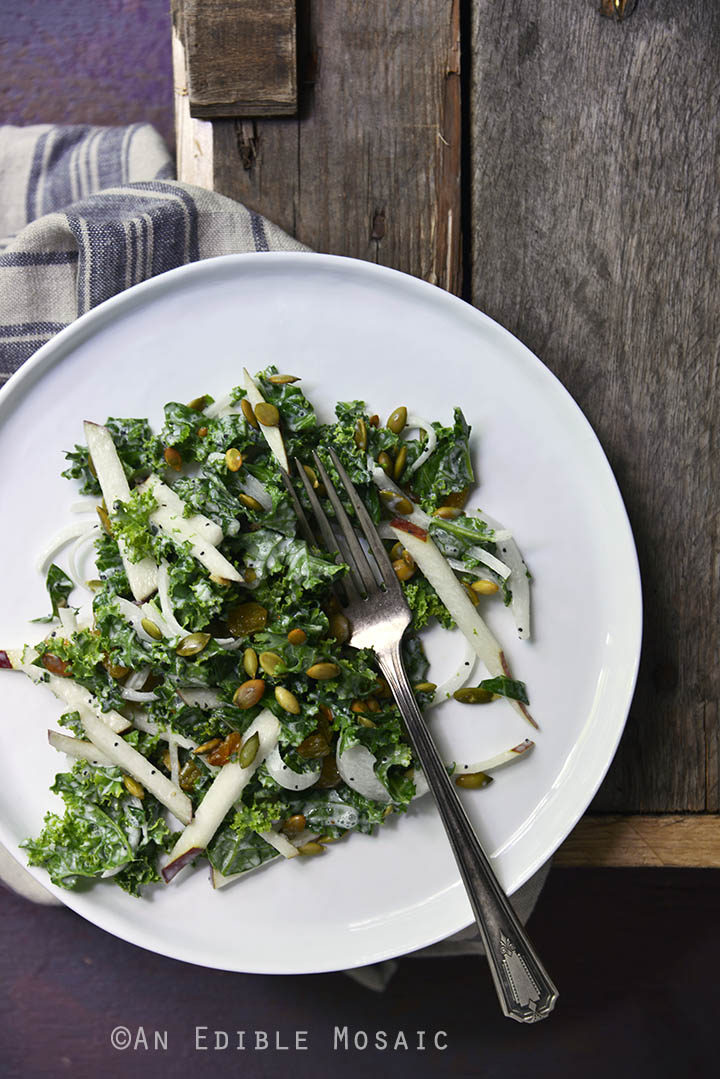 (But if you’re looking for a salad with butternut, take a peek at my Roasted Butternut Squash Salad with Chickpeas, Kale, and Pearl Couscous and if you wanted something with apple, my Harvest Kale Salad with Acorn Squash, Toasted Hazelnuts, and Apple-Cinnamon Vinaigrette is sure to hit the spot. Really though, if “go big or go home” is how you roll, you’ll want to go for my Roasted Delicata Squash, Pardina Lentil, and Kale Salad with Maple-Pear Balsamic Vinaigrette, which just happens to be vegan and detox-friendly, and quite possibly the best salad I ever put in my mouth.) 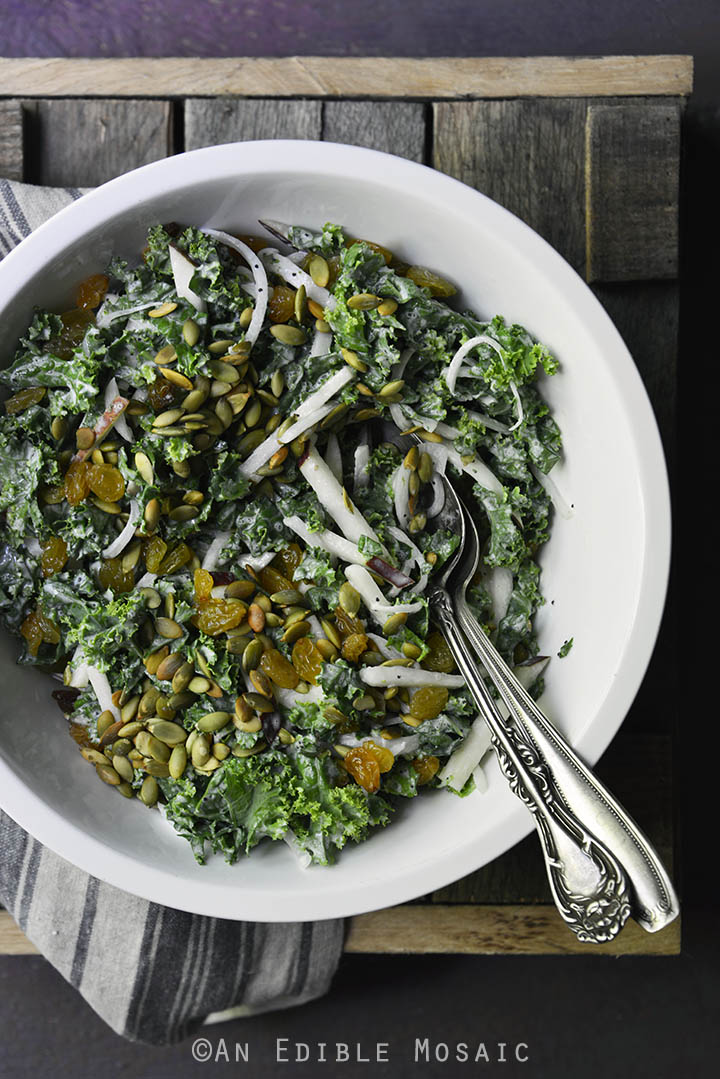 Back to this beauty though. Here I paired sweetness from pear and golden raisins with nutty crunch from toasted pepitas and earthiness from kale. A creamy sour cream-based poppy seed dressing pulls everything together for a bit of decadence (because sometimes salad just needs a little decadence, lol). Truthfully, I went with a dairy-based dressing because I’ve been into pairing a source of calcium (sour cream) with a source of oxalate (kale) since my kidney stone incident; you can read about the whole ordeal and the “why” behind that pairing in this post if you’re interested. You could probably substitute Greek yogurt instead of sour cream if you prefer (or maybe do a mix of half sour cream/half Greek yogurt).

This salad makes a great side for dinner or lunch on its own!

Looking for more kale salad ideas? Check out How to Make a Kale Salad on Cooking Light! 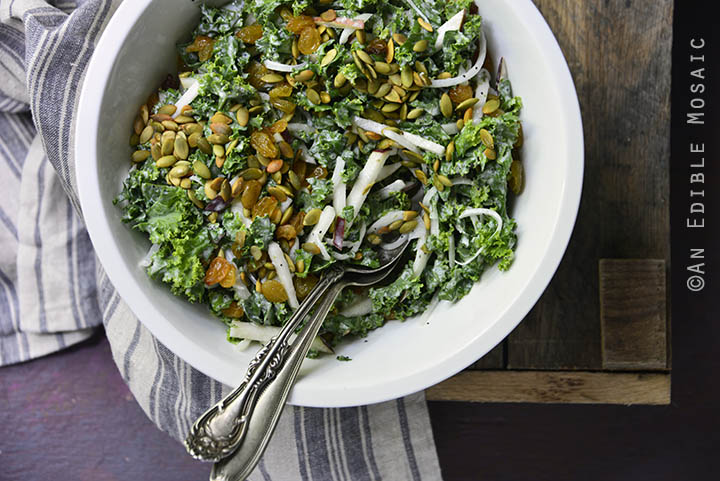