Guinness Beef Stew and Irish Soda Bread are a cold-weather classic that’s sure to warm you up! 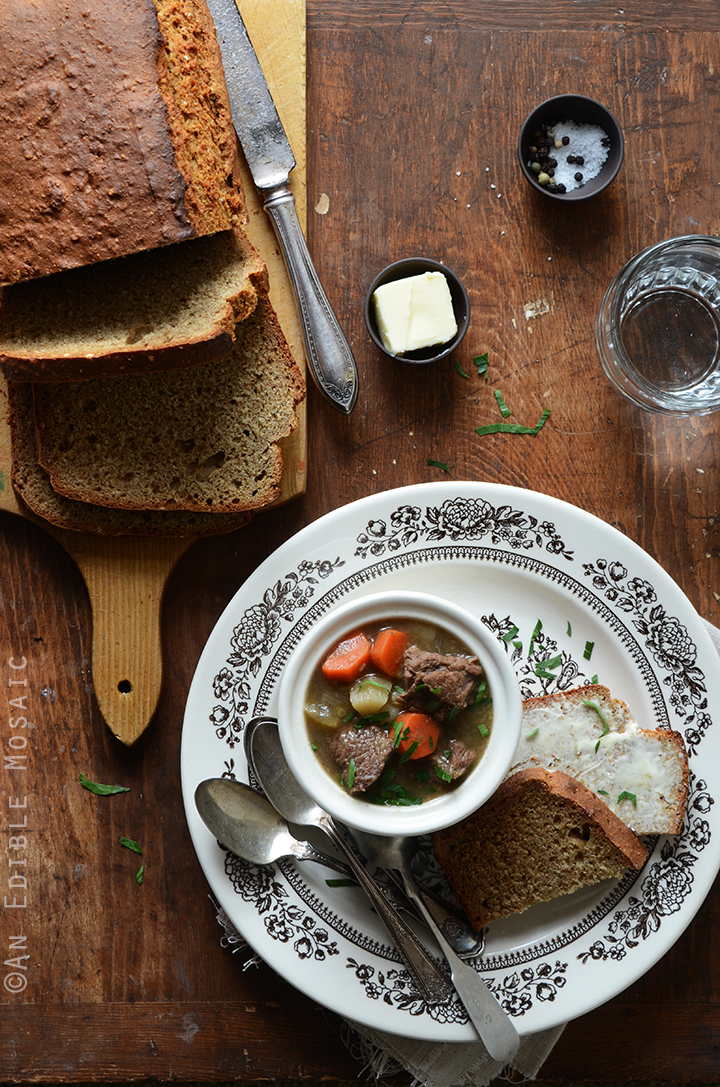 Saint Patrick’s Day is almost here! A time for parades, wearing of green, and dying of anything and everything to match that brilliant shade of emerald.

The Chicago River, Dyed Green for St. Paddy’s Day (I originally found the image on Flickr, but it isn’t up there anymore!)

When you think of St. Paddy’s Day, what is the first thing that comes to mind? Corned beef and cabbage? Shamrocks? Green beer?

I think of hearty, warming foods. Slow-cooked, braised meat dishes…potatoes, root veggies, and comfort. Recently, I was looking through one of my new cookbooks, The Irish Pub Cookbook by Margaret M. Johnson. The book is full of lovely pictures and homey recipes. Simple, quality ingredients are combined with traditional cooking methods, and the result is food that withstands the test of time. 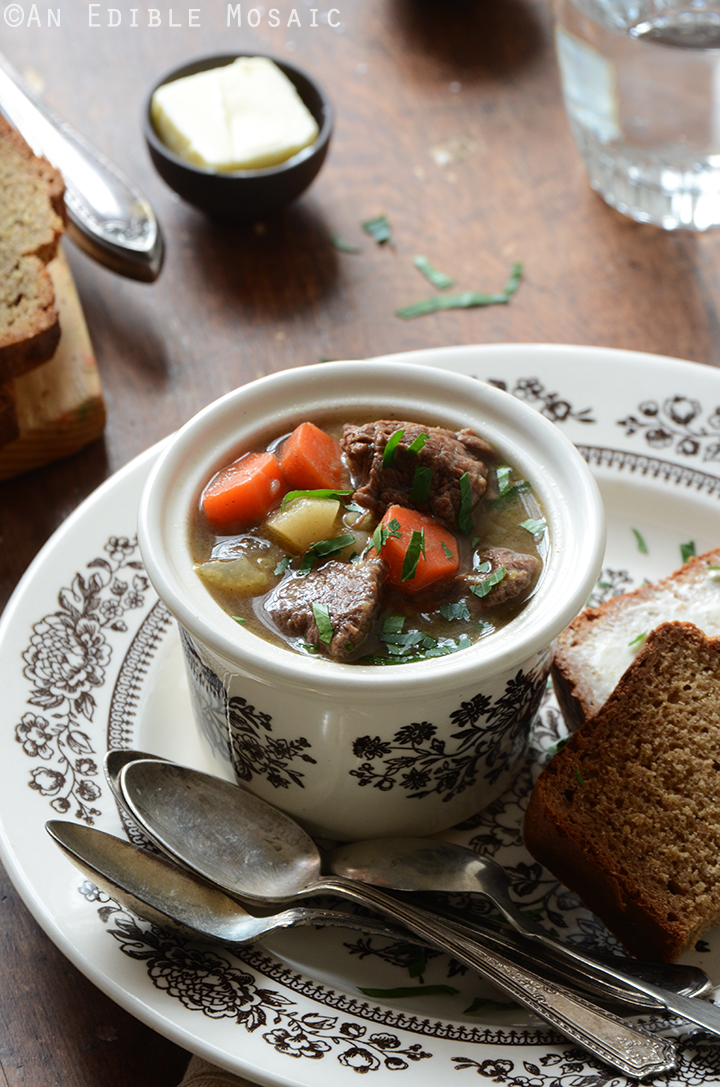 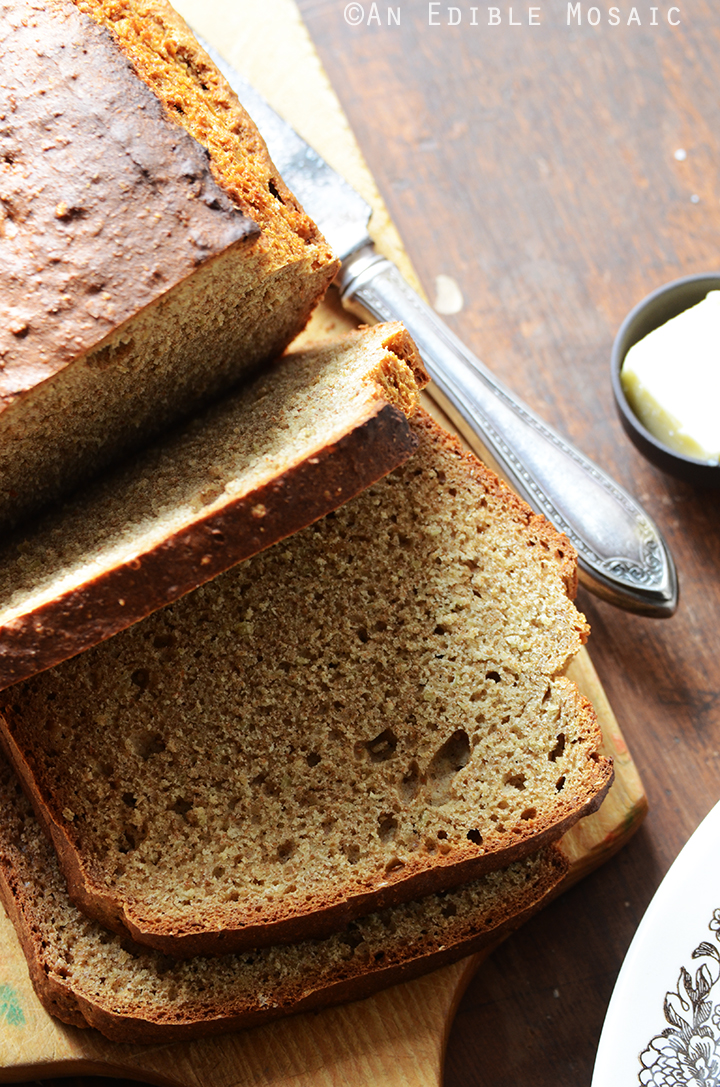 When I was thumbing through the book, I came across a recipe for Guinness Beef Stew. If you’ve been reading my blog for a while you might know that Mike and I don’t drink alcohol…but that doesn’t mean I don’t like to use alcohol in recipes for the flavor and let it cook off. This stew basically jumped off the page at me. 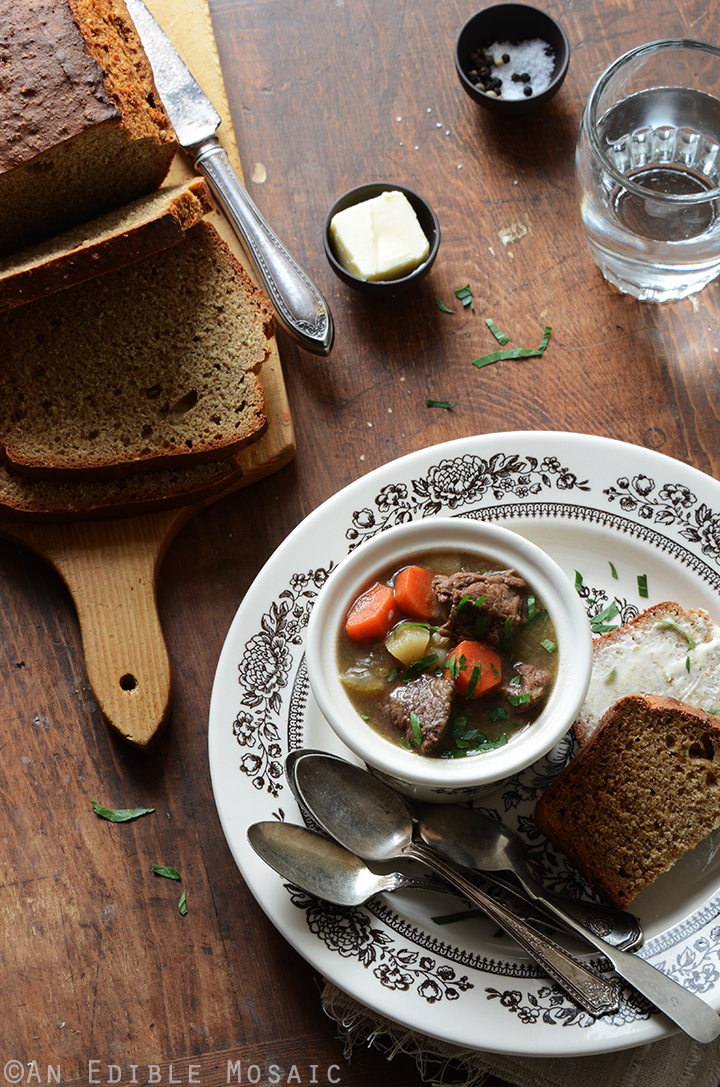 I made several changes to the recipe. The original called for a turnip; believe it or not, I’ve never eaten a turnip in my entire life (and I was raised in a veggies-every-day household!). Despite that, I added a turnip to my shopping list and looked for it at the store. I couldn’t locate a turnip to save my life so I asked a grocer who told me they didn’t have any that day. Oh well.

I decided to add some celery and cabbage to bulk it up. (I cooked the cabbage along with the beef and the cabbage just seemed to melt into the broth, which was exactly what I was going for.)

The original recipe didn’t have any potato in the stew; instead, it suggested serving the stew with mashed or boiled potatoes. I just saved myself a step and added a potato to the stew.

Lastly, the original recipe called for quite a bit more butter and oil than the amounts I used (it originally called for 4 tablespoons butter and 1/4 cup oil), but I found that the recipe was perfect without all that added fat. The end result was nothing short of pure comfort. 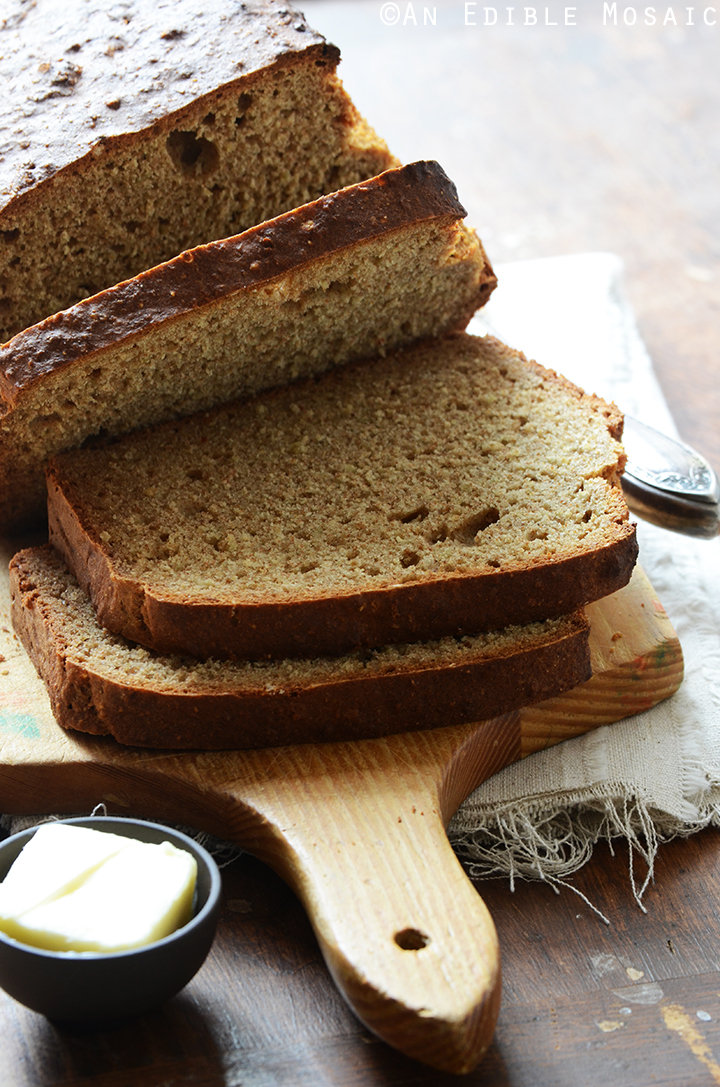 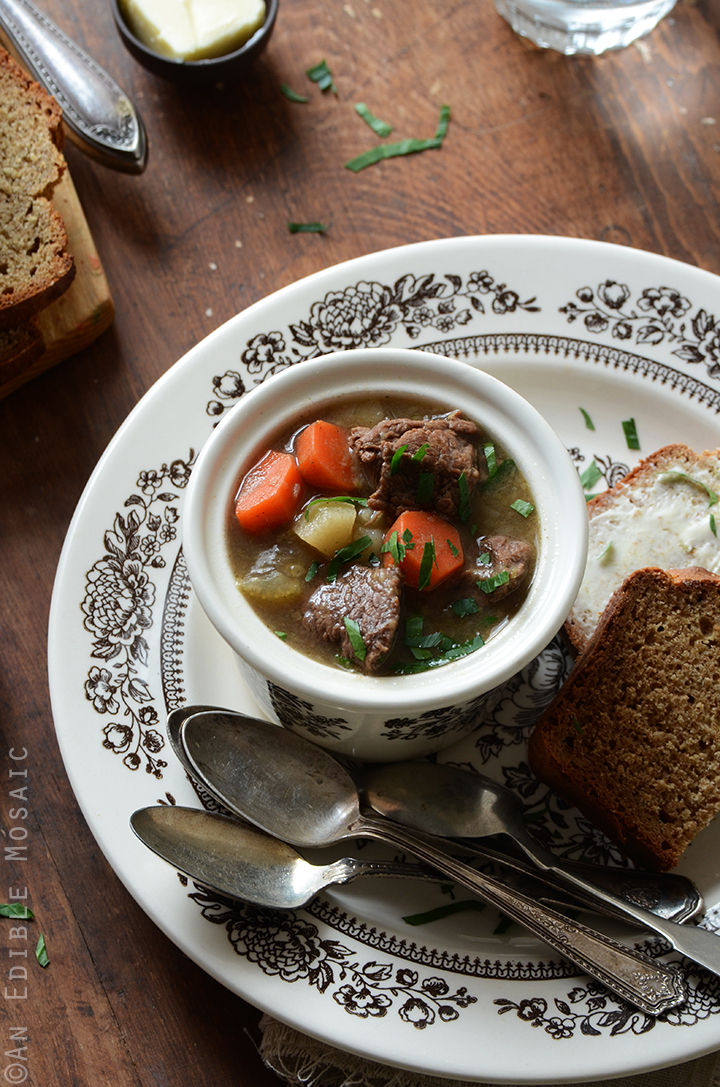 In The Irish Pub Cookbook, I also came across several fabulous-looking recipes for Brown Soda Bread. I couldn’t decide which one sounded the most delicious, so I made a variation incorporating the best of a couple different recipes. This bread is the perfect accompaniment (and utensil) for soaking up hearty Guinness Beef Stew. 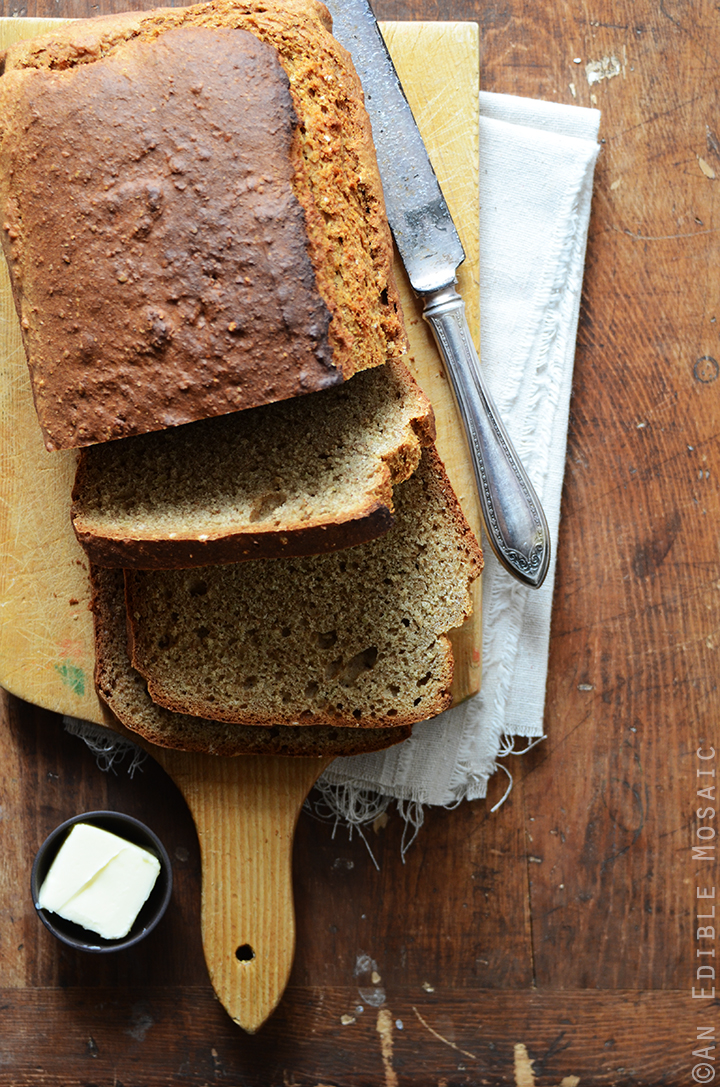 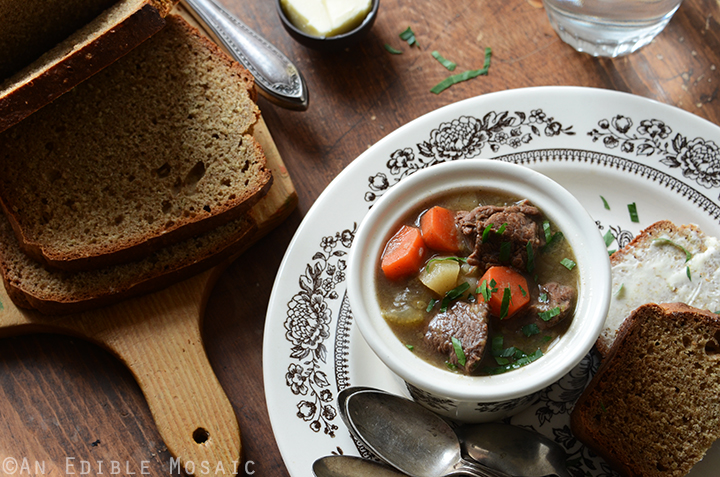 Update (February 8, 2015): I made this dish again and perfected the recipe and snapped a few pictures, so I decided to update both the recipe and the photos in this post.